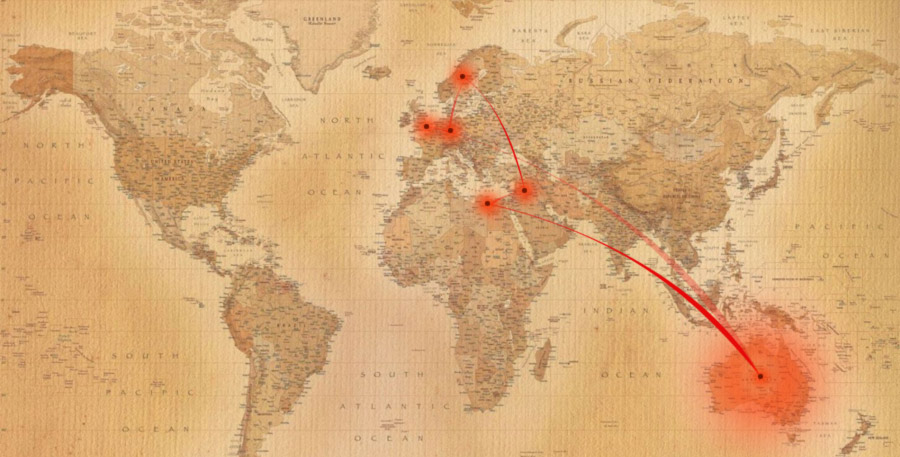 The idea of sour beer is fairly simple; sweet wort undergoes a spontaneous fermentation when wild yeast is introduced into the mix. This then leads to the production of alcohol and a sour flavor (usually from lactic acid). We can announce this lovely fact today because thousands upon thousands of brewers before us have looked through microscopes, written books and published articles on the subject. But what if we were the first? What if we didn’t have electricity or a microscope or even a way to communicate with the brewers living just a few hundred miles down the road? Thankfully, the ancient peoples of the word were so damn thirsty they managed to figure sour beer out.
In Egypt, a kind of yeast-heavy bread was made by the women of each household and this was used to create a grain bed on the bottom of large fermenting vessels. The brewers would add water and local fruits such as dates for flavoring, which would then promote the growth of yeast populations. The Egyptians also loved to add honey, making a kind of muddy, mead hybrid that still contained the original bread mixture. This fermented slush was handed out as rations several times a day to the rulers of the empire, as well as the slaves, so that everyone could enjoy the mystical and nourishing stuff. I doubt too many modern drinkers would still consider the gruel a session beer, but it would have made building the pyramids a whole lot more tolerable. 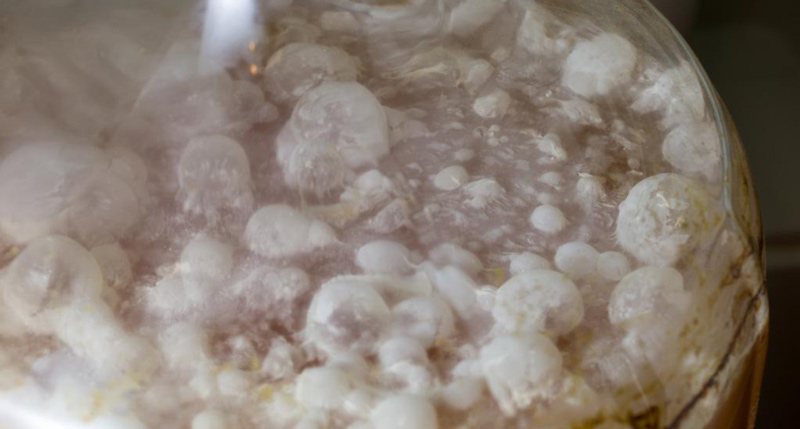 In Mesopotamia (once a strip of land in what is now The Middle East including parts of Iraq and Syria), beer drinkers would use river reeds as straws and sip a pulpy beer up from a communal bowl. It’s unfortunate that very little documentation on the exact process of brewing, including ingredients and methodical instructions, has survived from this ancient civilization. As such, we can’t be exactly sure how the Mesopotamians introduced yeast into their tubs of barley stew. But, it’s likely that they were clever enough to siphon some of the ferment from the top of an older batch onto the new wort as they were producing it. Good thinking! Of course, as sanitary and precise brewers in the twenty-first century, we know that this process probably encouraged more spontaneous fermentation through the exposure to the air.
To Africa! This is where is gets really cool. African brews were a similar bready gruel to those found in Mesopotamia and especially Egypt (due to the geographical location), but these drinkers handled the product a little differently. In Africa, the beer was stored in mud containers, which were partly constructed of soil. All sorts of microorganisms were encouraged to infect the beer in this way, not just yeast, and some of them had medicinal properties. Many (perhaps even most) civilizations have acknowledged beer’s pharmaceutical properties, but there are African tribal remains that contain the antibiotic “tetracycline”. The figures indicate that, in some areas, ninety percent of the population had consumed the antibiotic-beer, including children as young as two years old.

As old as Belgian Lambics are, some beers are 1000 or more years older. However they aren't being produced.
Given that it took the rest of the world another 1500 years to discover, produce and distribute tetracycline, these sour beer brewers were pretty far ahead of their time. If we’re talking about items transferring microorganisms, we need to talk about Scandinavian brewing. The farmers of the past in this cold, cold corner of the planet knew that there was something causing the miraculous fermentation of their household beer. They also knew that if they took care of it, they’d be rewarded with a higher quality drink. These small family groups weren’t brewing on the same scale as the Egyptians, who could simply transfer a live yeast cake to a fresh brew. Instead, they had to keep their dry yeast cultures alive for weeks at a time. To do this, the Scandinavian brewers used porous objects like wooden poles with holes carved into the sides or string to soak up some of the yeast-rich brew. These items could then be stored and used again when the next brew day arrived. Families who ran out of yeast could even stroll to a neighbor’s house and ask to borrow their yeast log. I’m sure you’ll agree that it sounds a lot more precise than rationing out buckets of (wonderful) beer-gruel and the high-quality farmhouse ales that were produced in Scandinavia are still being replicated today.
If you already know a little about wild yeast, you probably know where we’re heading when we mention “wood”. Yep, we’re finally on to Lambics in Belgium. In the middle of the nineteenth century, the only place in Belgium that a legitimate “Lambic” could legally be brewed was within a couple of miles of Brussels. If it was brewed far, far away, the beer bosses didn’t consider it the real thing. This was partly due to the false assumption that the microorganisms used to brew Lambic beers were unique to that area. But, only a few years after the turn of the century, a Danish scientist discovered that the same strain of yeast could be found in beers from Britain. He named this nifty little germ brettanomyces, which latter became brettanomyces, and can now be bought in any homebrew store and used to replicate the famous Belgium Lambic. But, our homebrewing methods are still only attempts at the traditional product.

The traditional Belgium method of creating a sour beer was to drain the wort into a wide, relatively flat pan to cool called a koelschip (or “cool ship” if you insist on ruining the awesome, original label). As the exposed liquid’s temperature dropped, the brewer encouraged the circulation of air on the surface of the beer by opening any window, hatch or door in the brewery. This allowed the breeze to throw millions of tiny little yeast molecules into their perfect environment: the sweet, warm liquid of cooling wort. When our brewer returned the next day, their batch was well and truly infected. Hooray!
Don't forget to check out the other Wold Beer Week articles.
Day 1: Kent England
Day 2: Australia
References:
DeBenedetti, C. (2013). A Brief History of Sour Beer. The New Yorker. From: http://www.newyorker.com/culture/culture-desk/a-brief-history-of-sour-beer
Garshol, L. (2013). Kveik: Norwegian Farmhouse Yeast. Larsblog. From: http://www.garshol.priv.no/blog/264.html
Garshol, L. (2013). Traditional Nordic Beer. Larsblog. From: http://www.garshol.priv.no/blog/208.html
Hill, J. (2010). Beer in Ancient Egypt. Ancient Egypt Online. From http://www.ancientegyptonline.co.uk/beer.html
Joshua, M. (2011). Beer. Ancient History Encyclopedia. From: http://www.ancient.eu/Beer/
Lambic.info. (2016). Lambic.info. From:https://www.lambic.info/Home
Roach, J. (2005). Antibiotic Beer Gave Ancient Africans Health Buzz. National Geographic. http://news.nationalgeographic.com/news/2005/05/0516_050516_ancientbeer.html

I am hoping to get to Pajottenland sometime soon. It's going to be fun researching the different experiences that I can have!
Awesome! Good luck with it mate
The use of "cool ships" was a common method of cooling wort until the 20th century. For example Pilsner Urquell was produced using coolships until the major refit of the brewery following the fall of the Iron Curtain and its eventual acquisition by SAB Miller. Obviously PU isn't a sour beer.
Coolships were also common in the UK, an example being still in place in the roof at the Hook Norton brewery.
I'd guess that the Belgian coolships were deliberatley left in an infected state, in a good way of course, as part of the process.
You must log in or register to reply here.
Share:
Facebook Twitter Reddit Pinterest Tumblr WhatsApp Email Link