I have several recipes that I brew in rotation; some take 2 weeks to finish, some can be done in 7-10 days, and I've used kveik to get one grain to glass in 5 days. I try to schedule my brews so that there's always something in the kegerator. If the pipeline gets low, I'll brew one of the "fast" ones to pump it back up again.

For me, it's not a matter of "how fast can I get this in the keg"; it's mostly a matter of "oh crap we're running low, let's get something in there quick", while also brewing something else that can sit for a while longer. Life sometimes gets in the way of my brewing. As the great @Yooper said, when a beer is done, it's done; letting it sit another week or two ain't gonna get it "doner". I also don't like letting beer sit on the yeast too long, unless it's a lager that will benefit from it. Even then, if it's reached target gravity I'll usually keg it on day 7 or 8, and let it finish out in the keg with a little extra yeast to help it along. They mostly turn out great, and letting them finish in the keg opens up the ferment fridge for another brew. I'm lucky to have a kegerator that will hold six cornies so I can afford to do that.

Rob2010SS said:
I keep seeing posts on social media with regards to "Beat my personal grain to glass record!", "Only XX days from grain to glass", etc. It seems people are focused on speed too much, no? Shouldn't we be focused on the quality of the product? Am I missing something, should I be focusing on speed?

I know that if you cut days out of your process as a commercial brewer, it can drastically increase how many BBL's you put out in a year, which ultimately means more profit. I just watched a video by Avery brewing where they were talking about a piece of equipment that took something like 4 days out of their process and it increased their BBL count significantly.

I don't know... I guess I'm just more focused on making sure the beers we make taste good. I have no intent of trying to cut X amount of days out of my process as a home brewer.

Do you guys focus on how long from grain to glass?
Click to expand...

I personally am not in a rush. I sorta fell into a pattern a couple years ago of brewing once a month. It's easy and efficient to bottle the previous batch during the mash. So that means I let the beer sit in the primary for four weeks. If I am dry-hopping, I'll do that a few days before, maybe the same evening I get my yeast starter going. If I'm doing a lager, I usually follow a Narziss-ish schedule which takes about 3 weeks, and then transfer to secondary for lagering after 3-4 weeks, and thus lager for 4-5 weeks, maybe more depending. I usually let the beer sit in the bottle for about 4 weeks too. On one hand, there is all this lore about "letting the yeast clean up after itself" and so on. On the other hand maybe I just like a predictable schedule. At any rate, it simplifies my brewing life a little, and my results are typically anywhere from decent to very, very good. At least according to me. I am not, repeat NOT, rushing. Would the beer be just as good if I did it quicker? Maybe. Would it be better? Doubt it.

How long does a beer take to make? How long is a piece of string?

Velnerj said:
How long does a beer take to make? How long is a piece of string?
Click to expand...

How do you hold a moonbeam in your hand?

Beermeister32 said:
Even with correct pitching rates, nutrients and oxygenation, lager yeasts take more time to do the job at their intended temperature range than ales.

If you are trying to speed things up by changing the fermentation temperature you might get more speed.

I've got a festbier going right now. Fermentation (52°) was fast and furious at the beginning. After six days it was quite tame (7-8 bubbles per minute in the airlock) and I began to raise the temp 2° per day. After resting in the mid-sixties for three days fermentation was down to 2 bubbles/minute, which I basically call "done." Am now lowering temp 4° per day and will get down to 40° about day 20. After that I'll rack & lower the temp the rest of the way and hold for Idunno weeks. My step starter was 1 L --> 2 L = 3L total, which it seems to me is neither too much, nor certainly too little for a 1.066 beer. The performance is in line with other lagers I've done (admittedly not many). If I could do it faster, that would be fine, but I'm not sure how. Maybe kegging would give me an edge? But again... 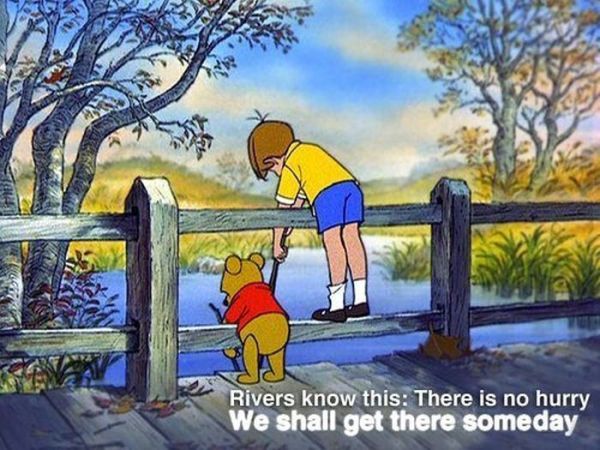 Okay, I'll answer the OP question. Pre-COVID, I donated homebrew for nonprofit fundraising events. We would go through 10-20 gallons of homebrew in one event, and sometimes there would be another event in a week or two. I didn't have enough space or equipment to have multiple brews going on at once, and sometimes got into a squeeze-play where I had to decide which event got beer. Kveik changed all that. Now I can supply 10 gallons of great beer on a week's notice.

Of course there are no such events now and I don't have any need to rush, except when the keg kicks before I expected it to and I find myself out of homebrew... But I have developed a real affection for the taste of Voss and Tormodgarden. Getting beer in a week is just a bonus now.

I used to rush it until I got tired of the last beer being the best beer and wishing I didn't choke down the first few.
Now that I'm coming up on a decade of brewing I have learned that waiting until each individual beer is done is always better. Each style can have different time requirements so it really just depends what it is.
With that said I have also been a firm believer that beer is done when it's needed. When a situation arises and beer is needed, bam, it's there and it's good enough!

S-Met said:
Why make cars that go 150mph when the max speed limit is 75? Because we can.

While I mirror your sentiments of why rush, there is no denying that some hoomanz are competitive in nature. Doing something for the "bragging rights" or maybe just proof to themselves that they can do it.
Click to expand...

Can I do it?
Probably.

Rushing into All Grain?

What can I make in a rush?