Pinhole in corny, can i silver solder it?

Jayjay1976 said:
If one of my kegs had a pinhole I would certainly try to solder it. What's 30 PSI amount to on a tiny hole with a diameter of 1/64"? I might only use it for storing StarSan to purge other kegs, etc, but that tiny hole sees very little pressure in a homebrew situation. If the soldering job turned out really well I certainly would put it back in beer service.

OTOH, the question about bleach damage is a good one, if that were the cause it's likely it will spring several more pinhole leaks. In that case I would strip it down and scrap it.
Click to expand...

If you leave 100% bleach in a keg for a few days, you will end up with a pinhole right at the exact spot shown in post #1. Then, when filled with beer, it will slowly leak into the rubber seal, and you end up with 5g of beer on the floor of your keezer. Then you scratch your head many times because you can't figure out how it's leaking until you you cut away the rubber. Ask me how I know In my case, keg got recycled. In the case of an unscrupulous person, it might end up on craigslist and become a problem for somebody else (which is likely what happened here).

I agree that that the hole size means the solder or other fix won't likely fail. Minor correction to what was posted above: the hole will see the same pressure as the rest of the tank (i.e., 30 psi). But the force is less (force = psi*area). 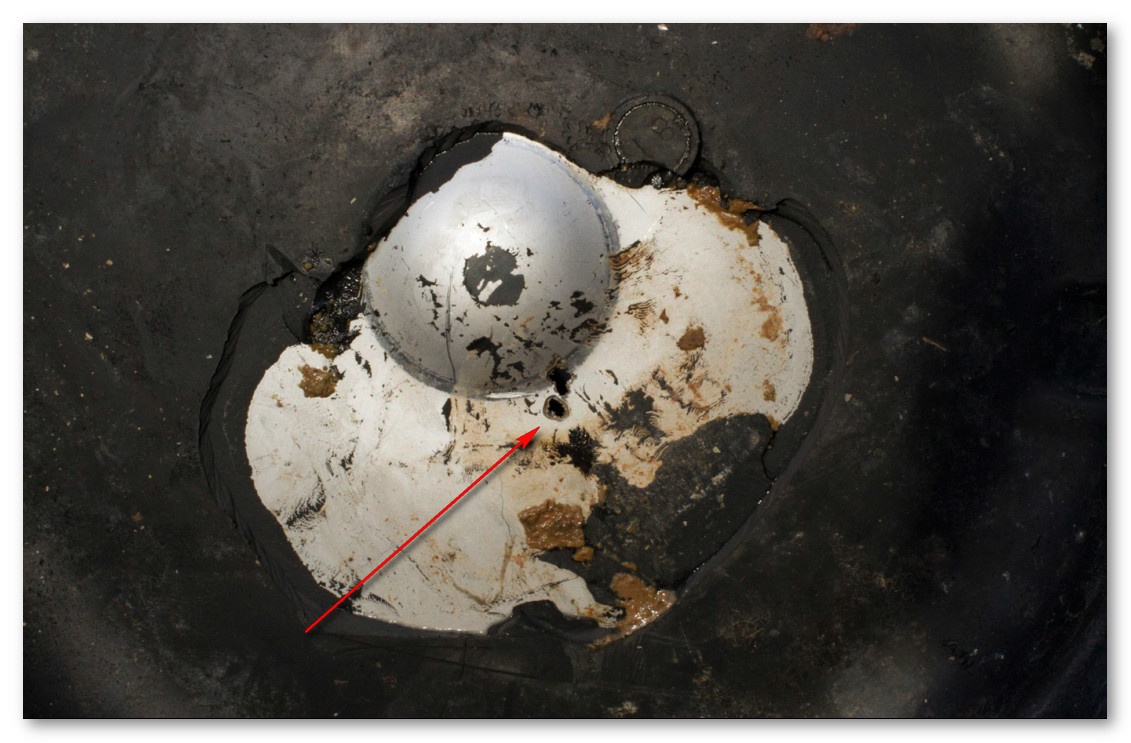 Really appreciate all the replies, great people on here. Had no idea about this subject as i have only soldered electronics. I hope people realise i would of removed more rubber before attempting any repair as i dont have any pyromaniac leanings. For what its worth i tried to remove the whole base by boiling it in my HLT as i figured it might soften the glue but no such luck. It made very little difference. Seem to remember someone making a rocket stove from an old keg.
If i can find a screw and it holds pressure i will save it for starsan. Guess its time to buy some new kegs, losing beer after all is heartbreaking.

odie said:
JB Weld. one drop of each tube. mix well. drop the blob right on the pin hole from the inside and let it ooze through the pin hole as it spreads out and cures. That stuff is bullet proof. Once cured I wouldn't worry about it affecting your beer.
Click to expand...

This is my thought too for future reference, certainly the easiest first attempt.

Beermeister32 said:
Seriously? People - it is an old used up keg. Let it go already. Is this where the hobby is heading? Best practices please....!

Why would you not attempt to help people that can't easily get supplies? Not everyone is in the US and can get them for dirt cheap. It's a hobby, not a brewery.
OP

@hawkbox Well thanks for reminding me about the glue, i must of missed that. Happy to report it worked and holds pressure.
Probably wont put beer in it but its perfect for cleaning my other kegs so very happy. Thanks again to everyone for taking the time to reply. Cheers
You must log in or register to reply here.
Share:
Facebook Twitter Reddit Pinterest Tumblr WhatsApp Email Link

M
Silver solder not drawing in?