So I have been prepping to make an electric setup that I can use in my basement to get out of the cold of my garage in the winter. I plan on going with a 3 keg build with 2 pumps either way and am weighing my options on control box. I had planned on building a kal clone style 3 PID setup but every time I come into the electric brew section I see post about Raspberry PI builds (Strange Brew). Can anybody give a good pros and cons list between the two setups.

What I think is correct already.

Pros of PIDs
Actual switches you can touch


Pros of Rasberry Pi
Cheaper?(depending on touch screen)
Easier expansion and layout changes (if you have room inside the case)

Cons
Without screen relies on internet connection (will probably use a screen anyway)
Errors with Raspberry Pi??
G

Raspberry pi is more work to set up, but it's much more convenient than babysitting switches and a panel. Basically it cuts the cord and you don't have to stand around the brewstand for several houra. I have 2 SSRs and 7 relays in a toolbox. 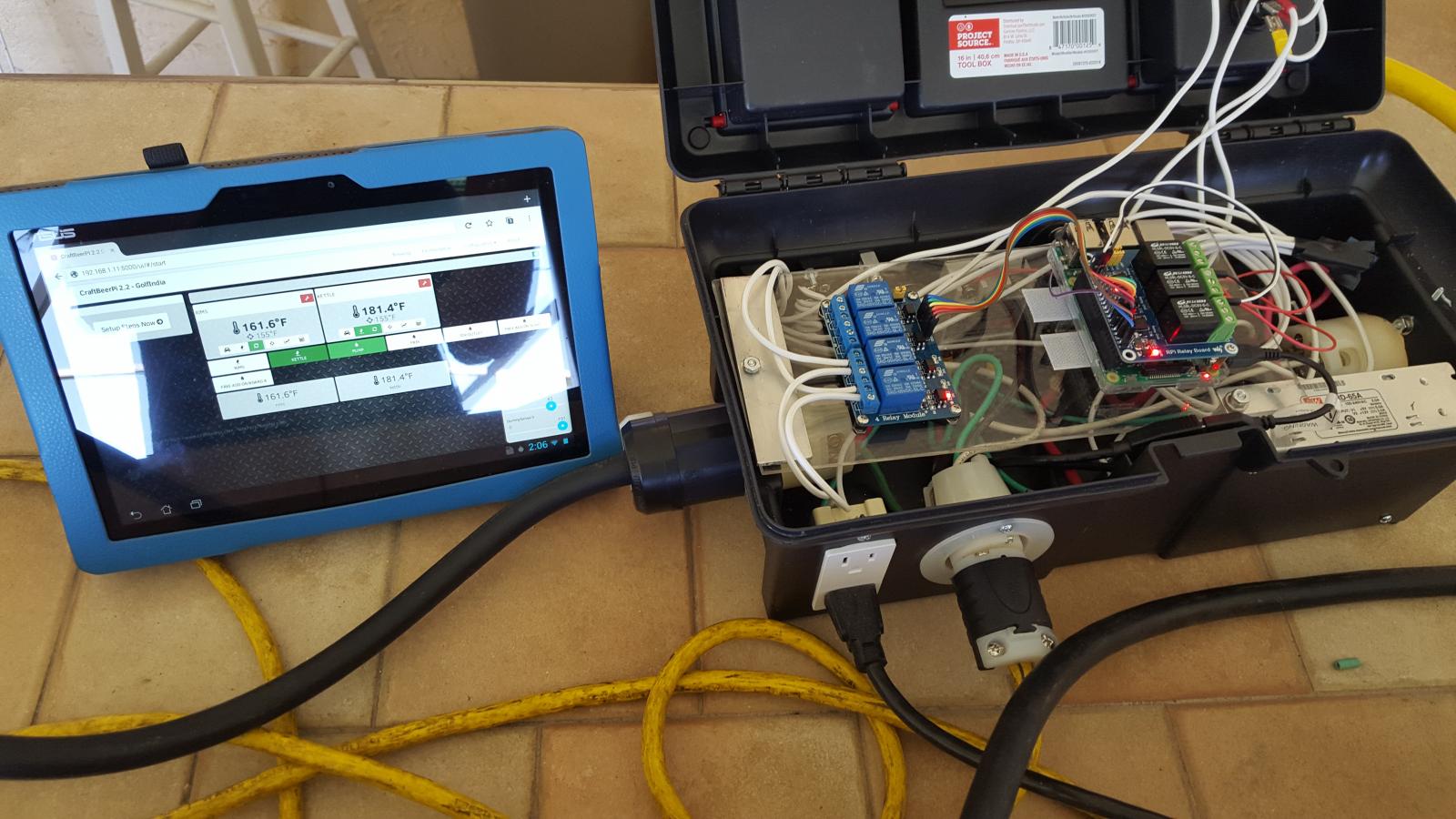 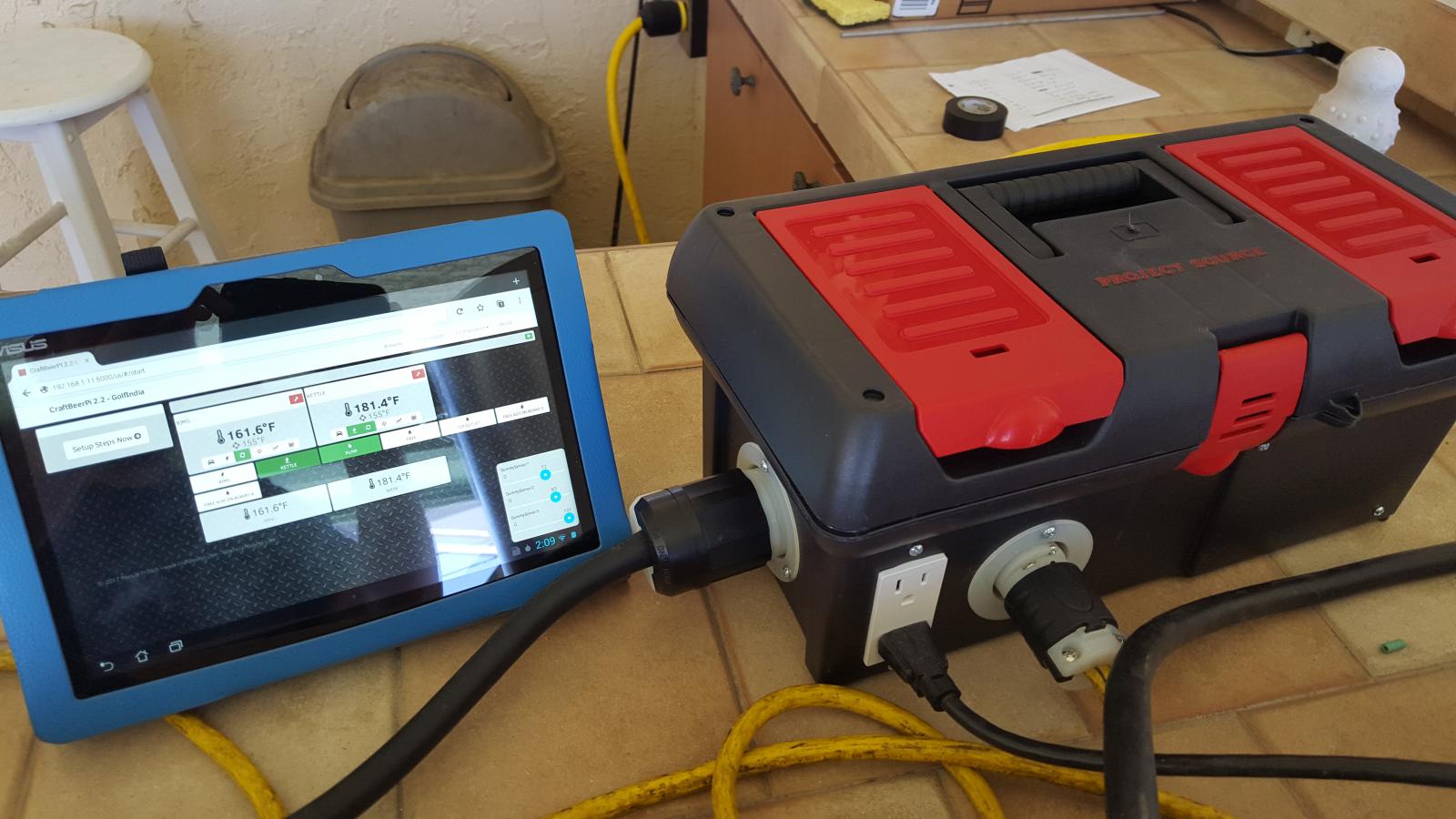 That is an awesome box you made. That might be what I do if I go down the PI route. Is there a big difference between craftbeerPI and Strangebrew or same basic thing?

For me, the biggest pro of going with the Kal clone system was the future proofing and lack of fiddling once it was set up. I have an extra PID in case Auber goes out of business. The rest is all standard stuff that should be around for years for spare parts.

I use my raspberry pi for fermentation and tracking my tap list.
G

I have not used strange brew elsinore, but I might try it. Craftbeerpi is great, but has no provision for a manual mode for boiling, which is sort of a pain... It's rumored that version 3.0 of CBP will have a PWM mode.

Kal's manual seems to have become a bible for electric brewing... Is there anything remotely similar for a Pi setup? Including the full build -- not just the software
OP
OP

It looks like there is a basic setup of Raspberry PI, relay board, and some probes plus your SSRs. You can add touchscreen if you want and some switches.

brewApprentice said:
Kal's manual seems to have become a bible for electric brewing... Is there anything remotely similar for a Pi setup? Including the full build -- not just the software
Click to expand...

Bump.
Me dragging up this old post shows the lack of info out there for n00bs.

I'd glady pay for a step by step guide on the hardware front.
G

As stated above, hardware is the same as a "Kal" system, minus PIDs. Here's a crappy drawing of how I did mine. 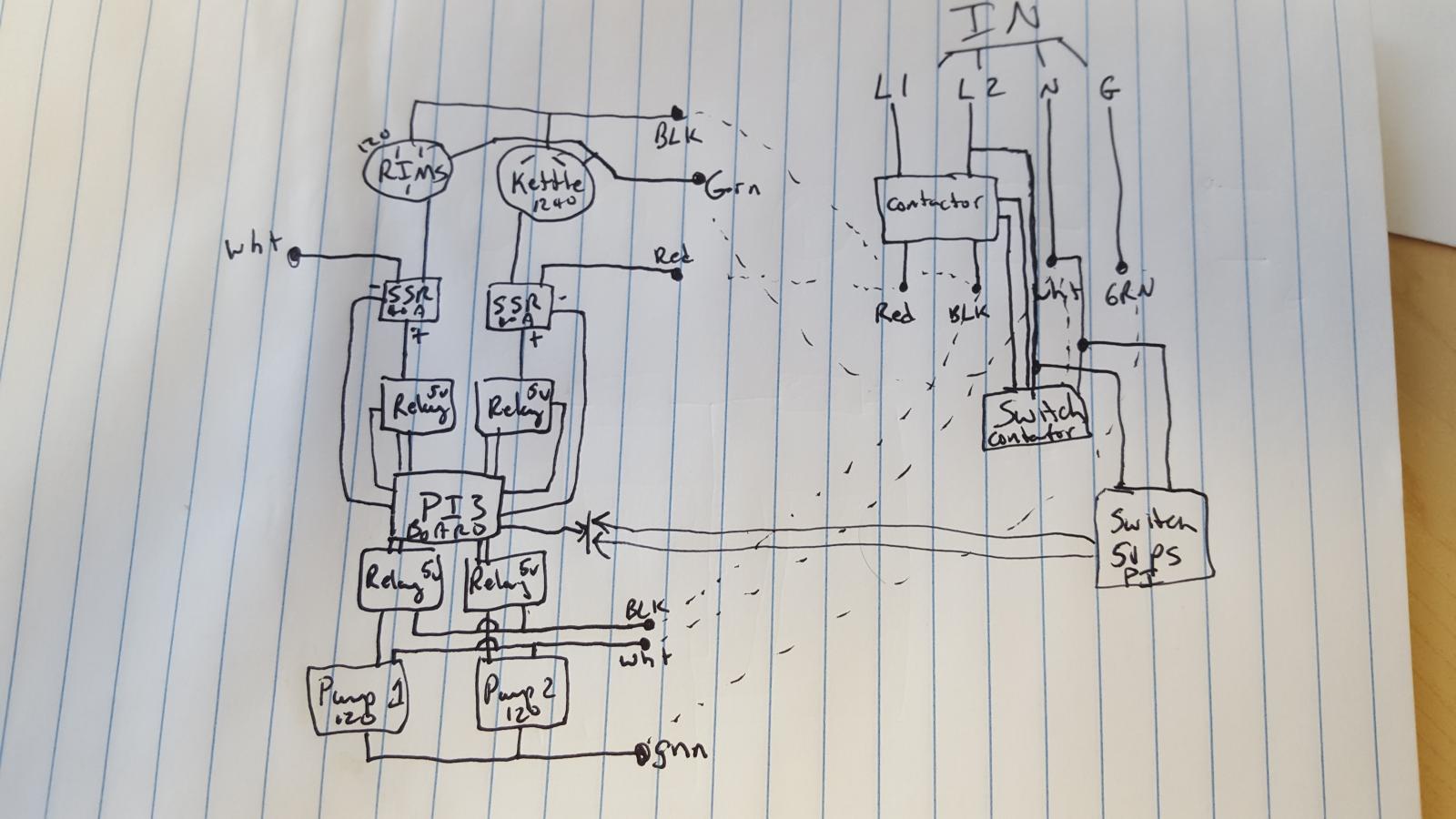 Reliability is paramount in my mind. PID's, relays, and switches are much more robust than a hobbyist type SBC like the pi.
OP
OP

atoughram said:
Reliability is paramount in my mind. PID's, relays, and switches are much more robust than a hobbyist type SBC like the pi.
Click to expand...

Wouldnt that depend on what unit you get? Plus you can put manual switches in line just like you do with a PID if you want.

I am going PI mainly because I wanted a PI board to play with anyway so if I don't like how the system works then I will buy PIDs since they do use all the same components past the PI/PID. Worst case is I will use the PI to make a retro arcade instead.

I came up with a way to do both. I have a switch in my design that changes the elements and pumps from PID to CBPi control. One switch and five relays is what I needed to add to my Kal clone to add the CBPi capability.
G 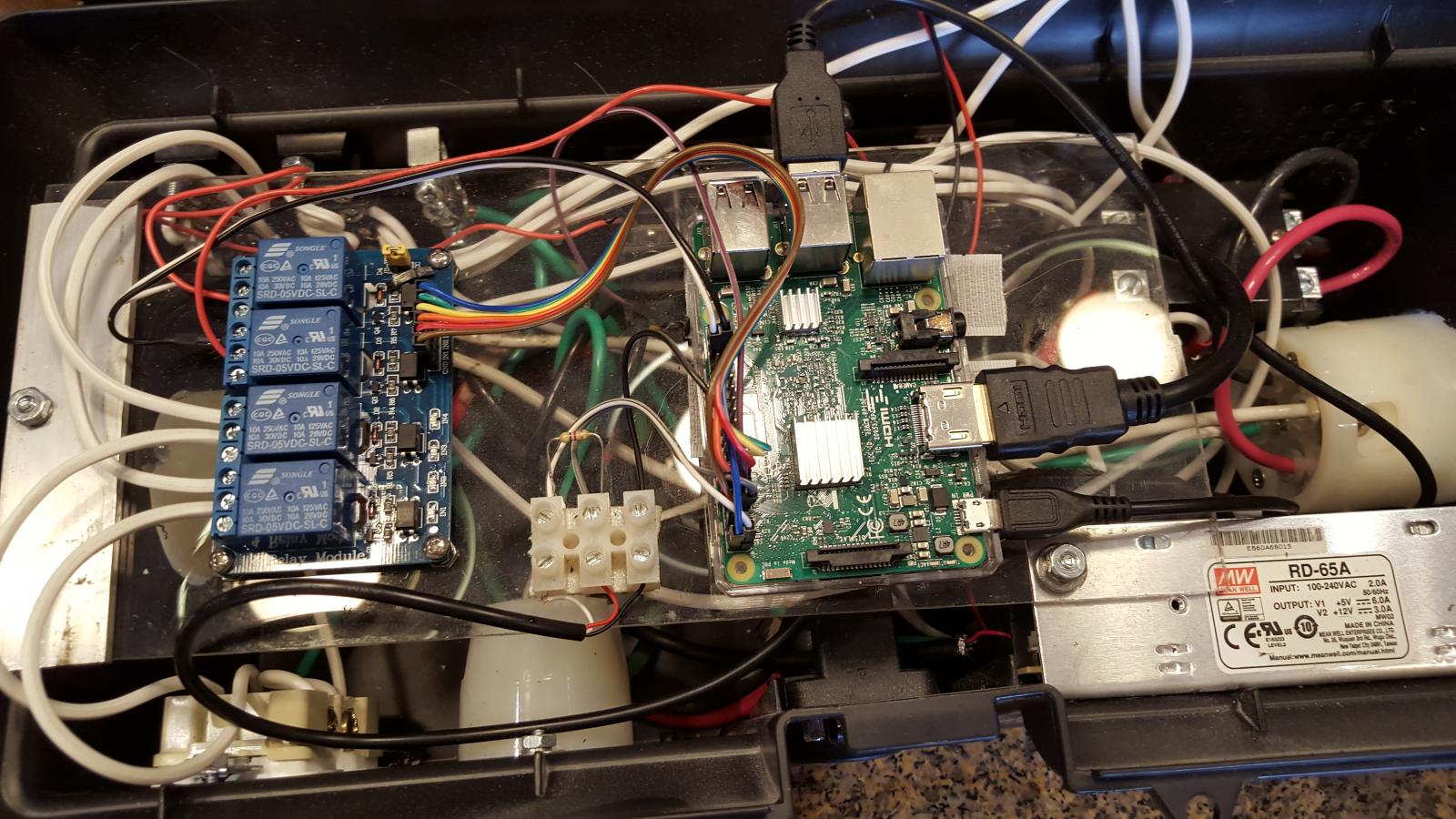 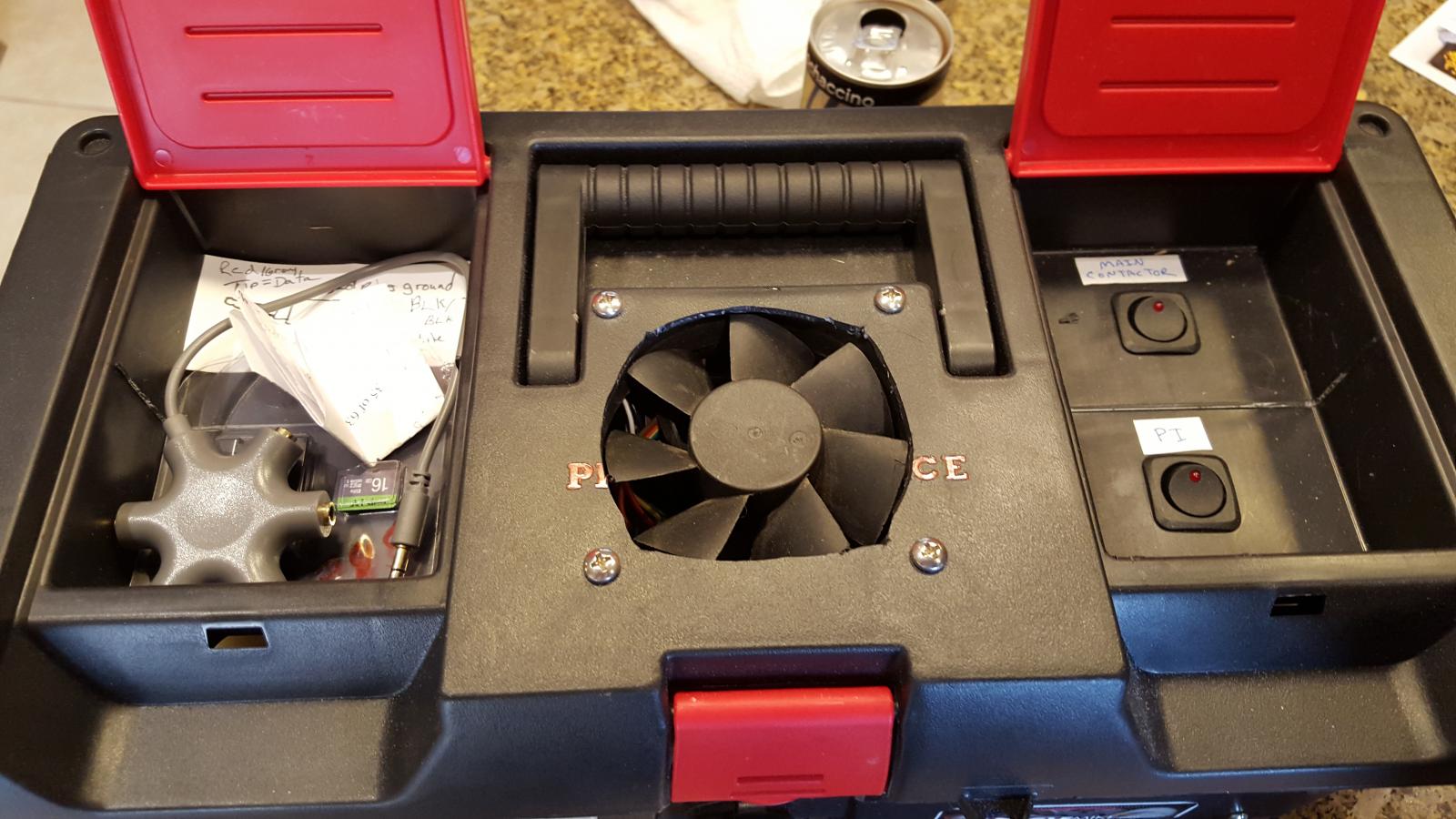 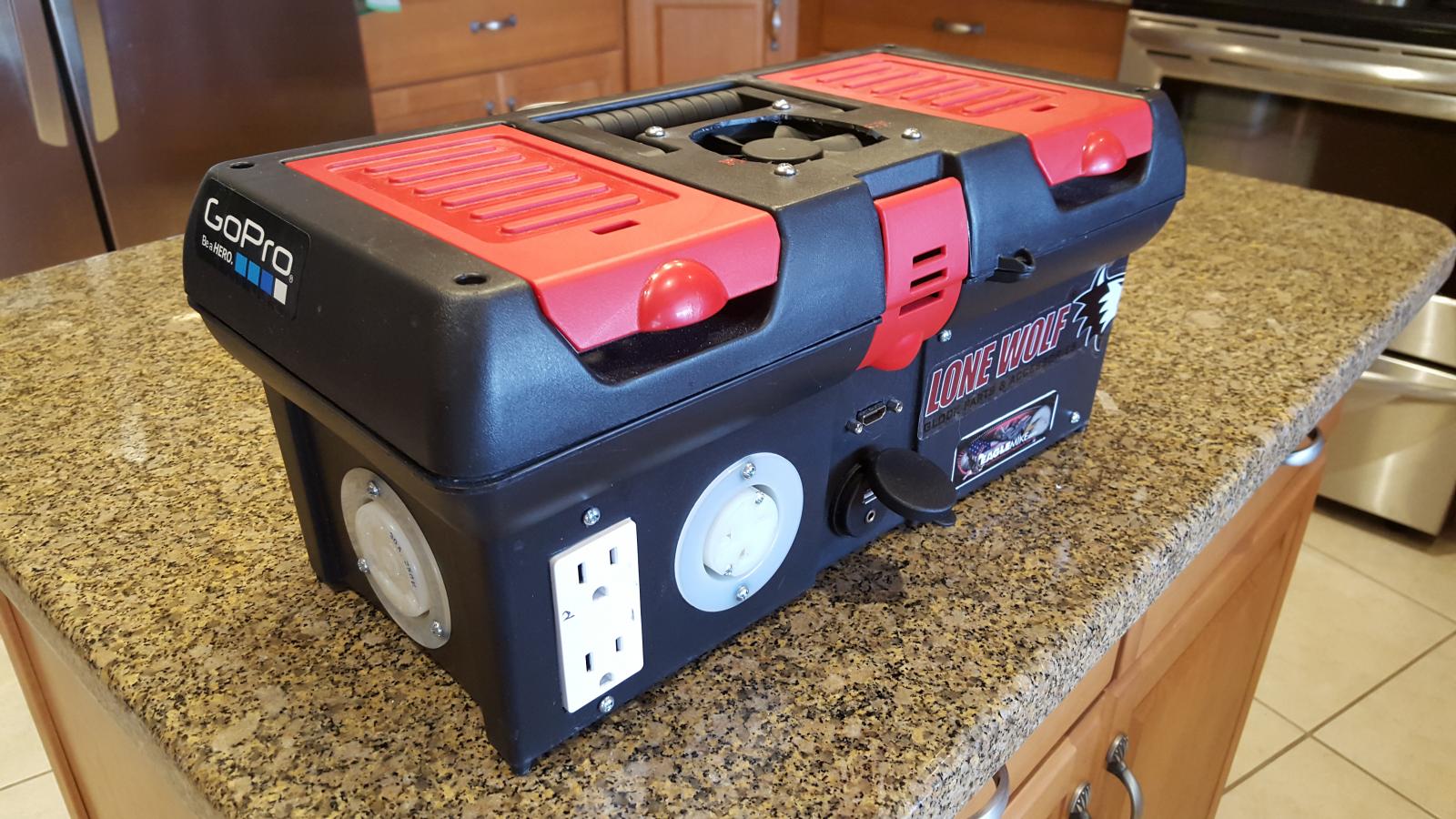 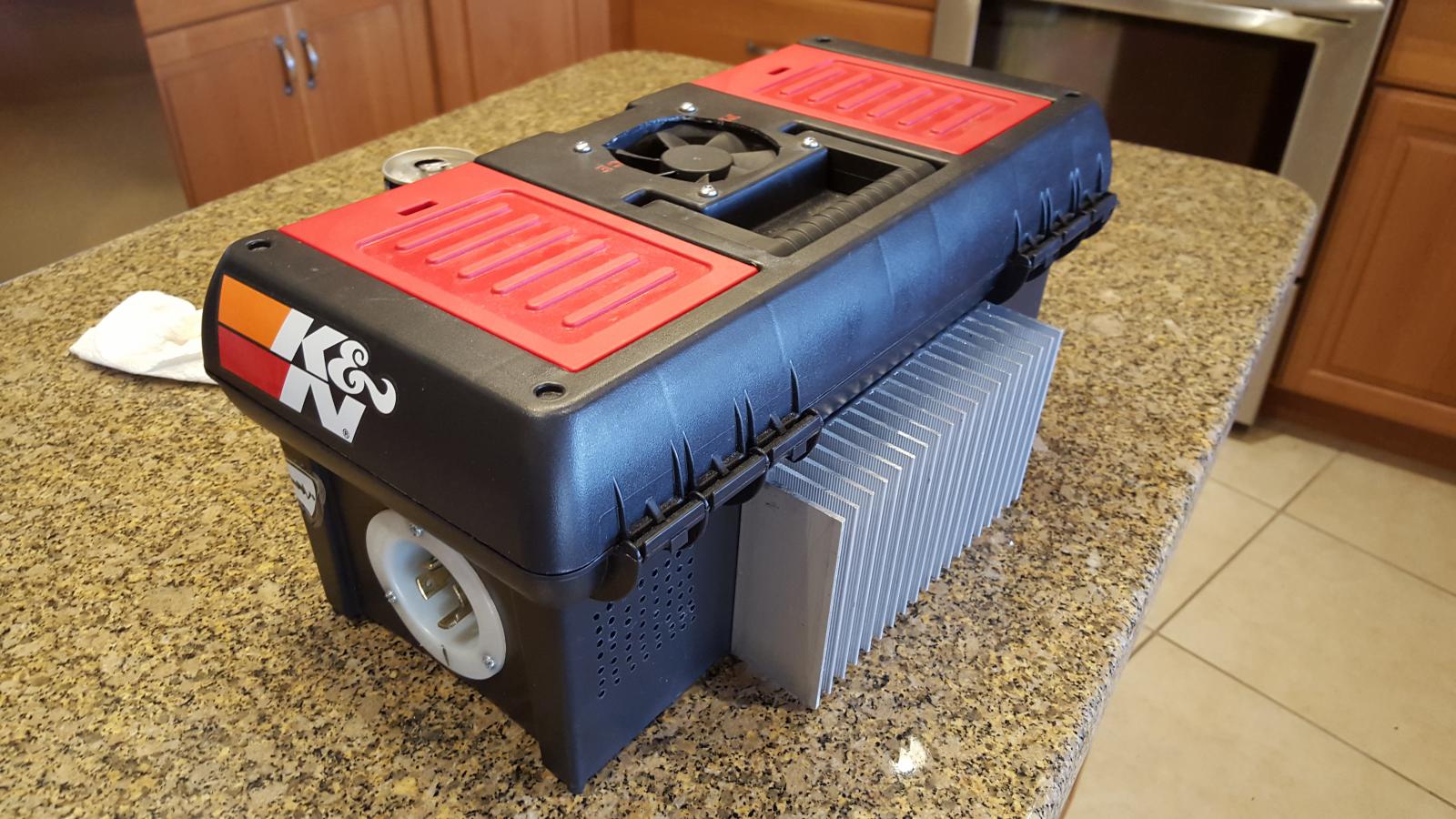 GoodaleBrewing said:
Wouldnt that depend on what unit you get?
Click to expand...

I've all sorts of issues with software freezing up.

I have an issue with my Brewpi once or twice a year with the SD corrupting or failing. (I have an image I can rewrite to a new sd card and be running within minutes)

I've never had issues with hardware on the PID's except for a loose connection on an element, which could happen to a pi.

If I were to upgrade from PID's, I'd do something like a BCS
G

I've found 3 things that cause software issues with Pi computers. A) inadequate power supplies, B) repeatedly disconnecting power without shutting down, C) using the Pi to drive a display.

If you see a little lightning bolt in the upper right part of the screen, you need a higher amperage PS. This can occur if you power several 5v relays at once from GPIO pins. A 5a PS works for me.

I set one Pi up as a media server, and rather than shutting down through software, my household turned it off cold with a switch every time. It got hosed. I reinstalled everything and now just leave it on all the time. Been running for months.

Running software over network instead of an HDMI display seems to keep software from bogging down significantly.

I also have a Pi controlling my fermenting fridge. It's been on and running for many months.

golfindia said:
I also have a Pi controlling my fermenting fridge. It's been on and running for many months.
Click to expand...

I'm not trying to argue with anyone, I've had my brewpi controlling a chamber for at least three years and have replaced the SD card 4 times.

SD Cards have a finite number of write cycles they can take. (Somewhere around 10,000 times IIRC)

Pi's run on Linux and have a swap file that is constantly being written to and read on the SD card.

I assert that once the card has been written too many times it gets unstable and the Pi crashes. On the Brewpi, this isn't a big deal, even in the middle of a fermentation. The Arduino takes over and you still have control of temperatures. When the Pi dies, you loose web server ability and temperature step capability, but you don't loose a batch. (This happened to me on my latest batch)

The Pi crashing in the middle of a brew day, if you're not ready to fix it quickly, could result in a bad day.

Each to their own - I'll stick with PID's

I agree with both camps: on one hand, dedicated controls are reliable but provide no pathway to expansion or automation, and on the other hand, a real-time operating system controlling automation is prone to failure, but offers a growth path.

Of course I am biased to the solution we've created, which uses a micro-controller for the control and software for the interface, so use a dose of salt!

I went from pids to an Arduino / brucontrol system and find it not only cheaper but has a lot more available funtionality and it makes upgrades a lot easier.
P

Yes. A typewriter is more reliable than a computer. Unfortunately, it is off-lined, and I have to use a computer to type this response.

The concept of erase cycles is true, but there is something call "wear leveling" which helps to extend the life time of the flash. I would bet it won't run out before your hardware buttons or relays break.

Whatever can happen will happen. Having a plan B is always a good idea whatever you are using.

One thing I looked at when building my Kal Clone was its built in backups. If I lose a heating circuit (SSR or element failure) I can easily swap it out with just a few cable changes. Same goes with the RTDs and PIDs, one starts acting wonky just a cable swap and I'm back in business. My one fear with computerizing my system is losing a batch from a part failure. With my Kal setup, I can limp a batch home and fix it later.

I really like the BCS 462. A litlle more expensive but if you bought 8 Aubrin PIDs, it would be much the same. Tested and good interface. Can control up to 8 Widgets with PID and another 10 just on/off.