I think you should do one where you walk us through the process!! Voiceover if you’re camera shy!

That'd be a boring 6 hours of me talking!
T

Die_Beerery said:
That'd be a boring 6 hours of me talking!
Click to expand...

Not boring at all, more like appreciating the work one has put into their project, and the process of how it all works would be the icing on the cake.
M

Would love to have walk-through of your process as well.
@BrunDog made a 45 min video some time ago showing his rig during operation. Maybe something like that would be possible?
OP
OP
D

^^^^ Nicely done @Die_Beerery!! Your "step mash" is interesting in that it's 5 part as mentioned but something I didn't realize was the subtleties with such small incremental time/temp changes had such an effect on the different enzymes.
Thanks for sharing!!!

Awesome system! Thanks for posting that video!
V

I'm curious about your setup for in-line oxygen. I've been trying to do this as well but I'm struggling to find a configuration that works well. I didn't want to have the tee with O2 diffusion stone on the line to the fermenter because I figured I'd have to take it apart to sanitize it. So instead, I put it upstream of the line out to the fermenter, in the loop from the BK to pump to CFC back to BK. This way, I could sanitize the stone by circulating boiling wort just like the CFC.

So, the stone barb goes to a motorized valve, and behind the valve is a gauge and O2 tank and regulator. The idea is, I leave the valve closed, set the regulator to whatever pressure I want (calibrated to give me the amount of O2 I want), and during transfer, I open the valve.

Problem is that when I circulate wort, the pressure in the line pushes wort up the line (through the stone and into my O2 line), even with the valve closed. When the valve is opened, the wort gets pushed back out, but I don't have a way to sanitize that line for the next time without taking everything apart (I'm trying hard to minimize that).

I tried putting a check valve in line, very close to the stone... but that leaked too (and would still leave the same issue between the tee and the check valve).

So, curious to know if you solved this problem... Maybe what I need to do is move the tee with the stone upstream of the valve so it never sees positive pressure (strictly, that should read no more positive pressure than the head from the wort in the BK to the tee). Or is there no way to avoid having to take this thing apart every time.

Very cool setup you have. Your videos have given ideas that I've implemented in my setup. You offered more detail info in your last video... I would watch it with interest! Thanks

I also had a stone in-line the boil loop and had the same back-leakage. A check valve fixed it visually, but I’m confident some liquid is backing up into it as that air gets pressurized slightly. If that stone location is vertically lower that the level of the wort in the kettle, it will see hydrostatic pressure so liquid will creep into it.
OP
OP
D

Kolsch today and live streaming it.

Hey, i was trying to show your level of automation to a brewing buddy of mine, but YouTube says your channel doensnt have any videos posted? Did you delete everything? Can we find it somewhere else?
OP
OP
D 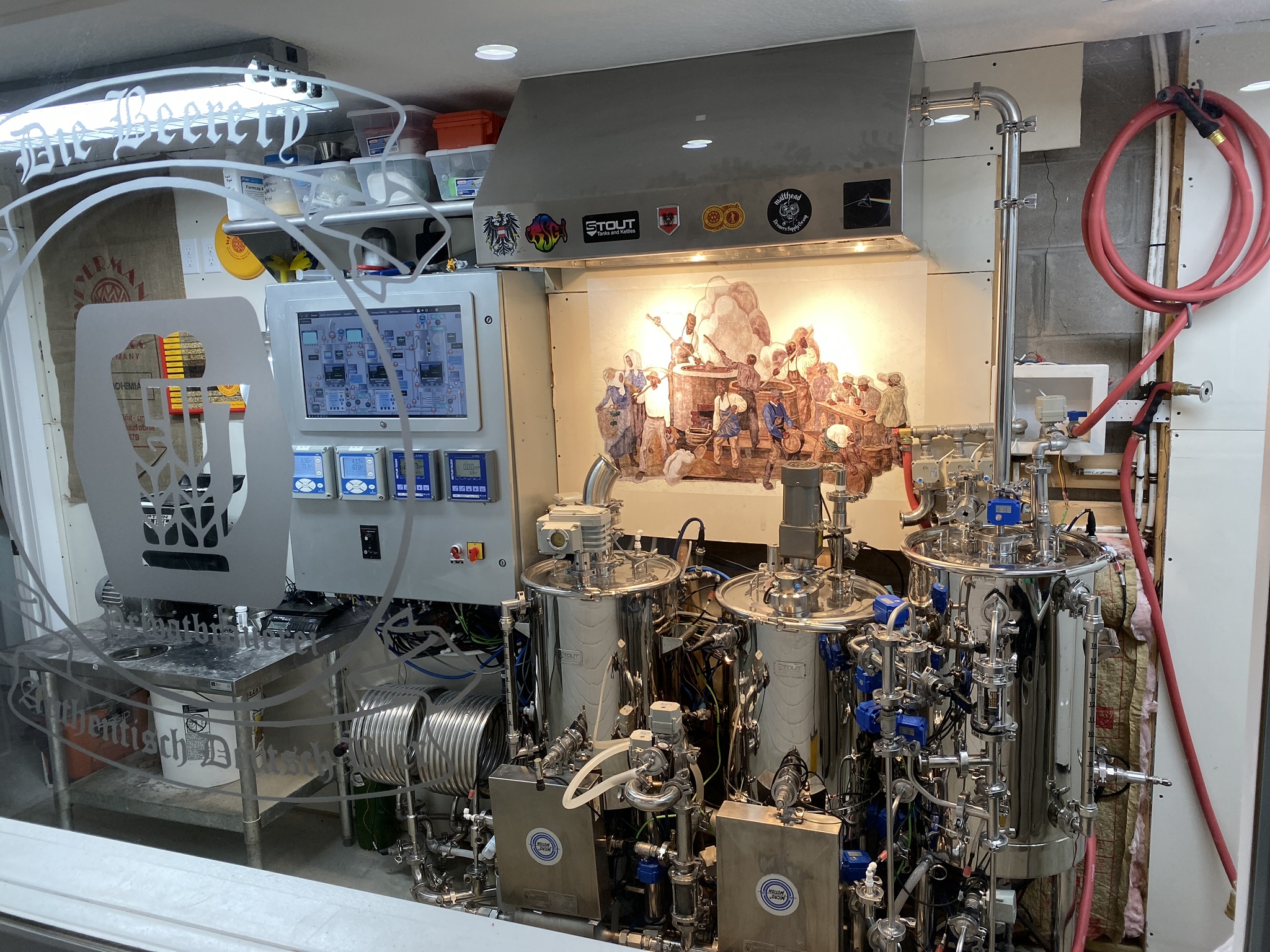 Project HLT water blender compete. Using some proportional valves and flow meters I can custom blend tap/ro water on the fly to achieve different water profiles without the use of water salts. How very Reinheitsgebot of me. 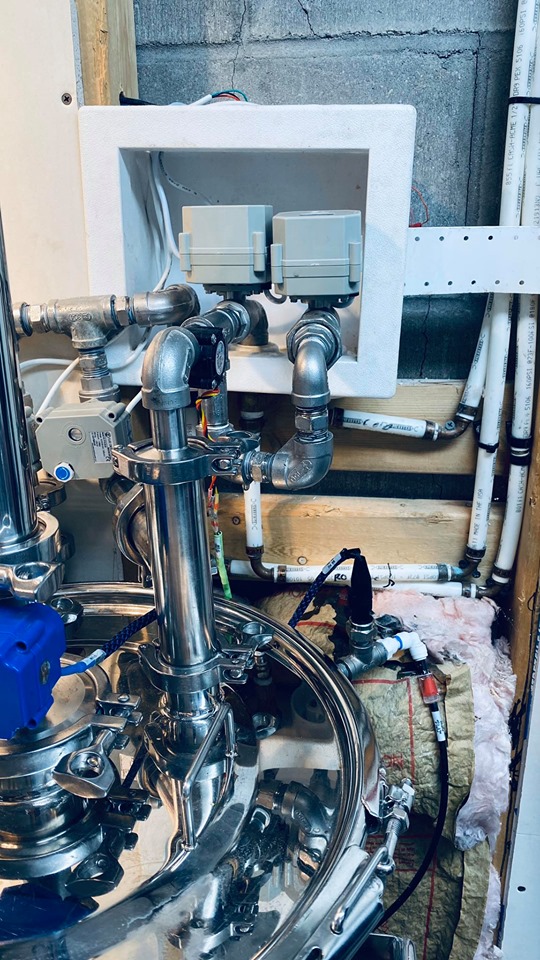 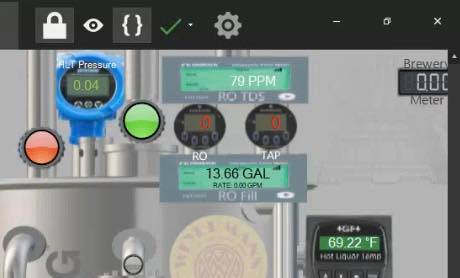 The other Reinheitsgebot thing I see is to use a conical tank to spin and steam heat water in order to settle alkalinity in the cone. The cone is bleed periodically. Nice work!
OP
OP
D 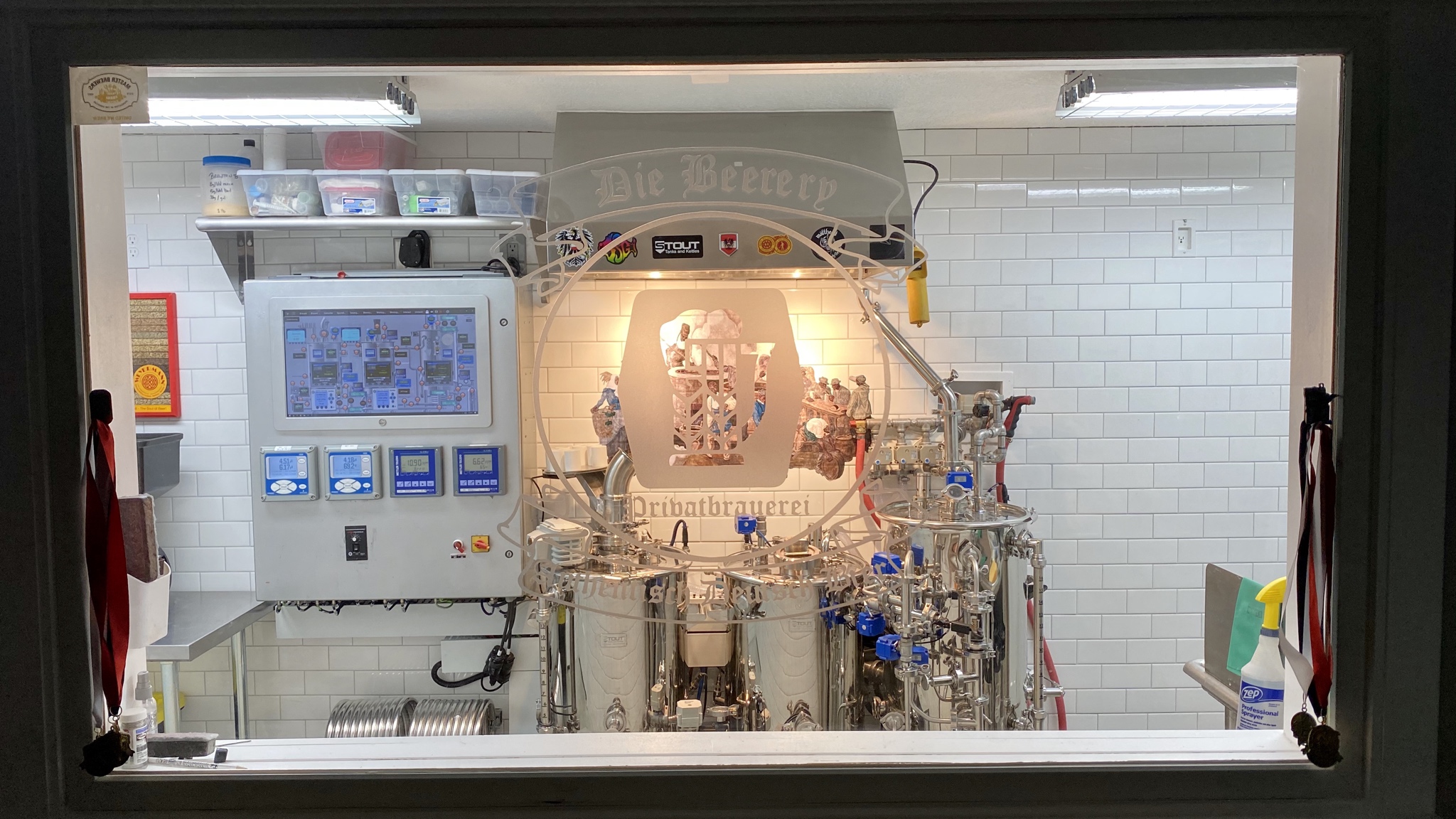 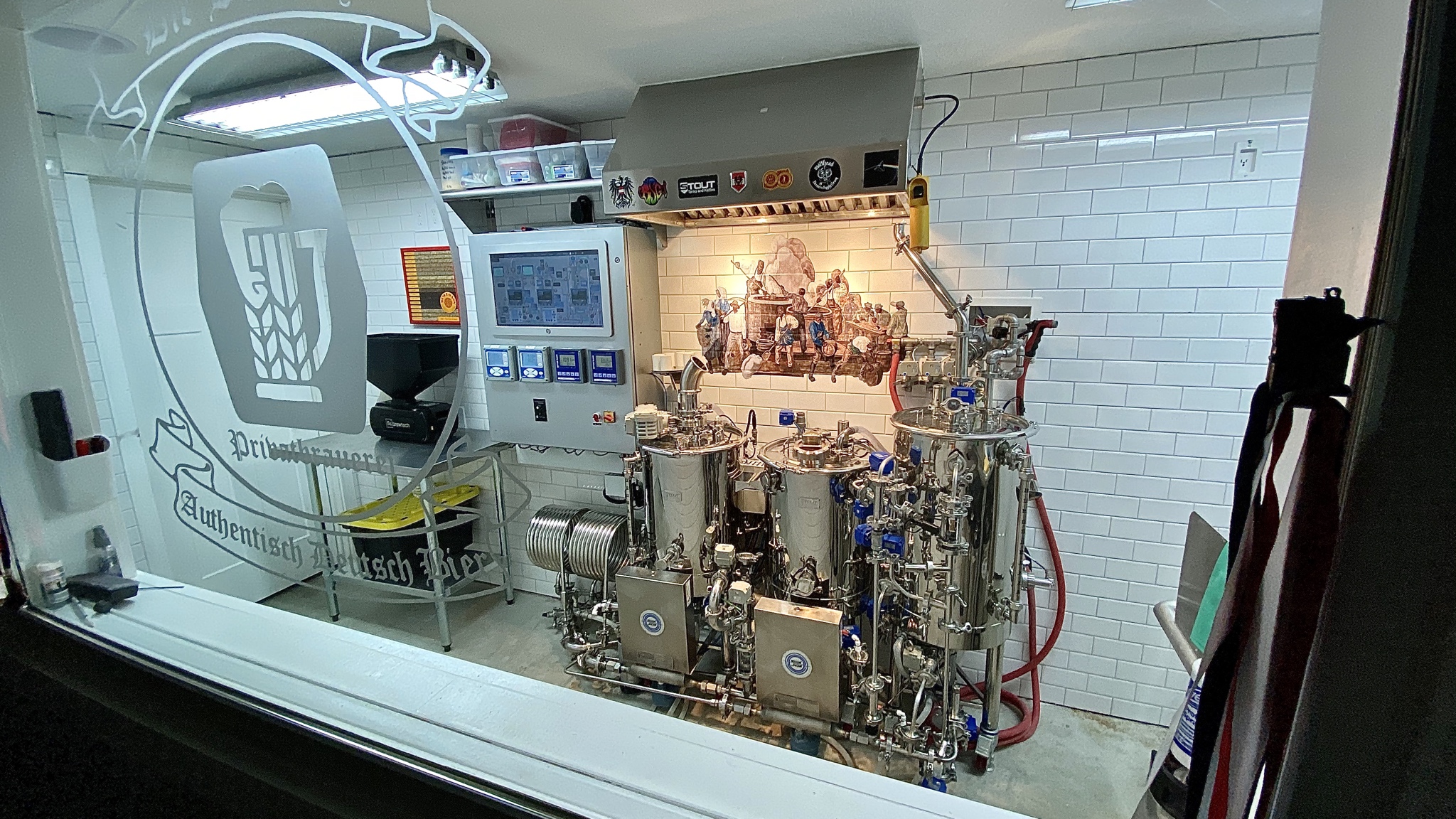 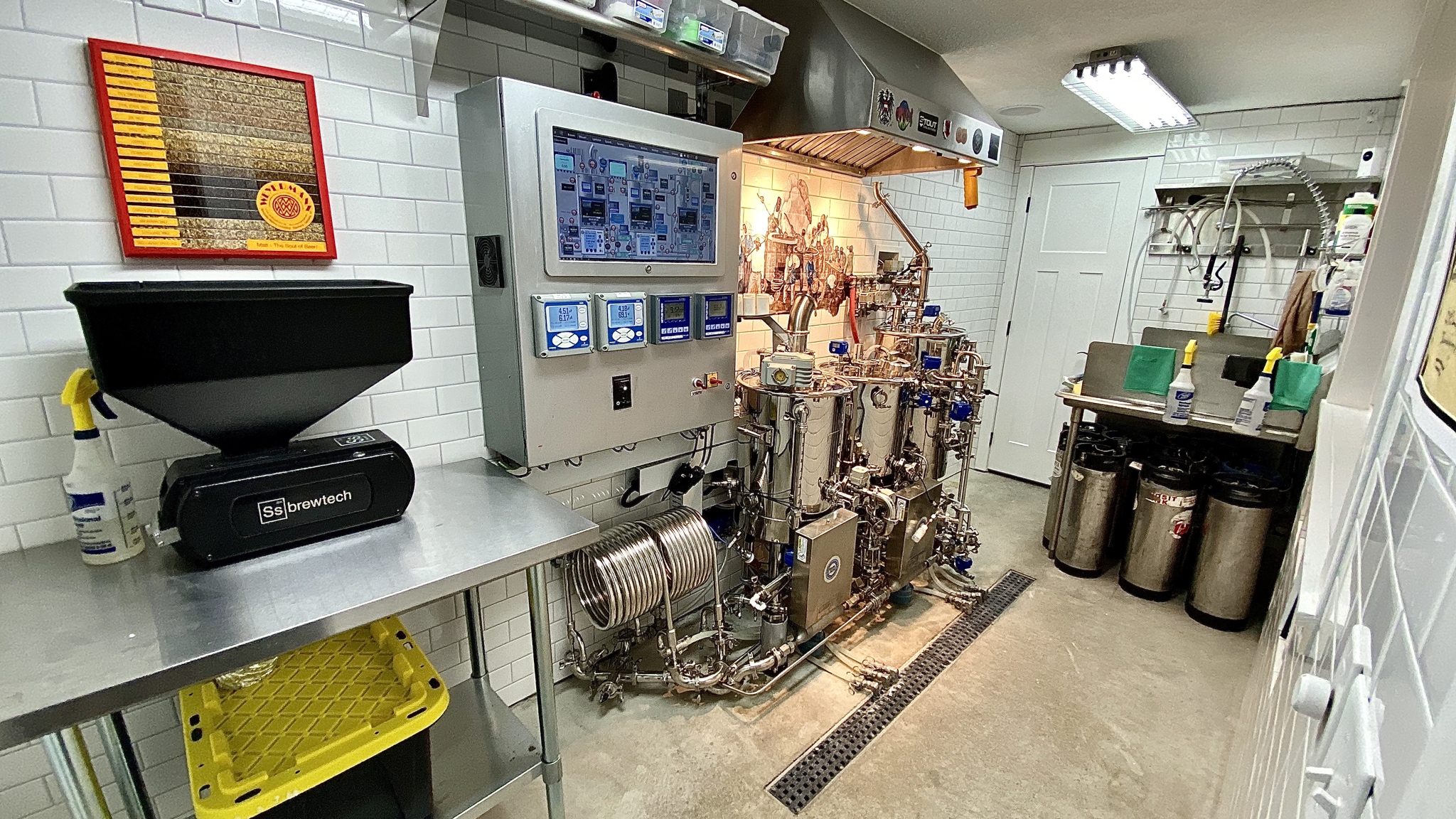 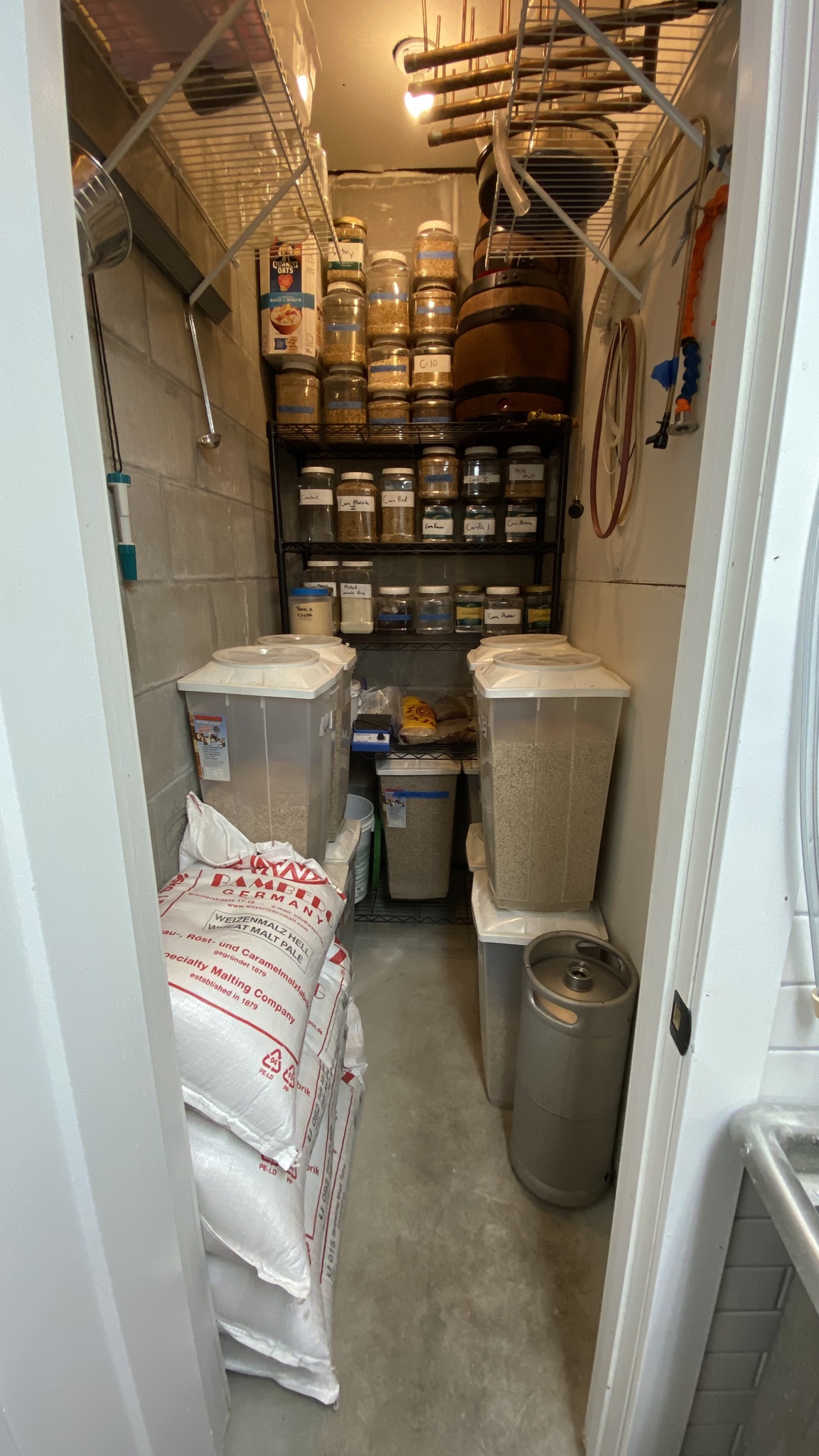 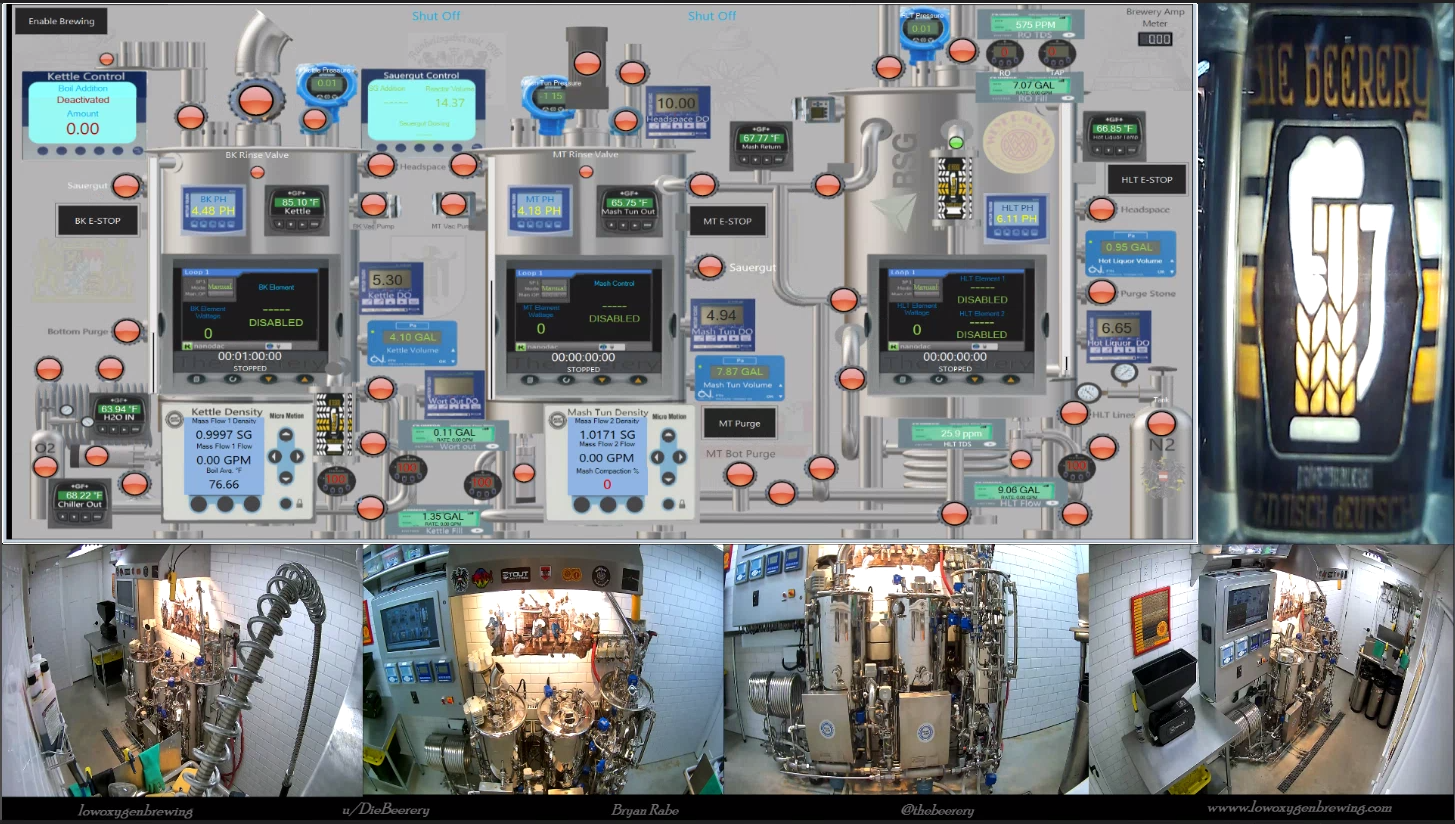 This and stuff. Will finish it soon. 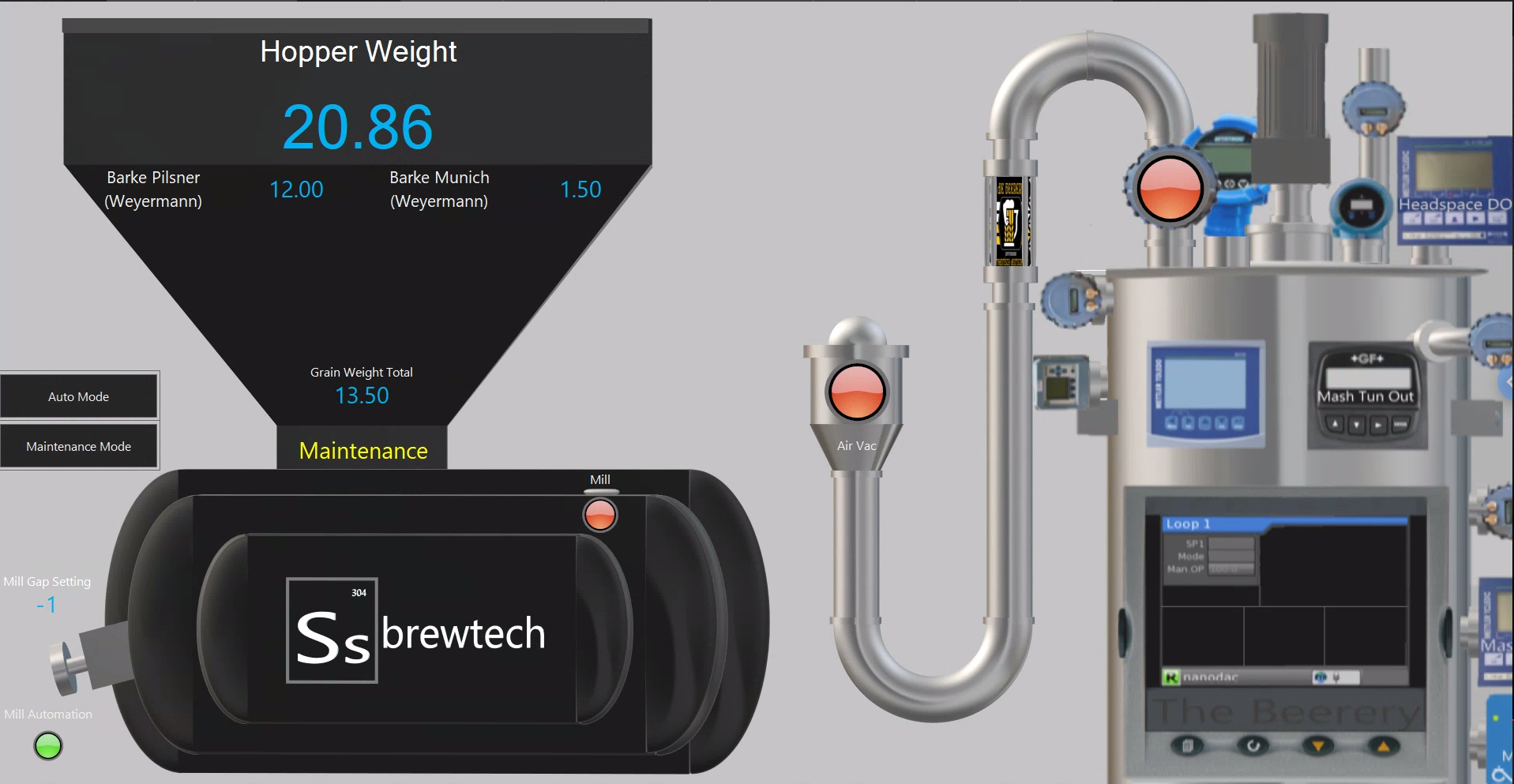 Got the Unitank all modeled for the bio-reactor. Added some oxygenation, stuff to the interface. Going to be using this for oxygenation instead of inline. Control can be much more precise when in a closed loop and not pass thru. Added a PWM DC pump for the ability to "stir" the bio reactor, for hops, or whatnot. 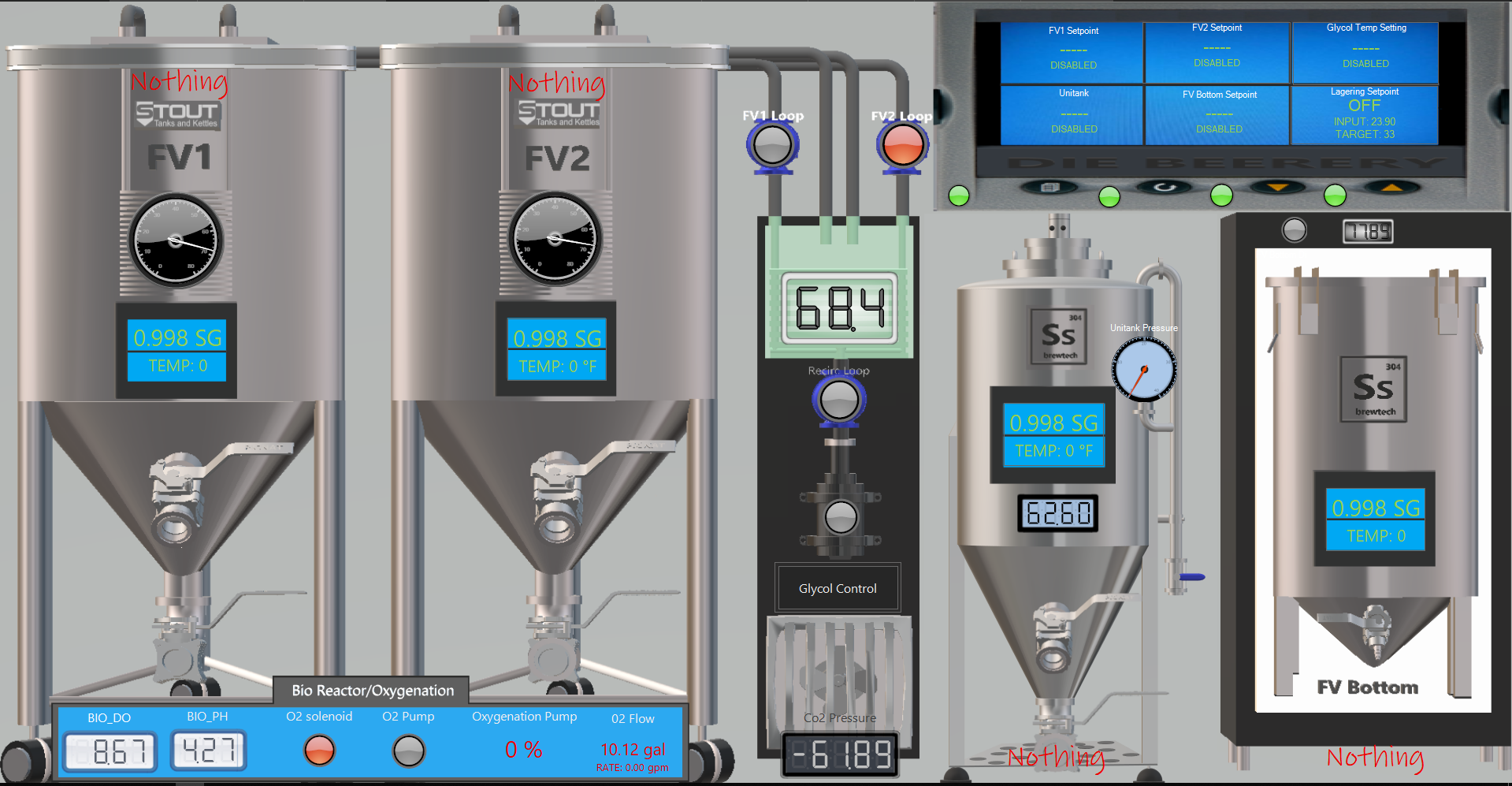 Where's the silo and auger transfer system?
I mean, I hope you're not still manually loading the mill like us peons, fer cripe's sake!

day_trippr said:
Where's the silo and auger transfer system?
I mean, I hope you're not still manually loading the mill like us peons, fer cripe's sake!

Augers are so Stone Age. Load cells and Venturi’s are where it’s at. At least that’s how I going to do it.
[emoji16]

day_trippr said:
Where's the silo and auger transfer system?
I mean, I hope you're not still manually loading the mill like us peons, fer cripe's sake!

Been working and tweaking this for a while, but this is the first official 2020 Live stream. Always up for ways to make this better so let me know. I will have the chat boxes open while I brew.

What are the model numbers of the micro motion flow meters and transmitters?