ugh, found an earwig in my mug

Waiter, there's an earwig in my beer!
Waiter replies, "its ok they don't drink much"

Don't Wig Out Over Earwigs

Earwigs are easy to recognize by the prominent pincers or forceps on the end of the abdomen. Adults are about 5/8 inch long and dark brown with a reddish head and pale yellow-brown legs.

I’d just bet there’s some FDA standard that allows for so many PPM of earwig in ale.

Just in time for cicada ale!

Busted! You weren't wearing your mask, were you? 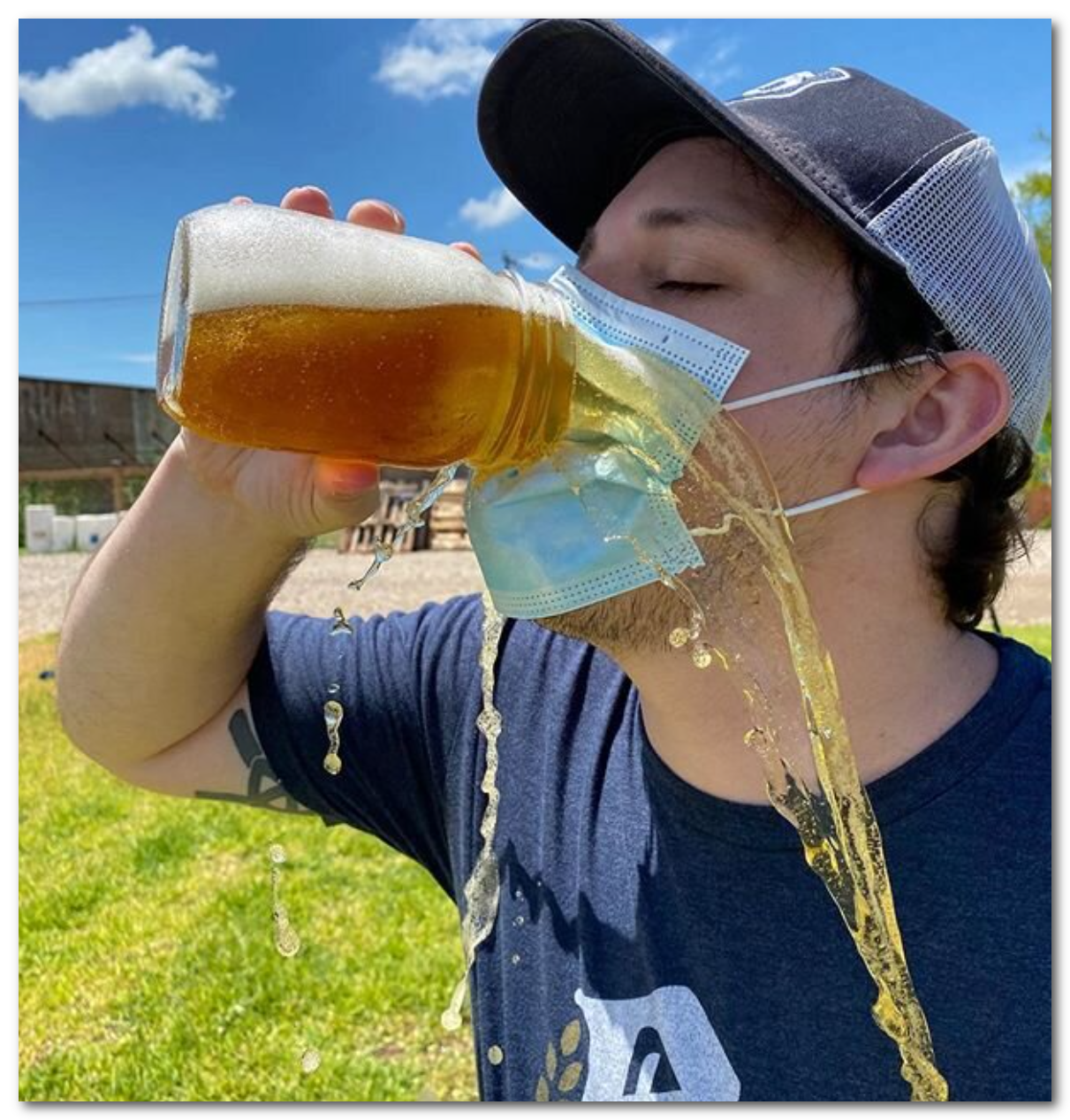 However, I never dreamed there was so much crud inside my taps!

Makes sense of course, but I had never thought of it.

Bought the plugs that JJinMD recommended from amazon.

So, the brushes on the first ones put in came out with yucky brown on them, so I put in another set and twirled them around also. They came out with less on them but still not totally clean. Third set came out clean so I left them in,

I wondered why there were fifteen of them, I guess I'll keep changing them out.

I've been kegging for something like over three years now.

It makes sense that the taps would incur crud, but never really thought about it.

Glad this episode happened now, and not in a different way to a guest.
J

Keep a small jar of starsan nearby and give those brush/plugs a dunk when you are done with that tap for the day. I keep an 8oz. mason jar in the kegerator for easy access dunking.

Ugh. Those brushes are just nasty. They can't actually seal the faucet spout, so they just wick up beer then let it dry.
I'd toss them and go with faucet condoms... 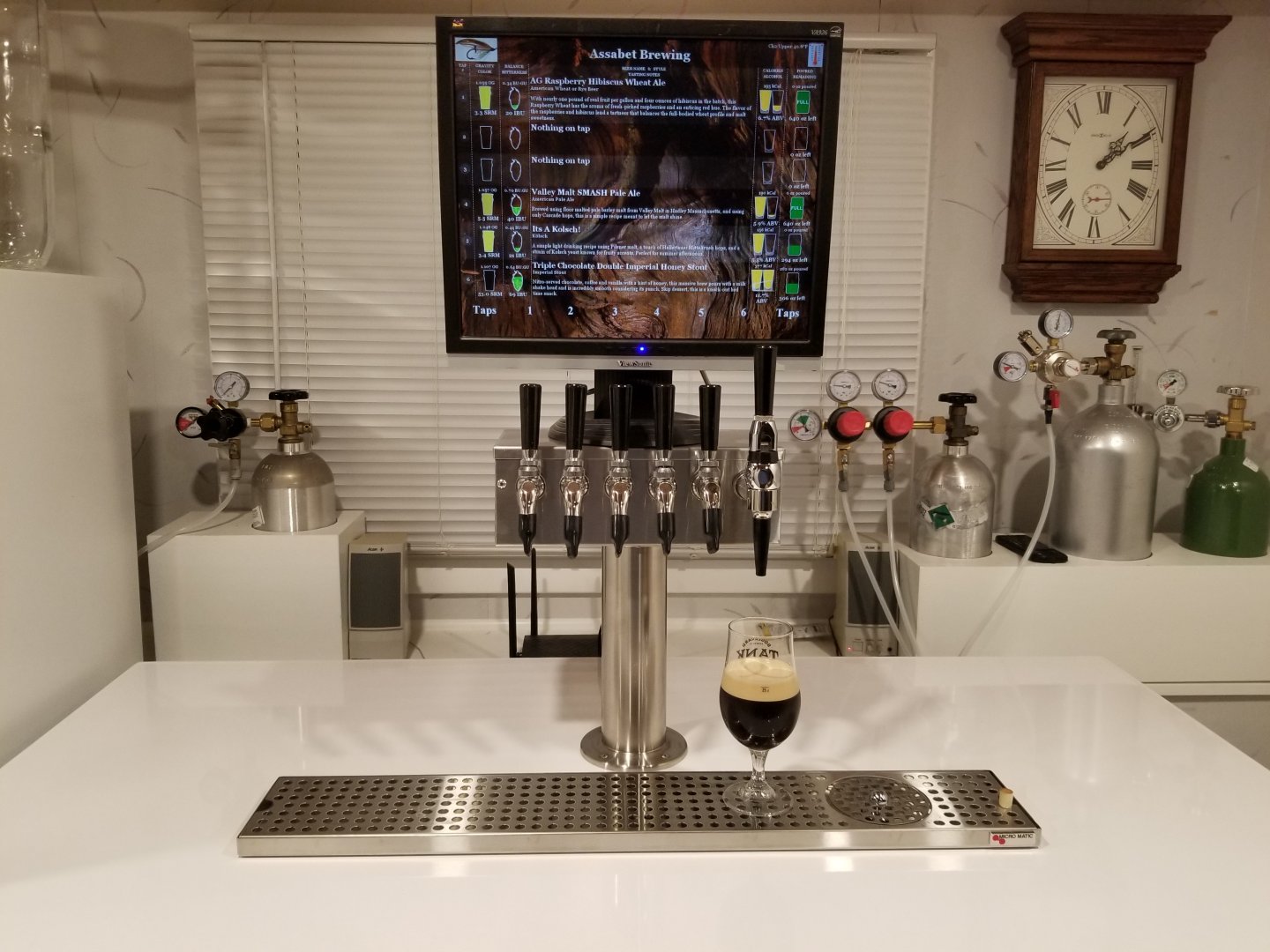 I think this is just a matter of you have to experiment and see what works best for you. Thankfully, neither solution is very pricey.

I have tried both and I find the "prophelactics" sometimes fall off my taps which opens up the possibility of them getting knocked up by fruit flies. It could be the ambient temperature swings in my garage causing that, not sure. Also, I find the condoms were are also catching drips every now and then and so they got way funkier than my plugs dunked in starsan. Now if I don't dunk them in the starsan, yes, then they sometimes would get almost stuck in there with dried beer residue. Yuck.

I've never had one fall off, but these were bought specifically for my faucets.
The Perlick 525ss series are famous for "three drips" after closure. I mean you can set your atomic wrist watch to it
I usually wait it out (takes a few seconds) but if I'm in a rush the last drip ends up in the condom. NBD, it doesn't dry out, so next pour from that tap I empty the drip in a handy Solo cup I keep on my keezer...

Jeeze, how long do you let a tap sit unpoured?

passedpawn said:
Busted! You weren't wearing your mask, were you?
View attachment 727997
Click to expand...

I know this was meant in jest, but alcohol abuse is a serious subject.

Dland said:
I know this was meant in jest, but alcohol abuse is a serious subject.
Click to expand...

My jest was that the earwig would not have passed through the mask. Covid craziness. Haha. Get it?

You want to talk about drinking too much? Start another thread somewhere on this forum. Good luck with that, I imagine everyone on this forum drinks a bit (too much for some).

I've got a couple of favorite glasses and mugs and then a variety of glasses that sit in a cabinet over the fridge. There's about a 1 in 4 chance of a random dried up bug in one of those glasses, could be a ladybug, stinkbug, or even a dried up old spider. Any glass coming out of that cabinet gets checked.

Last fall I was camping and put my homebrew down for a brief moment, picked it up for a swig and almost swallowed a bee! Felt it's wings buzzing in my mouth I sprayed that bee out like a geyser! Very fortunate to have not got stung would have been a long trip to medical assistance.

passedpawn said:
You want to talk about drinking too much? Start another thread somewhere on this forum. Good luck with that, I imagine everyone on this forum drinks a bit (too much for some).
Click to expand...

No, I'm pretty sure he meant all that beer not going down the drinker's gullet. That's pure, unadulterated alcohol abuse, clearly documented in that photo, and should result in a severe penalty, like having to drink an oil can of Bud Light*.

* Unless, of course, the liquid in the photo IS Bud Light, in which case the drinker is actually being pretty smart by wearing that mask.

JJinMD said:
If you prefer the plug route, these work really well. You can get different colors to either make them more subtle or more noticeable, whichever suits your needs. When using, I usually give them a quick dip in starsan after I am done with that tap for the night. They don't work with a stout spout though, but the covers don't either. At least in my experience, the covers keep falling off stout spout, but at least they will fit unlike the plugs...

If you don't dip or somehow rinse the brush/plugs they can get a little sticky in the faucet from dried beer which can't be a good thing... and the covers will catch a drip or two...

I've got a repetition down for mine since the keezer is in the garage and there are earwigs all over out here. After every pour, I have Starsan in a spray bottle that I shoot a few pumps up into the spout to clear out the beer, shoot some on the outside of the faucet, wipe it down real quick with a paper towel and put the cover on. Works like a charm and zero stickiness or extra protein to worry about. I use the faucet condoms, not the plugs BTW.

passedpawn said:
My jest was that the earwig would not have passed through the mask. Covid craziness. Haha. Get it?

You want to talk about drinking too much? Start another thread somewhere on this forum. Good luck with that, I imagine everyone on this forum drinks a bit (too much for some).
Click to expand...

Yeah,... I was thinking pouring all that beer out on the mask for a picture might constitute alcohol abuse, ie wasting of the beer...which could be a serious offense in some circumstances...at least in my culture. I too was attempting at humor. {;
OP
P

So, I got the plugs with the brushes on the end, and couldn't believe the crud that came out of the taps on the brushes, so rotated brushes into the dishwasher after rinsing them.

Today was drinking a beer from one of the taps and noticed a small amount of dark specks at the bottom of my mug and realized that the beer coming out of the tap was loosening the last bit of crud from inside the tap.

Am not concerned, more like amazed that there was so much crud up in the taps.

Never thought about cleaning them before, Definitely will do so now.

Tobor_8thMan said:
Better in mug than in the ear. (Believe old Chinese proverb)
Click to expand...

I read this one once.... on this website. on this thread. Definitely a old Chinese proverb

PersonalBrewer said:
I have lived here for 75 years and have never seen or heard of them previously.
Click to expand...

Further proof that they're in your ear, blocking their own sound . . .

PersonalBrewer said:
So, the brushes on the first ones put in came out with yucky brown on them,
Click to expand...

I've always just used qtips to swab out the inside.

Extract TWANG in my All-Grain...ugh