So who's brewing this weekend?

I'll be brewing up an Andes Mint Chocolate Stout with my neighbor.

That's why I'm on my 2nd home brew & a sammich right now!

Im brewing twice!! Long weekend here in NZ. not sure what im brewing, maybe an amber ale and a porter.

Brewing a "dice-hopped" IPA on Sunday. Doing whole30 so this is the 1st time I will not be drinking when brewing. I shall drink vicariously through all of you!

Oatmeal stout tomorrow. Excited as I am showing a co-worker the ins and outs of brewing cause he wants to get started.

IPA is my spirit animal

WilliamSlayer said:
Oatmeal stout tomorrow. Excited as I am showing a co-worker the ins and outs of brewing cause he wants to get started.

Nice! That's what I'm brewing too. My recipe is pretty similar to Rogue's Shakespeare. Looking forward to it!

Hopefully the stars will align!
D

IPA using all the residual hops from the past 6 months...

Going to start another 5 gallons of hard cider, following the recipe in the thread started by Upstate Mike.

Going to do a AG version of the White House Honey Ale. Obama Beer. Also start a 5 gal batch of hard cider.

Planning to do my Buzz Bomb IPA on Sunday. All Buzz Bullet hops.

Mashing in my Hunahpu clone that was postponed from last weekend. Will do the boil tomorrow.

A British IPA and possibly a stout.

Just did the second step on two starters, wlp011 is a 2L starter and the other is 1.5L of wlp090. Going to pitch tomorrow this time on an RIS then an American stout, partigyled from a 23# grain bill.

The brew day will tax me like no other I've ever had. Can't wait!

Someday After A While 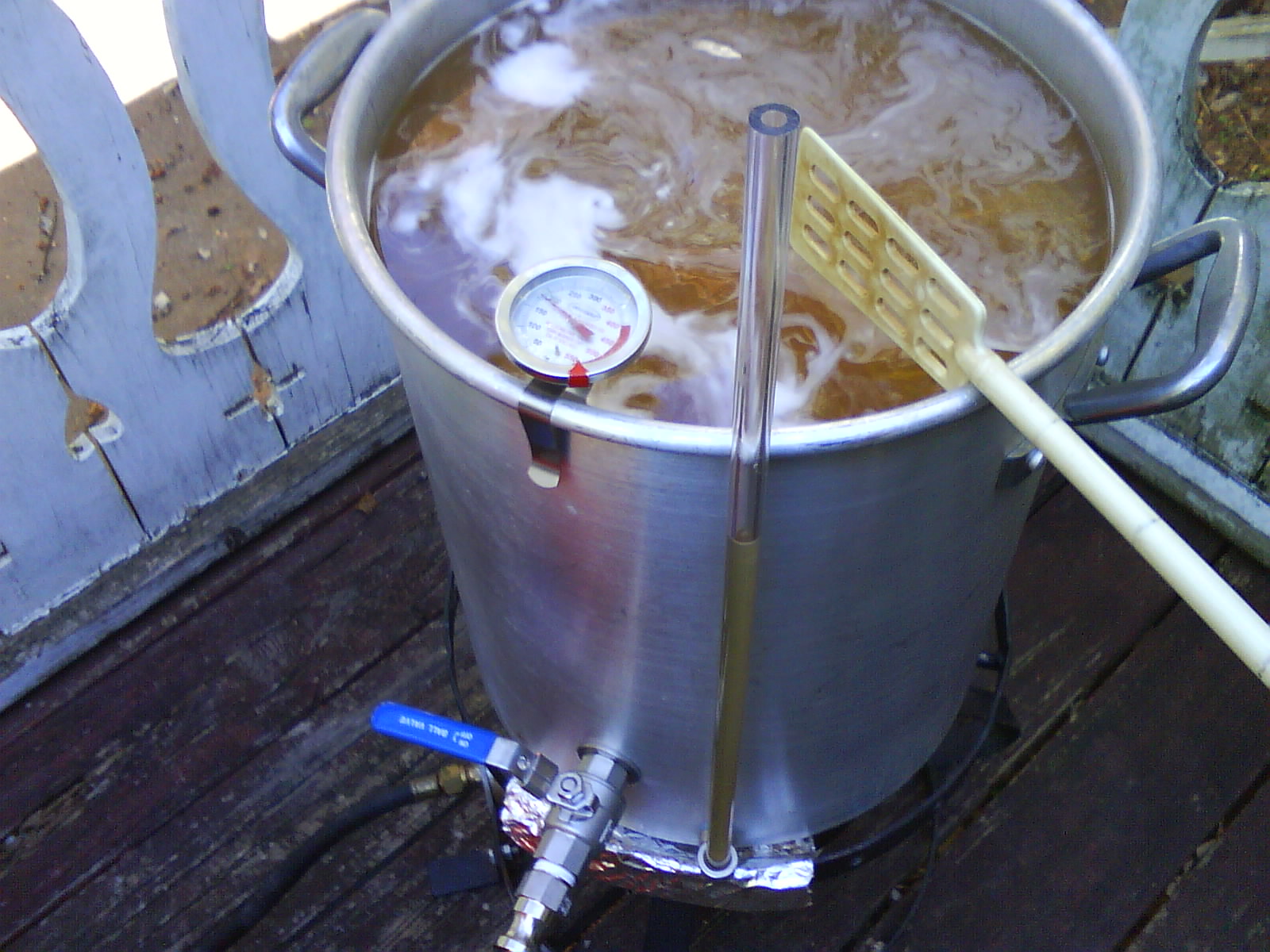 I'm hoping to find the time to brew a Four Peaks Kiltlifter clone that was posted in 2011 by scottland using Safale US-04. I intended to use WLP007, but life got in the way and I never made it to the LHBS to get the yeast to make a starter. Kiltlifter is one of my favorite beers
R

getting ready to start on a dubbel.
P

Just getting started. Doing a Porter with cinnamon and sweet orange peel. Cheers!

Sent from my van, down by the river.

In the middle of a double brew day! Boiling the RIS and mashing the American stout.

And a shoutout to my friend JP, owner of the local LHBS and who's equipment I'm using...

Sent from my iPhone using Home Brew
A 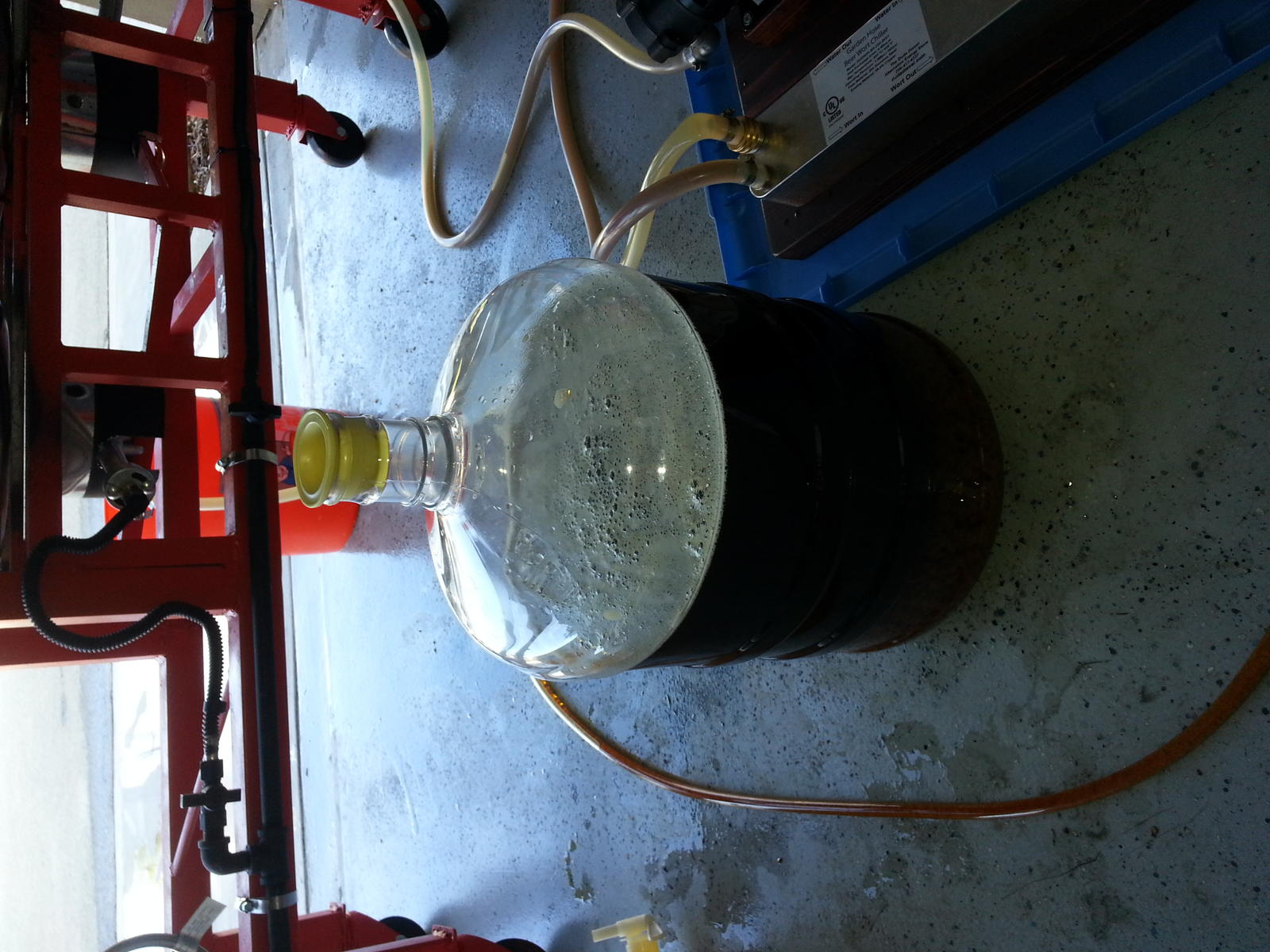 had a great time at the DIY Brewhouse in Columbia, SC with Catdaddy brewing his RIS.

I bought my own ingredients for an All American Imperial Red Honey Ale that i crafted for my 2nd AG batch. Big grain bill but i want a big beer! Gonna brew next weekend with Catdaddy's help. Cheers... and Go Cocks!!

Whew! Just finished cleaning up and finally sat my tired rump down after a partigyle brew session. It was a bit hotter than I hoped for outdoors so I'm a bit more drained than my mash tun. I have high hopes for both these beers, RIS and American stout. I will pitch later tonight after the Gamecocks take on Auburn... Maybe I'll need a big stout by the end of the game. Lol

Just started a mash. I am making an oat/raisin brown ale. 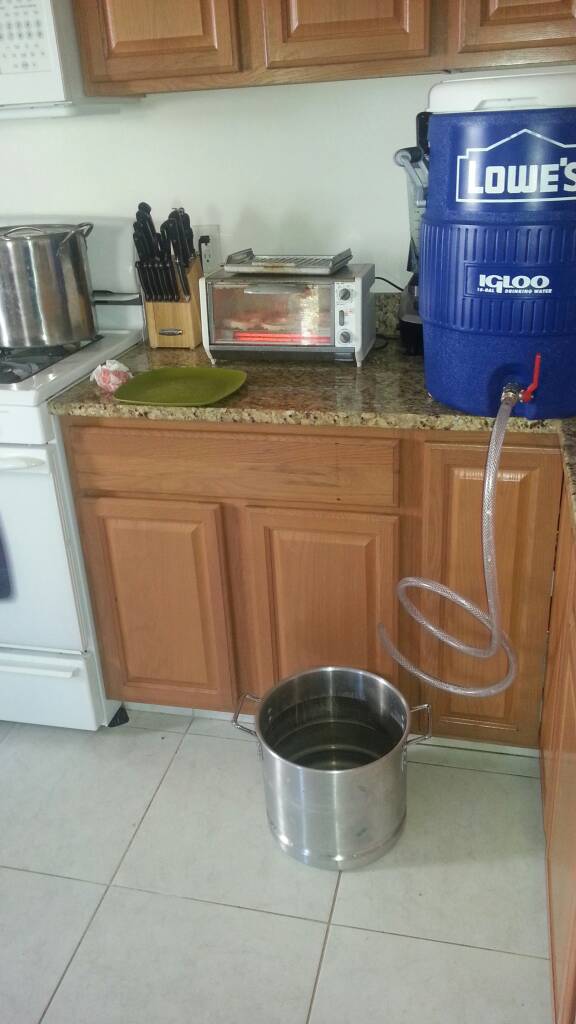 Just when I thought this cold was done, it pulled me back in. Dice hopped IPA waits til next week :'(
L

I brewed last night but wasn`t sure I was going to be able to right up until the last minute.

One hour mash for all the grains. One hour boil adding the cocoa powder and lactose at 15 minutes left. The stout kit was added at flameout. No hop additions on this one. Bitterness will come from the stout kit (and cocoa powder maybe). I topped the fermenter up to 23.5 litre (over shot a little) and the OG came in at 1.062. It`s sitting in my fermentation chamber at 18C and the krausen is just now starting to form (about 14 hours since pitching the yeast). I intend to add about 0.75oz of chocolate extract at bottling.

I`m going to call this one my Cooper`s Triple Chocolate Milk Stout.
S

I guess Oxy Clean is as easy to get as anything else. That said, I was thinking....what if I scrubbed everything out "clean" and then sanitized by swishing around and/or wiping all the potentially contaminated items with Vodka or Everclear several times (in order to increase exposure time). Alcohol is a pretty effective sanitizer and it is not a chemical that we are avoiding ingesting. it is expensive I suppose but I am not advocating total immersion in vodka...just liberally and thoroughly wiping everything with it.

Any thoughts on this out there?

English IPA, bit chiller this week, but I keep on brewing!

Well, didn't squeeze it in over the weekend, but I'm doing a little 3 gallon experiment with some Cascade hops I picked on two occaisons from a friend's garden. It's going to be an American Amber, partial mash/extract. 1/2 oz fresh hops that were vac sealed and frozen in a jar added at the beginning of a 30 minute boil, and 1 oz that was picked later when the cones were browning on the bines and I finished drying and vac sealed in bags...at 15 minutes. Another dried ounce for dry hop. The hops weren't handled as they should have been, but I want to see how a small batch turns out. Pitching White Labs East Coast Ale yeast...and crossing my fingers!

Edit: I'm putting the two hop additions to the boil in nylon bags to easily remove them before pitching the yeast. The frozen ones will not be thawed before adding them to the boil.
S

Brewed up a blonde base last night.

Saturday I am brewing up 10 gallons of HI nelson saison... My modified version. Also brewing up 5 gallons of my house ipa for a guy in the brew club as a trade for 3 tap handles he turned for me.

Brewing an IPA with a buddy for Teach a Friend to Brew day at our LHBS.

Man screw that. Way too cold. Appropriate handle for your location though.

So, who's brewing this weekend?
2

M
The "So who's brewing this weekend?" thread

Who's brewing this weekend?

Who's brewing this weekend?
2

Who's brewing this weekend?
2