Myths and Surprises in Homebrewing

It has been a year since I started brewing my own beer. In that time, I went from extract to all-grain, learned how to keg my beer, built a keezer, bought and used a fermentation chamber, installed an RO filter for water, and learned how to manage water additions, along with a host of other things.
I’ve done 24 batches to this point which gives me some measure of experience, but I also remember, vividly, what it was like to be a new brewer. In the interest of giving back, I list these myths and surprises I discovered in my first year of brewing.

Everyone starting out is anxious to sample their new baby, but it’s almost always better to wait. I know how hard that is, as I was one of the miscreants sampling beer that hadn’t yet even carbed in the bottle! Lesson learned - it didn’t taste that great! Wait, you will be rewarded! Really. 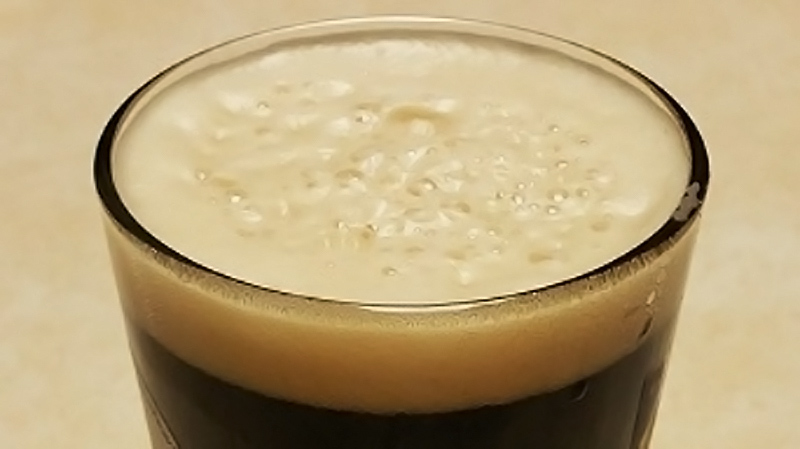 When I started I didn’t really believe, deep down inside, in conditioning. Once beer is fermented, it’s done, right? Well, not right. Beer changes as it ages, usually for the better. A beer that is only slightly drinkable at 2 weeks can become a delight at 4 weeks. The key to allowing patience to flourish is to have enough beer in the pipeline that you don’t feel compelled to test. Not all beers require a long primary fermentation (meaning, 2 weeks or more), but everything else being equal, wait.

A lot of starter kits come with secondaries, so it appears as if they’re necessary, but that’s not necessarily so. If you’re aging beer for months and months, a secondary might be advisable, but it's still a gray area because of oxidation concerns. There are other reasons to secondary – freeing up the primary for more beer is one, but unless you have a specific reason, it’s not needed. For most beers, leaving beer in the primary is just fine.

You know trub – that stuff composed of hop residue, cold break, hot break, the ugly green stuff left at the bottom of the boil kettle. When I started I used a sieve to try to remove all of it I could before it went into the fermenter; now, it all goes in! If I were aging for a long time, I’d use a secondary and get the beer off the trub, but most beer is just fine on the trub. I just kegged a porter that sat on the trub for 35 days; it is delicious at 65 degrees and not carbonated. I can’t wait to see how it is cold and carbed.

RDWHAHB - Charlie Papazian’s famous acronym is true. Brewing is generally a robust and hardy process. During my first brew I misread the directions, and added the liquid malt extract too early. In a near panic I chatted online with a brewmaster at one of the famous brew supply houses. He assured me everything would work out ok, and it did.
Most of the mistakes we make while brewing are not a death sentence for our beer. Didn’t hit the exact minute to add hops? It’ll turn out. Boiled five minutes too long, or short? It’ll turn out. The brewing process is resilient, and so long as you’re following good cleanliness and sanitizing practices, you’ll likely produce decent beer.

I read this when I first started and was encouraged; my water tastes great. So why did my first few beers fall short of what I was expecting? I paid no attention to chlorine. Later, when I went to all-grain, I didn’t realize how bad my water composition is for some beers as it is very hard. Get your water tested, find out what it actually contains, and go from there. And watch the chlorine! Chlorine and chloramine can be removed by adding 1/4 of a campden tablet to each 5 gallons of water (1 tablet for 20 gallons).


7. MYTH - I Can’t Control Fermentation Temperature Without A Fridge. 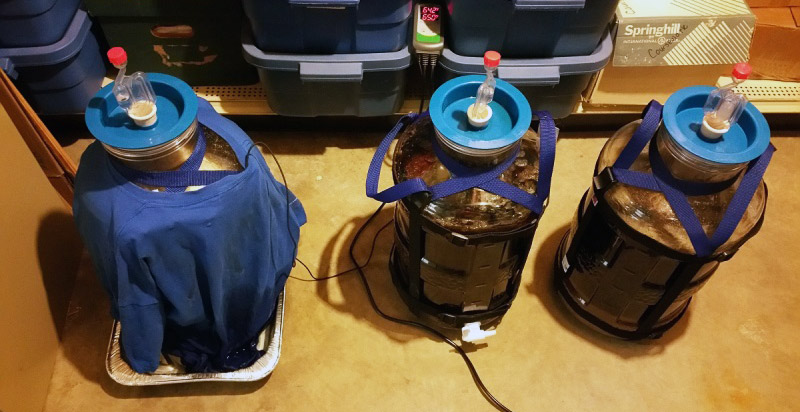 Well, you really can, unless you’re living in a place that is insanely hot. Using a swamp cooler is easy, and effective. Just set the fermenter in a pan of water, and drape an old t-shirt over it to wick up water which evaporates and cools the fermenting wort. You can also help by using frozen water bottles placed in the pan in the morning and replaced daily or otherwise as needed. When I use one, I often place ice cubes or ice chunks under the t-shirt at the top; as they melt, they re-moisten the shirt, keeping it cooling. Replace as needed.
Temperature control is one of THE major things a new brewer can do to help move his/her beer from just drinkable to the WOW category. Yes, a fermentation chamber controlled by an Inkbird is more elegant in some ways, but for those for whom money is tight right now, you can easily control fermentation temps with a little ingenuity.

No, you don’t. I’ve included a picture of my poor-man’s beer gun here, and it cost me about 5 dollars in parts. It works great! I have a growler filler for my taps, and I’ve filled many a bottle just using that, and quickly capping the product. I actually do have a $100 beer gun, but I’ve only used it once. The other methods work just fine, and they’re cheap!


9. MYTH - You Must Do Complicated Sparge Techniques If You Brew All-Grain.

People brew excellent beers using batch sparging and even no-sparge techniques. Brew-in-a-bag has become quite popular; some BIAB brewers sparge the bag; others just let it drain and they forgo any rinsing. How can they do this? They adjust their grain bill. While fly sparging, the more complicated and time consuming approach can increase efficiencies a few points, it’s not necessary to produce good beer.

Your palate is what it is. I don’t care for Belgians. That doesn’t make me a bad guy, it just makes me a guy who doesn’t like Belgians. I tend to prefer malt-forward beers; others are hop-heads. As the famous sign says, there’s room for us all to co-exist. What is a great beer for one person can be torture for another. The only criterion that matters is that you like the beer you brew, and if you can do that, you’ve won.

M
Mike Dalecki
Mike Dalecki is a college professor whose avocation is zymurgy. He was thrust into brewing when his local craft brewer changed the recipe of his all-time favorite brew; he channeled his anguish into homebrewing in an attempt to recreate it. He’s pretty close. His three favorite styles are ESB, California Common, and his house beer Funky Rye ale.