Help! what are these scary looking dots on my scoby/baby?

Last batch, we had a small dot of mold. It was about ~3/8" diameter, perfectly round like from a petri dish, right on top of the fully-formed / mature scoby. We couldn't see anything else similar. We carefully removed it, and waited several more weeks to see if anything else bad grew. Nothing did. All told that batch remained much longer than we usually do, if that's relevant.

So, we made new tea, discarded the baby/top layer, but left in the old mother (eg floating down in the tea a bit.

Two things seemed off about the new batch:
- the growth was more uneven; rather than a mostly uniform layer on top for the baby, it formed the "continents" shown.
- the dots. What the heck?? I've never seen anything like this.

Please help! Is it safe? We haven't consumed any of this; can we start a new batch, or do we need to find a new mother? We've been cultivating this for ~2 years, and have never had any problems; the strain came from a friend's grandma. 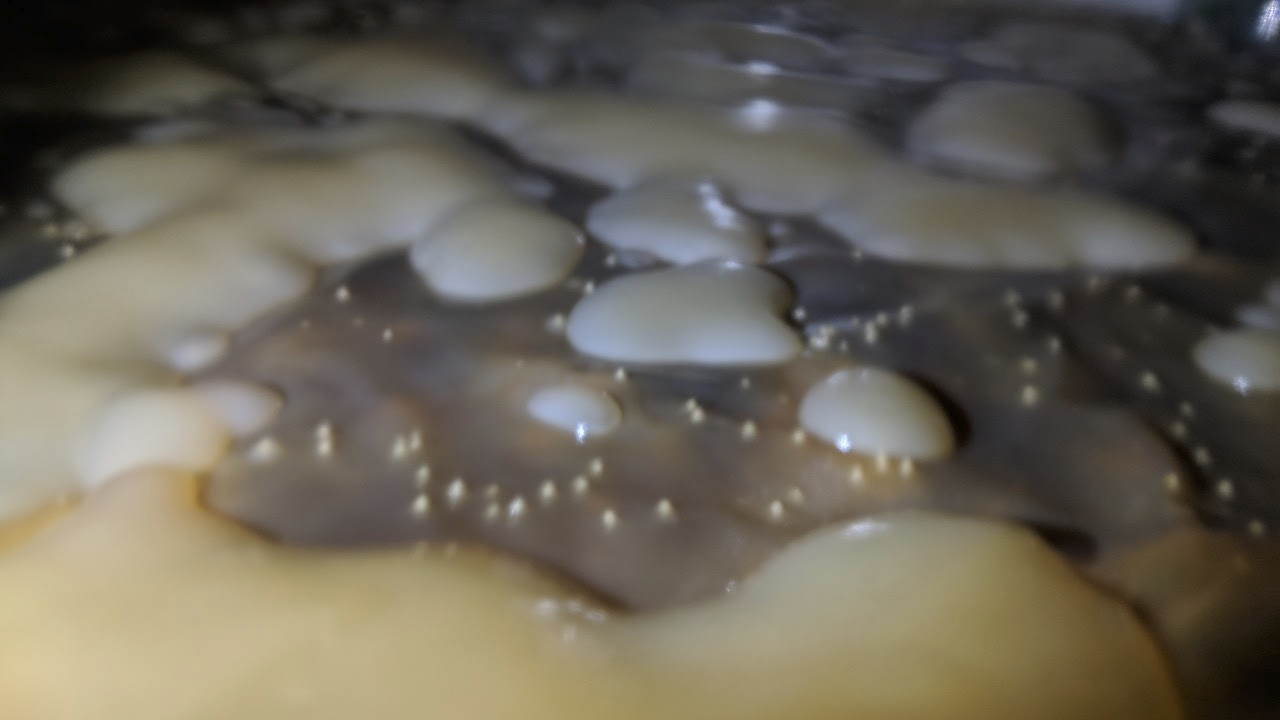 Normal.
The only thing to worry about is mold, and that's not mold.

Don't read too much into the pellicle (pancake snot film thing).

RPh_Guy said:
Normal.
only thing to worry about is mold
Click to expand...

Regarding the mold; I've read conflicting info. Some sources seem to say, once mold is found, you should start over with a new scoby/mother. Others aren't so black and white.

Mold is allergenic and can produce toxins and carcinogens. Any fermentation with mold should be discarded.

A
Mold on baby scoby