New to this forum, looking forward to reading everyone's stories and experiences.

On Saturday night I brewed a one gallon batch of Chestnut Brown Ale (from Brooklyn Brew Shop). It's only my second attempt at homebrewing, so I'm still learning. Yeast was pitched at around 11:20pm, so at this point about 37 and a half hours ago. It's starting to bubble and form a ring on the surface, albeit slowly.

It's in my basement covered up with a towel (and it's in a dark place to begin with so that was just for good measure), but I thought about it this morning and the temp in my basement is between 40-45 degrees. Is it too late to bring it upstairs where my house hovers between 55-67 degrees throughout the course of the day and night? Could the yeast have already given up or is there still hope?

Would appreciate your thoughts...

P.S. - first pic is from about five minutes after pitching yeast, and the second is from the following morning about ten hours later. 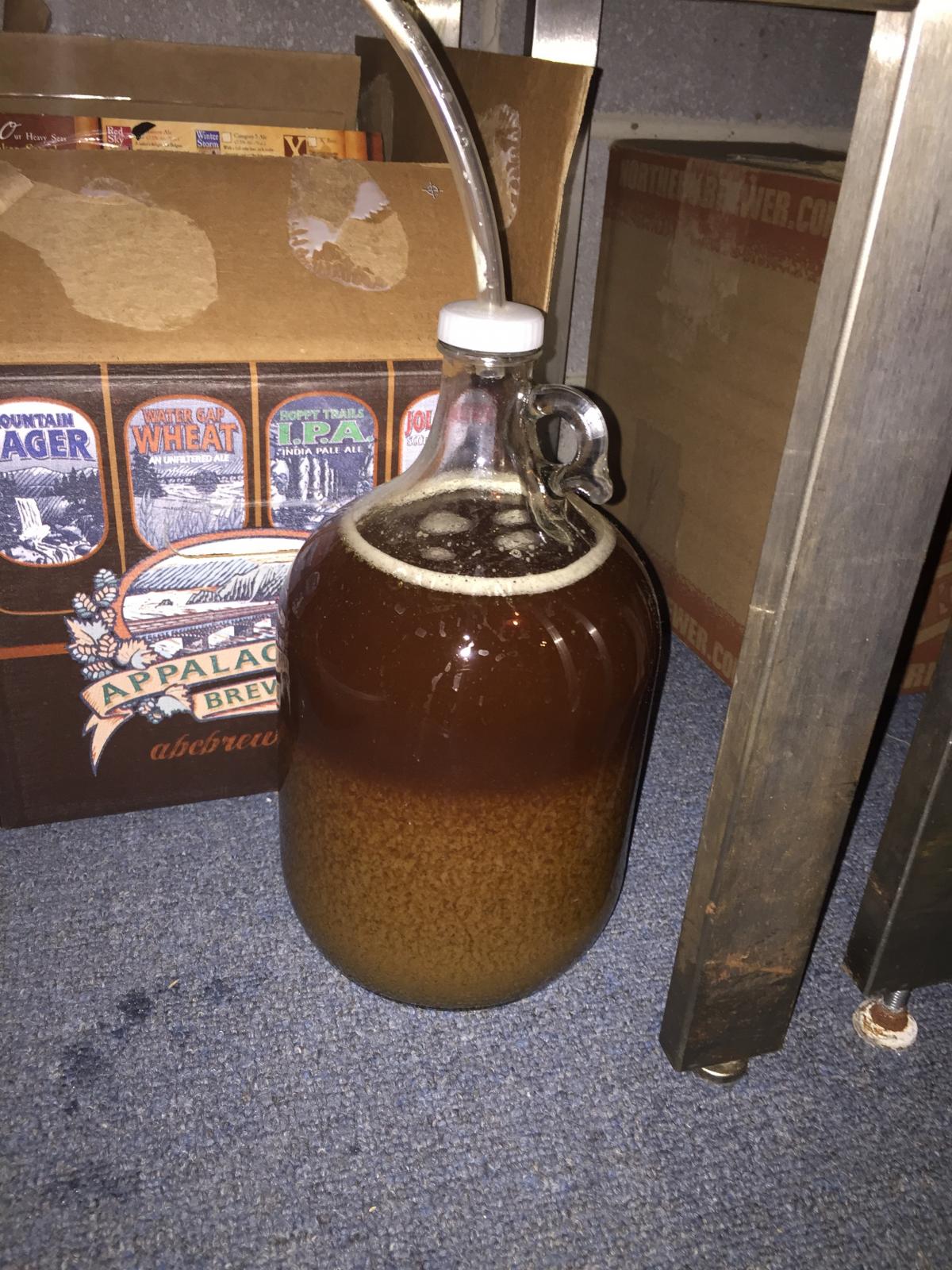 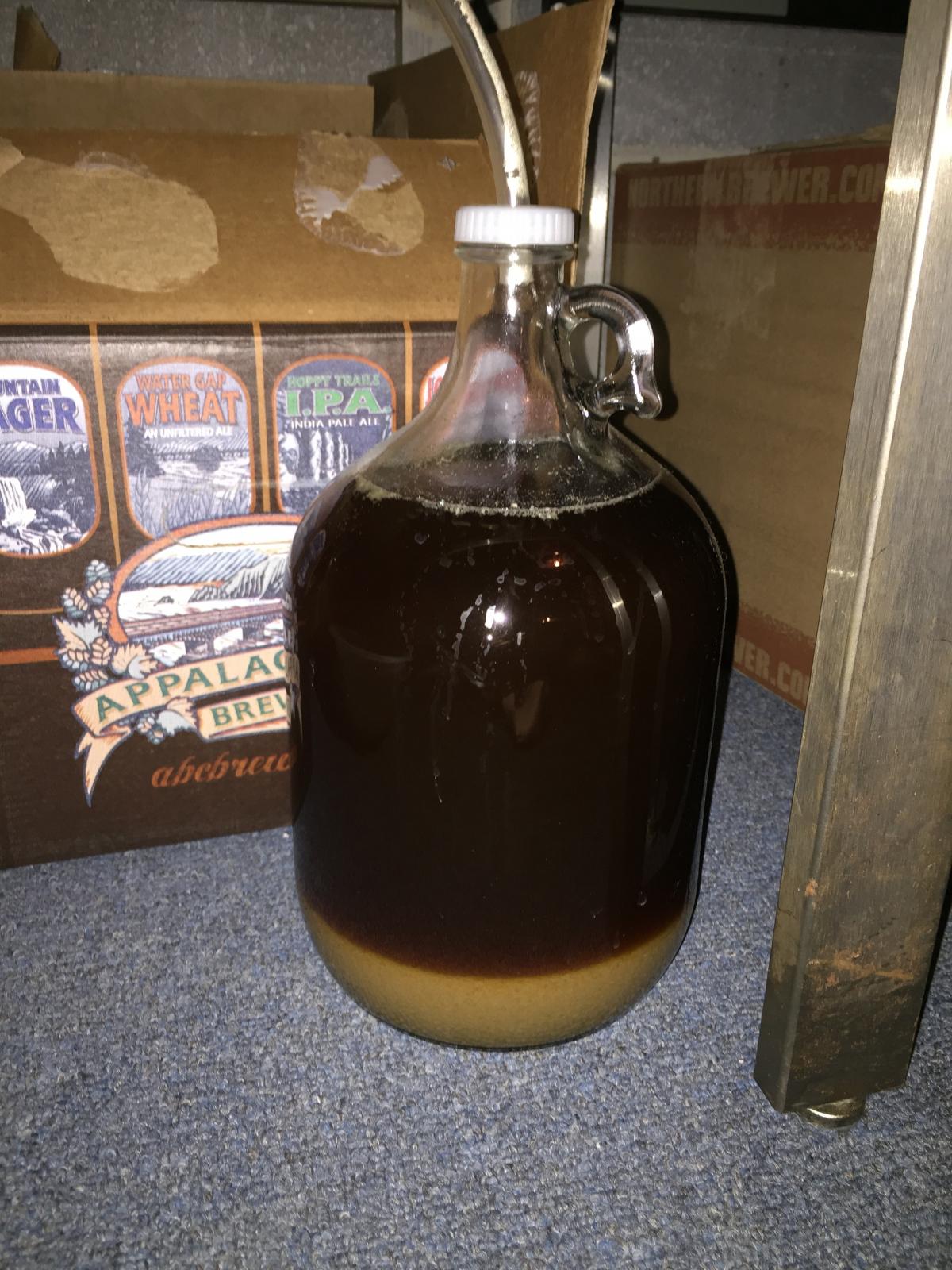 The type of yeast can make a difference but yes, bring it upstairs.
B

40-45 is definitely too cold for an ale. It's not too late to warm it up. I would agitate is also once it has warmed up. Try to keep it above 60 though. Even 55 degrees is cold for an ale.
OP
T

Thanks guys, I'm certainly glad I thought of this now rather than two weeks down the road.

Does it just need a bit of shaking or swirling as far as agitating it goes?

That won't hurt, but I would be gentle with it.

If you can set it in a tub of water it will help regulate the heat. The thermal mass will slow any temp swings. It will also allow you to put in warm water bottles or ice bottles to try and keep an even 64 degrees or so depending on the yeast strain used.

For brown ales I like to used Nottingham fermented at 60 to 62 until fermentation is almost complete, then I drop an aquarium heater in the water tub which bumps it up to 67 for a couple more weeks.
OP
T

I moved it from my basement to underneath my half-bathroom sink. It appeared to pick up immediately, then checked a few hours later and it was moving along even more, and I checked this morning and it was chugging like crazy!

My guess is that the yeast have woken up nicely

Next step - replacing blowoff with airlock once everything calms down.

Thanks for your help guys!

Is that the kit from Brooklyn Brew Shop?
I've had the same kit steadily fermenting for 2.5 weeks, fermenting at a crawl the past 5 days. I thought it was about to finish but it seemed that the tiny rim of bubbles would never stop. So I put it in my fermentation fridge at 75F and it resumed with bubbling the airlock and surface activity and all.
Also just received feedback from them saying ferment at 65-75F. The lower the slower fermentation.
You must log in or register to reply here.
Share:
Facebook Twitter Reddit Pinterest Tumblr WhatsApp Email Link

B
Fermentation temp too cold?

U
Brown Ale fermented... too much