Do You Want A Beer With That?

"Do You Want A Beer With That?"
Of course I do? What kind of question is that? You want I should wash my food down with my own spit? The better question is, "Which beer would I like with that?".
If it's fried seafood, or rather, fried swamp and marsh food; but that doesn't have quite the same appeal to some folks, well, I'll take a citrus wheat or a good American lager. These two beer styles pair well with battered and fried seafood because they are light and refreshing. All that crunchy, seasoned batter is great, and it can be filling. It really sits with you. You may not want to pour a big bodied stout on top of that. 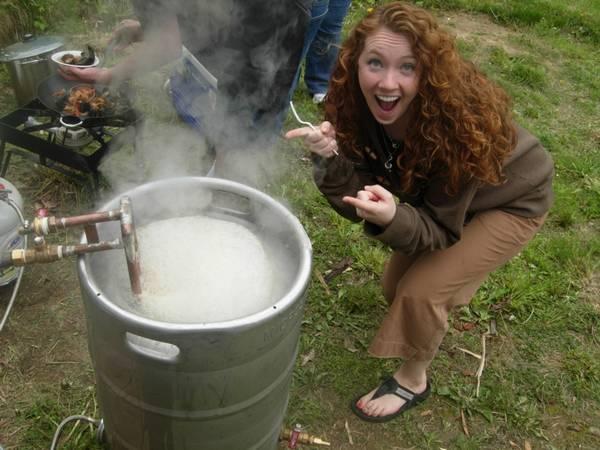 The citrus flavor of a citrus wheat, be it from actual citrus or a hop such as Simcoe or Citra, is a great flavor to have along with the cayenne seasoning often used in Cajun style fried seafood. You get some heat, and you get some sweet. A little crispness, too. The citrus also goes well with the delicate taste of crawfish, shrimp and white fish meat; such as catfish and red fish. Croaker, too. Don't write off Croaker. They're the red fish's tasty cousin. 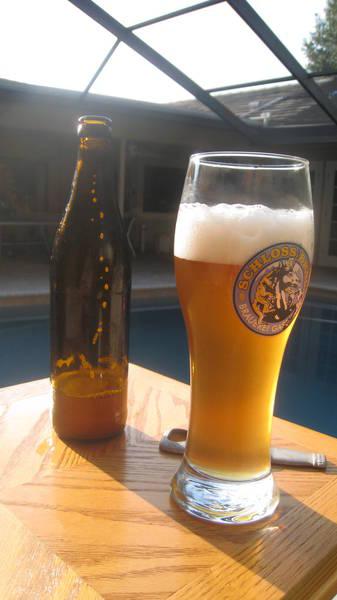 An American lager is such a straightforward and simple tasting beer. If you want a beer that won't interfere with the gentle taste of these aquatic meats, or argue with or override the seasoning; choose an American lager. Its quaffable refreshing quality really shines here, as well. Are you popping spicy cornmeal coated crustaceans one after the other and needing something to, "wash it down with"? American lager. Chug you some and keep on eating.
There's actually some science here. The acids in citrus fruits neutralize amines, a strong base, in fish and other seafood. Squeezing a lemon onto a piece of fish lowers the base and gives the fish a subtle saltiness without the metallic bite of being over salted. Oranges also work. It's common place in south Louisiana to add lemons or oranges to a crawfish boil. Okay, so it's plausible the citrus in citrus wheat works. Even if it doesn't, the pH of beer is typically below 7. A lot of them are below 5. It's acidic. That makes beer in general a good choice of beverage with seafood. 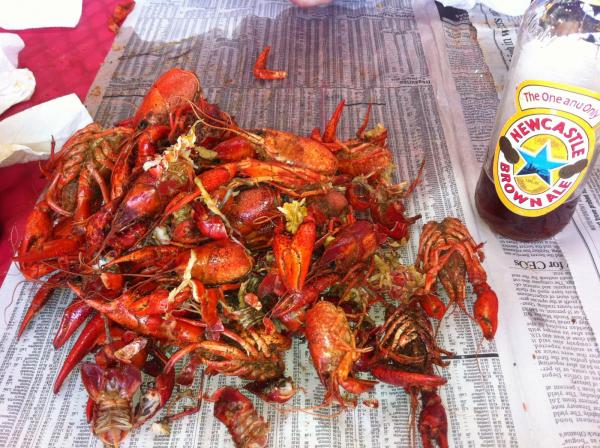 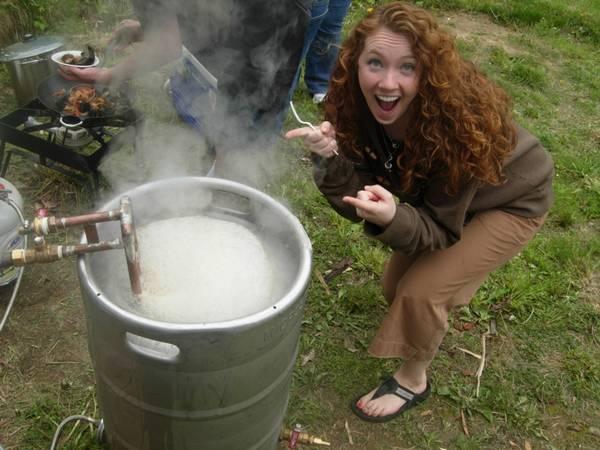 Hey. That's my keggle! And my burner! And my old, ugly chiller! And my mussels! And that might be me right behind Red.
I'm guessing you just snagged this picture because of Red, because I don't remember anyone named "Paul" at this brew session.
@the_bird it's gotta be rough you finding out this way, but red decided to move on with her life. She's with Paul now.
@the_bird
Yup. Had to use pics from on site.
Love me a good fish fry
I like Zatarain's myself mixed with cornmeal & flour. Great on fresh bass fried up.
I'm pretty sure Red's laughing at me boiling over a 5-gallon batch in a 15-gallon pot.
I remember a day much like that...
I'm pretty sure that's my lawn
Based solely on the pic, YES! I want a beer with that!
I really dig a good fish fry. Instead of milk for the wash tho I used to use buttermilk and a dash of hot sauce with the egg.
that looks like home with all of those crawfish
While a big bodied stout may not be what you are looking for with fried fish, I defy you to find a beer that pairs better with classic fish and chips than dry stout. I would also take a look at some lighter colored Belgian ales- Duvel in particular. (Now if you aren't frying your fish, I'd start the conversation with wit- it might be too delicate to stand up to all of that fried flavor, but if you are looking for something that can dance with broiled or poached fish? Look no further. Unless you are feeling spendy and want to pick up a few bottles of Orval. Oh baby.)
LOVE THAT PICTURE OF RED!!!!
I saw that and was like HAY! is that Red? Haven't seen her in awhile..
Cheers
Jay
Yeah. I didn't include pictures in my article. Oh well, it looks like Red has made a stellar contribution with her cameo!
A Belgian or a wit does sound tasty with fish. now I'm wanting a Shiner White Wing.
Me and buttermilk are weird. I can't stomach it as a beverage, but love buttermilk biscuits and pancakes. I'll try it in batter the next time I fry seafood.
Damn. Lost me at 'course'. Coarse I understand, but I'm not taking a course on breadcrumbs.
A horse is a horse, of course, of course. Unless, of course, it's 40 grit. That would be quite coarse, of course.
It was a difficult article to read due to my constantly scrolling back up to check out the hot lady!
But seriously, a nice article and now I really want to try some of that stuff! I've never had a crawfish boil. Looks amazing!
You must log in or register to reply here.
Share:
Facebook Twitter Reddit Pinterest Tumblr WhatsApp Email Link

P
Do You Want A Beer With That?