Ok, I could cry. I set up to bottle my Celebration clone last night, was sanitizing everything, my hydrometer slipped out of my hands and shattered... thought to myself, bummer, but it could have been worse.

14 bottles filled, 4+ gallons on the floor and carpet.

OH MAN - that is rough. How did the bucket fall anyway are you on a boat?
C

I was thinking of starting a Revvy's Brewing Nightmares thread today, but decided not to...It would be too depressing.

Sorry for your loss.
W

that sucks! sorry about that
OP
B

I did this exactly the same way as I did my last batch. I used a small notebook to "tilt" the bucket to be able to drain every last drop out... well guess what... I sure got everything out of it...

sorry for your loss.


The other lesson to learn here is to always have 2 hydrometers. I learned that one, took a while but, I learned it well.
OP
B

yep... tho by that point, I'd pretty much committed to bottling... it'd been in the primary for a few weeks, pretty much figured she was done...

I sure hope those 14 bottles are good

I used a small notebook to "tilt" the bucket to be able to drain every last drop out
Click to expand...

I think Revvy has the answer to that!!! 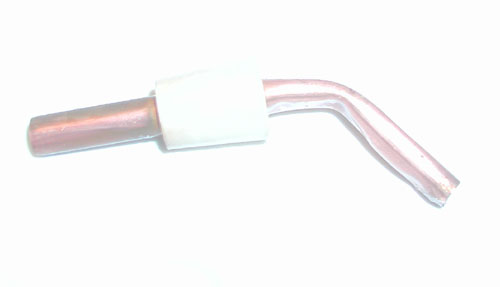 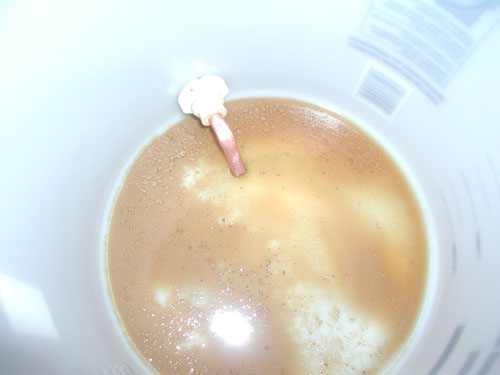 Just find a stopper that fits the back of the spigot, then either bend some copper or brass tubing until it the back end of it touches the bottom of the bucket, leaving a tiny gap in the front for the liquid (and not the hops) to flow through.

Actually that is version one, which unfortunaely went into the garbage disposal and was so hacked up that it never quite worked as well ever again.

For my new version I took a piece of racking cane, and heated it over my yeast harvesting alcohol spirit lamp and bent it till it worked for me.

A couple people have rigged up different versions with all manner of junk, including IIRC a small pvc bend...

It would be neat to see what other's have rigged up...


Basically anything that you can fit from your bottling spigot to the bottom of the bucket will work.

It also leaves behind less than 4 ounces of beer in the bunket. Someone's bend get's less than a shotglass.
OP
B

I figure my 12 pack is Celebration will end up costing somewhere close to 400 bucks... ouch.... 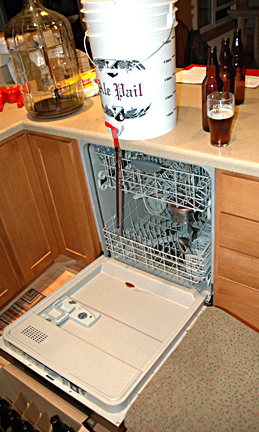 yup... I knew to do that one too... just got lazy and didn't want to clear off the counter top.


I completely deserve this, for sure... I tried to take the easy way out (should've known better).

Here is another suggestion to minimize bottling day disasters. It's a bit spendy, but it works.

No no - no one deserves that.

Doing it over a dish washer you would have broken the door also AND messed the floor!!

Also - draft systems are sweet nice but have drawbacks. It's tough to give away 5 gallons to a friend!

Grinder12000 said:
Also - draft systems are sweet nice but have drawbacks. It's tough to give away 5 gallons to a friend!
Click to expand...

And you don't. Biermuncher Bottle Filler.