My youngest son, Roger, filled his tag on 12 November 2017; after some good, old-fashioned, hard hunting, he brought down this mule deer doe: 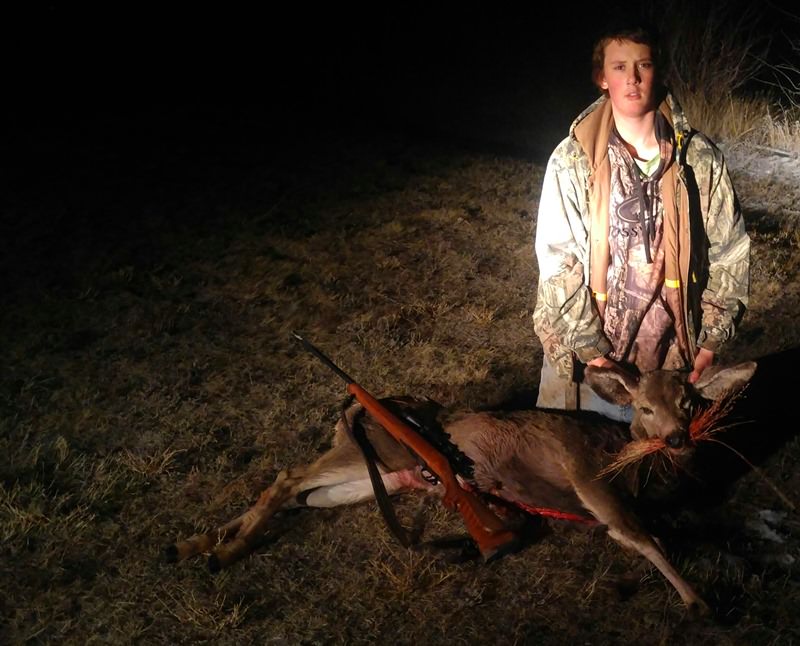 This deer was taken southwest of Chinook, Montana on private land. This is his third deer since he began hunting three years ago, and by coincidence, this doe was taken just a stone's throw from where he shot his first deer.

The thing I love about this kid is that he hunts and hunts hard. He hunted harder for this doe for than a lot of people hunt for a buck.

Nice rifle! Reminds me a lot of the Winchester model 70 from the 40's.

Hi, DR, and thanks for the feedback! I love that CZ, and I wouldn't trade it for much...except probably a pre-64 Winchester!

Wedmann's Heil to my son Roger!

Roger Waters to perform The WAll