BrewnWKopperKat said:
Many of the "no boil" DME recipes pasteurize the wort - as the recipes will do a "hop stand" / "hop steep" at 180F-ish for 20 to 30 minutes.

The other thing to keep in mind when reading forums is that different brands of the same style of DME will have different flavors and different characteristics. A while back, I brewed the same recipe with two different brands of "light" DME - and I saw both sides of the discussion on "hot break or not' with "extract".
Click to expand...

Most recipes I've seen on youtube or elsewhere, I feel have had hop editions only during the boil or after, not before. Steeping of grains though, I have noticed is very common, though that happens before the malt is added (right?), but maybe grain steep always calls for pasteurized wort (I mean boiling malt after)? The different permutations possible are endless, and I'm not personally sure which ones make sense and which ones don't. My point was bottom line that I haven't come across a hop steep recipe yet (that I can recall). Though my experience in recipes is very limited still.

The thing with DME differing from brand to brand I've noticed. Hopefully calculators like brewersfriend have accurate stats per brand, to account for these differences before brewing. But ofc you can't always be that fortunate.

EDIT: How fitting I came to this chapter in "The complete Joy of Homebrewing" now:

Most malt extracts for homebrewing are of excellent quality, but they will vary according to the character of beer that was intended by the individual malt manufacturer. The light malt extract made by one malt manufacturer will make a beer distinctively different from that made by another.
Click to expand...

Matheos said:
Hopefully calculators like brewersfriend have accurate stats per brand, to account for these differences before brewing. But ofc you can't always be that fortunate.
Click to expand...

Most DME is around 44 ppg and most LME is around 36 ppg, so recipe calculators will be able to use that to provide a good estimate for OG. Color estimates are difficult - the primary problems seem to be proper measurement of color and brewing the beer clear enough to not impact the measurements.

I haven't come across a hop steep recipe yet (that I can recall).
Click to expand...

"Hop steep" and "whirlpool hops" are often used interchangably. This step occurs after "flame-out" - as the wort cools to around 170F, hops are added, and the wort is held at 170F for around 20 to 30 minutes (temperature and time will vary based on the recipe).

With regard to "no boil" recipes, American IPA - Blasphemy - No Boil NEIPA & No-Boil Recipes! New for 2019! will get you started.
OP
M

Update: Bottling done
Thought I would leave you guys a quick update. So we bottled today, actually got a second vessel in order to mix the priming solution directly into the wort, rather than priming every individual bottle. This all went fine and we ended up with about 17,5L of beer on bottles

An odd thing that never happened though, a lot of krausen did never drop. I have read this happens at times, and I hope it is fine? We recorded an FG of 1,005 which is way lower than expected (1,012). So this makes me quite confident fermentation had finished.

We dry hoped for a bit more than 2 days.

Considering doing secondary fermentation for next batch, just to clear the beer up more and perhaps solve krausen not falling and stuff.

It's now been more than a week since we tried this beer for the first time. Initial thoughts were positive. It is slightly hoppy, but not a lot
I think it may lack a bit of bitterness. Once you have swallowed, there is really no traces left in your mouth barely. Head retention is also almost non existant, you might get a bit of a head for half a minute, but it quickly wanishes. Carbonation is quite OK. First bottles I thought it felt a bit stale, but recently I have grown to appreciate that it is not super carbonated. Lastly, I am a bit surprised of how cloudy it still is. I did not do secondary, but I bottle conditioned for 2 weeks, and the beer in the picture has been on bottle for 3 weeks and about 2-3 days in the fridge.

All in all, I would say this beer is a success. It turned out to be higher ABV than expected (Around 5,5%), but that is ok

The batch I will bottle today has bitterness hops boiled together with a bit of DME, so will see if we achieve better bitterness when not boiling in plain water. Also will be interesting to see the difference between tap water (this batch) and bottled water (next batch).
This beer was extremely easy to make and effort + price to taste and amount ratio I would say is great!

Thanks yet again to everyone in this thread who have helped me through the journey of making my first "real beer"! Special mentions to @Miraculix and @BrewnWKopperKat <3 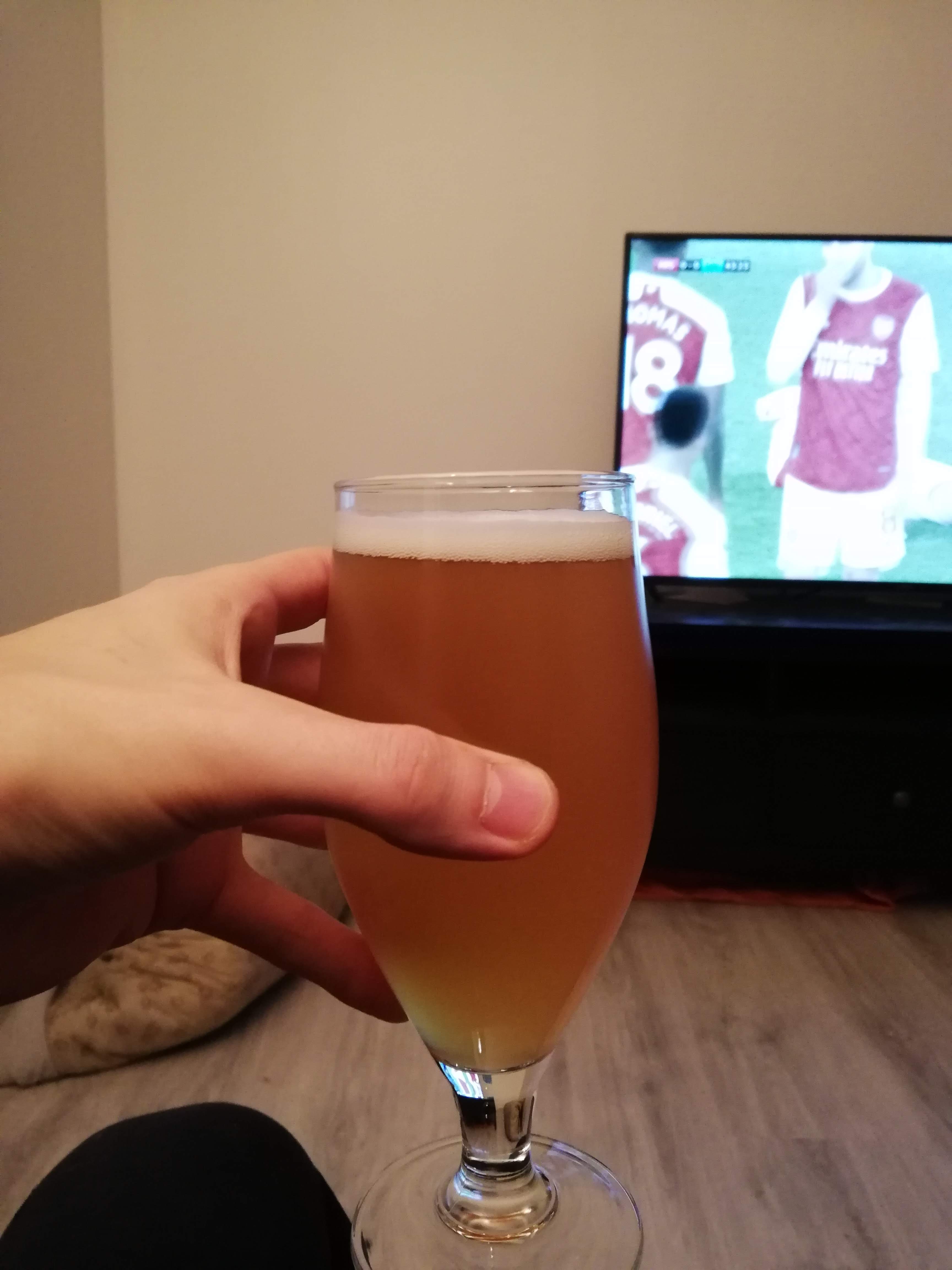 Any tips on making a good extract pilsner?

T
tips for my first brew

C
Dry Stout Extract kit - tips on how to modify?