Kenny Sabine was always one to have a hobby or something going on in his spare time. In 2008, he found himself idling, and his daughter noticed. Since he was a lover of craft beer, and had been for many years, she thought a homebrew kit might be a good hobby. So she bought a 5 gallon starter kit for his birthday, and started him down a new path.
After brewing with his 5 gallon set-up for a while, he migrated to a 10 gallon system. When he made that move, he found chilling in the snowbank no longer cut it, so he made an immersion chiller. As a retired HVAC contractor, he knew his way around bending tubing to his whims, so he was able to make a few concepts that worked well for him.


Kenny Sabine In the Beginning: 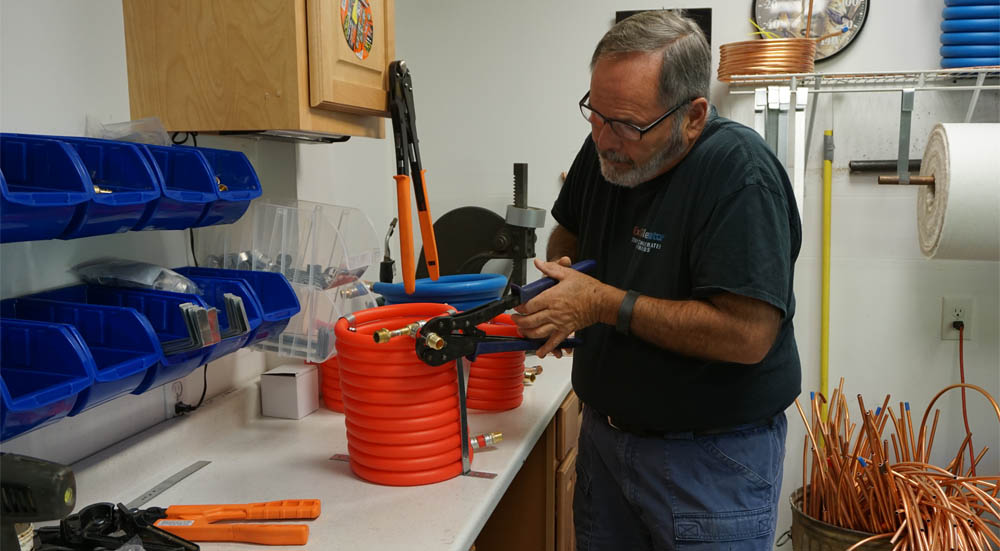 Unknowingly, a friend helped him further down his path of destiny when he gave him an old 30 gallon kettle. Kenny now found himself struggling to chill 20 gallon batches of wort. He considered buying a counter-flow chiller to deal with it. But before he did, he happened to notice some PEX and 3/8” copper tubing lying on the floor together at a work site, and he had his eureka moment. He built a tool to roll the PEX tubing coaxially around the copper tubing and next thing he knew, the headline product of Brick River Brewing was born - the ExChillerator.
His entrepreneurship started before his homebrewing days, with his first commercial venture being fishing lures. He built a small injection mold system, and developed a combination of plastics to create unique lures. He even holds a patent on one of his designs. He sold that business when he started brewing.
When Kenny decided he had something he might be able to take commercial, he started keeping track of fabrication costs, and his time spent making the chillers. He built up a few units, and his nephew helped get him on Amazon. Based on a little market research, he sized his units where he thought there was a market need. He was right, and within a week on Amazon, he had his first sale in May of 2014. In that first half year of sales, he sold 65 units. In 2016, he expects to sell over 400 counterflow chillers. 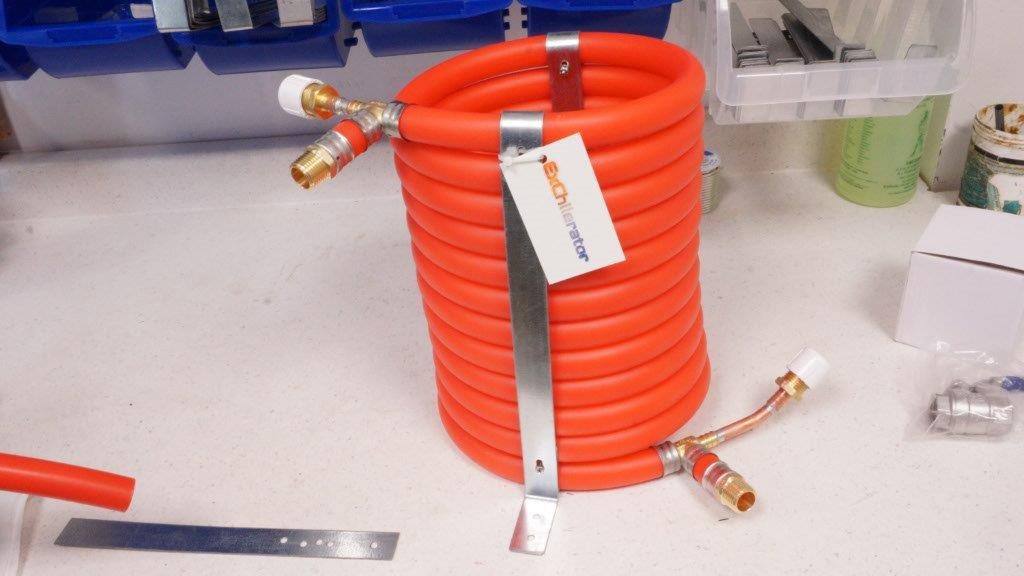 Kenny brews regularly on a 20 gallon system now, and uses that as his development test bed. He is continually looking at how to improve on existing designs, and trying to figure out where there’s a need for some new brewing invention. As he describes it, “I also have other projects that are part of my brew stand that work great, but [are] not quite ready for prime time yet.” He’s started working with a brewer who is opening a Nano-brewery soon. He looks forward to this as an avenue of additional development in a segment of the market that could benefit from more attention. He notes that the Nano brewer is continually faced with equipment options that are either sized for production breweries, and are too large in scale, or sized for homebrewers and not big enough to support their needs.
Kenny also keeps up good communication with his current homebrewer customers. Through their feedback he often gets new ideas for improvements to his products, or even new uses for existing products. For example, it was one of his customers that first started using his ExChillerator as a HERMS system to heat and control wort temperature rather than just cool it.
Kenny currently has three businesses that he’s involved with. He considers each of them a full-time job, but Brick River Brewing holds a special place for him. He sees his homebrewing as a hobby, and the counterflow chillers are a sort of by-product of that. He explains that relationship as “For the first time I get to consider a business a hobby that I will truly enjoy!” Kenny is turning 61 early next year, and says he’ll be winding down some of his other businesses to focus more time on Brick River Brewing. With the ExChillerator still in its infancy as a product, he hopes to increase sales through an increased focus on marketing and expanded availability. He’s also confident that he makes a great product, and that customer satisfaction and word of mouth will continue to grow his business as well.
A common strategy when looking to expand manufacturing is establishing production capacity in China. Kenny said that with his current sales rate, he’s still able to personally hand-make each of the chillers, and stay 25-35 units ahead of his orders. Although his first chiller took him 6 hours to make, he can now make them in about 45 minutes. Were he to contract chiller fabrication in China, he’d have to commit to a minimum order size that would drive new considerations for him - like the up-front funding for such a large number of chillers, a location to store the inventory, and taxes/accounting for dealing with product inventory costs. So for now, he plans to continue making these in Connecticut, while he waits to see where the market goes. And that means you can continue to get a product made in the USA, that’s individually hand crafted, to chill your wort!
To find out more about Kenny’s counterflow chiller products, you can go to www.exchilerator.com. 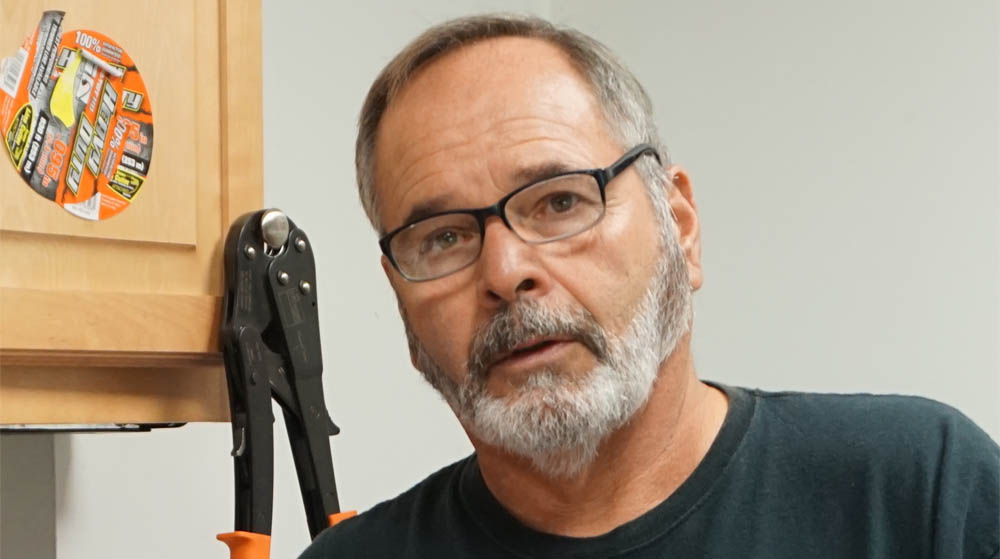 I just bought a chiller from Kenny. I like the chiller a lot. I had a couple of questions for him, and he turned around my notes in a hurry. I found his youtube videos helpful as well. Very nice man, I root for him.
How can I contact him, I would like to know more and possibly buy one!
Email [email protected] or you can find him on facebook or www.brickriverbrew.com
Good read, would be nice to include a link to purchase or get some company info.
You can find his wares on E-bay, but I personally bought the unit through Brickriverbrew.com.
There is some debate as to whether or not pex is compromised by UV light (search here on the site and you will find a thread). No one is reporting issues on that thread.
Sorry about that. www.exchilerator.com. [email protected]
I have the Exchilerator UV and I love it! I'd be more than happy to field whatever questions people may have, at least ones specific to my experience using it. Kenny is extremely responsive to questions and is very passionate about his product. I'd recommend the Exchilerator to anyone looking for a gravity or pump fed chiller.
Fantastic article! Love hearing about great success stories and just makes me want to support him even more...I'll be placing an order soon!
You must log in or register to reply here.
Share:
Facebook Twitter Reddit Pinterest Tumblr WhatsApp Email Link