The Real Story of the Fat Boy

If your ever in Phoenix and get a chance to catch Buddy Stubbs giving one of his personal tours of his museum you are in for a real treat. The man is a wealth of info. A couple of years ago we got a personal tour and He told us the story behind the Fat Boy. In the 70's and 80's Japan had taken the market in the US. In the late 80's Willie G and the gang had got the factory back and made some changes. In 1990 they came out with the Evolution engine and a new big twin the Fat Boy, along with new marketing. Fat Boy got it's name from Fat man and Little Boy, it's color from the Enola Gay and the yellow stripe on the block head was for the Japanese. A direct message to the Japanese that Harley Davidson was taking the us market back. I think it worked. 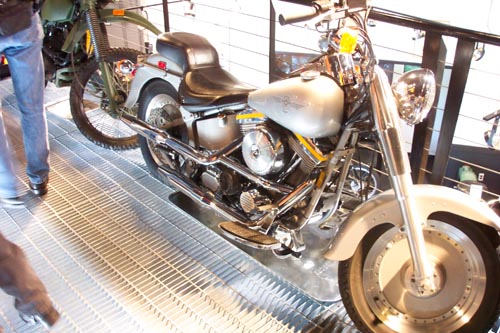 Harleys are nice- But WAY over priced. However I like my

I'm not a biker but if I was then this is the realistic choice for me.

off to the races boys!

The Beautiful Story of Strawberry Beer

Story from the Train