Qhrumphf said:
Moved on to Ludwig Van myself.
Click to expand... 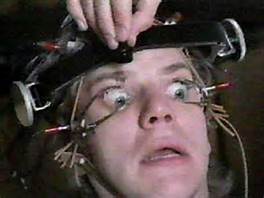 Bad Religion and Against Me! Just announced a tour together. I'm taking my daughters. Woop woop.

Anyone catch that Misfits reunion live? I was pretty excited watching on Periscope, love them.

man, i really wanted to go to the Live and Loud this year....chicago a couple years back was ****ing amazing. my dumb ass moved to san diego.

oldstyle69 said:
man, i really wanted to go to the Live and Loud this year....chicago a couple years back was ****ing amazing. my dumb ass moved to san diego.
Click to expand...

me and my brother only went to Friday's event. wish we could have stayed the whole weekend.

Their music is a little meh, but I can't get enough of Olga.

One of my son's many bands.

Anyone going? More of a 90s thing, but it looks like fun. Punk and Craft Beer - weird combination.

Went to this. It was a bit of a cash grab. Everything was overpriced ($10 for a short pour). Food was crazy expensive. I didn't bother with the beer tasting. It only ran for a few hours. Location was really nice.

Overall, I had a good time. Rancid was great, as usual. Jello was semi-psychotic, as usual. I always enjoy 'Sick Of It All'.

This was advertised as somewhat family-friendly, so swearing wasn't really condoned. Mark, from Guttermouth, swore, apologized, then they played 'Lucky the Donkey'. You've gotta love that.
Last edited: Jun 5, 2018

Very cool b-boy. Brings me back to the 80's. Decedents, Vandals, Keith Morris.... Keith Morris was actually the DJ at my wedding back in the mid-80's. The person I hired for the music didn't tell me she was bringing him to actually spin the discs. We were blown away. It is cool to see these old punk bands play "family friendly" all ages shows. I took my boys to see Agent Orange, the Adolescents, JFA, Channel 3 and other favorites when they were early teens. At first they looked at me like I was crazy when they saw the mosh pit. By the end of the night, they were hooked.

It was a nice mix of music. A little hardcore, a little SKA, a few NYC bands, a few Boston bands, and a lot of West Coast bands. Some of these guys are looking pretty old (including me).

There were a few I didn't really get. Bouncing Souls was one of them. I'm still not sure what I was watching. About half-way through their set a big tattoed dude standing next to me, turned to me and muttered 'These guys F------ annoy me', and walked away. I laughed. I kinda felt the same way.

I was always interested in those bands that were a little different and that I couldn't hear 30 times a day on the radio when I was a kid. I had to seek out the NY Dolls, the Stooges, the Dead Boys, MC5 etc

I moved to a bigger city in '83 and when I saw 4 black dudes known as the Bad Brains...that was it!

I met my wife in '84 at a Circle Jerks show. Tell people you met your wife at the Circle Jerks and watch the reaction! LOL

I was introduced to it by a kid in my Spanish class in ~1977. He started coming to school wearing a leather motorcycle jacket with Ramones and Elvis Costello pins all over it. I asked him about it, and he gave me some cassette tapes. I was hooked. You couldn't get this music on the radio, and you couldn't buy it anywhere. Sears was where we got all of our music.

I lived about 45 minutes from NYC. When I got a little older, my friends and I started venturing into the city. We got to see some underground stuff there. Went to CBGBs a few times in the late 70s and early 80s.

After I left for college, I'd hit Punk nights at a few of the local bars. There was a club called The Continental in Buffalo that always had some good bands.

Then everything pretty much disappeared.

It's nice to see that all the music is still out there and is gaining popularity again. It's good stuff. I was surprised how many younger people come to the shows now. Thank God for Pandora and Spotify.

Although, this weekend I saw a Queens NYC hardcore band playing, while a guy wearing a giant panda head danced in the pit. That seemed a little odd to me. I thought, 'What would have happened to that guy in 1984?' It wouldn't have been pretty.
Last edited: Jun 6, 2018
You must log in or register to reply here.
Share:
Facebook Twitter Reddit Pinterest Tumblr WhatsApp Email Link

Brewing last night and almost lost everything due to some punks!