The biggest issue I've had with using digital controllers is that they are only measuring ambient temps and not the contents of the keg. Air is a poor conductor of heat/cold. Plus every time you open the kezzer you are introducing warm air which impacts the ambient air but not much affect on large volumes of liquids. Thermal mass is pretty stable.

Putting the probe in a glass of water will fix that. But the down side of this is that the water will eventually evaporate and condense or freeze to the sides on your chamber, cause humidity issues or whatever. Or the water could even freeze while your beer is not frozen. Frozen water has air trapped inside and may not accurately represent the temperature of other liquids in the chamber that are not frozen. Or can even shatter/crack the vessel in which the water is.

My solution is to place the probe inside a bottle of water/anti freeze mix and seal the wire hole with silicone/epoxy/rubber cement/etc. This will prevent any evaporation or spillage of the liquid and if you are running your keezer near freezing your probe will not be in frozen liquid. The bottle of fluid has thermal mass, just like your keg. what ever temp the bottle is your keg is the same, unlike the ambient air inside the keezer.

odie said:
what ever temp the bottle is your keg/fermenter is the same
Click to expand...

The keg, quite likely. But your fermenter in active fermentation will be warmer by a handful of degrees. Bigger the beer, bigger the batch, bigger the delta.
OP
OP

DBhomebrew said:
The keg, quite likely. But your fermenter in active fermentation will be warmer by a handful of degrees. Bigger the beer, bigger the batch, bigger the delta.
Click to expand...

ah yes...you are correct since the fermenter is not a stable liquid. guess I should edit the title?

well this one I just put together is in my keezer. I have 2 more planned for my cold storage freezers for finished kegs that will sit and wait.

I guess for the ferm just stick with the taped to the side method.

odie said:
I guess for the ferm just stick with the taped to the side method.
Click to expand...

I haven't compared it to a thermowell, but I cover my probe on the side of the fermenter with a piece of blue foam to insulate it from ambient. 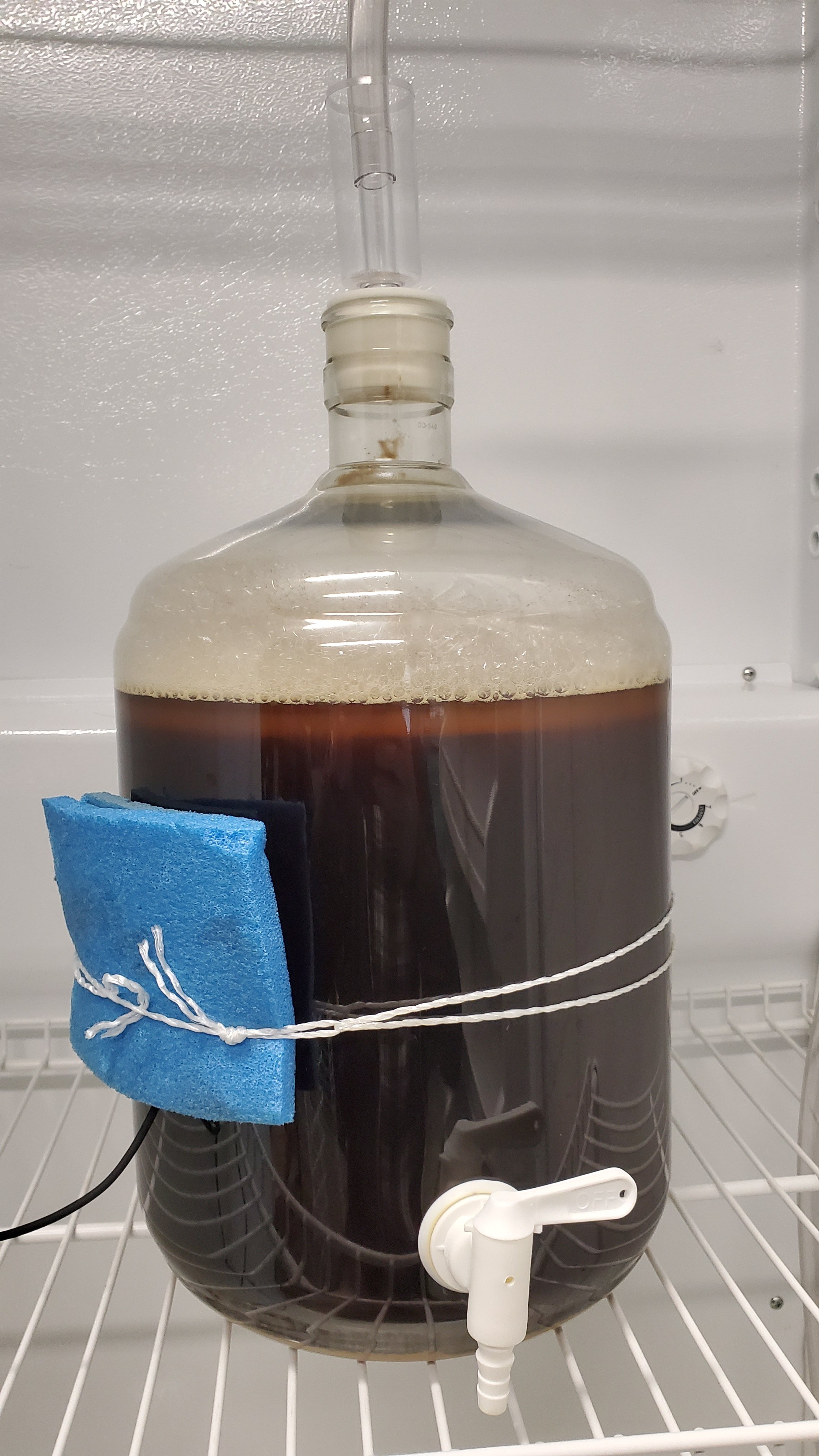 I do similar, my new inkwell, I have put it into a capped copper tube that then goes into the water. I did this cause my old Rancho went out after a couple years being submerged in water, I even had it heat shrink wrapped as well.

I am even more cheap, I use that black electricians tape to tape an old wool-sock over my STC-1000 probe...
OP
OP

I put 2 probes inside the ferm chamber. The one in liquid was running 10 degrees colder that the one tapped to the side of the fermenter. After a day the difference dropped to 5 degrees. Not sure if that's everything balancing out or is the yeast starting to slow down.

So...probe in water for serving. Probe tapped to side for fermenting.
OP
OP

I just tried fermenting in the keg...I have a lager with a target fermentation temp of 50' and an ale with a 68' target.

So I just happen to keep 2 chest freezers... JUST for cold storage of finished beers/kegs...one runs at 40' and the other at 60' for long term "cellar" storage until a tap opens up. Each usually holds a few finished kegs.

So...if I'm now trying fermenting in kegs...why not just drop the lager keg in the 40' lager storage freezer? The freezer will still be controlled by the probe either in water or taped to a FINISHED keg at 40'... but the fermenting keg will naturally rise to about 50' internally due to the yeast activity?

And for the fermenting ale keg, dropped in a 60' freezer the internal temps will rise to around 68' anyway while the rest of the kegs stay around 60?
You must log in or register to reply here.

B
Rubber gasket on keezer lid is sweating