I've been lurking on here for some time, but not really posting. I've been making extract and partial mash recipes for about 8 months now. I decided to step into all-grain brewing mainly because it's a heck of a lot easier finding grains locally than extract or partial mash kits. I wish I did this a lot sooner. It was kind of raining out for most of the brew day, but it was a heck of a lot of fun.

I bought a cheap cooler to use as a mash tun, and fitted it with a ball valve and ss braid, took my plasma cutter to an old keg for a boil kettle, and re-purposed a turkey fryer to heat it all. I made a wert chiller out of 25ft of 3/8" copper pipe and some hose. Total cost wasn't terribly expensive.

I tried out beersmith to calculate my temps and water volumes, and I'm very impresses with the software. Definitely worth a purchase.

I decided to make a fat tire clone recipe that I pieced together. All said and done I ended up with 6.5gal of 1.046. I was aiming for 5gal, I think I made some mistakes in beersmith estimating dead-space in the mash tun, or in the boil-off volume. I'm still pretty happy with the outcome though. Racked it into two 6gal carboys and pitched in a 1qt jar of washed yeast from my last batch. 4 hours later, there was already activity in the airlocks.

Brewhouse efficiency was around 72%.

I've got another two batches of grains milled up for another few beers, and there's a long weekend coming up. I'm looking forward to making some more beer! 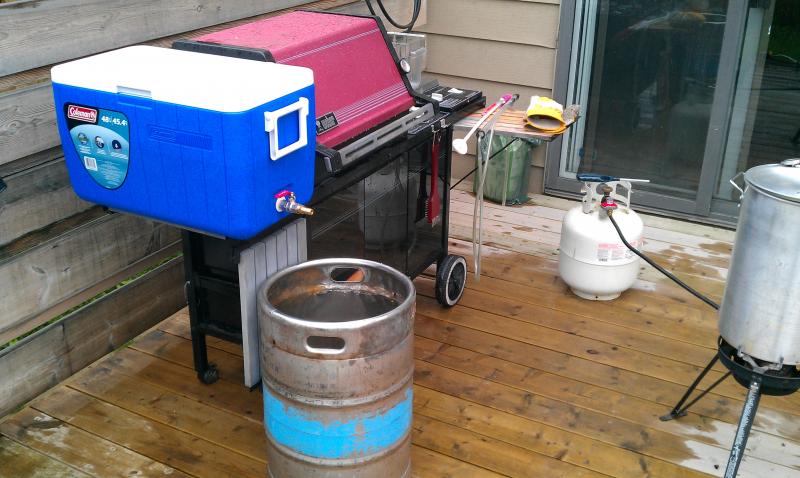 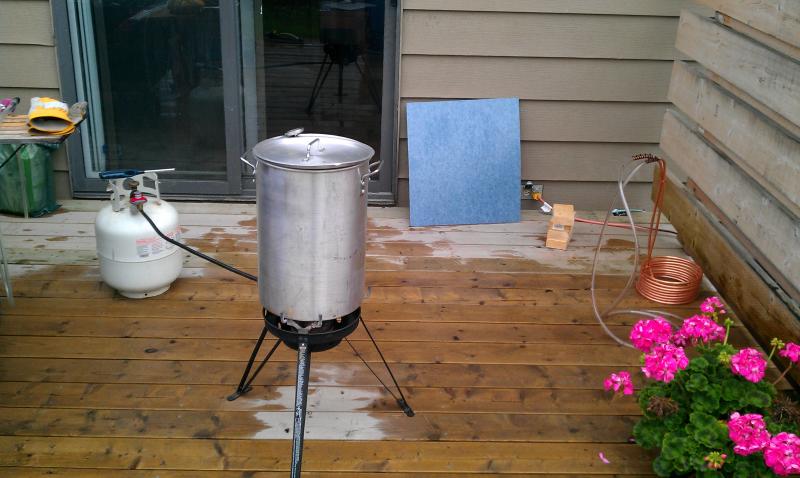 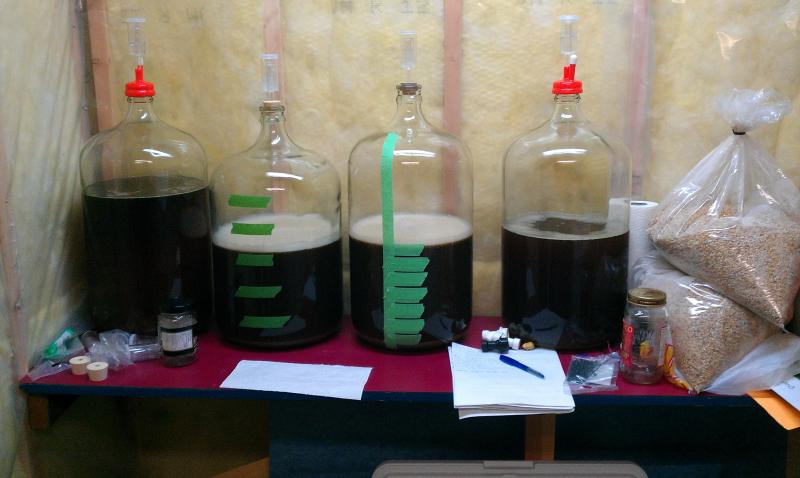 Nice job. I can tell you've got the fever. Sorry to say, it's terminal, no known cure.
OP
A

I have to say one of the most useful purchases I made for this was a 4qt thick plastic measuring container that I picked up at a commercial food supply place. It's like this:
http://www.webstaurantstore.com/car...-white-square-carlisle-storplus-container.jpg

but mine's clear. The handles on the side make it really easy to carry and manouver, and you can easily pour from any corner. Much better than the old gallon milk jug I've been using up to this point
You must log in or register to reply here.
Share:
Facebook Twitter Reddit Pinterest Tumblr WhatsApp Email Link