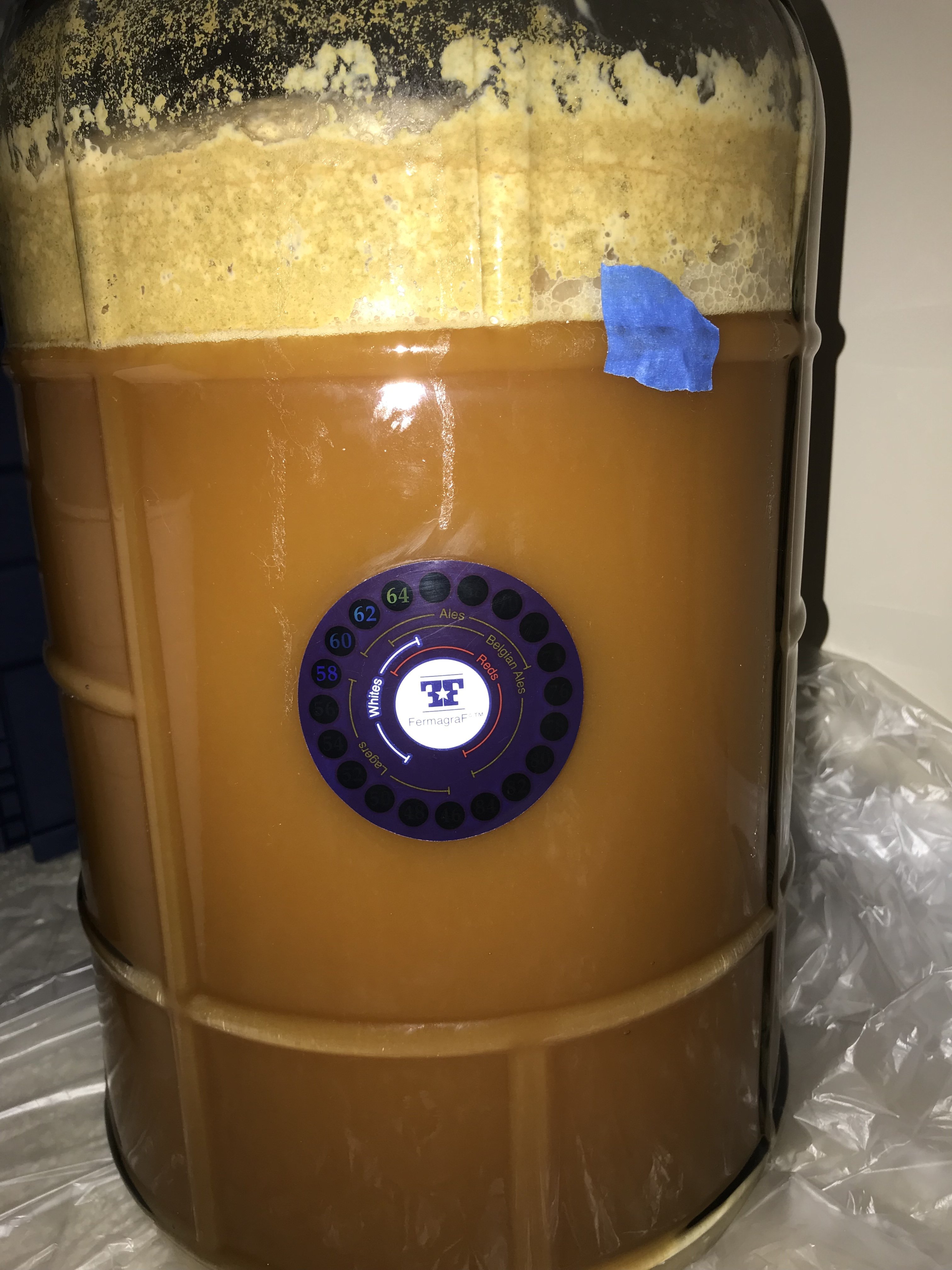 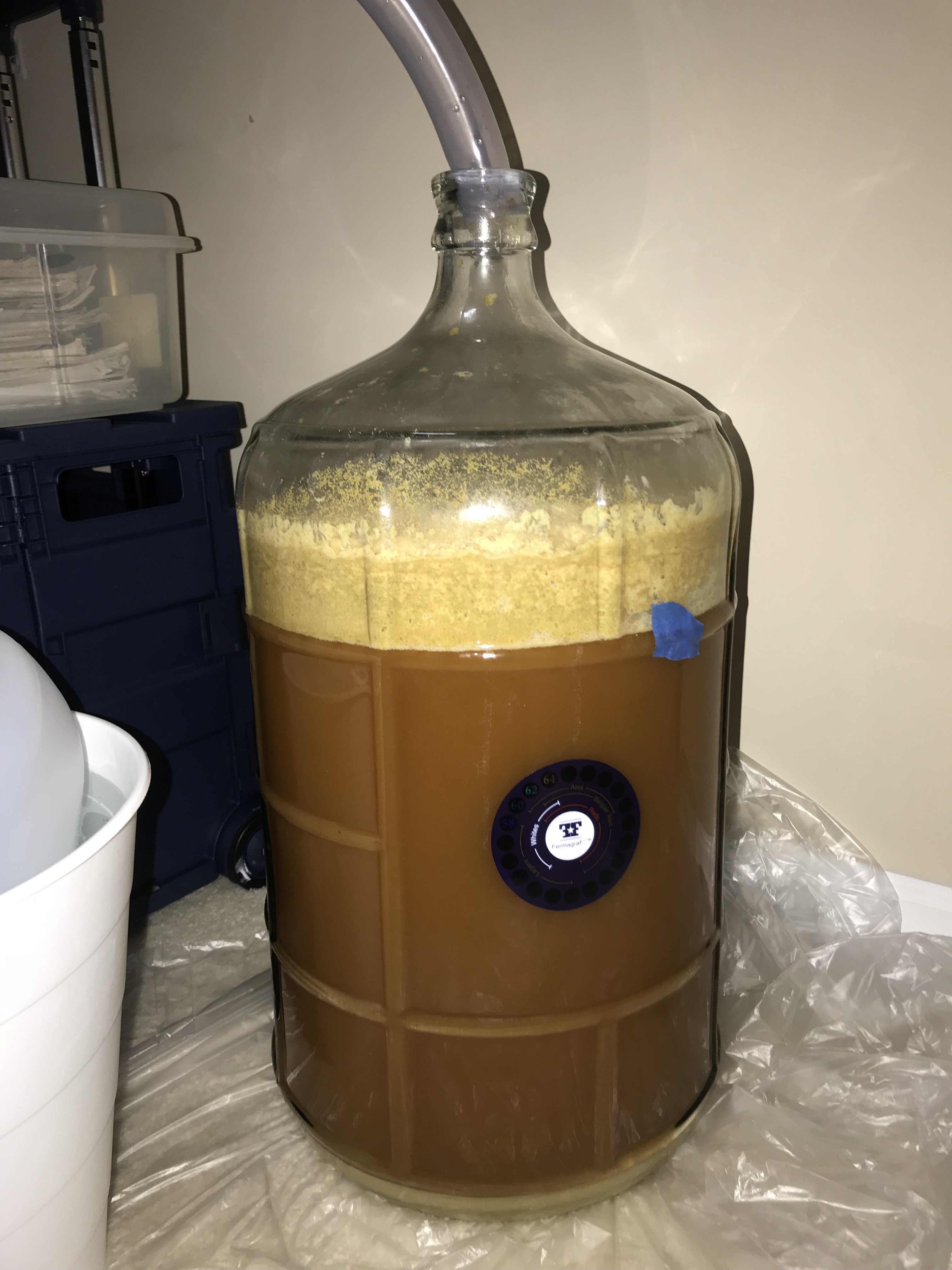 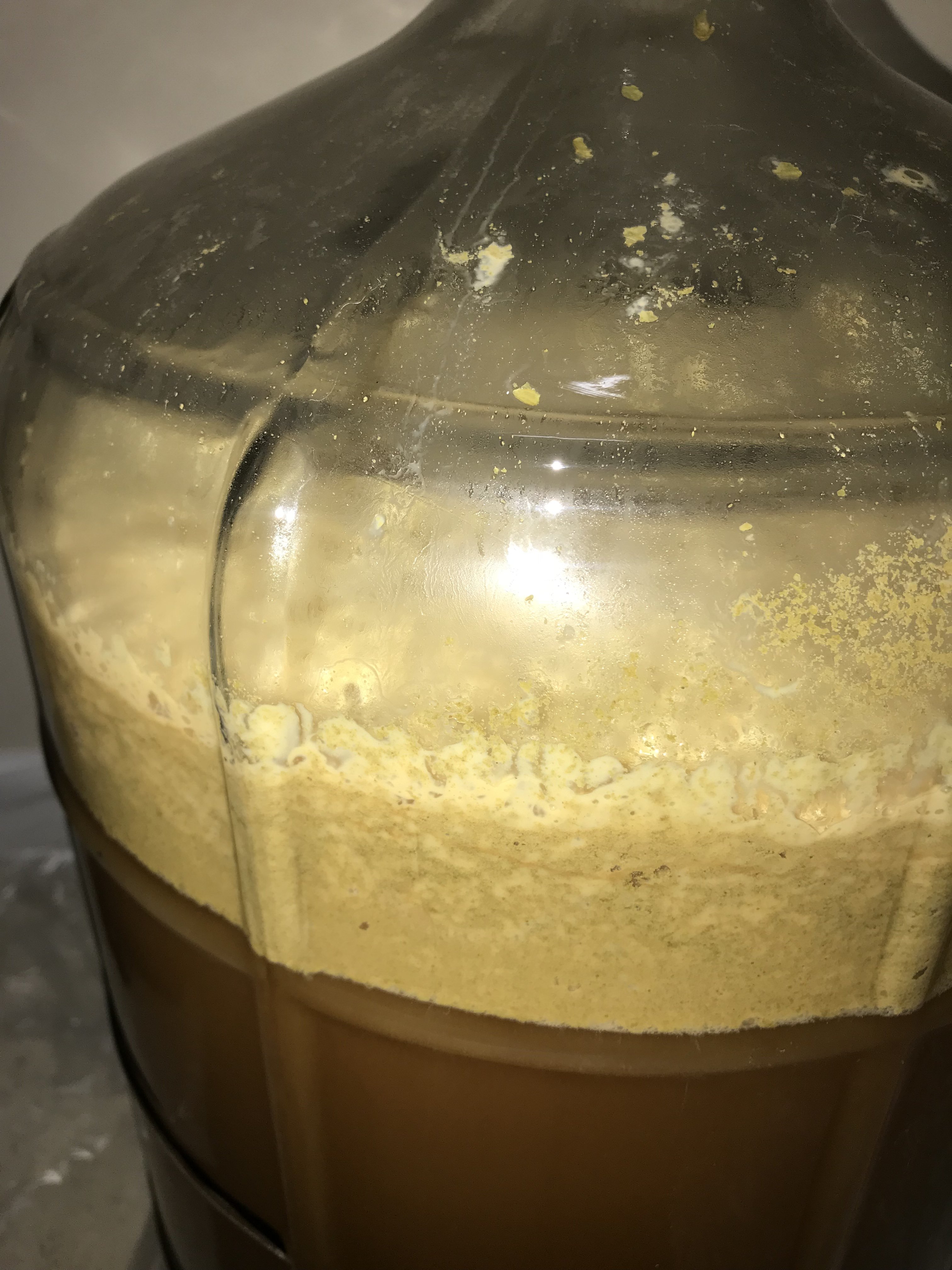 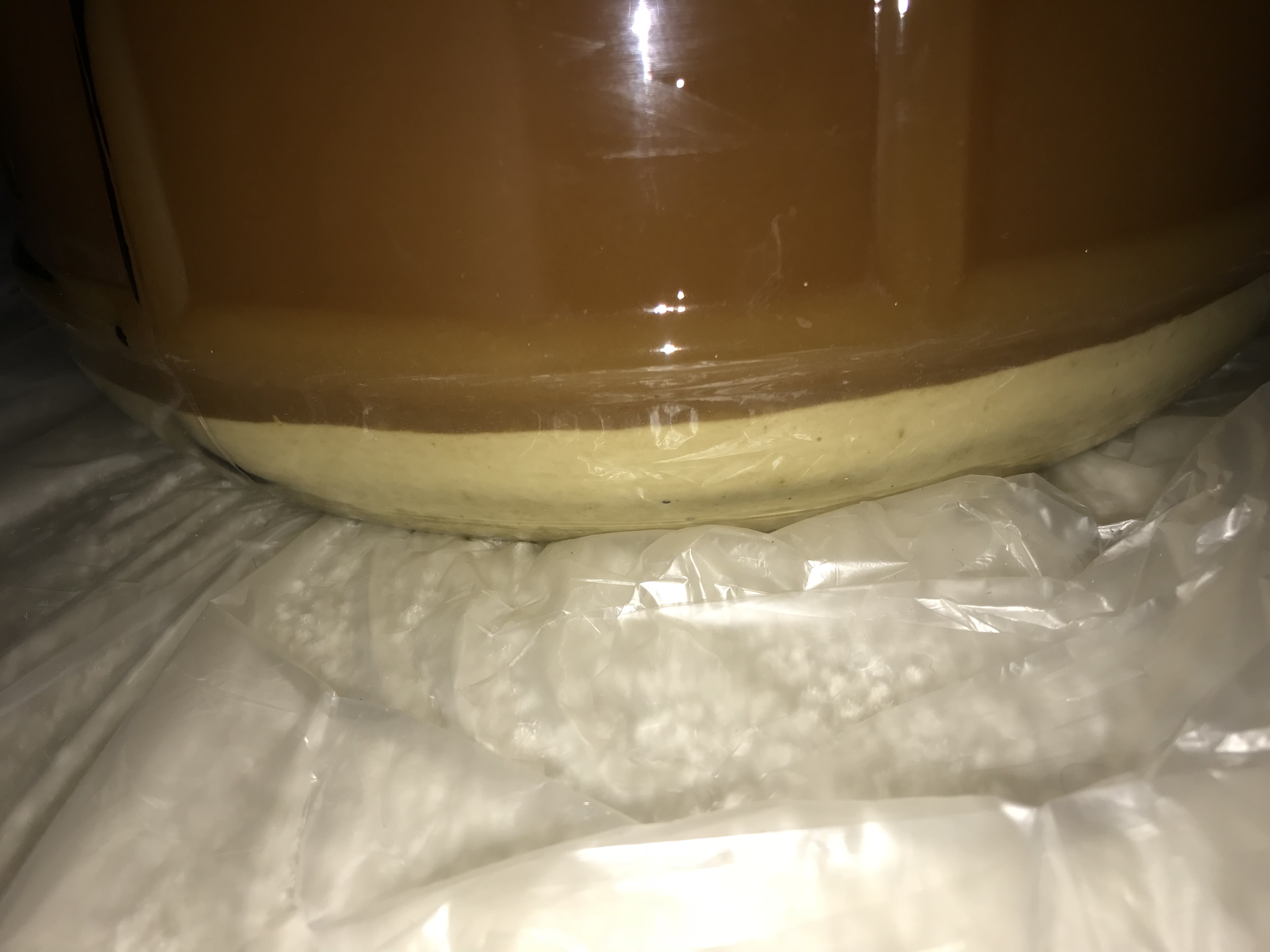 
Hey guys. New-ish to the hobby and about to keg a 5 gal batch for the first time. The beer I’m going to keg is an imperial ipa extract kit using two Omega West Coast Ale II Yeast Slurry packs from NB. I did not use a yeast starter, I just pitched it right in the wort after it cooled down to 78 deg. Yeast temp range is 60-72 deg F.

After brewday I had to leave for work (road warrior over here) and the temperature where I live fluctuated between 36 deg F to 50. It was in my garage and my wife checked the fermagraf every other day and the beer stayed in the 46-50 range. After endless browsing in different threads I found a lot of explanations of cold temperature effects on primary fermentation, such as the yeast going dormant. I also got to read that you can get off flavors from fermentation not finishing all the way through due to unfermented sugars.

I finally came back home 6 days after, and I found the primary fermentor at 56 deg. It had a hefty head of krausen and low airlock activity. From my research, I decided to try and wake up the yeast to make up for messing up and letting it go below the target temp. I took it inside put it in a closet and waited until it warmed up to 60 deg, then carefully mixed the yeast cake with a clean and sanitized metal clothes hanger with no splashing to prevent inducing O2. At this point from me moving it and all, the krausen Head had fallen.

One day after my attemp of trying to nudge my yeast awake, I have airlock activity again and a pretty hefty head of krausen (pictured). I also see yeast particles float from the bottom to the top every once in a while. Beer now sits at 64 deg. Debating on skipping secondary, but will definitely dry hop in about 4 weeks, then cold crash it in my fridge before kegging.

Now that you know my beers life story (sorry for the long post, first timer here), does anyone have experience with almost freezing your primary fermentation like I did? Did it have an effect on the flavor of the beer? I really haven’t found any articles on the effect of cold temperature swings like mine. From what I can tell, fermentation is back up going. I forgot to measure gravity when I did all this but the OG from the recipe is 1.086. When I keg I’ll make sure to measure and update the thread.

Thanks for reading, any input is much appreciated!

Keep it constant at 64F, and when things slow down due to it finishing, slowly raise all the way up to 70-72F, say at 2-3 degrees a day, then keep it there a few days.

Ferm temp control is essential, especially with higher gravity beers. Keeping the temps constant is just as important. If the yeast goes dormant from here on it may never wake up again, due to high % of alcohol present. That would become a stalled fermentation, when it hasn't finished.

Definitely skip secondaries, they are not needed (very few exceptions), can cause problems and solve none.

When fermentation is totally finished, add your dry hops and leave for 3-5 days, cold crash for a few days if you can, then package.

What the lizard says; also, most times unwanted yeast-created temp-related flavors are due to HIGH temperatures, not low.
OP
OP
E

Thanks for the feedback! Right now it’s sitting at a constant 65 deg. I’ll make sure to post the FG once it’s done doing its thing.
OP
OP
E

Took a gravity reading tonight (1 week after yeast reawakening attempt) and it’s at 1.010!

I tried some of it (more like the entire test tube) and it had a very strong alcohol flavor and a mild tart finish like the Omega description explained the yeast performed in low temperatures. Overall it tasted like an IPA.

I’m assuming that the alcohol taste is going to be masked by the dry hopping the recipe calls for in secondary. I’m planning on skipping moving to secondary and just dry hopping in the primary in a few weeks before kegging.

All in all, the yeast strain I used somehow managed to keep doing its thing way below desired temperatures...so I’m a believer in reawakening yeast.

If I make this batch again, I’ll try to keep it in the higher end temperature of the yeasts desired temp and experiment how much of a taste difference it makes. 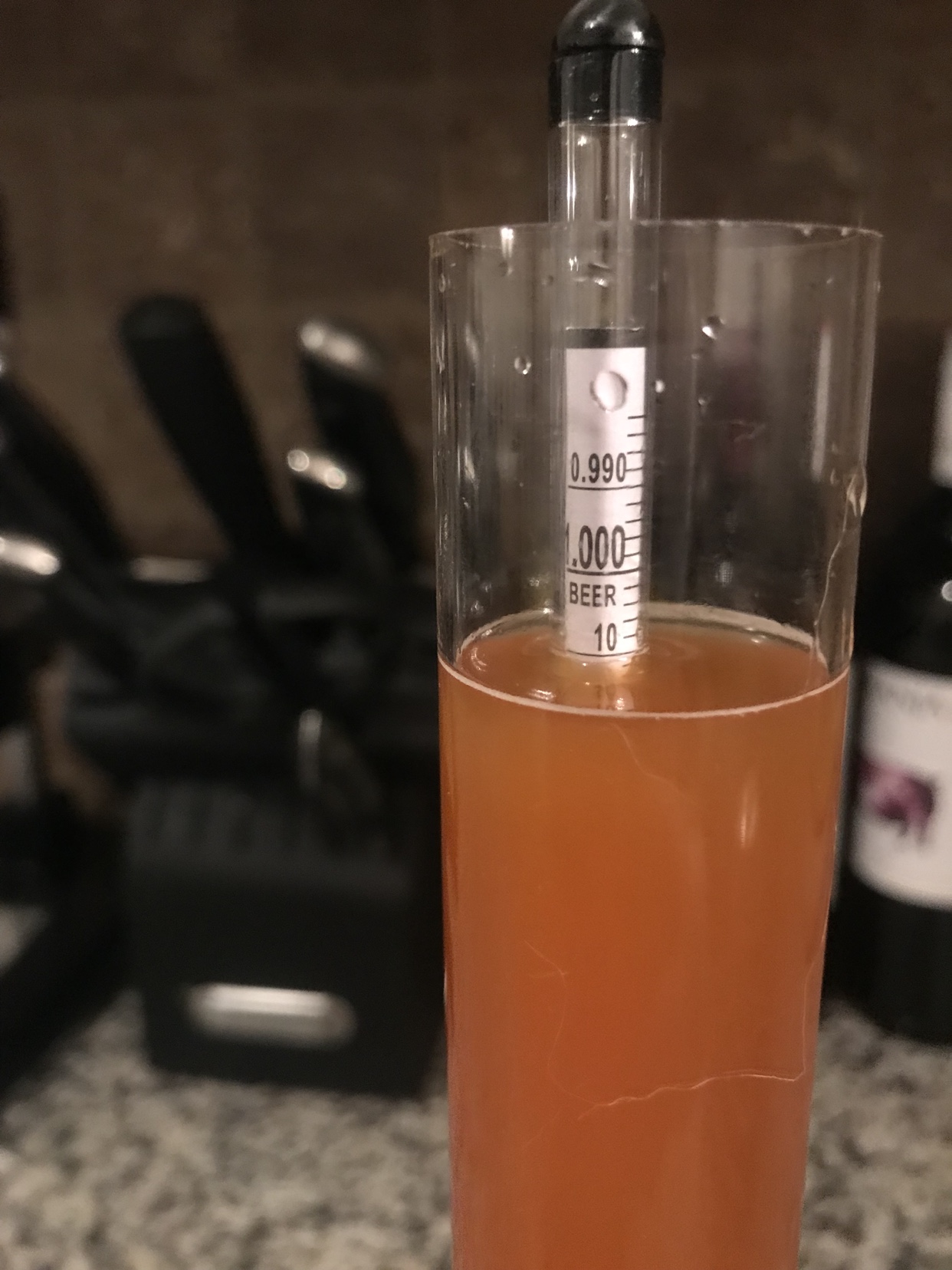 elgatovolador said:
I’m planning on skipping moving to secondary and just dry hopping in the primary in a few weeks before kegging.
Click to expand...

In a few weeks? I'd dry hop it now! That beer is ready!
After 3-5 days dry hop, cold crash for a few days if you want, then keg.

Some Yeast Questions and Recommendations