…..preparing absolutely non-scientific yeast comparison, appreciate any comments/suggestions. It’s not like I’m unhappy with the yeasts I’ve been using, just doing a little casual comparison and looking for any thoughts, suggestions, words of wisdom. Also looking for any guesses on the outcome

Into each carboy three gallons Kirkland, two bottles Antioxidant Force, dash of yeast nutrient, one of the four different packets of yeast. After two to three weeks going down to wherever they want to go transfer to AEB kegs to go to about 8 ~ 12 PSI at around 38 ~ 40 F

Well, folks, any suggestions on the process?

....anybody else been using this? ...just now having a glass made from three gals Kirkland and a bottle of this and a bottle of not-from-concentrate 100% Pomegranate at about 8 PSI at 40 F and it's pretty darned good - ha ... amazingly good, actually 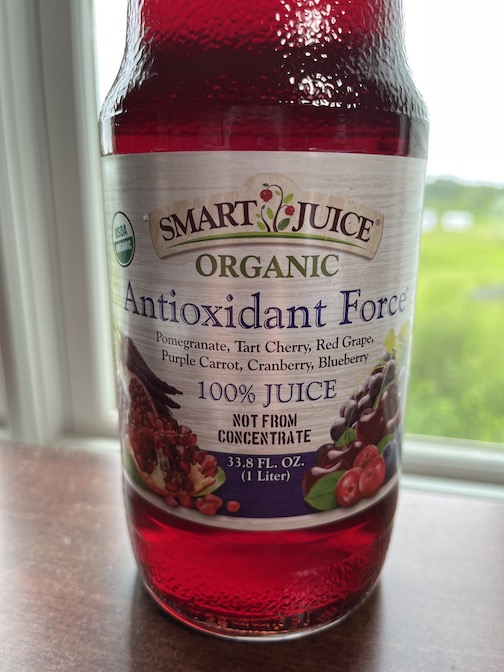 Are you planning to do a blind taste test? I'd be very interested in hearing the results. I have used all four of those yeasts. It's likely that different people will prefer the taste produced by different yeasts.
OP
OP

Thank you for the reply! - Well, I hadn't thought it through that far, but that's a great question. I've got to think about it. Thanks! -
R

Cider Wraith said:
....anybody else been using this? ...just now having a glass made from three gals Kirkland and a bottle of this and a bottle of not-from-concentrate 100% Pomegranate at about 8 PSI at 40 F and it's pretty darned good - ha ... amazingly good, actually

I've thought about trying the pomegranate juice in my "Aldi ciders" but was afraid it would be too tart. Is yours very tart?
OP
OP

I recall years ago adding something like one quart of 100% pomegranate to about five gallons of the best apple juice available. I seem to remember that it certainly changed the color but it was questionable whether the pom could actually be tasted or not. My wife said she could taste it, I believed I could not.

Over the years I've hit upon three gals of apple in addition to two liters or thereabouts of one's favorite high-quality mixed juice. That results in a taste that definitely comes through and the result is great.

To address your comment, my experience has been that pomegranate juice is maybe never going to be too tart because whatever happens, that tartness is attenuated and it smooths out. Usually, mostly what results is a smooth drinkable success.
Last edited: Aug 16, 2022

I will be interested in what you have to say about a comparison between S04 and M02. I have used both, and currently my go-to is S04 because it is generally reliable and the results predictable. Having said that, a few months ago (posted 22 May) I did a comparison of S04, Cote des Blancs, and Fermentis new AS2 using the same juice for each "trial". I didn't include M02, but on reflection "should have".

All didn't quite go to plan as the S04 stalled for some reason or other. However after a bit of fiddling to get the bottling SG of each trial to the same level (plus a pinch of yeast to ensure carbonation) I ended up with a reasonable comparison.

The end result was that I still prefer S04 although the AS2 does have a nice citrus aftertaste (as suggested by the Fermentis data), and after a few months the CdeB has developed some nice complexity so until I run out, the "taste test" continues (shame I didn't do larger trial batches as time in the bottle seems to have some influence). In the past I have been quite happy with the M02 results, and as I said above, it would have been good to include this in the trial. I am looking forward to seeing your outcomes.

Wow - thank you for the post ... that's great info ... I'll be keeping that in mind and report what my results seem to be - thanks!
OP
OP

Folks - thanks for the thoughtful feedback, very helpful

...have continuing reading what I can find here and elsewhere on yeast recommendations and it's looking like the mention of Nottingham for cider is spotty and 71B seems to almost be in the noise. So I'm evaluating keeping some ingredients in reserve and scaling back the comparison to just two yeasts by simply having S04 and M02 going head to head. If so would I be potentially missing a great surprise find, or simply isolating down to the two acknowledged top contenders? Thoughts?

Update - ok, continuing searching the forums now coming across some threads hadn't initially found with some surprisingly good comments for Nottingham - so maybe do a threefer including Nottingham
Last edited: Aug 17, 2022

We have done ciders with wine and ale yeasts, and ultimately, the fave is S-05. The best ciders we make come from a yeast cake where we made a blonde ale first, and then aged it on the house sour culture. I know that's not particularly helpful to you, but S-05 is very neutral and the hint of hops and malt from an existing yeast cake adds a little complexity in what could be a very boring cider if made from store-bought juice.

Thanks for the input! ... yes, well I can relate...currently sparingly pouring the final glasses of a cider that is exceptional ... two months ago when I got active with a couple new batches of cider my wife decided to make a mead ... I didn't pay attention but I recall she worked at the stove for an hour or so and I remember smelling honey and seeing things like rose hips or hibiscus and tea bags. We put her new creation into an available 5 gal carboy which was overkill for the two gallon batch and after about ten days transferred to a more appropriate 3 gal. I was extra cautious to minimize sediment disturbance so there was a healthy reminder of excellent smelling mess at the bottom. So then what? Ah... in went apple and a bottle of mixed juice and a bottle of pom. After fermenting and kegging and chilling.... ah... wow so good... just incredible

... waiting on beginning the comparison I nonetheless wanted to get something new going ... having read the raves on M02 just started a three gallon Kirkland, two liter mixed juice, two low teaspoons nutrient, and M02 (not exactly cheap in US, yikes!)

... looks like things are rolling along nicely ... time will tell 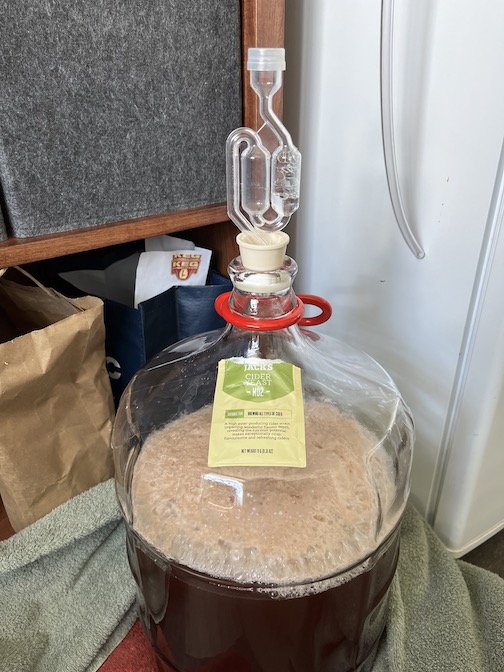 Thanks for replies. Because it looks like one can’t go wrong with M02 think I’m going to hold off the yeast comparison until a rainy day but for something for the remaining days of summer started a comparison between tart cherry and pomegranate with M02 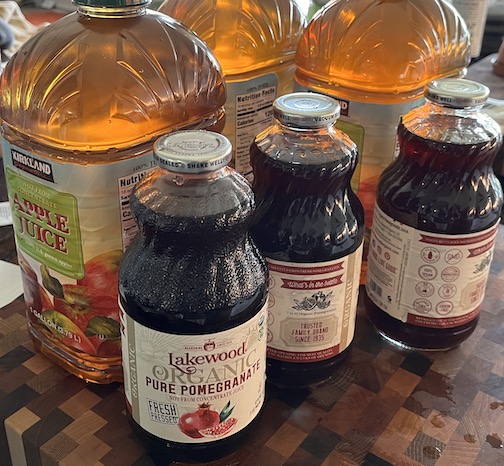 …. also trying fermenting in kegs for the first time - just at the beginning of that journey 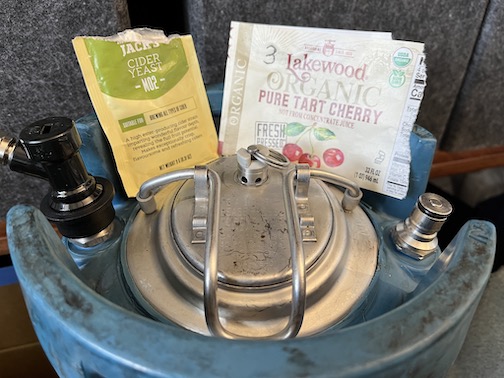 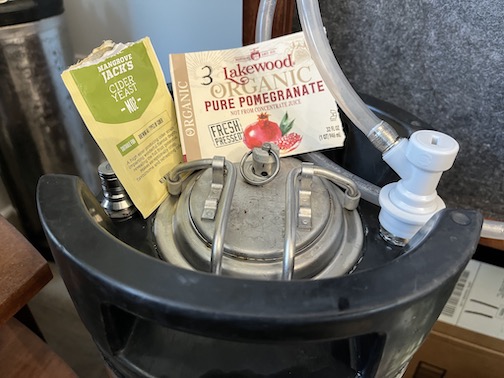 ...well there won’t be much to report here because these combos are always outstanding 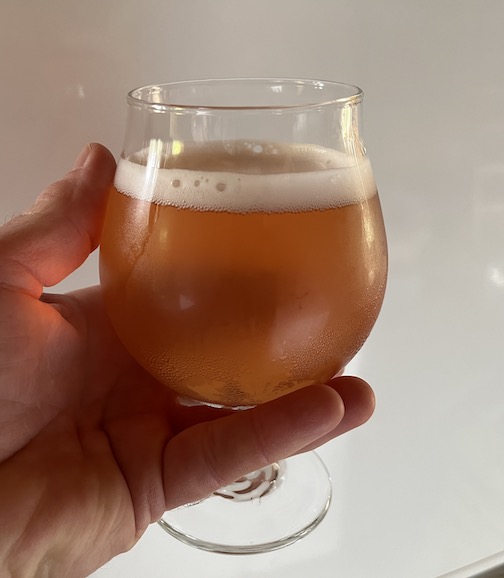 Thanks for reading and commenting -

Adding apple juice to the yeast cake, then do it again, and again...