Yahoo... mid April, mid Autumn (Fall) ready for the first batch of cider this year. I have a fairly conventional setup which takes a bit of time but with a sunny day and last year's cider on hand who cares? However I have been reading a bit about domestic cold press juicers. Has anyone used one of these for juicing apples for cider? What do you think... quick, slow, expensive, good juice, bad juice etc. I started off with a centrifugal juicer but found that it made lots of foam and pulp in the juice and so I made my conventional setup.
Cheers! 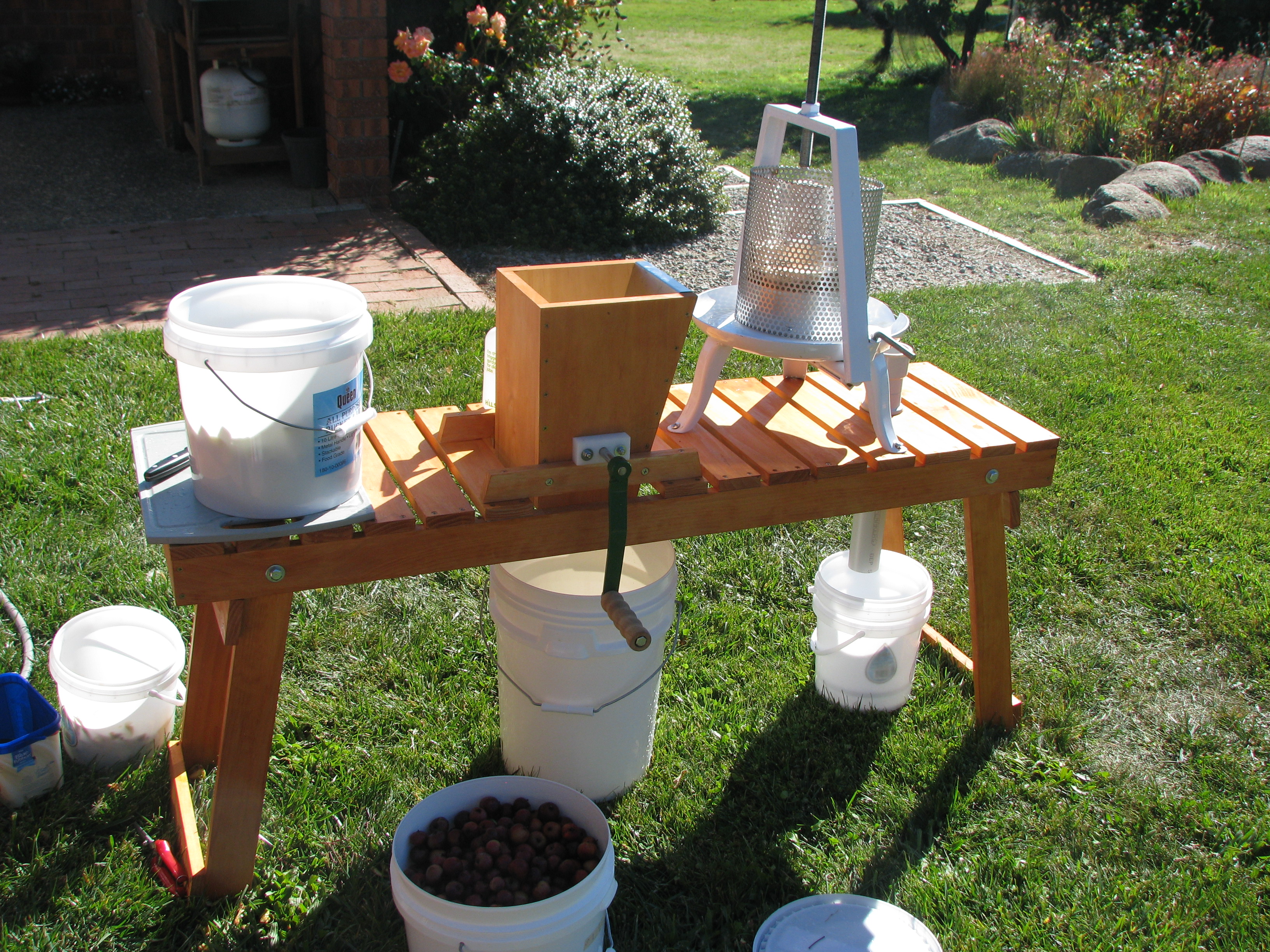 Cold press juicers also create a lot of foam and juice with lots of pulp.

Thanks for that. My first setup was quite similar as I used the same grinder but cranked by hand (I like the drill idea). I notice that his "yield" is only about 40%-45% (2.6 litres of juice from 10 Kg of apples), and that is what I was getting.

I found that the pulp size was quite large so made a grinder that would produce pulp closer to the 1/8" (3mm) suggested by Claude Jollicoeur. The new grinder only has a 1/16" (1.5mm)gap between the screw/cutter heads and the stainless steel sheet anvil. It does produce finer pulp but the yield after pressing is still only around 50%, despite some suggestions that 60% can be expected from a basket press. My recent pressing only yielded 40% but included 20% crab apples that really don't give up much juice.

Hence the question about masticating/cold press juicers which are relatively new. A juice yield of 60% would be great but I can live with what I get although a bit more would be good. Maybe my press isn't all that efficient being a second hand screw driven present from Santa, as I note that using a hydraulic press seems to be a more popular way to go. Jolicoeur suggests that a second pressing of the pulp after giving it a rest can yield up to another 20% juice, so that might be worth trying. 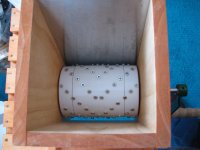 First Cider of the year

B
This year's cider progress:

no cider for us this year...