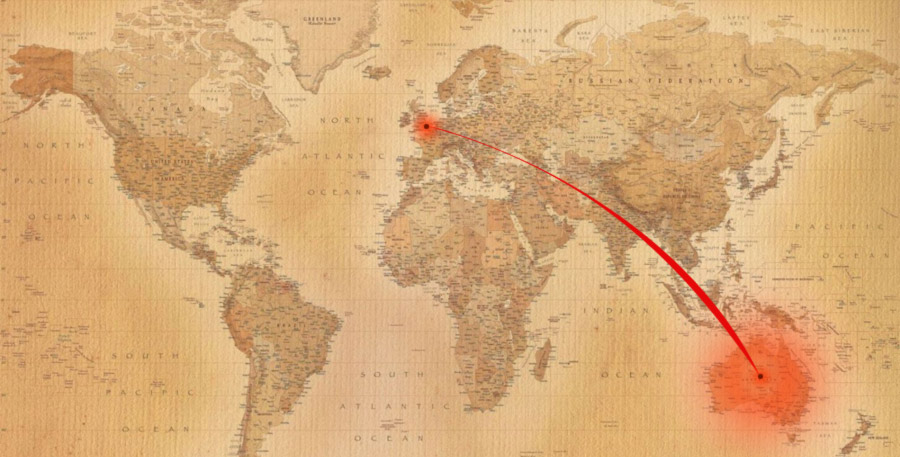 World Beer Week celebrates the best of beer around the world, and Australia is a proud member of the beer drinking family, with more beer drunk per capita than the USA. That's even despite a slump of beer consumption as the people Down Under go for more wine and cider in recent times. The truth is that Australian craft beer is probably two decades behind the US. Most generic pubs and bars will have mainstream brews on tap and won't offer a true craft beer unless they're purposefully seeking that market of discerning drinkers.
Bottle shops are the only stores in Australia licensed to sell beer, with supermarkets and corner stores unable to sell liquors, wines, or beer. Beer is reasonably expensive, with taxes on alcohol driving a high cost to the consumer. A 24-pack of a decent beer would retail for at least AUD $45, or about USD $34, while a higher-end craft beer, outside the major brands, or an import, could be closer to AUD $60 or USD $45.
Most macro Australian beer is lagers made from Australian malt, Pride of Ringwood hops (or similar varieties), with comparatively large amounts of dextrose for a mild flavor and mouthfeel. The most consumed beer is XXXX Gold, a mid-strength beer low on complex flavors and high on being an easy drop to drink. It's similar to a Bud Lite - well marketed by the largest brewery, popular across the board, and is generally appreciated by brewers for being remarkably the same no matter where you buy it.
Australia's beer market has always been dominated by large brands, which have whittled down to two major players: Carlton & United Breweries, and Lion. Carlton & United are now owned by London's SAB Miller, while Lion is owned by Japan's Kirin. Both have changed hands and re-branded over the past decades. Slowly but surely, the diversity in commercial beer owners has diminished, even if most brands have been retained. The big brands exert their forces on pubs and bars, with many forced into strict contracts which prevents competitors establishing taps. 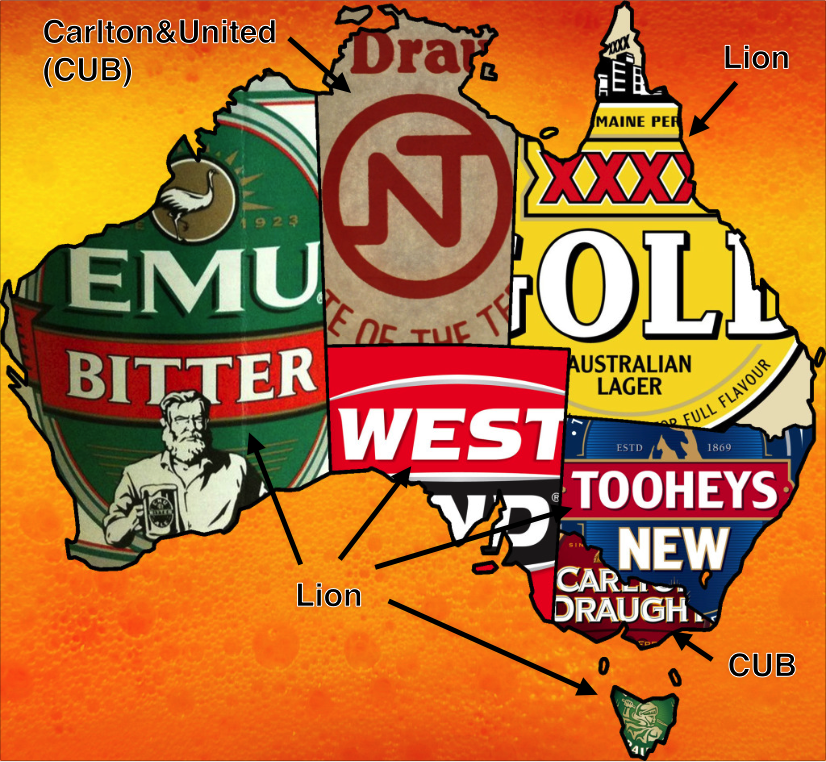 Beer brands in Australia are fiercely territorial, mostly divided into states. Tooheys New is the drink of New South Wales and can be found in any pub on tap. Carlton Draught, from Victoria, is a keen rival, and is found on every tap in Victoria. A rough graphic of geographic preferences by state is above, with my notes showing which brewery owns which main state or territory beer:
Lion holds five major states, while CUB manages Victoria and the Northern Territory. But that’s not the whole story. These major brands also own the licenses to import or locally brew international favorites like Heineken, Carlsberg, Guinness, Peroni, and many more.


The Future of Beer in Australia

There is hope though, and there’s certainly a huge push for new, innovative brews.
South Australia could soon be claimed by Coopers, Australia’s only family owned brewery, producing a number of lagers and ales. The main two are a Pale Ale and a Sparkling Ale, which are increasingly popular across wider Australia, are bottle conditioned, and have far more flavor.
Microbreweries do exist in major cities, with Sydney, Melbourne and Tasmanian breweries available on tap in craft beer pubs and in specialty bottle shops.
If you do visit Australia, I’d strongly recommend starting off just trying the local mainstream beers, just to sample where things start off. Trying something far nicer and properly craft might be offered by a Stone & Wood Pacific Ale beer from the Northern Rivers of NSW, a highly rated all-year round beer. Galaxy hopped, it’s fruity, tasty, and a fantastically smooth beer. Highly recommended, if you can find it. 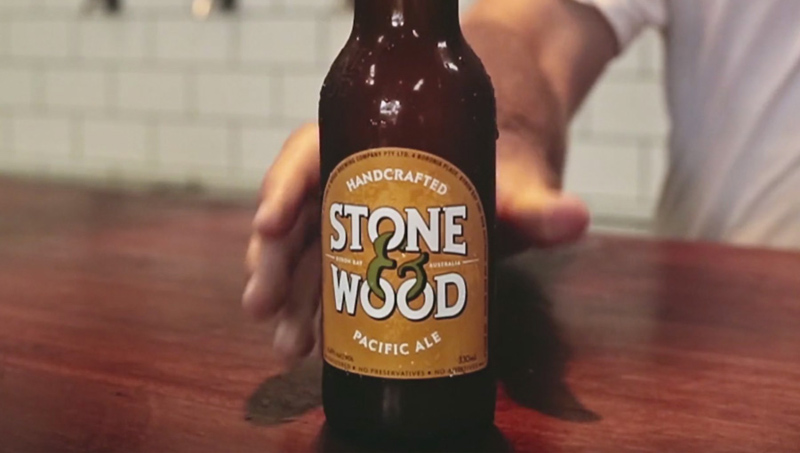 Another strong flavored and popular craft beer is the Hop Hog India Pale Ale. It’s won many awards and in the style of an American India Pale, will make North Americans feel right at home and appreciating the best of Down Under. Finally, a Mountain Goat Beer, Hightail Ale is an English influenced ale, a big beer that offers plenty of kick.
One more thing - no one in Australia drinks Fosters! The ‘oil tins’ are export beer only and Australians only get to try them on flights, or in specialty bottle shops.
Don't forget to check out day one of World Beer Week on Kent England

we do have other microbrew in australia.....
http://www.ranker.com/list/top-beers-from-australia/reference
Your statement that:
'Bottle shops are the only stores in Australia licensed to sell beer, with supermarkets and corner stores unable to sell liquors, wines, or beer.'
Is, quite simply, untrue. You might care to check your facts before you publish again. And maybe a walk through an Aldi store.
Regards,
Gareth
PS: And it's Tooheys New, not as you have written Tooheys News. There are numerous spelling and grammatical errors in this article. I could go on...
Just speaking from my US experience, but in Massachusetts a similar rule applies in that gas stations and grocery stores do not sell alcohol. The only exception is Trader Joe's.
This truly under informed article brings me to question of you are sponsored by Lion or CUB.
The craft brew/microbrewerey scene is absolutely thriving in Australia, particulalry in South Australia where Coopers are located, and yet you have not mentioned or showcased or mentioned one. The beer drinkers in AU are absolutely spoiled for choice these days when it comes to craft beer. As for coopers they were established in 1862 and if they haven't taken the market over by now, they are never going to mate. In fact i love the coopers pale ale and it is my first choice when i go to a pub but in recent times the only two pubs in my home town of Mackay have pulled their coopers taps out so it on the decline, not the rise. Have a crack Stone and Wood if you can find it? Google Dan Murphy's 4 varieties of Stone and Wood in 215 stores across the country or Coles - A major grocery store who conveniently plant a Coles owned Liquor Land store at the entrance to every Coles store so while you cant actually buy it from the Supermarket you cant get in or out of one without walking past a Liquorland. Fiercely territorial State by state, mate where did you pull that garbage from 30 years ago maybe. We got trucks and roads in Australia in 1987 and everything changed. Your arrow points at Cairns but you dont mention Great Northern Beer which is brewed there and is outselling most of the swill you have highlighted. And no mention of Victoria Bitter, ahh VB the mighty vomit bomb, you have insulted every bogan or person of bogan heritage by leaving that out. No wait, we dont car about bogans. Irrelevant. But i dont mind a drop of VB and you can get it in EVERY pub in Australia If you want to comment on the state of beer in countries that are not your origin surely some research a good idea, or as i said in my opening remarks.......
There's something not right in the world when VB is in the top 5.
we ain't a backwater like the USA thinks we are, we produce grain and hops..some of our hops are use the USA brew scene..
http://www.hops.com.au/
As an American I have always imagined Australia to be more like Europe in regards to the major metros. Never visited but it's a place I've always wanted to go.
I am in the US and figured that with hops like Galaxy and Nelson Sauvignon (just to name two) that Australia had a great craft beer scene. That is why this article seemed off to me. Glad to see those from the getting place are speaking up and correcting the "alternative facts" of this article. I'm also glad my assumptions were correct.
Plenty of Fosters and Coopers gets downed in Tasmania mate.
Corrections:
Pride of Ringwood hops are rarely used nowadays.
Supermarkets usually have an attached liquor section in New South Wales. Convenience stores in rural villages likewise.
The major adjunct used is Cane Sugar, not Dextrose, and has been since the 19th Century.
Carlton Draught and VB are universally available.
There are numerous craft breweries outside major cities.
In Australia most Aldi stores sell liquor except in Queensland. Interestingly Aldi own Trader Joes in the USA.
Great Northern is brewed in Yatala, near the Gold Coast.
It was once, back in the '30's or so, brewed up in Cairns but the brewery long ago died off after CUB bought it in 1931. The 'Great Northern Brewing Co.' brand was revived a few years ago (2010).
Nelson Sauvin is a New Zealand hop.
thanks for correcting me. It is nearby, though.
For any interested non-Australians, there are several reasons why Australian mainstream lagers are brewed with around 30% cane sugar (by gravity).

Along the same lines as rice being used in many American beers such as Bud , malts available in the 1800s were high protein and inconsistent, and adjuncts were used to dilute the nitrogen content to avoid hazes. This was particularly important at a time that clear glassware was becoming universally affordable.
Another reason was that from the First World War onwards, pubs were required to close at 6pm to avoid drunkeness and keep up productivity in industry and essential services. After the War these measures were not rescinded and in many states, six o'clock closing persisted until the 1960s.
This gave men (as things were then) only an hour between leaving work and the pub shutting, so it was common for pubs to be crowded with men drinking as much beer as possible in the hour or less that was allowed.
It was known as the "Six O'clock Swill" and the beer had to be bland and easy to throw down, glass after glass, and most importantly *stay* down.
In those days there was no supermarket beer and takeaway beer was in short supply.
These factors resulted in Australian lagers having a certain "expected" profile, which persists.
An interesting article that probably reflects the reality in Australia outside parts of the major cities & towns and the beer market if viewed by volume sold. The craft beer market here accounts for around 3% of the volume, but is growing at 5-10% p.a. The big multinationals have been quietly buying up quality craft brewers like Mountain Goat and Little Creatures and discretely pushing their own brands such as Yenda, Blue Moon, Fat Yak and James Squire in an endeavour to take advantage of this growing craft beer market. In rural Qld you're lucky to get a James Squire or Coopers pale ale. In Brisbane, where I live, I am spoilt for choice. If I walk from my house in Paddington down the main street towards the city, in 1.6km (1mile) I pass 12 bars (exluding the 3 large pubs) all selling wide variety of local and imported quality craft beers on tap and in battles/cans and taking full advantage of the vibrant craft beer scene in Brisbane. So, as much as I hate to admit it, when looked at objectively, Australia is probably 15 years behind the US in the craft beer scene, but in various (urban) pockets around Auatralia it may well have surpassed the US....you just have to know where to go...
Twenty years behind the USA? What planet are you from? There are craft beers available in Australia as good if not better than anything out of the USA.
You must log in or register to reply here.
Share:
Facebook Twitter Reddit Pinterest Tumblr WhatsApp Email Link

Feb 25, 2017
BribieG
B
J
Why Beer Tastes So Different Around the World