Pretty pumped about this. I decided to do a 1 gallon batch of a lambic-ish beer. I say lambic-ish because there were some adjustments I made to the process for time/inexperience with the style.

My grain bill was 66% Belgian Pilsner malt and 34% unmalted wheat. I did a stepped mash with turbid pulls which I held at temp in a small sauce pot in my oven that I kept at 185 during the mash. I added the turbid pills back during mash out and sparging to boil volume. The biggest variations I made were that I used low AA% French strisselspalt hops instead of aged hops at the end of the boil and it’s fermenting in a glass carboy instead of a barrel. I cooled it overnight by a window in a Dutch oven with a strainer bag over the top to act like a coolship.

I did also cheat a bit and a few days prior made a starter and collected wild yeast over night in mason jars so there was already some yeast ready to inoculate the wort because I was afraid of mold or unwanted bacterial growth. The weather that night was ideal for collecting wild yeast; right around 50 and windy. I placed one jar on my front porch where there are some pumpkins and a crepe myrtle/bushes. The other went on the back patio. 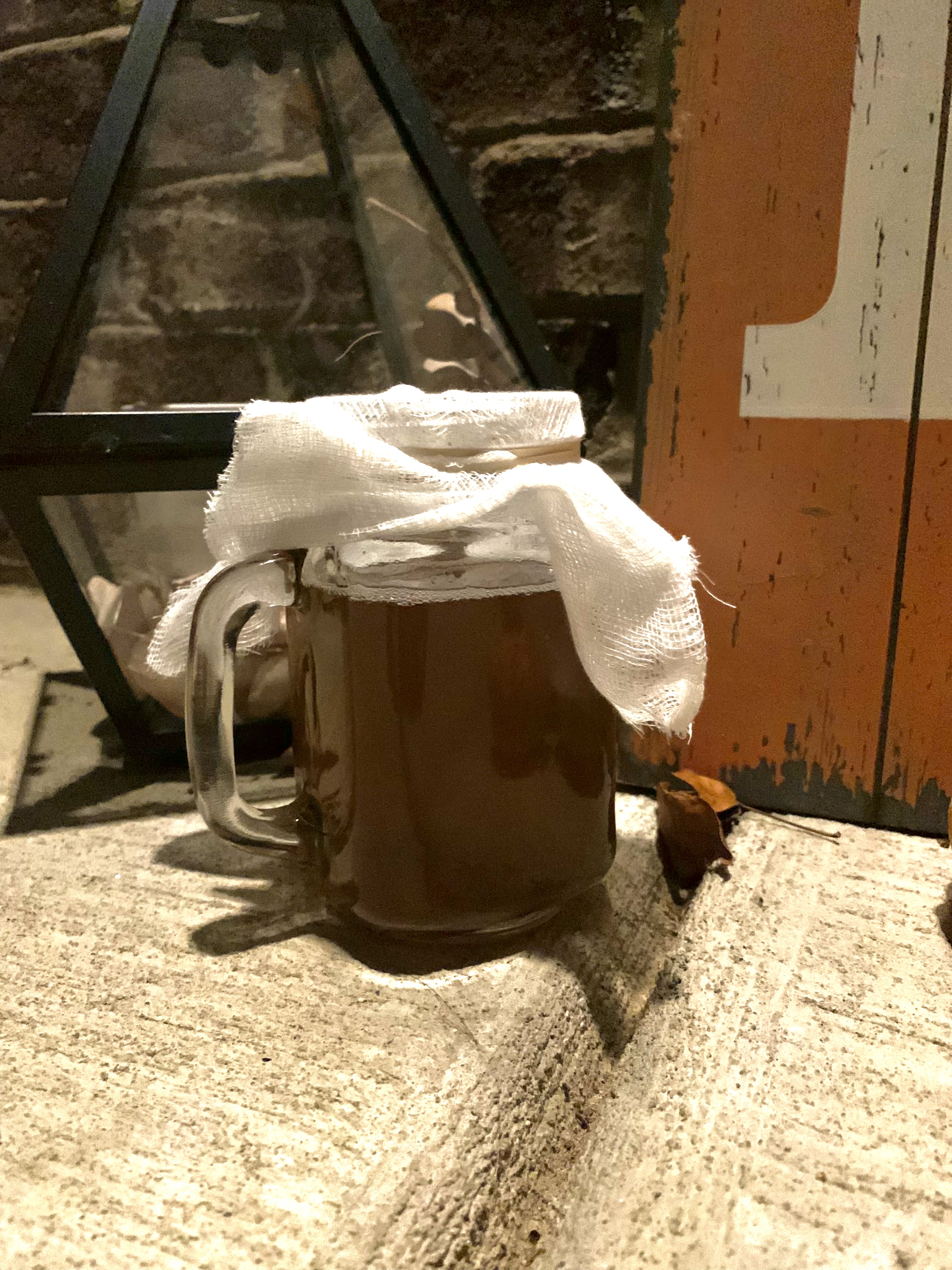 On brew day (approx 48 hours later) my yeast starter had some signs of colonization and no off smells: 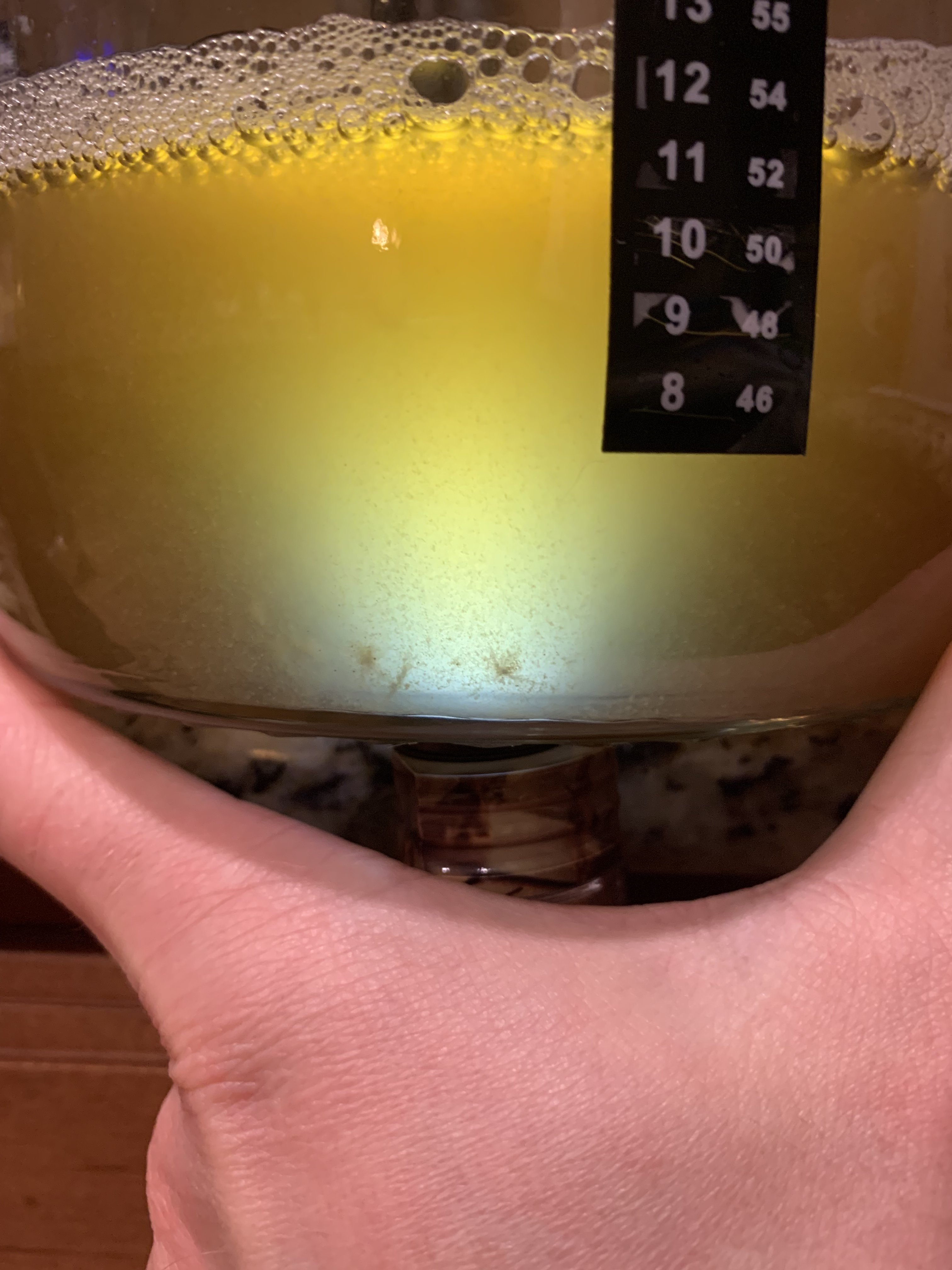 I brewed on Friday, 11/11 and racked to my “coolship” around 11pm. The next morning the temp was around 72, so I racked it to the carboy the starter was in and set it in a closet where the ambient temp is around 72-74. This morning, 11/13 I checked on the batch with great surprise. I had airlock activity (a bubble every 10-15 ish seconds), visible swirling of yeast colonies and a pleasant fruity/funky smell coming from the airlock. There are no visible signs of mold growth as of now. 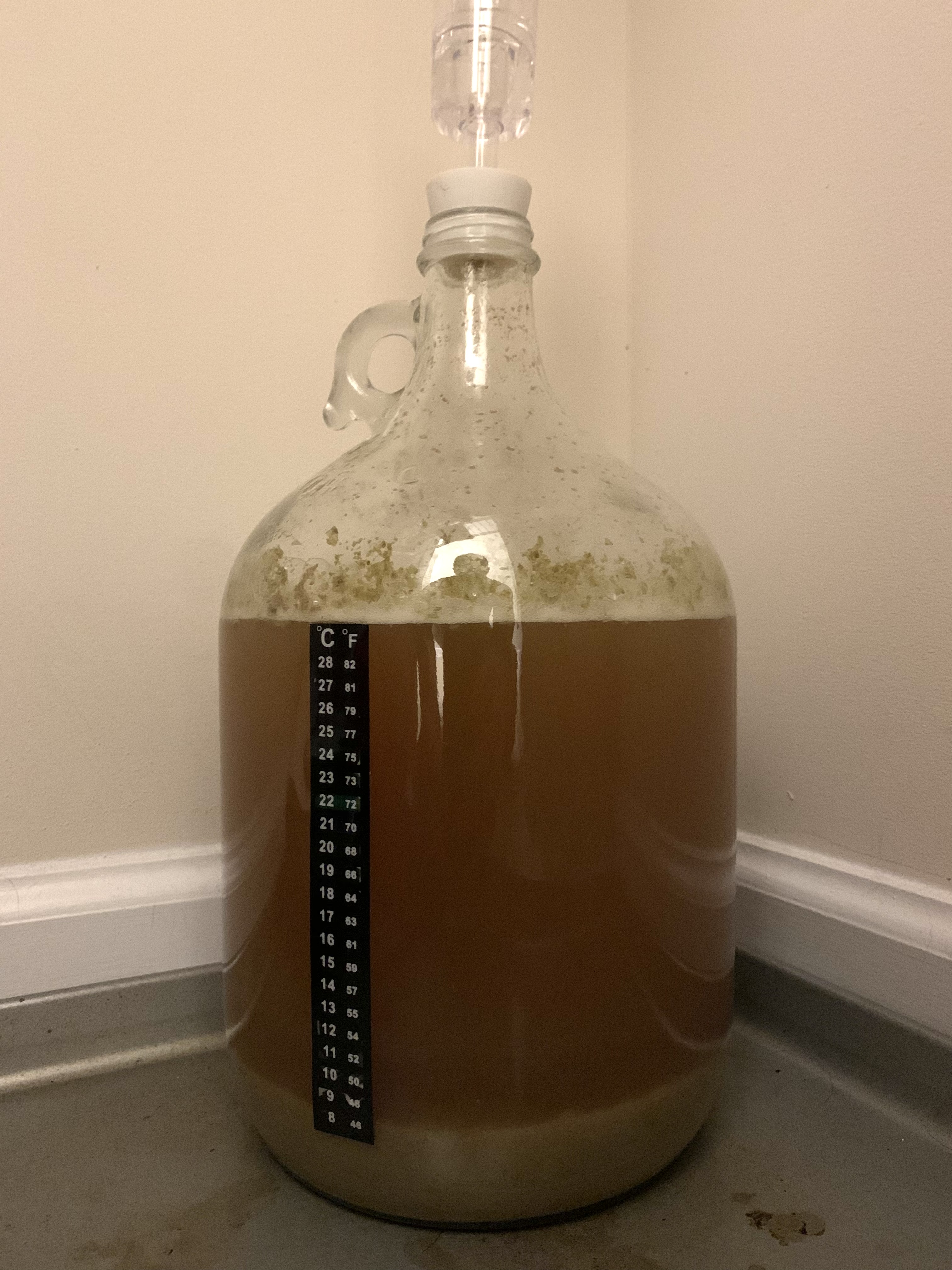 Fingers crossed, but as of now it looks like I got lucky and successfully harvested wild yeast!!
Last edited: Nov 13, 2022

Did my warm lager yeast starter cause my fermentation to lag?