Why brew? A moment for reflection

Amidst all the DIY brewing projects, recipes, and equipment that one can take up while brewing there is one thing that I consider to be most important, a reason to do it. Why brew at all? This is really a question of motivation, and ultimately, there is no single answer to this. But for newbies, seasoned professionals, and those that have yet to become yeasty (in that good way), having a reason for brewing is everything.
More often than not, people talk about what they brew, and how they do it? Questions people ask me are how I learned, is it difficult, how long have you been doing it..., but no one ever seems interested in why I brew, or what keeps me doing it. This isn't really a gripe, rather it is an observation. So, why do it? Why take the time to learn instead of enjoying the brews already available?
This almost sounds cynical, really, I mean, why do anything right? I think that it's good to take a moment from time to time to reflect on why one is involved in something. The answer to this is going to be different for everyone. For myself, I started because I was frustrated at the lack of options available to me. Without naming names, I moved from a place that had an exceptional array of beers from all over the world, to a place that, for all for all intents and purposes, seemed opposed to brews from the same country, let alone the rest of the world. More likely than not this was the final straw that gave me that little push.
And just like that, the camel's back was broken and I was on my way to brewing my own. For years I'd been kind of curious, and had thought, "if people could could brew in drafty monasteries and damp caves hundreds of years ago, surely I can do this in my kitchen." So I taught myself out of John Palmer's How to Brew and never looked back. And I've kept kept on with it, but why?
I don't need to brew beer. I could use that time for something else. And there's an ever growing variety of quality craft brews. Just a small exchange of money for convenience, and I could easily have a tasty beverage whenever I want. However, I really enjoy opening a bottle of my own beer. Completing a task from start to finish is a nice feeling, and the hiss from properly carbonated home-brew is the perfect punctuation to the finished task. I derive a lot of pleasure from the process of making beer, as probably a lot of other people do as well. And really, this is the whole reason I do it; I just like it. Be honest, as soon as you finish for the day and primary fermentation has only just begun, you're already thinking, "you know what would be really good to brew..." and contemplating what the next batch will be. I do.
Sure, there are endless amounts of people who could stifle the creative impulse to brew. I think at some point or another we've all run into snobby pontificating know-it-alls who are only too happy prove their superiority. It doesn't even matter if it's about beer. I even know someone who read the entire Encyclopedia Britannica because he wanted to be smarter than everyone else. These kinds of people can stuff it. Maybe they know what they're talking about, maybe they don't, but it doesn't matter. It's not their brew.

Even if frustration was what got me started, I carry on because I enjoy the fact that I'm making something. My own ability, or incompetence depending on the final product, is why I brew. Brewing is a fun hobby, and each batch is a new little challenge. And of course, the best part is that now I can have whatever kind of beer I want! I think that's as good a reason as any. 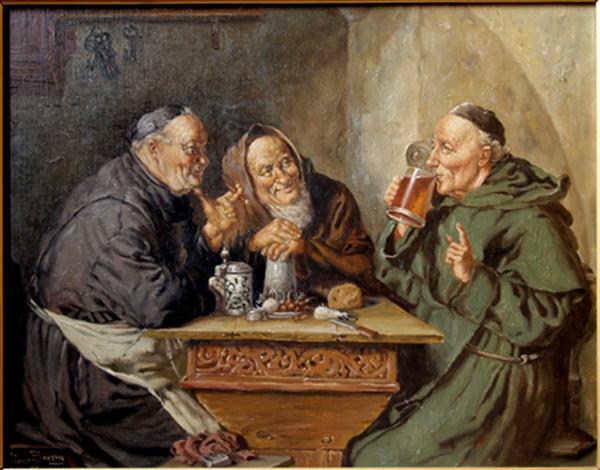 S
Why brew? A moment for reflection

A
Lessons Learned: My First Year in Home Brewing
2

J
What I Have Learned on HomebrewTalk