And done forgot to take a pic before we shredded. 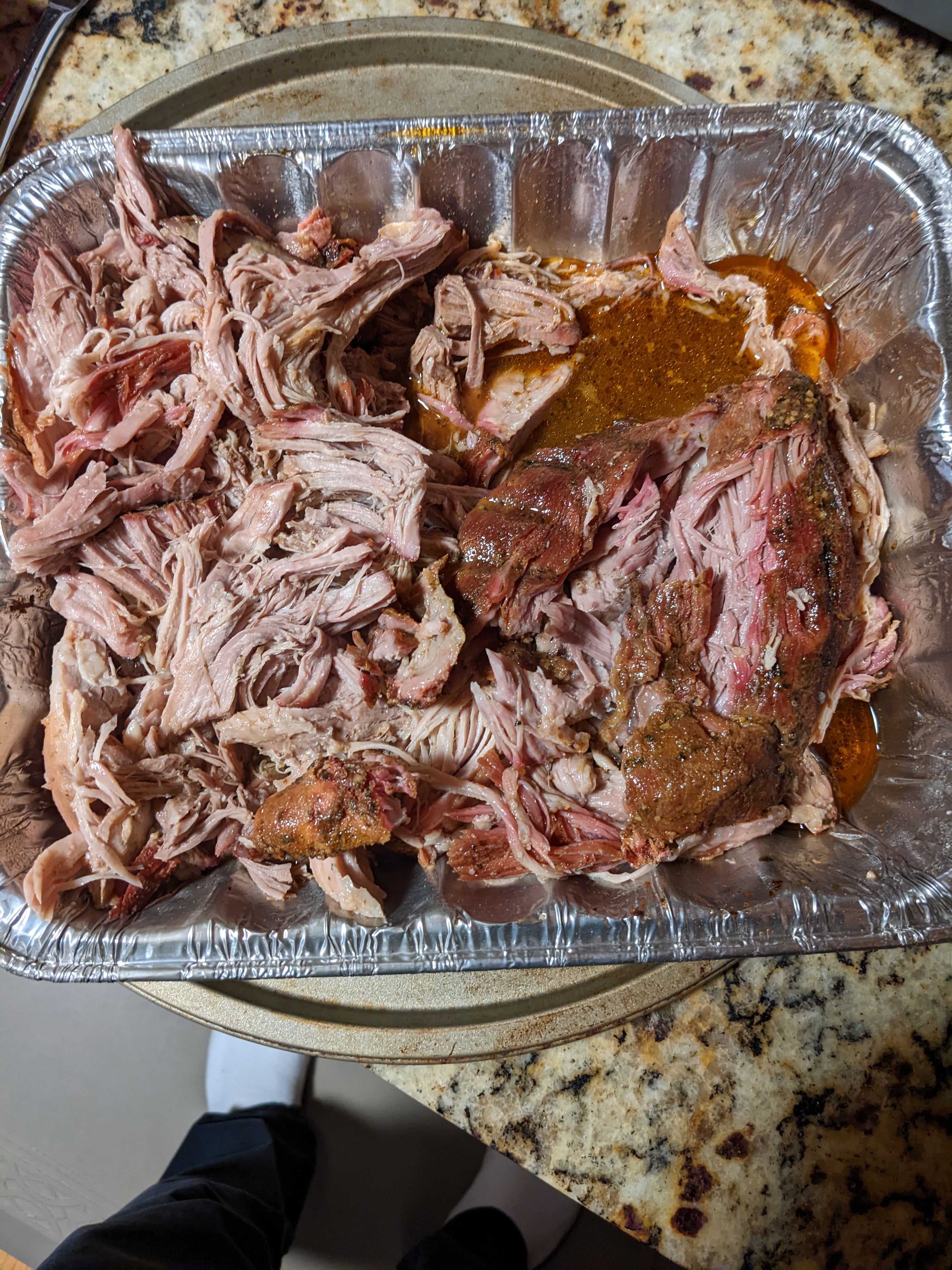 This is the show plate. The smoked hock I broke up and added back. Soooooo good. Going to make some cornbread and sit down with a bowlful.

I just replaced the control panel for my masterbuilt smoker, and it was about half the price of the smoker when I bought it a couple years ago.

I would've bought a new smoker, but I felt bad tossing this one out when it could just be fixed with a control panel.

Next time I have a problem with it, barring a disaster I'll be getting a new one.

I thought I'd throw out some functions I'd like with my next smoker and see if anyone could make some brand or even specific appliance recommendations.

Hope everyone is having a good weekend.
Click to expand...

Dang I'll bet that was good. 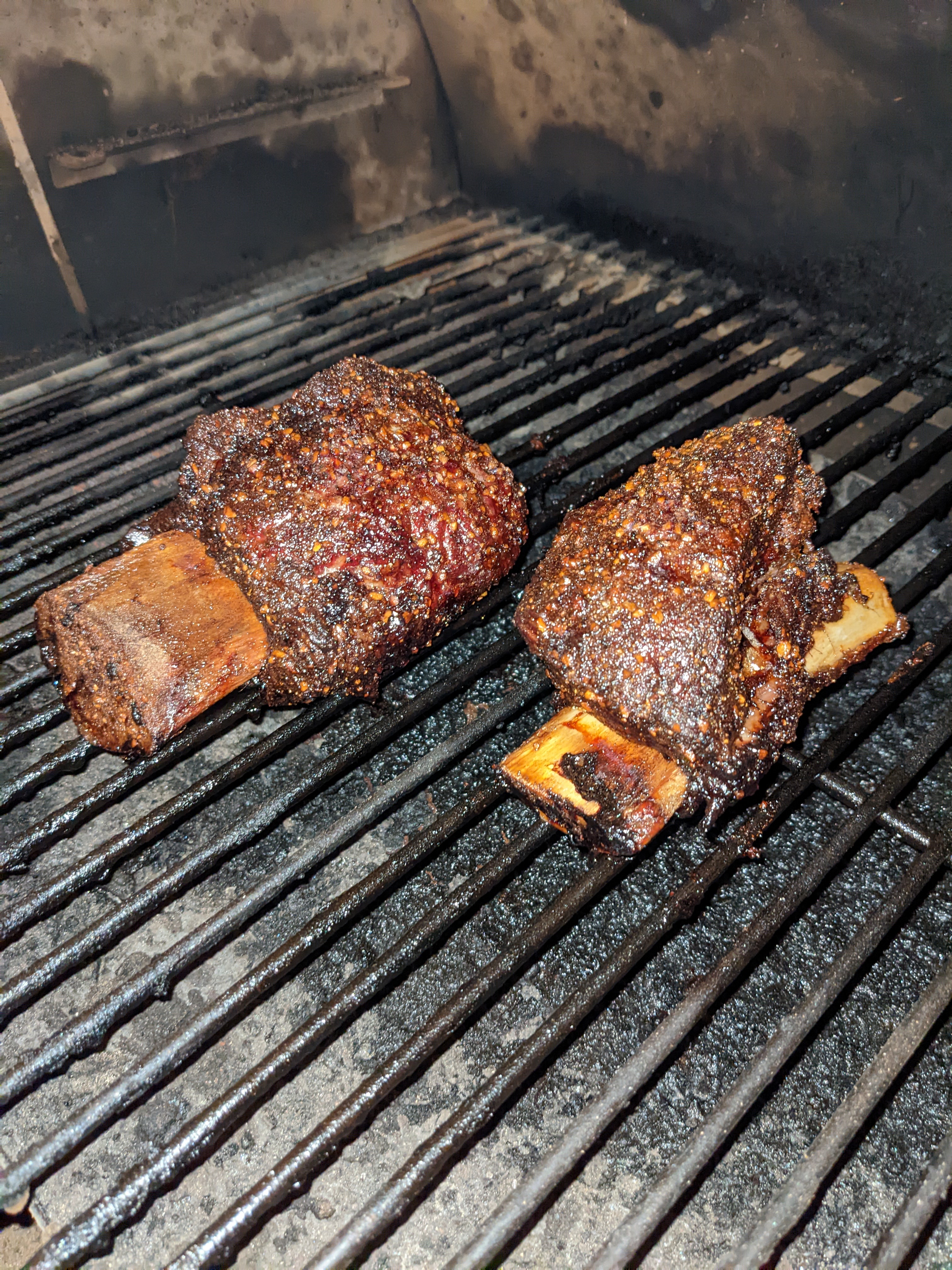 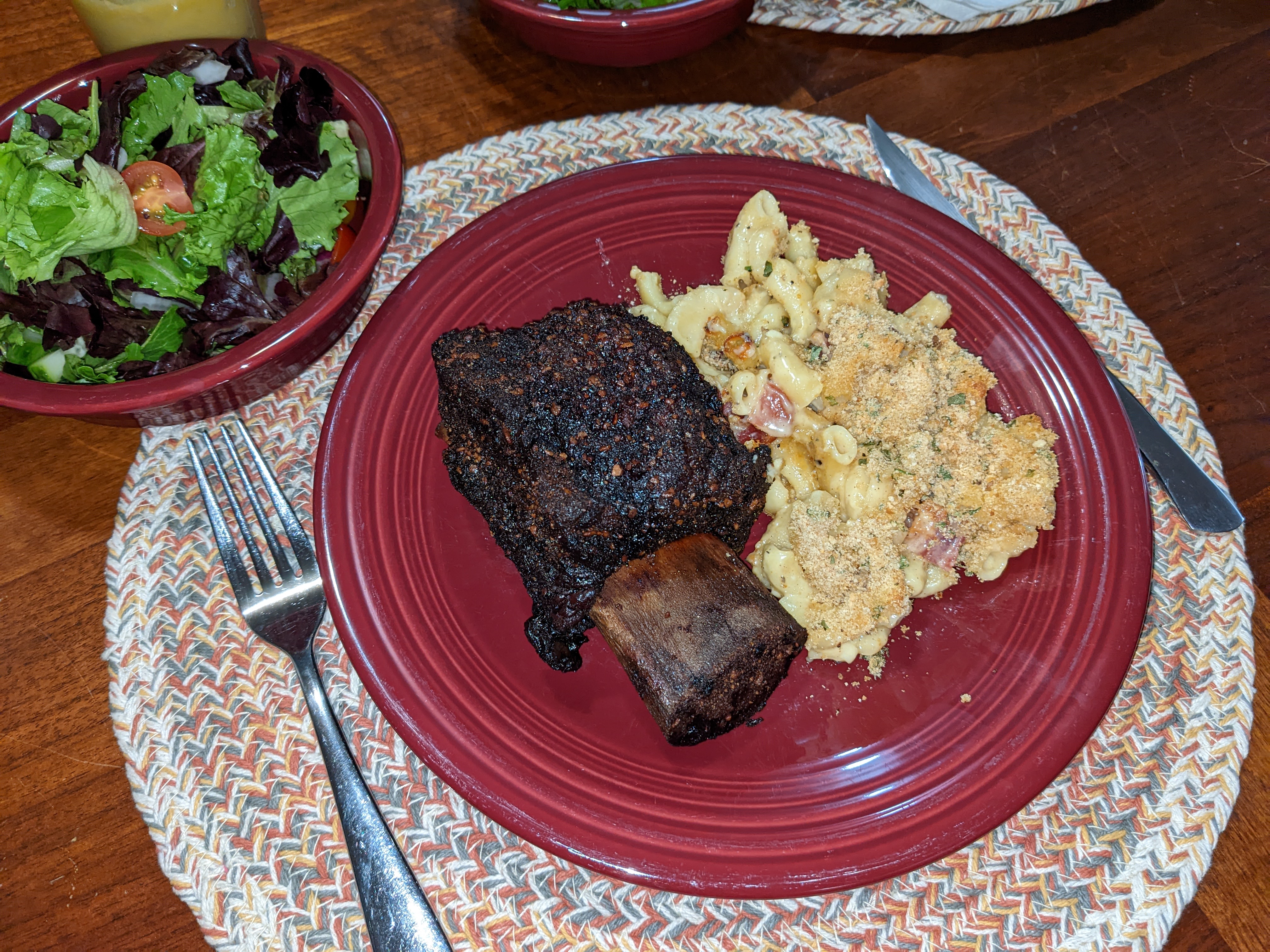 I'm doing the same thing. Except it's staying whole.

I put a 14lb turkey in at 6:15/235F and was amazed when it was done by 9:10! I dropped the tamp down to 195F until 12:30 when it was time to go and it still turned out awesome. I'm still trying to figure out how it cooks so fast. I think part of it must be the water pan that keeps the smoker steamed. I think part of it is stuffing it with aromatics that heat up fast and basically steam it from the inside-out.
I made sure to stick notes in my phone this year because I knew that it went faster than predicted last year, but I couldn't remember actual numbers.
I'm smoking a slab of home-cured bacon today.

I’ve got 3/4 of a pork loin being turned into Canadian style bacon. It’s getting the cornmeal “peameal” treatment Saturday

Brewsmith said:
I’ve got 3/4 of a pork loin being turned into Canadian style bacon. It’s getting the cornmeal “peameal” treatment Saturday
Click to expand...

Here it is all done and delicious

Beef ribs to close out US Tgiving weekend. 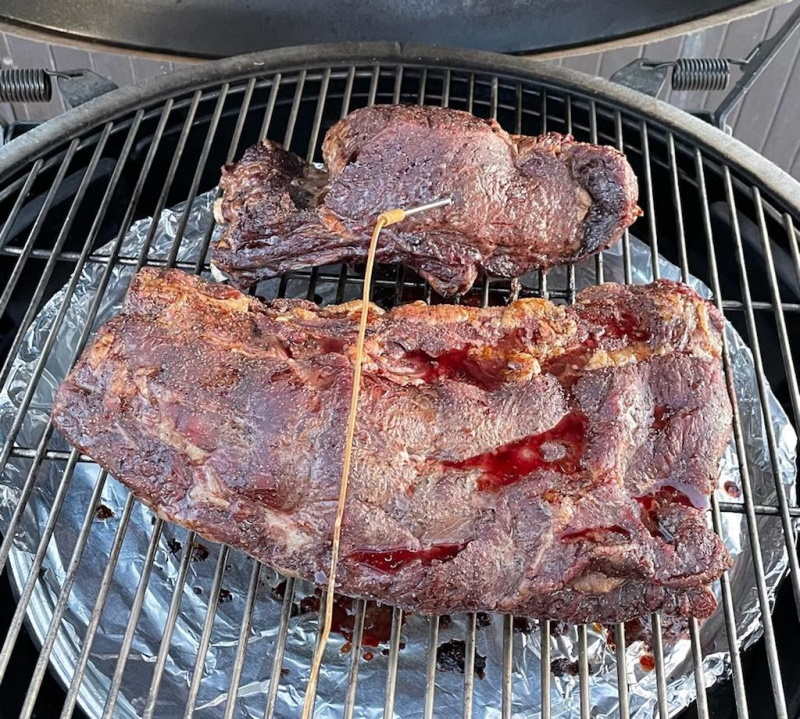 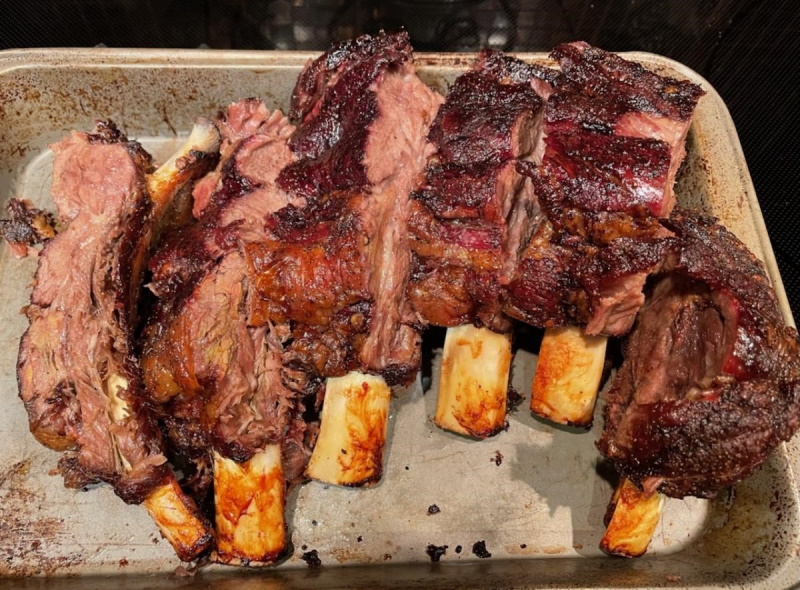 Local FiestaMart had full rack beef rib roasts for $5.95/lb this past week. Unsure if it's a regular price since there was no indication of it being a special sale price. Rack was the size of a full brisket. I removed the roast leaving 1/2"-3/4" of meaty goodness on the ribs for a treat that isn't available when purchasing a typical rack of beef ribs.

Dry brine with sea salt for 24 hours, dusted with the Amazing Ribs 'Big Bad Beef Ribs' rub (recipe link below) and loaded into the BGE at 225F for what was a bit over 7-1/2 hours to hit an internal temp of 195F in the thickest areas between the rib bones. Best rack of beef ribs I've ever done, and possibly the best rack of ribs (pork or beef) I've ever done. These would give the best ribs I've had in Ft Worth, TX a serious running (and tie or possibly win) 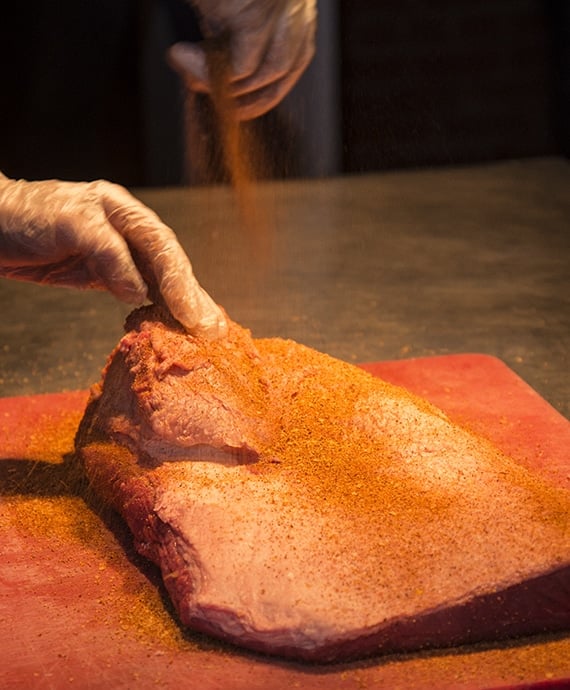 This flavorful beef dry rub recipe is perfect for seasoning brisket, beef ribs, steak, and more. In Texas, many barbecue joints use plain old salt and pepper, called Dalmatian rub. But beef brisket and beef ribs can handle, and benefit from, a more potent mix of spices. You can make this beef...
amazingribs.com

I have a second rack in the freezer, and will be slicing up some thick cut steaks from the roast later tonight