Picked up a pork shoulder at Costco on Monday, trimmed and dry-brined on Wednesday, then sous vided from Thursday to Friday (26 hours). My next step is usually to smoke with a chunk of Japanese cherry blossom wood (sakura) at 110C/230F for 4-5 hours, but it was way too windy to smoke with heat (charcoal/gas), so I used a brick of compressed hickory sawdust. You just light it and it smokes for about 90 minutes, with no extra heat necessary.

After that, I put it in our tiny Japanese oven for 3 hours at 110C/230F, and it developed this nice bark without any additional moisture loss. The kitchen still smells amazing a couple hours later, but if I'm telling the truth, I would've liked a little more smoke on the meat. The sawdust bricks are convenient, but I don't get nearly the amount of smoke from them as I do from chunks of solid wood. 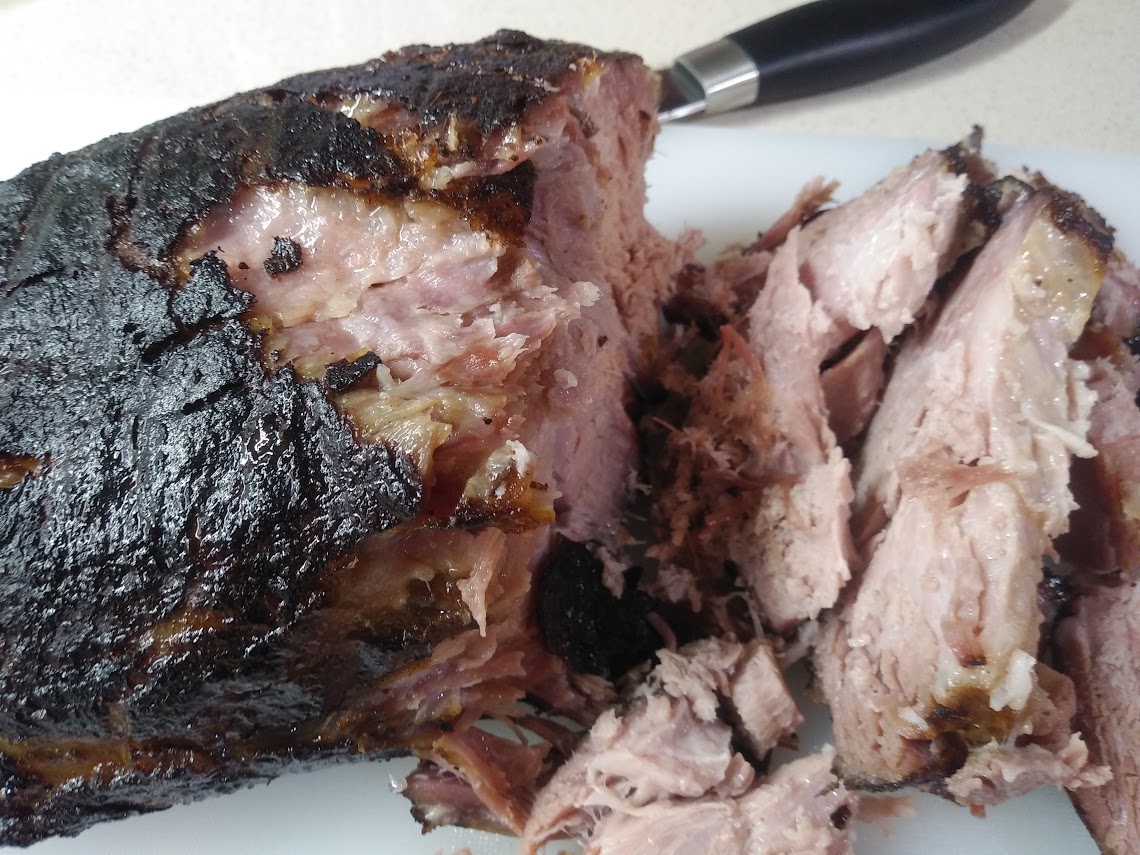 Getting an early jump on the weekend. 9 lb bone-in butt prepped yesterday with Aaron Franklin's injection recipe, then this morning rubbed it with Memphis style and "Sweet Chicago Heat" rubs that my wife makes. Also smoking a block of cream cheese coated with everything bagel seasoning and later I'll be tossing some heads of garlic in there. 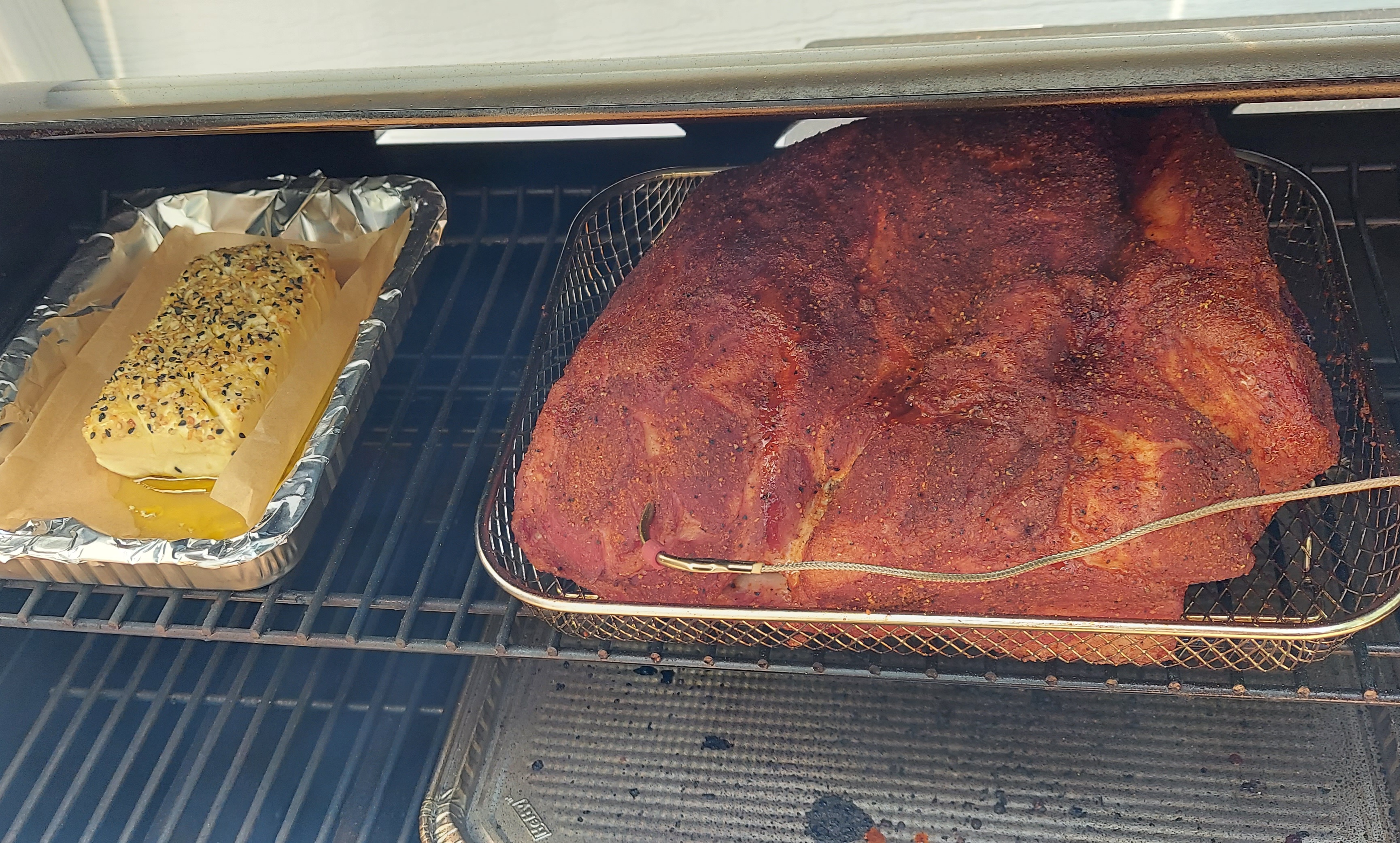 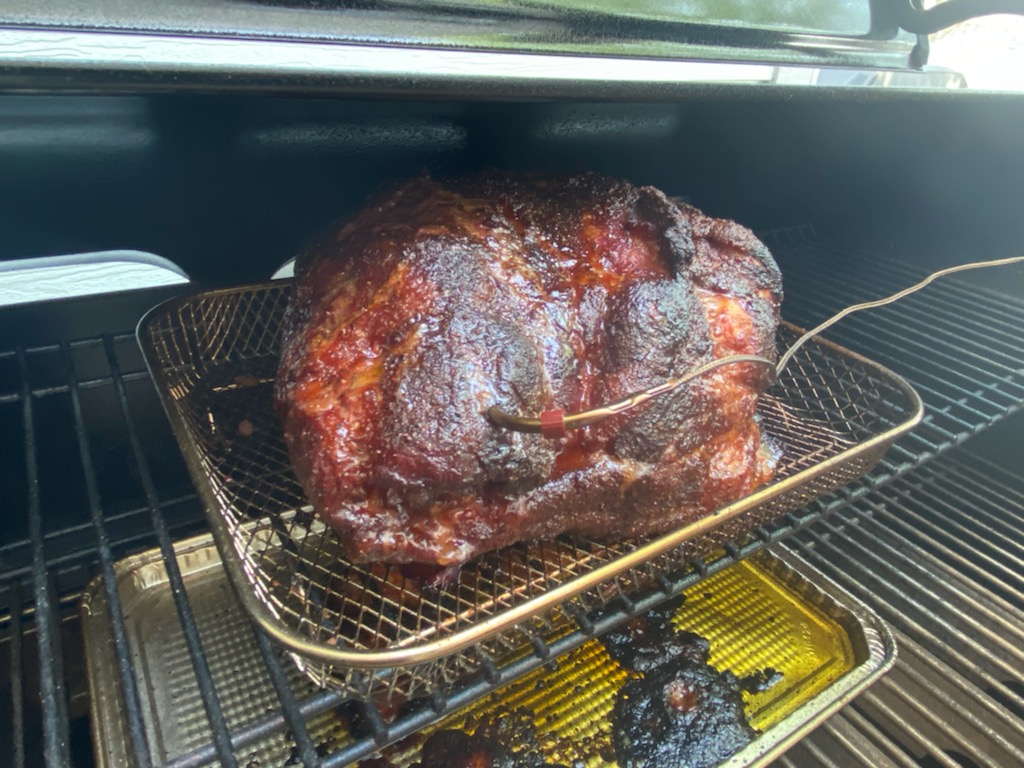 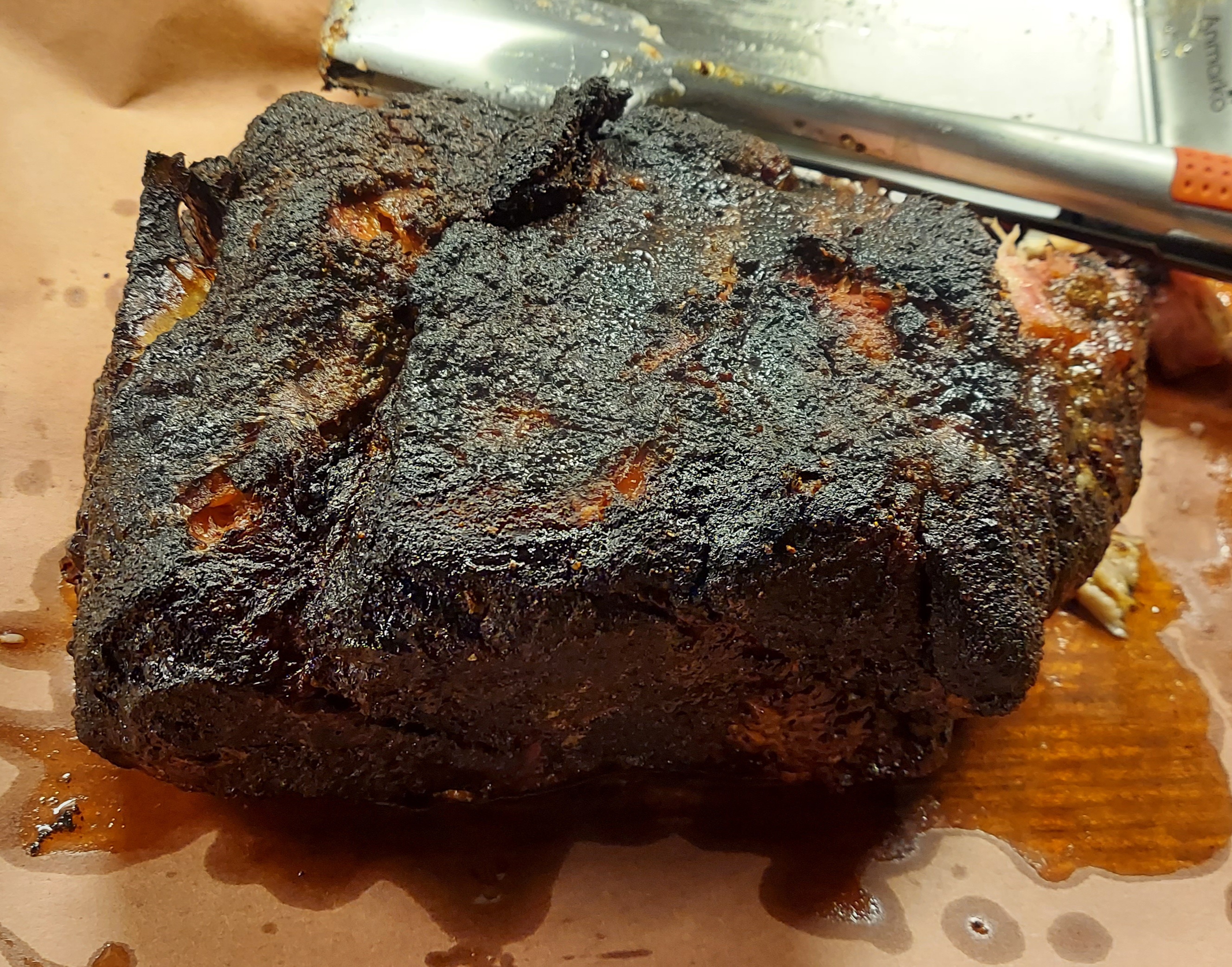 As someone who's had garlic like that before - I'm jealous. I need to do it again soon!
You must log in or register to reply here.