Looking for advice on what size of fridge freezer I should get to hold four 5 gallon kegs and one 5 lbs Co2 tank. I know I'll need to measure to confirm, but just so I can narrow this down a bit, will 14 cu ft be okay, or do I need to go larger?

This will easily be large enough. I have a 7cf with 4 kegs and CO2 on the hump.

What DG said. I have the same thing.

Pic below. Couple of things about it: first, if you look closely on the left, you'll see that keg sitting on the compressor hump. It's a Morebeer Torpedo Keg in the squattier form factor, like a pinlock. I can get two of those on the hump and four normal corny kegs in there at the same time if I move the tank/regulator to the outside. To accommodate that keg on the hump, a 2x6 collar was necessary.

Second, if I had to do it again, I'd probably have moved the secondary regulators to the right side instead of in the back. They make it a little more difficult to move kegs in and out. Not hugely so, just a little more. 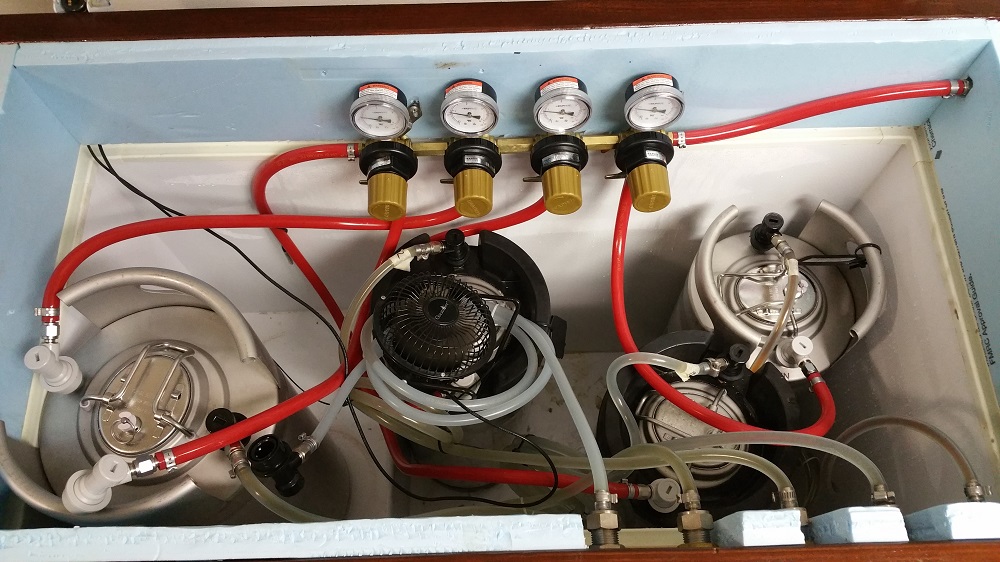 rhys333 said:
Looking for advice on what size of fridge freezer I should get to hold four 5 gallon kegs and one 5 lbs Co2 tank.
Click to expand...

Check out this thread on the subject..
OP

J
what fridge for kegerator

B
Dorm fridge or compact freezer for kegerator?

F
Side by side freezer/fridge for kegerator?