What is this growth in my kombucha?

Hi everyone! I am new to kombucha brewing and I am extremely careful about keeping all my equipment and workspace sterile. However, I have been getting this weird growth in my kombucha during the second fermentation step. It floats around the middle of the bottle and is white and turbid. It appears to be something different than the baby scobies, which have also formed in most of my second fermentation bottles. I have attached a picture from a green tea batch so that you can hopefully see what it looks like. In my darker coloured brews, it is still present, but less visible.

I strained the kombucha through cheesecloth after the first fermentation and strained it again through a coffee filter after the second fermentation. I popped the bottles back in the fridge and the next day, the growth was STILL present. I really thought the coffee filter straining would get rid of the growth and it came at the cost of destroying the carbonation I had achieved. Going forward, I will just strain before drinking to avoid chunks, but I want to make sure that this is safe to drink or find out if I am doing something wrong. 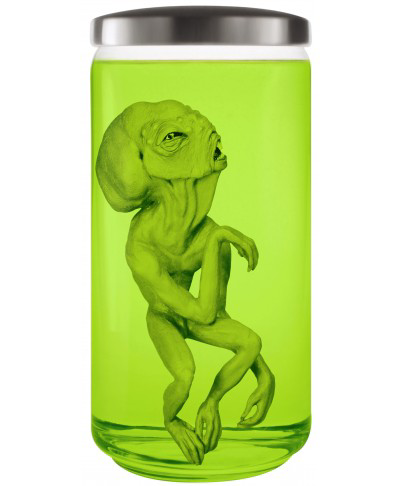 It's an alien bro.

Green tea is basic, not acidic. You need to be very mindful of your pH.
OP
A

rushpapers said:
Green tea is basic, not acidic. You need to be very mindful of your pH.
Click to expand...

My brew had a pH of three after the initial 8 day fermentation, so I am not sure if the pH was the issue here, but thanks for the heads up. I do prefer black tea brews!

rushpapers said:
What was your process?
What did you use to measure pH?
If you used a digital pH meter, did you calibrate?
If you calibrated, what buffer did you use?
Click to expand...

No, nothing as fancy as that. I just use pH strips. I knew in advance that the scoby prefers black tea to green, so I added more starter tea than normal from the previous batch made with black tea.

pH strips do have some drawbacks, such as shelf life and accuracy.

It looks like pellicle, but it's hard to tell.
Pellicle doesn't always form a nice layer on top, especially if you move, stir, aerate, or filter your kombucha.

Is this mold on my kombucha? (Newbie)

Is this scoby growth?