What Cellaring Does for Your Beer

Wine aficionados have always been passionate about the vintage of their bottles. They often say “it was a good year,” or talk about how many years the bottle has been aged. Some people are compulsive enough to only store bottles on their sides, in a temperature and humidity controlled fridge. This is loosely accepted as the proper way to mature your fine wine. Although the majority of people believe that wine will get better with age, many still believe that beer won’t. I’ve heard people claim that a beer can’t change once it’s bottled, because nothing can get in or out. Ironically, those same people are worried that after a year of sitting in the bottle the beer will spoil. What a double standard!


Time and Cellaring Your Beer 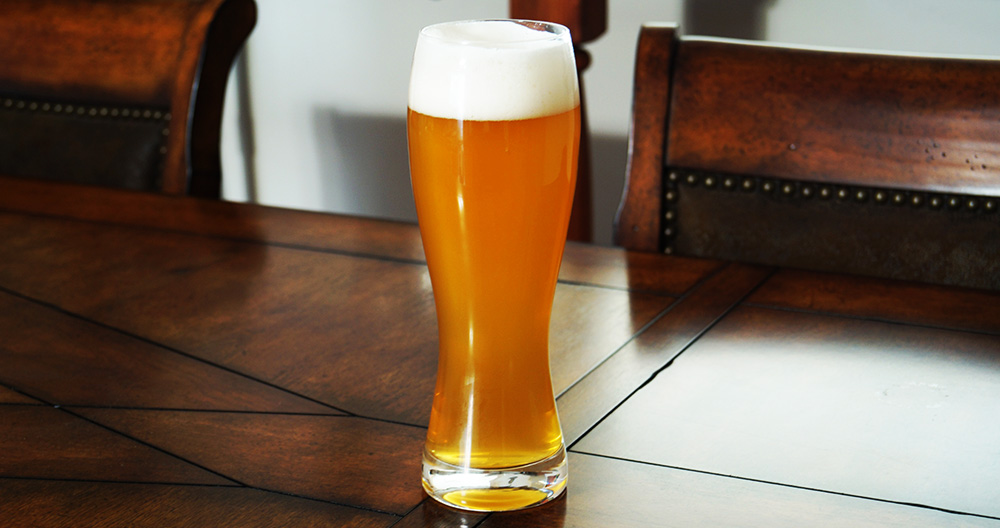 Anybody that has brewed beer before will notice that time can have a huge impact on their brew’s quality. Your homebrew may seem watery for the first couple months. Your IPA’s will have the most hop aroma and flavor when they’re fresh. Your stronger beers have an alcoholic bite that seems to fade as months pass. Something is going on that allows these beers to change in the bottle. To better understand this, let’s go back to before your beer was beer. On brew day you created wort, hopped it, chilled it, and pitched yeast into it in your primary container. Then you let your beer ferment for a couple weeks. During fermentation your beer obviously makes alcohol, but according to White Labs it also creates over 500 other compounds! Some of these compounds can’t be detected, or exist in such small amounts that they won’t affect the beer negatively.
However, others can be detrimental to the flavor, aroma, and shelf life of your beer. Luckily, the same yeast that created these compounds has the power to “clean” them up. Since your primary has a lot of yeast, it can be beneficial to leave your beer in there for another 1-2 weeks to allow more time for the yeast to reduce these negative by-products (3-4 weeks overall). Any longer though and the yeast will start to break itself down (autolysis) and create more off flavors. You can also use a secondary vessel for a longer cleanup process. However, since most of the yeast was left behind during racking, there is less yeast to help out, and it will take more time. Even after you bottle, there will be some residual yeast left behind that you will notice as sediment in the bottom of your bottles. This is the yeast that helps you carbonate if you’re bottle conditioning. This small amount will continue to “clean up” your beer, and alter the types/amounts of compounds in your beer while it sits in your cellar. Even though your bottle is sealed, the compounds already in your beer are constantly changing. Generally speaking, the flavors in your beer will blend together better and become smoother as it ages.


Oxygen and Cellaring Your Beer

As I mentioned earlier, storing bottles of wine on their sides is a common practice. It is also a misconception. Wine bottles used to be stored on their sides to keep the cork wet and swollen, so they would not dry out and let air into the bottles. This made sense when all corks were made of cork, but times have changed. Today many bottles use synthetic corks, or even twist off caps, so there’s not always a need to keep your bottles on their sides. Still, most wine racks encourage this kind of storage. Likewise, there is no need to store your cellaring beer on its side. It can actually be bad for your brews. When your bottle is standing up, only a dime sized surface of your beer is touching the air trapped in the neck of the bottle. When you lay your bottle on its side you have a much larger surface area of your beer touching this air. Over long periods of time the oxygen in this air can speed up oxidation (makes sense right?) and make your beer age less gracefully. To help battle this, you can also bottle your beers using oxygen barrier caps which will absorb the remaining oxygen inside your bottles.


Temperature and Cellaring Your Beer 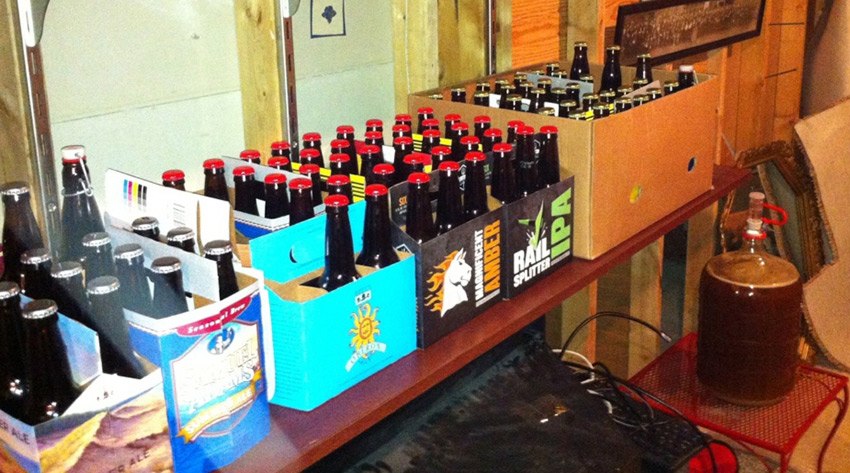 Another important factor to cellaring your beer is temperature. The yeast remaining in your bottle produces different compounds and different amounts of them at certain temperatures. Aging your beer warm can speed up how quickly it matures, but it will also produce some harsher compounds. On the other hand, aging your beer at too cool of a temperature can greatly slow down the yeast, or even make them dormant. This can be noticed by the long lagering times required for lagers (several months). Even though lager yeast is made for cold fermentation, the even colder lagering period still slows down its maturation. The lagering period is used to smooth out the beer, which once again confirms that time and temperature does play a role. Generally speaking, stronger/darker beers can be aged around 55-60ºF, while more average strength beers can be matured at 50-55ºF. Lighter beers (like lagers) can go down to the 45-50ºF range, which will likely need a refrigerator unless you live in a cave. If you do use a fridge for aging your beers, be conscious that part of a fridge’s job is to dehumidify. For years of aging, you’ll be better off letting a corked beer age in your cellar, where there is more humidity in the air to keep the cork from drying out and letting oxygen in.


Light and Cellaring Your Beer

As many of us know light is also the enemy of beer. There’s an old Sam Adams commercial where they brag about only using dark brown bottles and high cardboard walls on their 6 packs to block more light while their beer is sitting in a store’s cooler waiting to be bought. It’s important to keep light from your beer because it breaks down the alpha acids put in there by the hops. These broken down compounds then react with other proteins in the beer which contain sulfur. This interaction forms another chemical that is almost identical to what a skunk sprays at its attackers. That’s where the term “skunked” beer comes from. Sam Adams cares about your beer! So it’s true that beer is best stored in dark bottles, and in a dark place. Clear or green glass bottles aren’t recommended since they let in more light than a typical brown bottle. If you’re able to age your beer in a keg long term, that’s even better. That blocks all light, and you’re able to easily purge the head space with CO2 before stashing it away to reduce oxidation.
On a more subjective note, I’ve experimented with aging a bunch of different beers, and the process doesn’t always yield the same effect. That’s what makes it fun though! My friend bought a 4 year old, barrel aged stout from Hoppin Frog to see if we could tell a difference from the aging (we had both tried this beer fresh before). We both agreed that the aged beer had become much easier to drink. It had developed a smooth, velvety texture, and the alcohol presence, which was normally boozy, had transitioned to a more welcoming warmth. A beer that we normally had to sip slowly was disappearing a lot faster. However, when I later acquired a 6 year old bottle of the same stuff, I was not as impressed. It was still better than a fresh bottle, but something about the beer didn’t seem as well blended and smooth as the 4 year old bottle. There are a lot of variables that could have caused this, but I now know that longer aging doesn’t always mean better. Aging your beer adds another dimension for beer lovers, and its unpredictability is what makes it seem kind of magical. If you were unaware that aging beer was an option, or haven’t tried it yet, I recommend you set aside a few bottles for 1-2 years. I personally find it to be diminishing returns after about 3 years, but everybody has their own preference. Enjoy what you have now, by waiting another year!

B
What the Judge Sees - Improving your Beers for Competition