Thought it was a co2 leak--just an empty keg

I kegged my first beer back in December to have an impressive IPA on tap for my cousins visiting from Colorado (I live in Niagara Falls, Canada). My keg setup is a used italian corny keg, someone's old regulator with the shutoff valve missing the handle and an adapter for a 9oz paintball tank from my brother-in-law.

Trying to do it cheap felt like it brought huge setbacks when trying to adjust the shutoff valve with a wrench and guess where it was on and off lead to the nut shooting off and losing all my co2. After fixing the shut off valve (still no handle) and getting another co2 fill up ($5). After fixing a couple leaks I finally got it working, filled a few growler's and enjoyed the beer. Then the co2 seemed to run out again, so I gave up for a month and let the beer sit. Then in January I went to fill up my co2 tank again and give it another try, but coming back after work the tank was empty. There didn't appear to be a leak as the keg was still charged and the beer poured. I held back paying for a fourth refill and just nursed the extra foamy tap without any co2 hooked up until it appeared to runout of enough co2 to push the beer out.

Given up, my wife suggested I should just bottle the beer and get the keg out of our shared fridge (we live with my brother-in-law and his wife who were getting less and less impressed). Today I went to sanitize my gear and lifted the keg out of the fridge to find it very light. Put it up on a table planning to siphon, opened it up and it was empty.
Sorry for the long post, but the two months of frustration with this setup was worse. Shows how quick a tapped beer can go and that relaxing and not worrying is always the answer, wish I'd checked it sooner.
Going to go Monday and fill up my tank to attempt an NEIPA on tap.

Pictures are the poured IPA with low carbonation and the paintball setup in the crammed fridge . 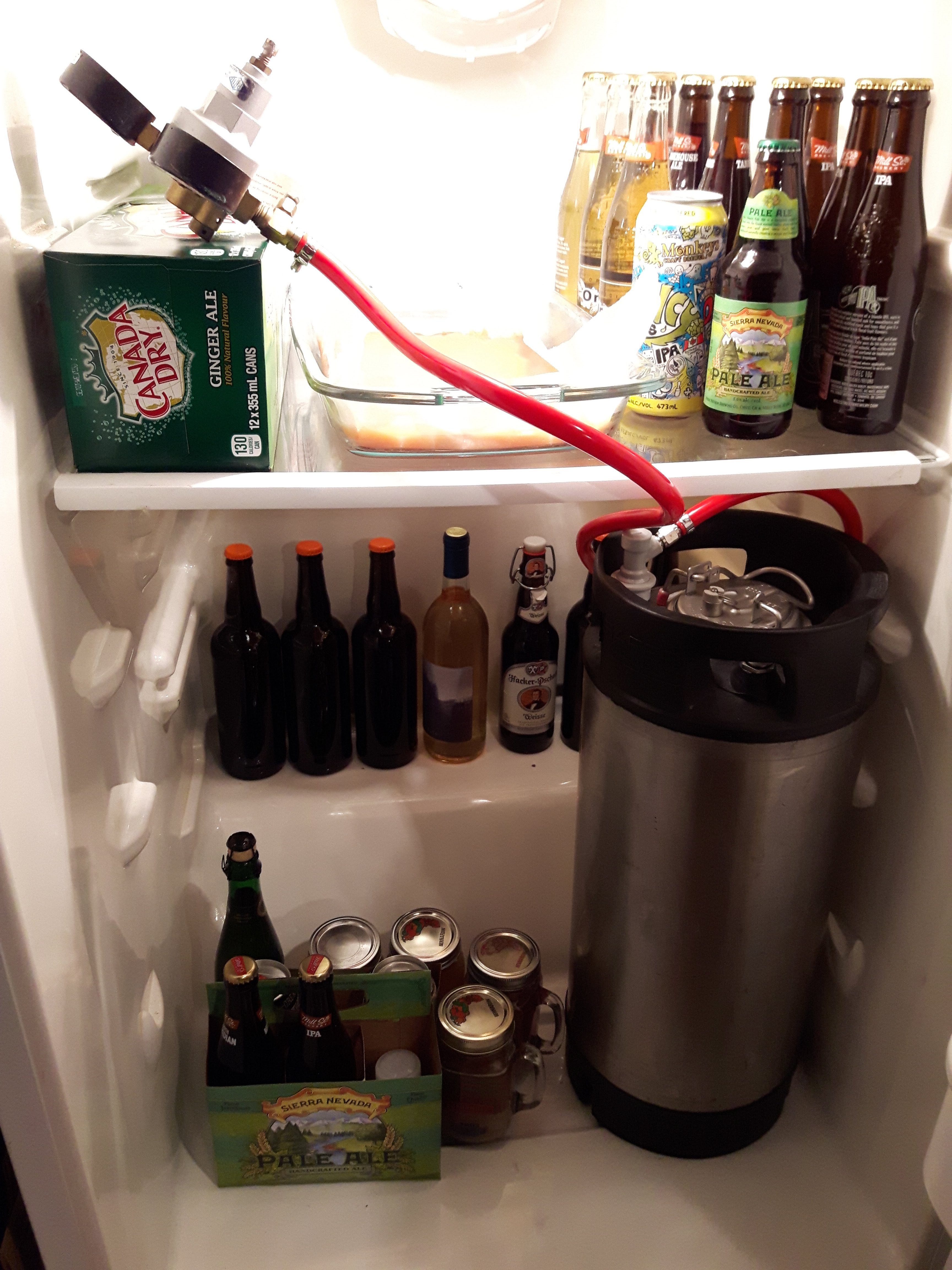 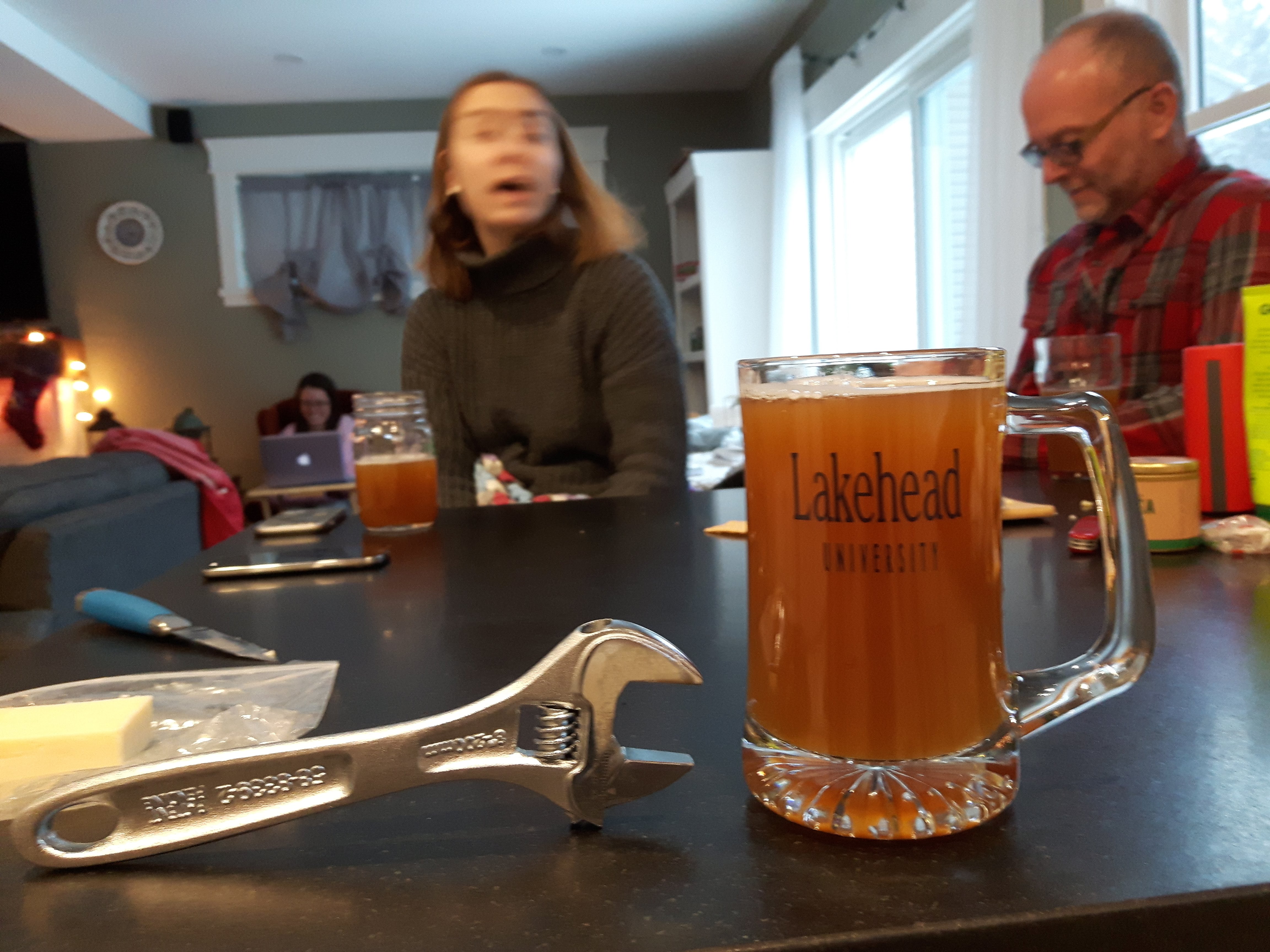