A while back I was deciding on what I should use for a fermentation chamber and I came across a post from Kal, who said he uses wine fridges, which are thermoelectrically cooled and can maintain temperature very accurately by using the thermoelectric coolers as both coolers and heaters. I ferment in 5 gallon sanke kegs and which are much too tall for a standard wine fridge. I’m also fairly cheap, so I decided I would buy used and customize the chamber how I wanted it. I wanted to use a thermoelectric cooler but since they are very inefficient, I would need to make sure my chamber was very well insulated. I would need three things, a large chamber (hopefully ready-made), a ready made thermo-electric cooling module and a temperature controller that was designed for thermo-electric coolers and could switch between heating and cooling.

One eBay, I was able to get an older Melcor (now Laird) MAA150T thermoelectric cooling module and a Melcor MTTC 1410 temperature controller that would switch between heating and cooling modes. The two wire RTD was long gone, so I got that through Duda Diesel. All told, the cooling components cost just shy of $200 total. Now I just needed the chamber.

I was checking out a restaurant auction and found a Delfield 4048 undercounter refrigerator that was listed as “does not cool.” I bid on it and since nobody wanted a refrigerator without a cooling system, I got it for around $40. 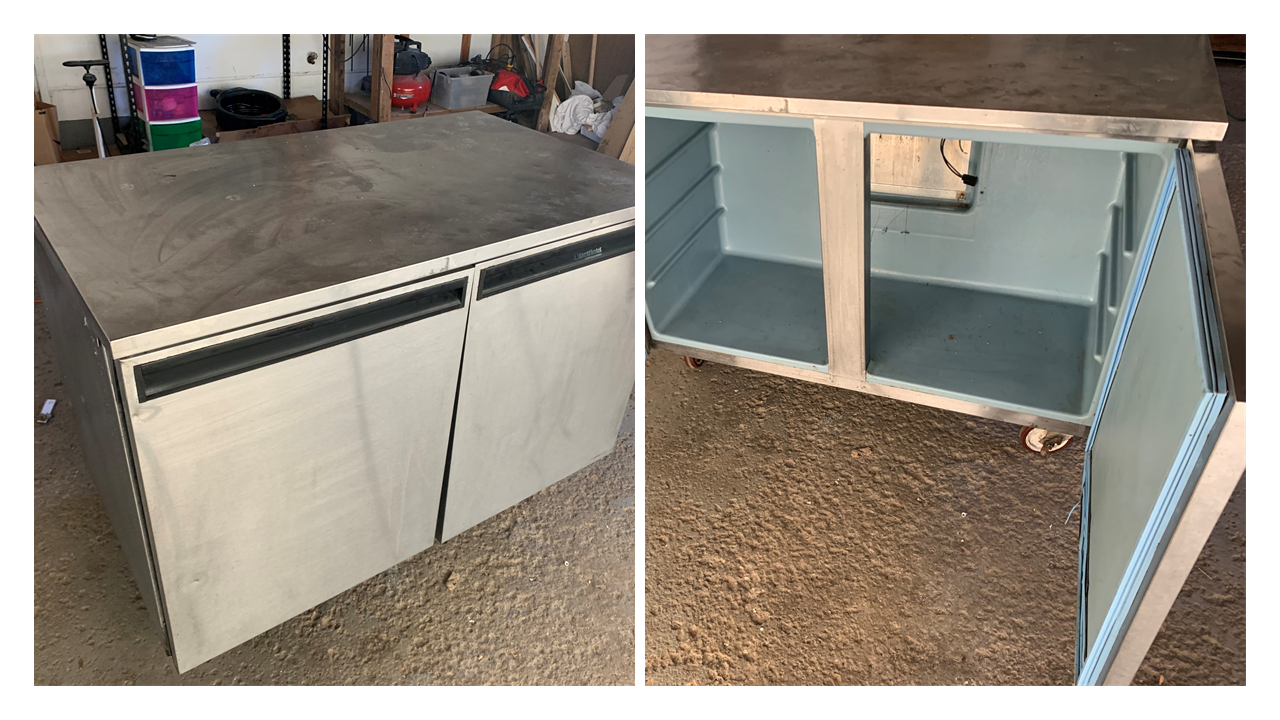 After picking it up and giving it a really deep clean, I ripped out all of the refrigeration components (I checked to make sure there was no refrigerant left in the line). I checked to see if a Sanke keg with fermentation cane would fit and the fermentation chamber was about 6” too short. I would have to modify it. I drew the whole thing up in Solidworks and settled on design where I would sandwich foam board insulation between PVC trim boards. 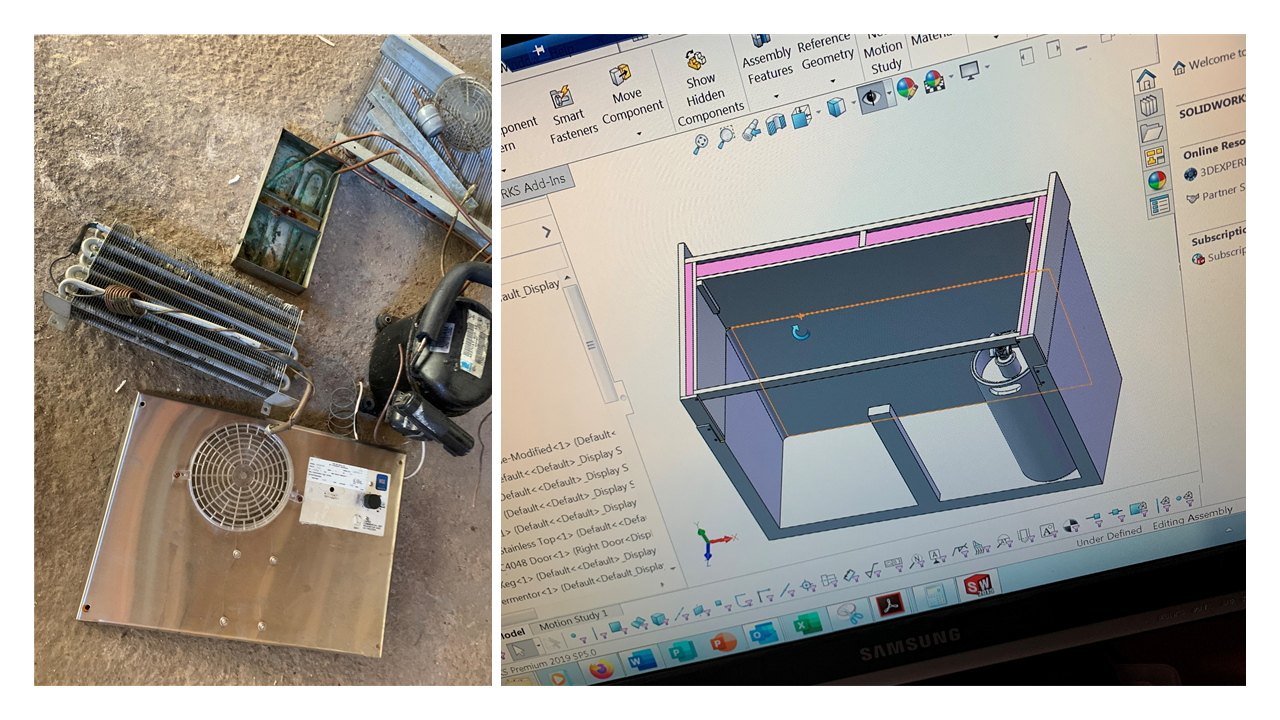 The first thing I did was to cut plastic around the top of the fridge. I had to take of the top stainless cover off and cut the remaining foam to get the top material out. 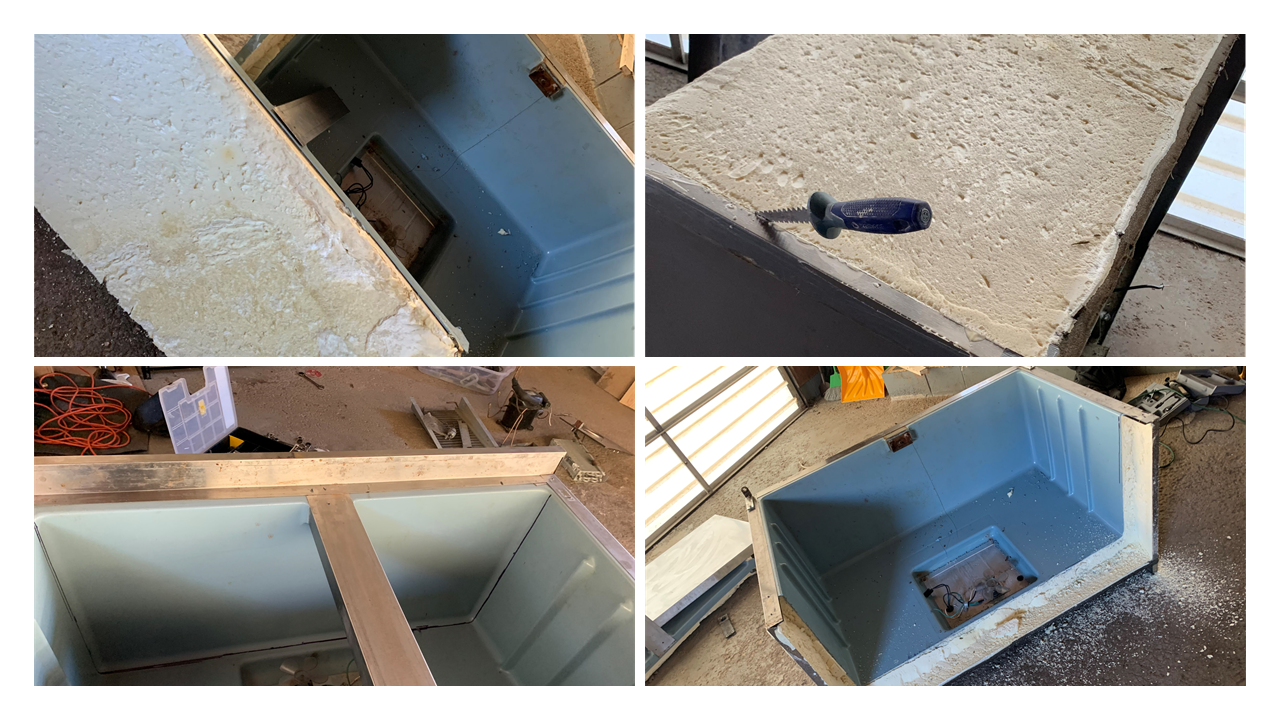 After cutting out the foam and PVC board that would make up the collar and attach to the fridge, I started attaching the PVC. I made sure the seal up any seams with some caulk that is supposed to withstand very cold temperatures and resistant molding and cracking. 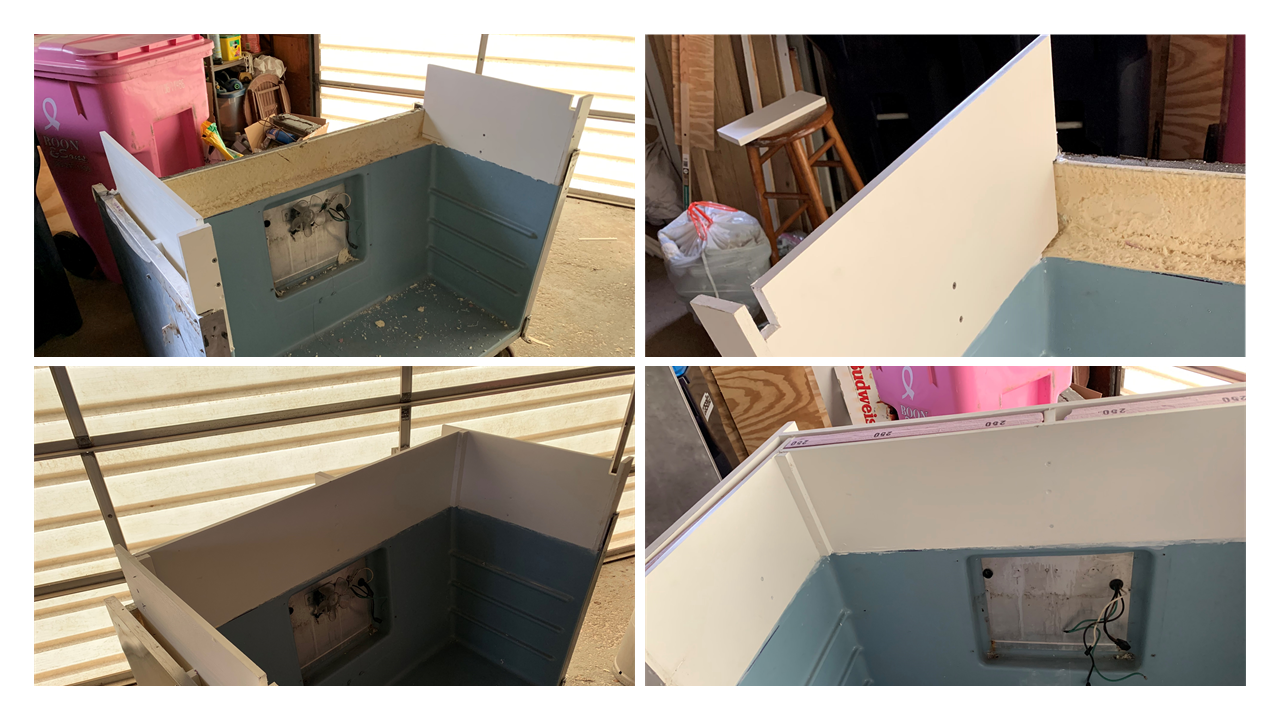 I reinforced the corners and made some center supports for the longer sections of PVC trim. After test fitting the foam board, I spray foamed the gaps and push fit the foam into place. One more coat of spray foam filled in the remaining gaps on top.I cutout a spot for the thermoelectric cooling module and then spray painted the inside. I then cut a piece of foam to fill on top of the fridge, which was caulked around the edges and a spray foamed on top, to fill in any remaining gaps. I put the stainless top back on and used self-taping screws to keep it in place. 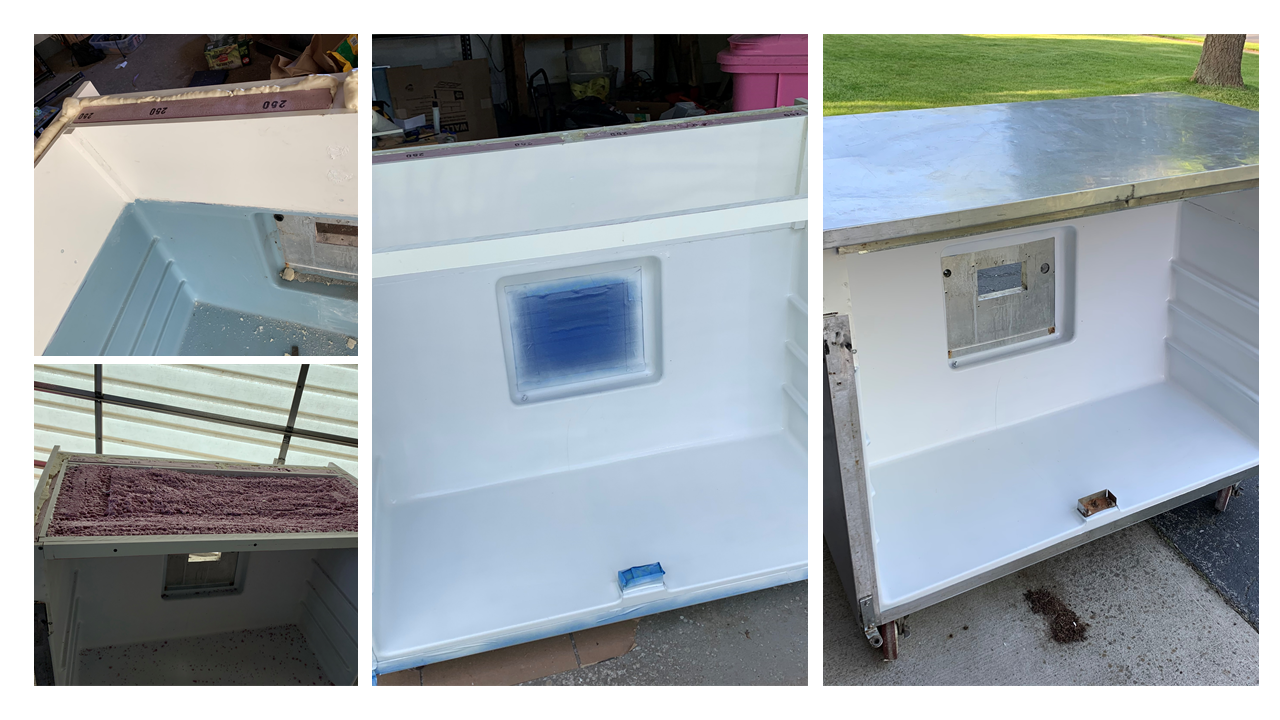 The fridge had a center divider but that was not longer tall enough to come to the top. Luckily there were two shelf supports that were the same width as the center divider. I bent the tabs up using my vice and sandwiched another piece of foam in between the two halves. This time I used rivets to connect all of the stainless together to give the center divider a much smoother look. 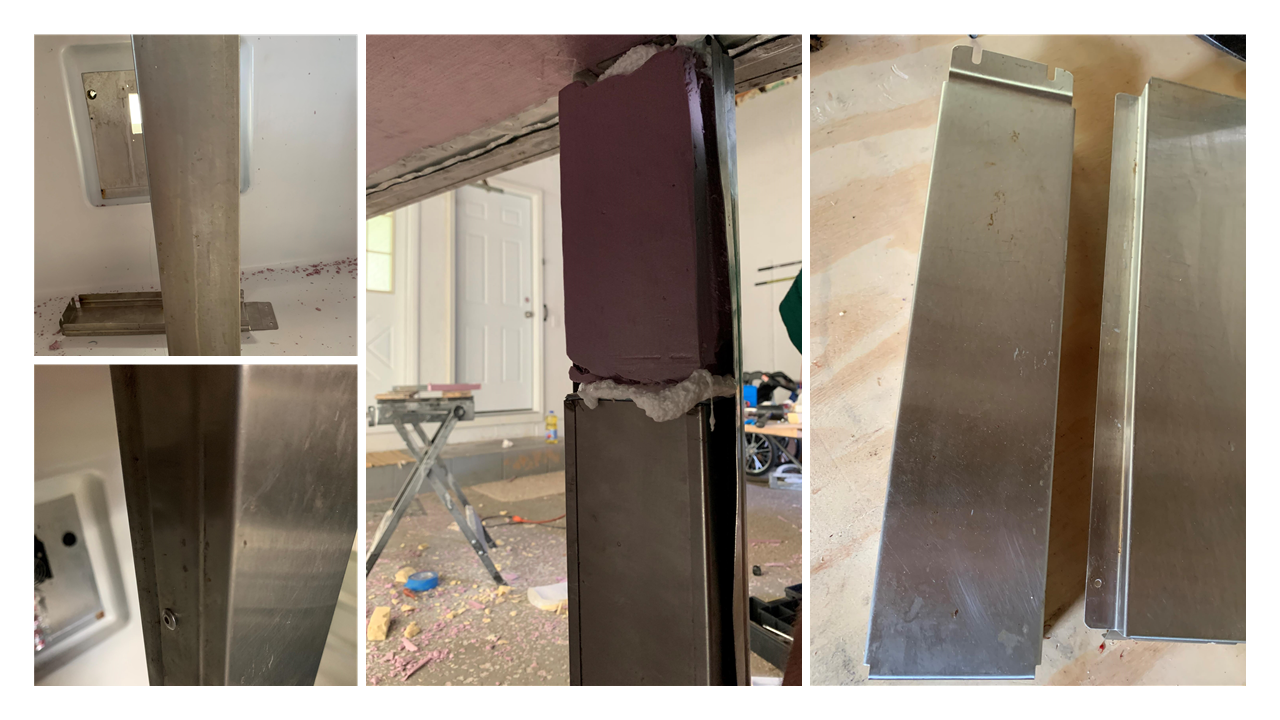 For the doors, I decided if I could find a door or two that was close in size to the ones I had and take either the top and/or bottom off of it to make a “Franken-Door”. We have a used restaurant equipment store nearby and the guy said I could come have a look. I had kept all the refrigeration components and I asked he wanted those, and he said to bring everything with. As luck would have it, there were two doors that we the exact same size as the ones I had. I offered to trade all of the refrigeration components for the doors and the guy agreed.

After cleaning the new doors, I cut them to give me the height I needed while leaving enough overlap on the front and some tabs on the side so I could attach them to the old doors. I filled in the remaining gaps with spray foam and cut the gaskets to fit around the edges. 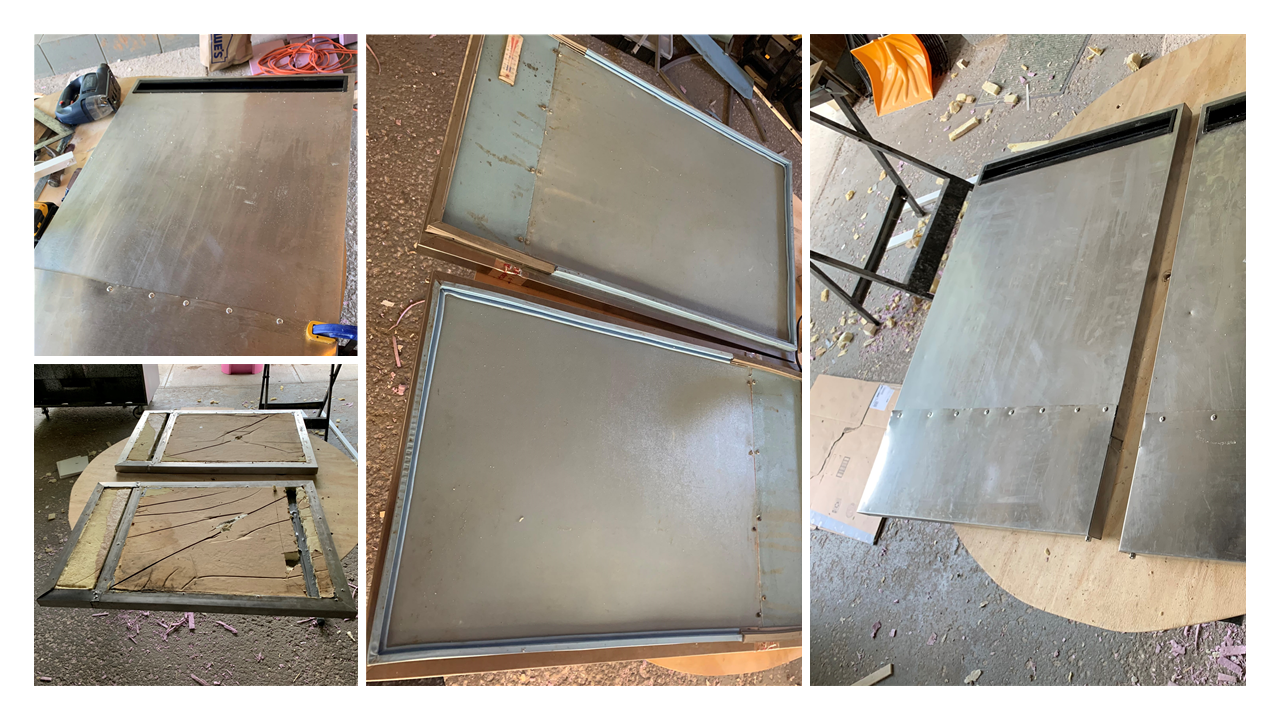 I installed the thermoelectric cooling module, the RTD and temperature controller. 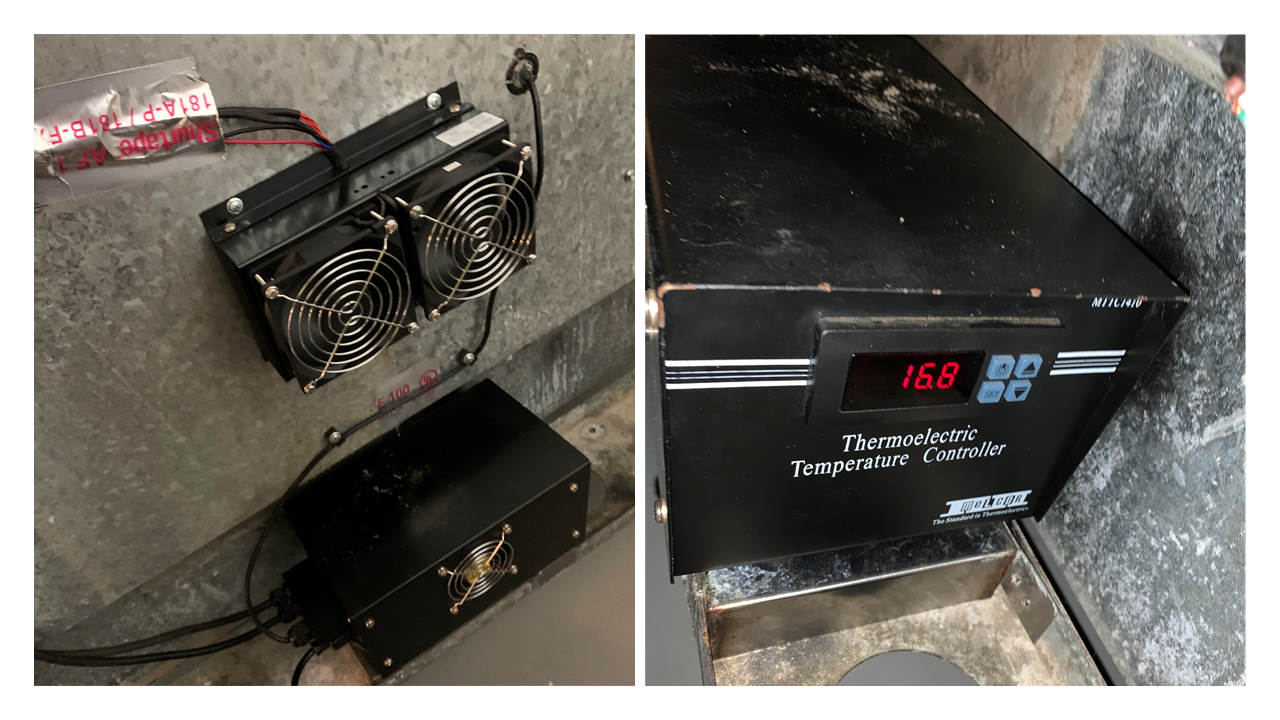 The doors didn’t quite shut on their own, so I got some grab latches to keep them closed. 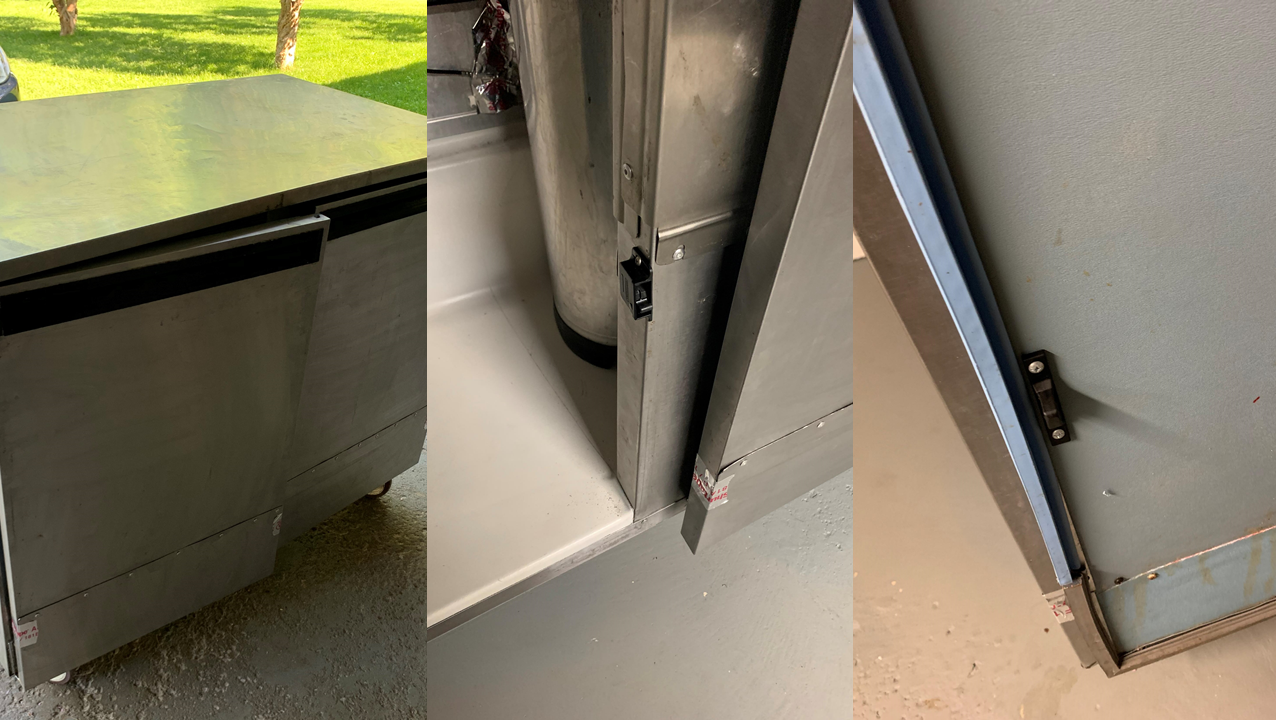 After playing with the settings on the temperature controller, I did some test and the chamber performed fairly well and can cool down a sanke keg 10F/hour. I tried it out recently on a batch of beer and I attached the RTD and an independent thermometer to the sides of the sanke keg. The temperature never rose above 73F and my set point was at 69F. Here it is bubbling away. 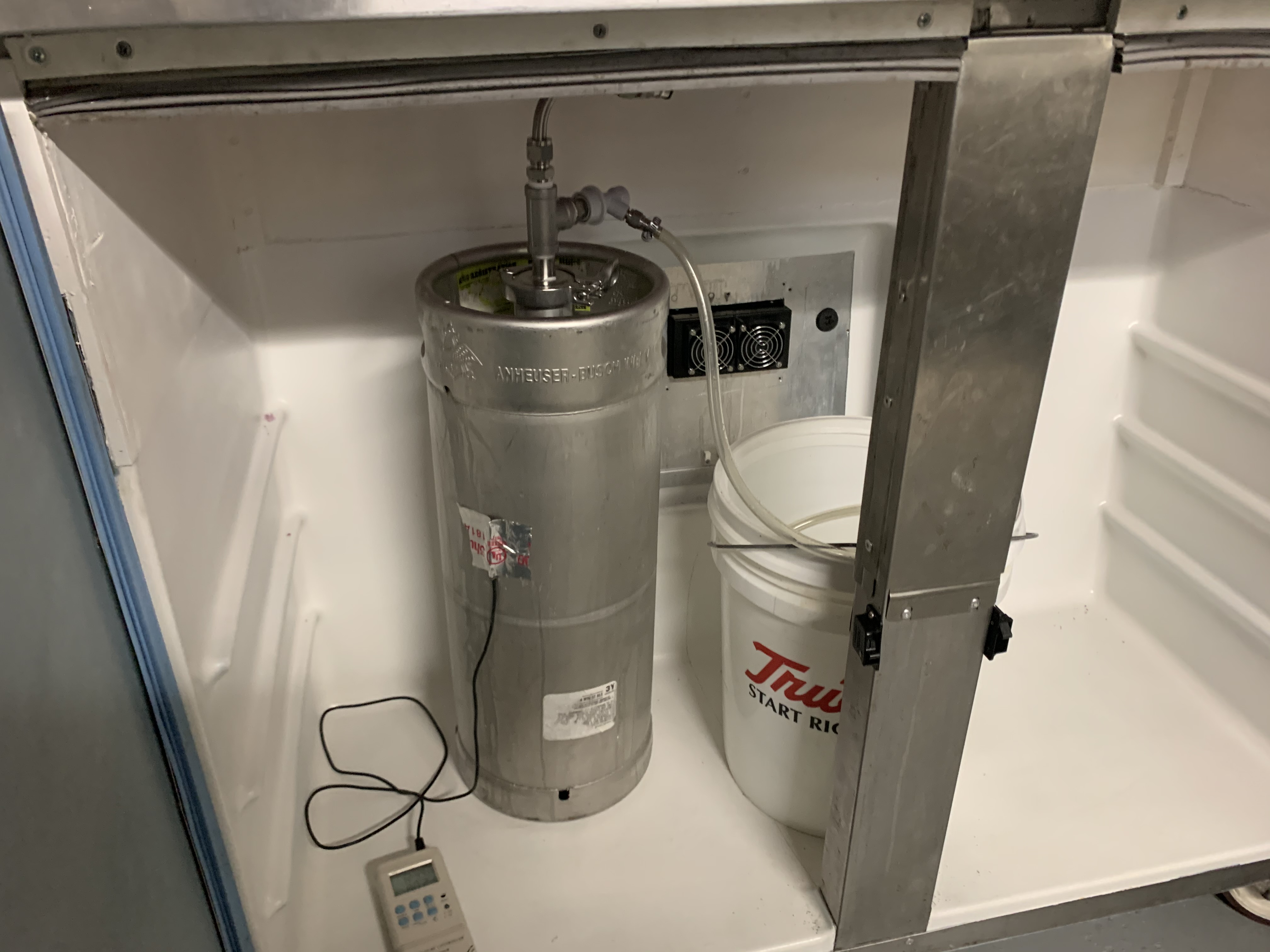