The Why and How of Entering Homebrew Competitions

Some may ask why any self-respecting homebrewer would pay to enter beers in a competition. You make what you like and sure, we all like to share our homebrew with friends and relatives but that’s quite a bit different than PAYING to give away your beer. Each of us brews for a different reason and perhaps you have no interest in entering a competition and that’s fine. But just as we all brew for different reasons, many of us have our own reasons for entering competitions. This is by no means a comprehensive list and the order is only roughly by most popular to least popular reasons to enter a competition for the average homebrewer. Here’s my list: 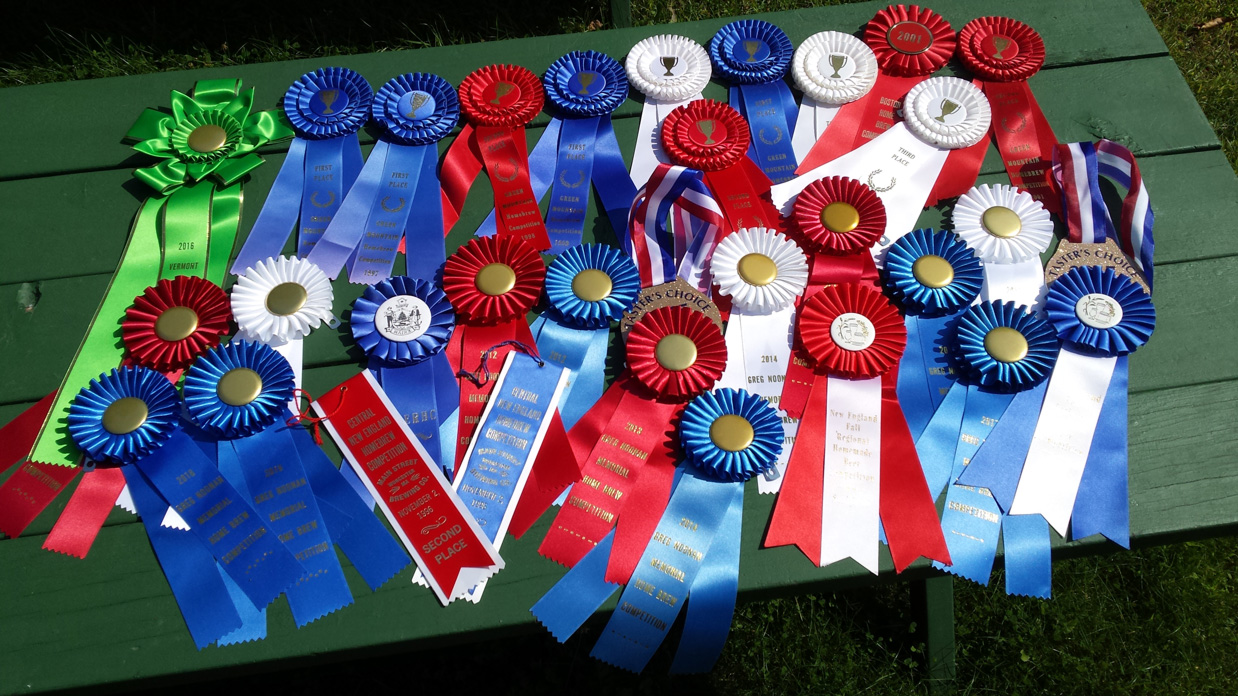 To feed your ego. Ribbons = bragging rights. If ribbons are what you’re after then make sure you don’t have a fragile ego because you may end up being resentful of those ribbons you deserved but didn’t receive. To help boost your success, try entering some of the less popular categories such as Historical Beer, Standard American Beer, International Lager and German Wheat Beer. For me, this is the least satisfying of all reasons to enter a beer and yet is why many think that we enter competitions.
Feedback. It’s extremely helpful to get good feedback on your beer but you should also know that every judge isn’t going to pick up every nuance and every flaw in your beer. We’re human and we’re doing our best but all judges are not created equally. Enter the same beer in a few different competitions to get a better feel for the strengths and weaknesses in your beer. Remember you’re essentially asking the question: is my beer to style? Don’t ask the question if you don’t want to hear the answer. If your beer doesn’t score well it may still be a great beer, just not to style. If you get a low score it doesn’t mean you’re a terrible brewer or a terrible person. It’s just feedback about beer, don’t attach more meaning to it.
Experiments. Maybe you’ve done some experiments such as brewing a Vienna with ale yeast. You’re pretty sure you can detect some esters so do you enter it as a Specialty Mixed-style beer or as a Vienna? Why not enter it in each category? Some find this practice objectionable, especially if the intent is to try and get as many ribbons as possible. But this is a great way to find out if those esters really are coming through in your beer and help you hone your skill at entering the right beer in the right category. On top of that you’re getting feedback on your beer that presumably has been treated the same (stored in the same area pre-competition for the same amount of time). You’ll see if different judges pick up the same high or low points of your beer.
Validation. Remember “free beer always tastes better than beer you buy.” OK, that’s not always true but that’s what I say when folks tell me I should open my own brewery. Yes, you get the same reaction when your friends taste your homebrew. We love sharing our beer and love hearing how great our beer tastes. For some, that’s enough validation and I’m envious if that’s you. For me, I’m looking for more. I’m pretty sure that every beer I make, no matter how much my friends and I enjoy it, could be better. Instead of constantly bugging my spouse and friends with ‘But what don’t you like about this beer?’ when all they want to do is just relax and enjoy a beer, I get validation from entering beer in competitions. The judges are the honest critics and even though they too are drinking free beer they’re judging beer, your beer. Their job is to give constructive feedback, not to play you and tell you that your beer is wonderful. If you’re striving for excellence in your brews and don’t feel your palate is refined enough yet, feedback from competitions will get you on the road to making better beer.
Move out of your comfort zone. Why not? You don’t have to tell anyone you’re entering a competition. So you don’t believe in brewing ‘to style’, that’s fine, there is still a category for your beer in a BJCP competition. Really. There are several categories where almost anything goes and as long as it’s balanced and drinkable, it’s worth entering. Category 34 ‘Specialty Beer’ has three subcategories to catch all the beers that don’t fit into any other category. At the very least, moving out of your comfort zone by entering a beer in a competition will give you a new perspective.
Challenging a friend. While I prefer to compete with myself when it comes to brewing, it can be fun to challenge a homebrewing friend. Each of you enter the same style of beer and see which of you gets the higher score. This assumes the same judges will score both of your beers. So with that in mind you may want to look at the less popular categories like Historical Beers. Categories that tend to have lots of entries (IPA, stouts, porters) will often be broken up and judged by different panels of judges. Ideally you want both beers to be judged by the same panel of judges. In addition, look at entering a smaller competition, say less than 300 entries for the ‘friend challenge’. 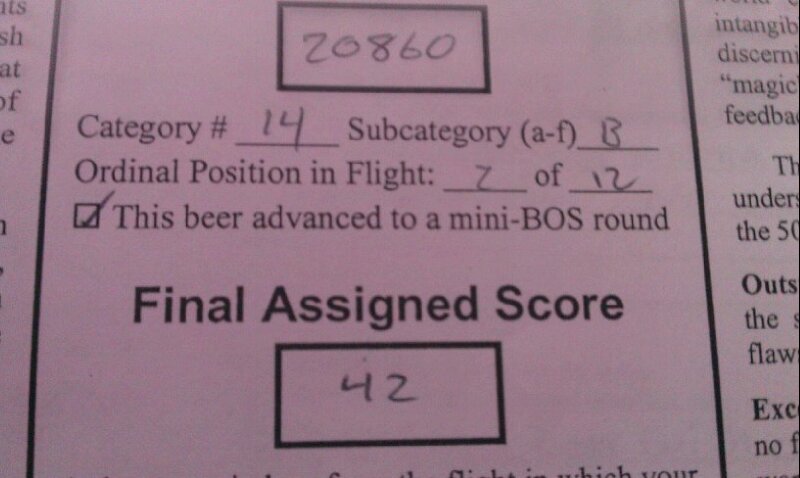 Challenge yourself. Compete against yourself and see if you can top your last attempt. Can you take the judge’s comments, put them into action and brew a better beer that gets a better score or higher placed ribbon at the next competition?
No turning back. You’ve done #7 and now you’re hooked. Now you want to place in every category/subcategory. Now you want to get 1st place in every category at this small competition. Now you need to do it at a larger competition. Does it ever end? Unlikely.
You’re a BJCP judge. Please judges, enter a beer at least once a year. It keeps you connected. It’s a gentle reminder of how to word your scoresheets to be honest, kind and helpful. That’s what entrants are paying for so give them a good value for their money.
Being part of the homebrew community. I love being a part of my local competition, from bottle sorting to judging, to just hanging out and cheering on others when the ribbons are handed out. Having entered beers makes the experience even more fun, ribbons or not.
Have I convinced you to enter? If so, read on:


How to Enter Homebrew Competitions 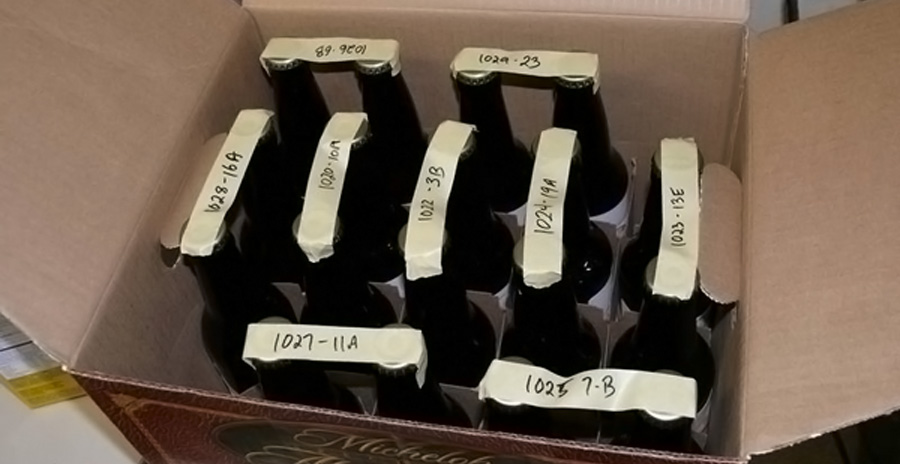 Enter BJCP Competitions for feedback and compare their tasting notes to your own.
So you already know that entering a beer in a competition is about nailing the style. But the new BJCP style guidelines also stress balance and drink-ability for every beer. So you have a very well made and drinkable beer that you want to enter but which style to pick? First, read the style guidelines.
This isn’t the time to be stubborn and confined. For example, just because you were trying to make a DIPA doesn’t mean that it tastes like a DIPA. It’s the time to be analytical and creative. You taste it and it’s a really nice 8% ABV beer, really nice American hop aroma and flavor but more malty with some crystal malts giving it more of a malt backbone than a DIPA but not so much that it’s like a Barleywine. It’s still a great beer but if you’re being honest with yourself, you know it doesn’t taste like a DIPA. You can be stubborn and just enter it as a DIPA because that’s what you wanted to make or you can look for a marketing do over. If you look over the BJCP guidelines, you’ll see that your ‘DIPA’ is really an American Strong Ale. Do this for every one of your beers that you want to enter: be honest, analytical and creative. Look at every possible category that your beer could fit into and keep an open mind.
If you look at the bottom of almost every BJCP beer category there will be a list of good commercial examples of the style. Do you know what those commercial examples of the beer style you’re entering taste like? You can skip the next part but it’s the really fun optional part of getting ready to enter your beer in a competition. In addition, it really helps you learn about different beer styles.
Get a bottle of a few different commercial examples from the list at the bottom of the style guidelines and sit down to a blind tasting of your beer and the commercial examples. Invite some fellow beer enthusiasts to participate in the blind tasting. Can anyone pick out your homebrew among the commercial examples and if so, why? Do all the beers taste like they’re all the same style? Which beer do they like the best and why? Which do they like the least and why? Now if your beer seems to style next to the commercial examples then you’ve figured out the hardest part of entering a competition.
Go ahead and enter your beer and good luck! But remember, it’s only beer and it’s supposed to be fun!

After judging hundreds of homebrews you start to pick up on trends. Judging is a crash course in beer education. Think about it - you taste around a dozen different homebrews in rapid fire succession while thinking critically and writing useful feedback about each one. You learn a lot - the hop varieties brewers are using, the angles they are taking on classic styles, and yes, even their flaws. There's a constant debate about whether or not you should enter competitions. Sorry, this article isn't going into that (maybe another time).... 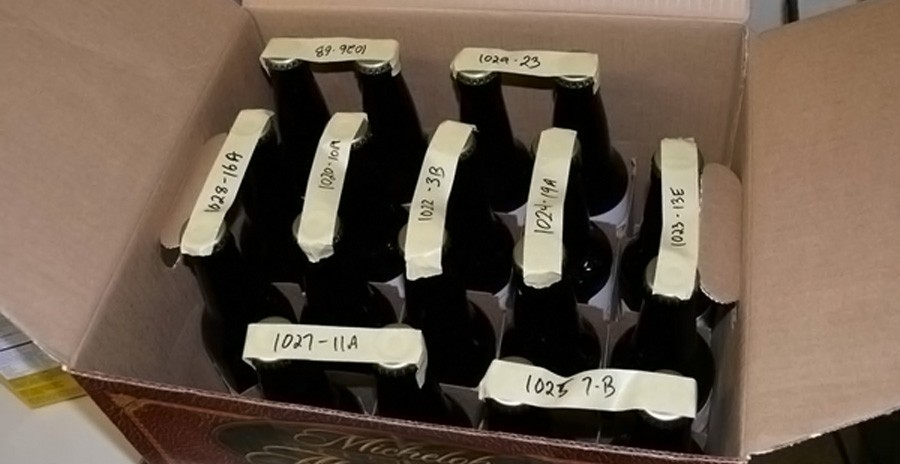 The reason I stopped entering competitions is because I wasn't getting feedback. Most judges just checked a few boxes and wrote a score or if they did have comments, it was impossible to decipher the scribbling.
M

Will is right. You rarely get meaningful feedback on beers entered in competitions. The best ways to get honest feedback are blind judging at a homebrew club or a tasting group with friends.
N

The article seems to be missing an actual explanation of the "how"...
M

I've found that to be true in smaller competitions that don't really have good judges. Enter the competitions with certified judges and you normally get more written comments. Try the National Homebrew Competition if you realistic feedback.
A

Can I enter mead beer?

How did our Homebrew Do? – BJCP Competition Results for El Paso County Fair 2022

Ready for your next Homebrew Competition? 🍻🏆