The Latest On Craft Soda

If there is a topic that is not up for debate, it is that craft beer is a mighty beast, and there is nothing stopping this beast from barreling down most any other alcoholic beverage. What can be debated, however, is the legitimacy of craft soda and its uprising. Some see craft soda riding the waves of its craft brethren and setting itself up for a craft movement of its own. Why else would a company such as Pepsi create lines of craft soda such as Calebs or Stubborn Soda unless they truly saw some glimmer of a brighter future at a time when soft drink sales are plummeting? Is there any truth behind this movement, or is it only a pipe dream? 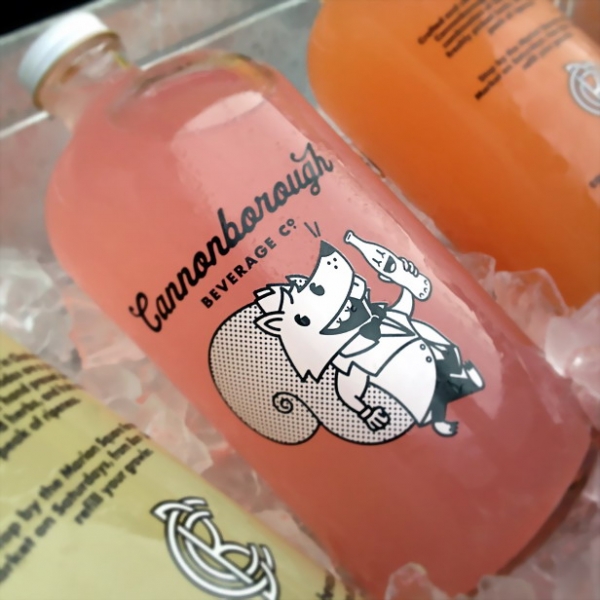 Craft Soda Is Here To Stay
It doesn't jump right out at you, but craft soda is everywhere. Companies like Boylan Bottling are now appearing in Arbys. Reeds ginger ale is appearing in Binnys and World Market locations nationwide. Both are companies that pride themselves on being craft. Speaking from experience, I can tell you that Boylan makes an orange soda that makes you question if you are drinking a soda or a carbonated orange juice, and they both use the secret craft soda ingredient: cane sugar. Does this mean that craft soda is on the rise? Since it is becoming more readily available, does this mean that craft soda has a future in the promised land? Personally, I don't believe this. At least in part.
The current state of the craft soda industry does not reflect that it has a future that matches that of craft beer - not right now, at least. I believe that what lies ahead for craft soda is what makes its future look so bright. It is the up and coming brewers who are going to revolutionize what we see as craft soda.
About a week ago I set out to find the quintessential craft sodas; the products that would help push soda onto the next tier. I wasnt going to be able to find this just by looking in the immediate Chicagoland area that I live in, so I set out to make my way through states like Kentucky, North Carolina and South Carolina that held hidden soda gems. It was here where I found soda that deserved to have the label of 'craft.' 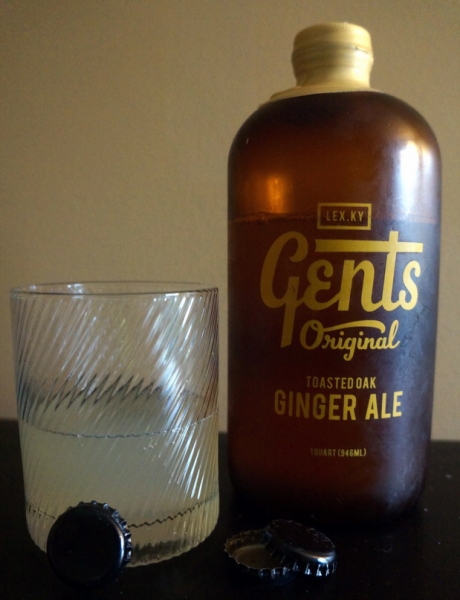 Toasted Oak Ginger Ale Is But One Example
The first soda that I found was Gents Toasted Oak Ginger Ale in Lexington, Kentucky. In the state where bourbon is king, Gents decided to take a different route and use toasted oak to give ginger ale a new twist. Sold in a very classy 32oz growler sealed with wax, Gents looks the part of being craft. But when you taste it, you realize that the presentation isnt just a gimmick. Gents gives you the earthiness of ginger with a lovely oak-y finish. Whether or not you drink this straight, or use it to make a killer Moscow Mule, it cant be denied that Gents knows how to step it up when it comes to ginger ale.
The next soda I came across was made by a company known as Brood Soda. The first thing that catches your eye about this company is the bottle, which is identical to that of Duvel. The next thing that pops out at you is the simple and weird flavor names on the labels. Sweet, Smoky, Sour, and Spicy, followed by flavors called Devil, Ram, and Wolf. What each lacks in complexity in the name, it makes up for in flavor. A flavor name as simple as "Sweet" has ingredients such as lemon juice, orange juice, key lime juice, and distilled orange blossom. "Spicy" has Thai chili peppers, ginger, and clove as ingredients, and is described as being bold like whiskey on the product's webpage. Although the names may lack uniqueness, the flavors that these sodas pack into each 330ml bottle are absolutely astonishing. 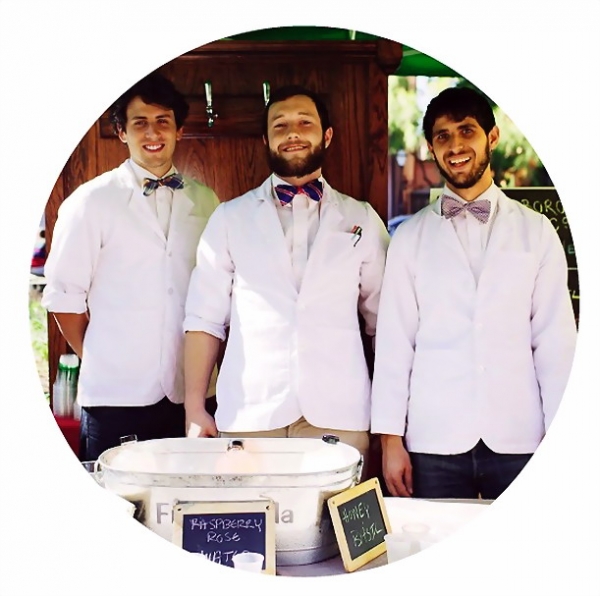 Crafting Delicious And Interestingly Different Flavored Sodas
One of the last stops I made on my trip (and my favorite stop) was to Cannonborough Beverage Company in Charleston, South Carolina. They make craft soda flavors like Honey Basil, Grapefruit Elderflower, and Lemon Laurel to name a few, and I had the pleasure of not only meeting the three owners of this company, but I also had the pleasure of getting to work with them for a short time and collaborate on a soda! It might be me looking through rose-tinted lenses, but Cannonborough was what assured me that craft soda has a future, and that it is a bright one. Co-owner Brandon Wogamon knows himself that people often laugh-off the idea of a craft soda revolution. He talked about how many people are so focused on the idea of what soda is now that they don't look at what lies ahead, or what is in the works at this very moment. 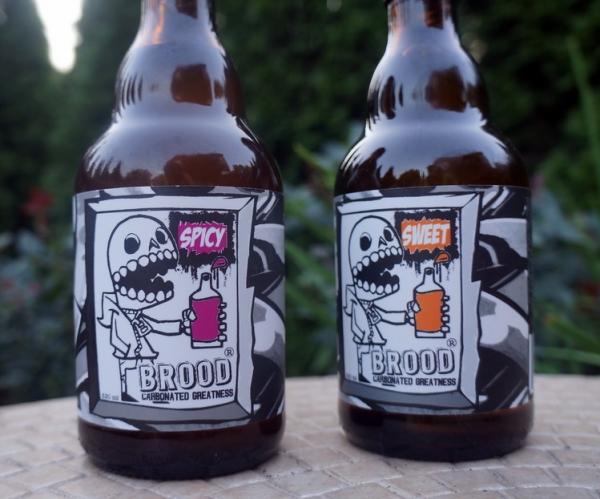 Craft Soda Available In A Town Near You
These soda-makers all believe that craft soda is something that will have its own rise, and the local businesses around them seem to agree. While walking through the downtown Charleston area with Cannonborough co-owner Mick Matricciano, we passed a plethora of business and bars that had their soda on tap. It was obvious that Mick was proud of what had been done, but also that he and the rest of the owners wanted more. They just opened their facility to craft their soda a few months back, and already they had mentioned how they would need a larger place once they scaled up. They see a future where craft soda can share the throne with craft beer.
Companies on the inside of the craft soda world see what the future holds. The time it might take to reach its peak could be soon, or it could be a slow process much like that of craft beer. Nothing is written in stone, but craft soda companies are sprouting up everywhere. Companies such as Tree Fort in Minnesota, Bucksnort in Idaho, Portland Soda Works in Portland, and Roots Soda Co. in Edinburgh, UK. These are only a small sampling of companies who see the potential in this field, and what may be soon to come.
//www.pinterest.com/pin/create/extension/ t=_self 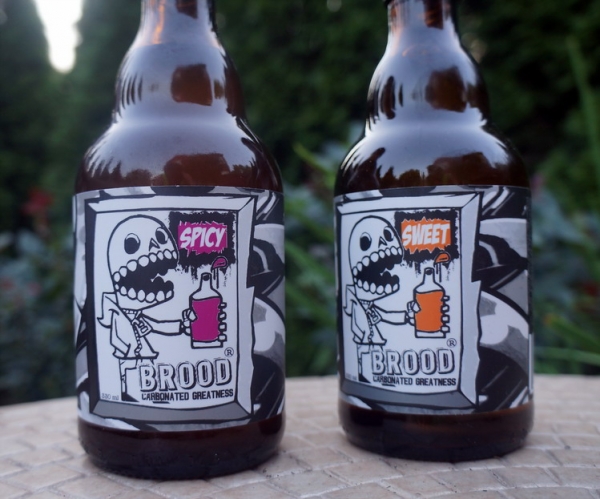 I agree that this is something that's already on the rise. I've read articles about local breweries delving into sodas and they sell just as well or better than their beers. I've heard that Sprecher brews more root beer than anything else combined, though I have no reference for the veracity of that statement.
A

@MrFoodScientist
I like Sprecher's ginger ale. about half as sweet at most, with honey, a hint of vanilla, and oak aged.

Enjoyed some offerings from Cannonborough a few months back at the Columbia Farmer's Market. Their grapefruit soda with a Cascade hop cone on top really hit the spot. Great guys too.
B

Sprecher's cream soda is the best I've had.

Here in Colorado we have a few but the Rocky Mountain Soda company is the best. They have a bunch of different flavors, grape, root beer, ginger beer, prickley pear, but the best one is the Cola. It is nice seeing this stuff at restaraunts since my wife doesn't drink. She enjoys trying out the differnt ones that are out there, and I usually steal a sip from them to make sure they are good enough for her. One of the ways I show her that I love her.

This space for rent.

We are planning an old fashioned soda fountain in our little town. Being a brewer, I naturally thought of making our own sodas. I am happy to see that craft soda seems to have a bit of a following already. Maybe I'll get on top of this wave

I am currently offering a strawberry basil shrub, a chili and lime, and blackberry and a balsamic shrub for hand crafted sodas at my restaurant. Until I read this article I have been pretty unimpressed with the lack of imagination in the commercially available products.
B

Does anyone know the hoops to jump through to brew your own soda in a brewery and sell it? I’m in WV and having a difficult time getting any direction on this.