Sometimes when you're trying to figure out what to brew next it can really pay off when you break away from the pack and head out into the unknown, searching for new, or in some cases a long lost beer style. I did just that one rainy afternoon after reading an article about Ballantine IPA being resurrected by Pabst Brewing. Immediately my mind began racing, conjuring up images of beers like Rheingold, Schaefer and Ballantine on the shelf of my family's refrigerator when I was a kid. Of course back then I was way too young to buy or drink beer but thinking back my father always seemed to have a well stocked refrigerator filled with those best selling beers. 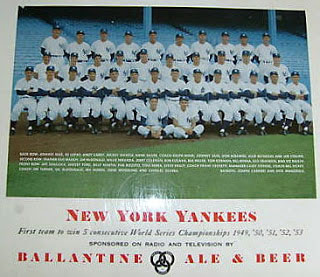 Coincidentally I had just met Al Buck of East Coast Yeast the week before and found out that two of his yeast strains had been cultivated from slants made from the very same yeast used by Peter Ballantine in their now defunct Newark NJ brewery. The strains are sold as ECY-10 Old Newark Ale and ECY-12 Old Newark Beer and both produce crisp clean tasting beer with plenty of attenuation. There was no turning back now that I had the yeast, a key ingredient in any beer all I had to do now was find the recipe. 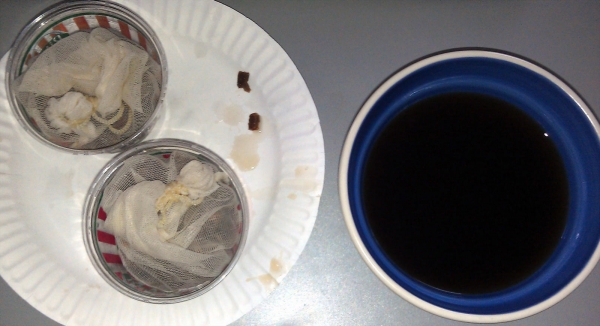 Searching the internet got me pretty close to finding the original recipe, well actually it was more like someone who knew a guy that worked at the Newark NJ brewery back then delivering beer to local bars. Ok maybe not the most reliable source for a recipe but further research did reveal insight into the grains, hops and conditioning methods available to the brewery in 1954. According to some historical records Ballantine malted their own grains which more than likely were six row and the hops they used for making their hop oil extract were Bullion, which I couldn't find at my LHBS. Other accounts mentioned that adjuncts were also part of the ingredients used most likely hammered corn, corn sugar with a small percentage of Crystal 60L thrown in. Who am I to argue? I couldn't tell you what Ballantine IPA tasted like back in 1954 and all I had to go on were the accounts of bitterness in IBU's, alcohol content and color based on information published on the internet.

I can't imagine how Ballantine managed to condition their beer in wood lined tanks for a year before bottling it, by today's standards that seems like an unbelievably long time. This is where the experimental brewer comes into play, just like John Hammond from Jurassic Park I had to fill in the blanks by using ingredients and processes available to me today in 2014. I ended up with a recipe that substituted Brewers Gold hops for the original Bullion hops and toasted oak chips to simulate the year long conditioning in those famous wood lined tanks (which I read somewhere may have actually been lined with tar). I can say without hesitation that the beer produced by this recipe has become one of my all time favorites and one I can't wait to add to my brewing schedule again.
Bach Size: 5.00 gallons
Estimated IBU=52, SRM=11, OG=1.071, FG=1.018, ABV= 6.9%
10.75 pounds Six-row (US)
02.00 pounds Flaked Corn [Briess]
01.00 pounds Crystal 50-60L (British)
01.00 pounds Corn Sugar (15 minutes before flameout)
1.00 ounce Yakima Magnum pellet hops boiled for 60 minutes (FWH)
0.25 ounce Brewers Gold pellet hops boiled for 25 minutes
0.25 ounce Brewers Gold pellet hops boiled for 15 minutes
0.50 tab WhirlFloc boiled for 15 minutes
0.50 tsp. yeast nutrient boiled for 10 minutes
1.00 ounce Brewers Gold pellet hops boiled for 5 minutes
1.00 ounce Brewers Gold pellet hops boiled for 1 minute [Knock out]
260 Billion cells of East Coast Yeast ECY10 - Old Newark Ale
Mash at 150 F for 60 minutes
Oxygenate the wort pitch at 65 F and ferment at 65 F until final gravity
Dry hop and add roasted oak chips a week before packaging the beer
Take 2 ounces of American Oak Chips, cover with water and soak for 90 minutes
Spread the chips evenly on aluminum foil in a toaster oven until chips are toasted
Put the toasted chips in a small pot cover the chips with a half inch of water
Boil the water and chips for ten minutes, let cool and add to fermentor
My attempt at experimental brewing did produce one really nice tasting beer. I don't know if it tasted anything like the 1954 Ballantine IPA version or not, it may have, but the entire process was a whole lot of fun. If you're interested in beer brewing history spend the next rainy day designing an experimental beer, you'll be surprised at the results you can get.
Vince Feminella [aka: ScrewyBrewer]
www.thescrewybrewer.com
[email protected]

Nice write up, enjoyed it!

"Dry hop and add roasted oak chips a week before packaging the beer"
Did you dry hop with hops? or are you calling the addition of Oak Chips dry hops because of when you added them?
I did not see any Hops listed as dry hops?
M

Way back when, my family on my mom's side owned Diehl Brewery in Ohio and I've been trying to basically do the same thing that you did here by brewing a clone of one of their more popular beers, their "Centennial Beer" or "Five-Star Pilsener".
From what I've researched it looks like someone did an anniversary beer in '95 so maybe I'll be able to contact someone that was involved in that.
Thanks for the inspiration!

@CBelli you are correct, the dry hop term is a bit confusing, the aroma hops were added at knockout only the oak was added to the hop sack.
M

Great article. Lots of useful information/advice. And thanks for sharing your recipe.

As someone who shares a last name with this beer, I approve.

Curious about the whole treatment of the oak chips with the boiling, etc...
Why did you do all that, and did you also add the water you boiled them in? I figure that even if you were concerned about contamination, the whole toasting process would have taken care of that.

@biochemedic good questions, after cooling I did pour the sanitized oak water into the beer along with the hop sack filled with oak chips. I didn't want to risk the entire batch to a potential heat resistant bacteria or anything. I did know that a prolonged boil had a very good chance to seep inside the wood pores to kill off any nasties, just being a little suspenders and a belt kind of cautious I guess.
M

I'm no atheist scientist, but...

Ballantine is coming back. Watch for it soon

It's up here
And a nice beer

@jschein, "It's up here" is a bit vague. Are you in Denver? Canada? Santa's village? the Space Station? Tatooine?

@ScrewyBrewer, certainly nothing "wrong" with your method, but I was wondering if maybe you were trying to strip out the oakiness a bit...I've oaked a few beers along the way, and with the chips, I've found that an ounce is plenty. Was wondering if you were using the boiling as a proxy for "aging" the oak...
P

Bill Pierce wrote an article about Ballantine IPA with a clone recipe that was published in BYO (I think) a little while back.

@biochemedic no the boiling was purely to sanitize the oak, and as a by product produce a 'toasted oak soup' that added more flavor to the beer. When it comes to flavoring beer it's trial and error to know when you've added just enough. The longer the oak soaks in the beer the less chips you use, for shorter soaking times increase the amount chips.
I didn't get a cloying amount of oak flavor in the finished beer, but based on personal preferences increasing or decreasing the amount of oak chips, or their soak time, is a great way to experiment with how much oak flavor you like.

For future information, Bullion hops are available at Adventures in Homebrewing, among other places.

@Spartan1979 That's even better, thanks for sharing!

Fun read, makes me want to check out those yeast strains.
R

@motobrewer
I just had a Ballantine IPA on tap. I'm in Long Island, NY. It was pretty good although the abv was a bit high. Nice malt and decent hops without being over the top. More pine/resin/orange flavor rather than grapefruit (which I'm officially tired of).
Glad to see they are producing this again. I heard they tried to keep to the old recipe as much as possible.

@Refly thanks for posting about their latest IPA. The last I heard was that the Ballantine IPA was marketed by Pabst Brewing Company and the brewing outsourced to the Miller Brewing Company somewhere in Texas. I'll be keeping an eye out for 'The Three Ring Sign' next time I stop for a beer.