OK, so I got an SS Brewtech Chronical 14 gal BME (Merry Xmas to me ).
Assembly went great, and I have been waiting a whole week for the inaugural brew.

I guess I assumed that the combination of the neoprene jacket and the kinetic energy of fermentation would all but guarantee that this thing would maintain its temps despite the ambient temperature. 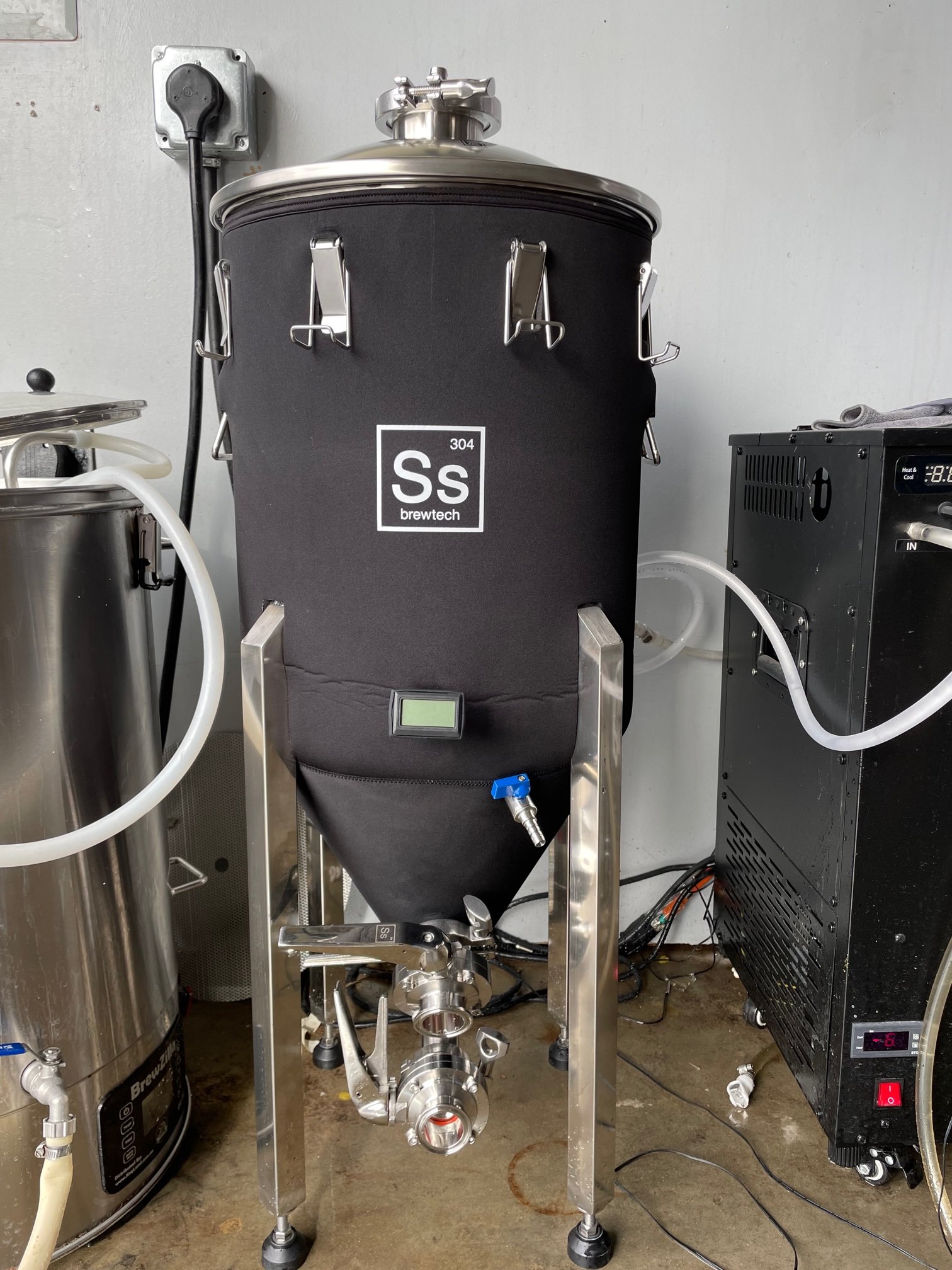 Like many home brewers, the garage is the natural choice as it provides a lot of space and makes cleanup far easier.
After two relatively mild winters in the Washington, DC area, we finally are having a bona fide January descending upon it.
By the time I was at knock out for my hazy IPA last night, the air temperature plummeted to 28 degrees. And I wasn't calculating that this stainless steel fermenter was probably pretty close to air temps...so my wort that had chilled to 75F racked into a chilly environment. Over a few hours, and with the door shut, the garage was 36F and the fermenter probe said it was 57F. Now, I have a glycol chiller that I bought last year...obviously that would do me no good. But I had to act fast because Conan yeast tends to be pretty dang poky below 60F...

So I dug out a random bucket I use for cleaning and filled it with hot (100F) water from the kitchen faucet, ran downstairs, and plunged into it an old aquarium pump that I used years ago for a swamp cooler setup. 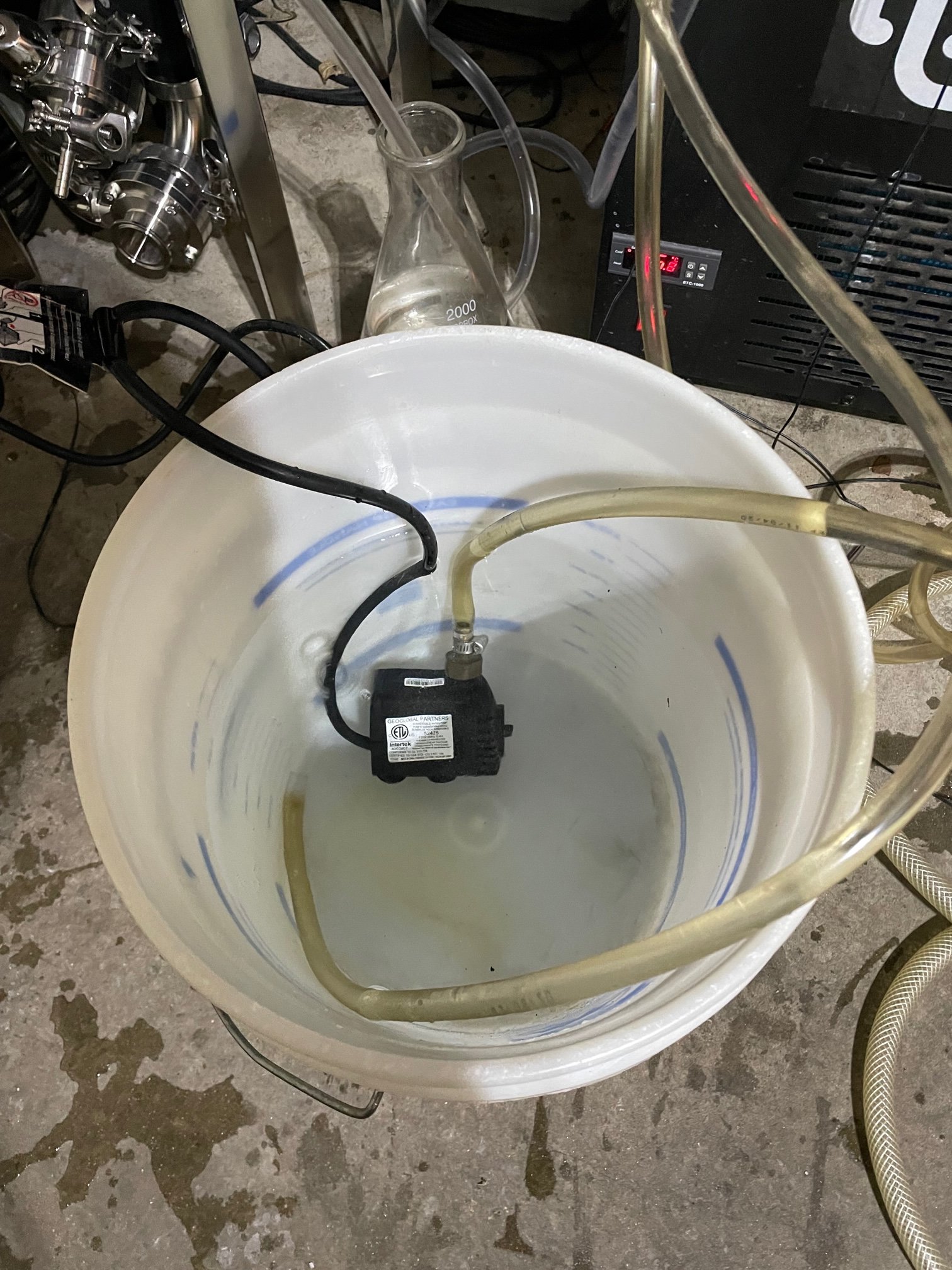 I then connected the lines from the pump to the input/output for the chilling coils of the fermenter. 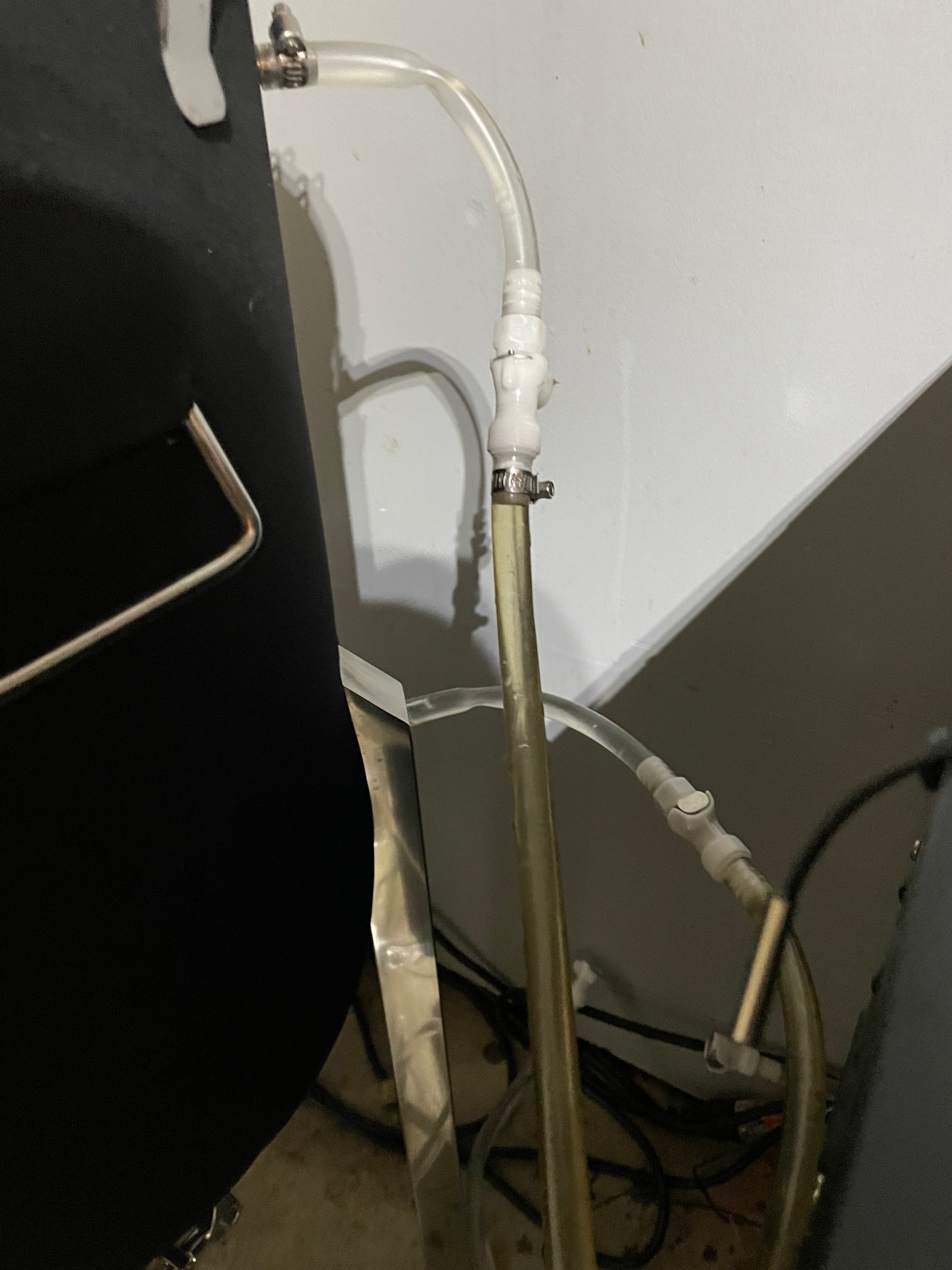 Voila. Bravo. Mah-voh-los. The temp rose quickly to 69F and stayed put for about 4 hours. The next morning, I refilled it and started it up again, but given that fermentation kicked off, I set up an Inkbird thermostat to control the pump.

Now...I know I could get a heating pad that would fit the cone of this fermenter at some point...but my garage is very rarely this chilly...I may try for this setup for a bit before I take the plunge on an SS Brewtech accessory.

Just thought I'd share this in-a-pinch setup. Cheers!
I

I use a 300 watt heater in my old 10 gallon kettle. A pump in the kettle connects to an inkbird.
In the 50 f ambient basement the aquarium heater can keep the water at 100f and the fermenter in the mid 90's without issue.
I'd like to find a way to automate the change over from heat/ chill using the same coil. The wifi inkbird makes it easy to change and monitors target temps while away but the move from heat to cold requires hands on with some hoses and plugs.