Kee said:
Two women were having drinks when one confesses. "Honestly, I am so afraid of getting pregnant that I don't enjoy sex like I used to.
"But I thought your husband had a vasectomy", said the other.
"Yes, he does. That's why I am so worried about getting pregnant".
Click to expand...

Home brewing to save money is like getting married to have more sex.

There I was sitting at the bar staring at my drink when a large, trouble-making biker stepped up next to me, grabbed my drink, and gulped it down in one swig.

"Well, whatcha' gonna do about this?", he says, menacingly, as I started to burst into tears.

"This is the worst day of my life," I said. "I'm a complete failure. I was late to a meeting so my boss fired me today. Then I went to the parking lot, I found my car had been stolen and I don't have any insurance. I left my wallet in the cab I took home. Got home and found my wife with another man and then my dog bit me."

"So I came to this bar to work up the courage to put an end to my life, I bought a drink, dropped a capsule of cyanide in it, and was sitting here watching the poison dissolve; then you show up and drink the whole thing! But enough about me, how's your day going?" 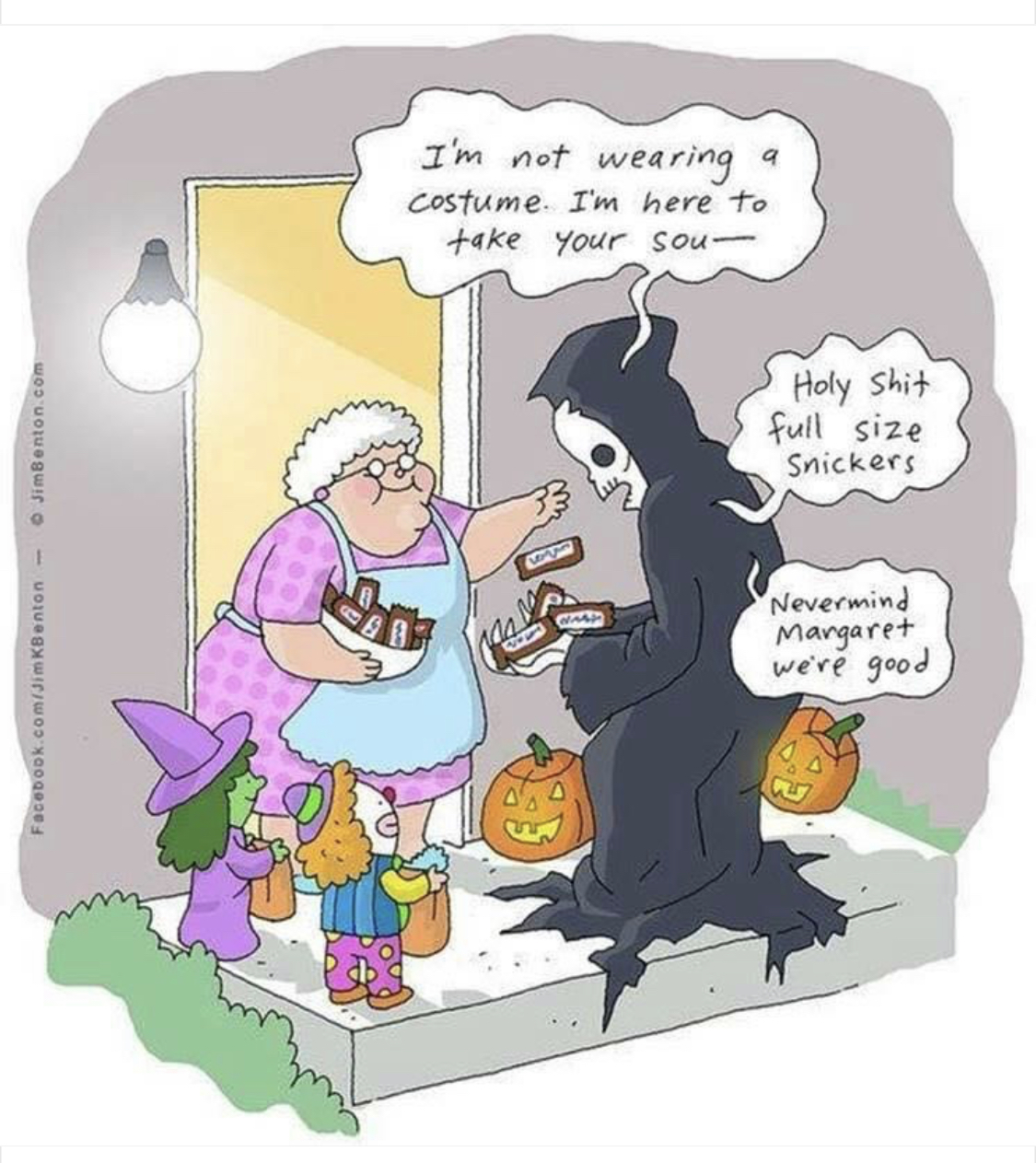 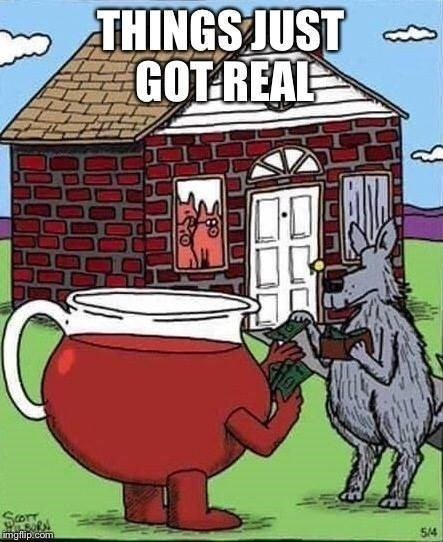 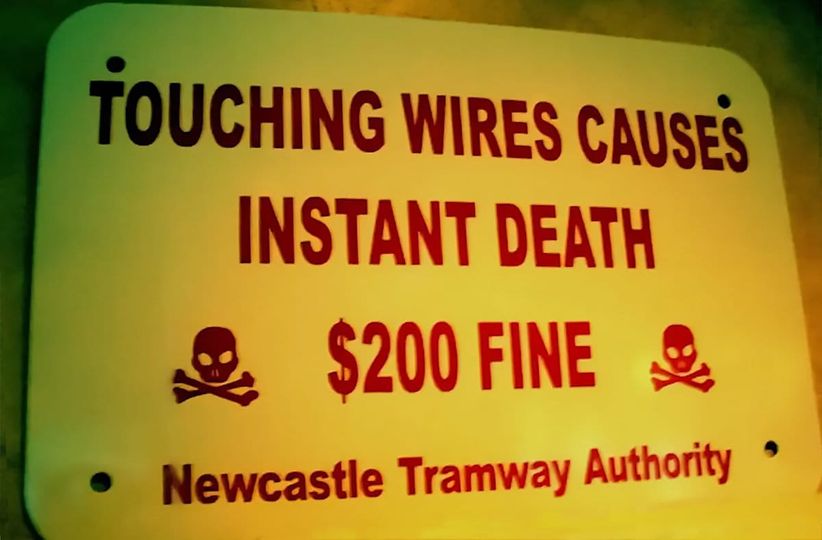 Ah, a death tax. Or a stupidity tax.

I broke up with my girlfriend of 5 years because I found out she was a communist...​

I should've known, there were red flags everywhere 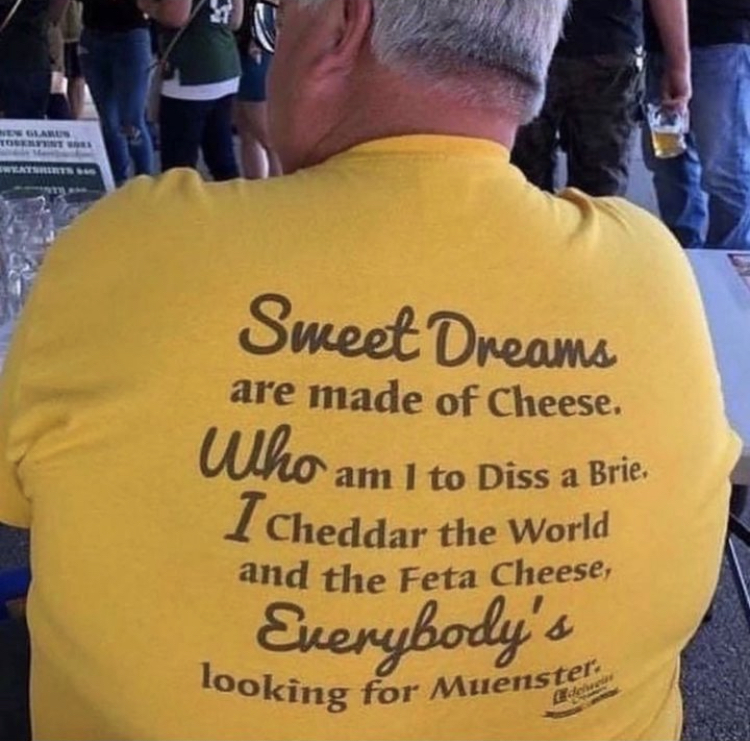 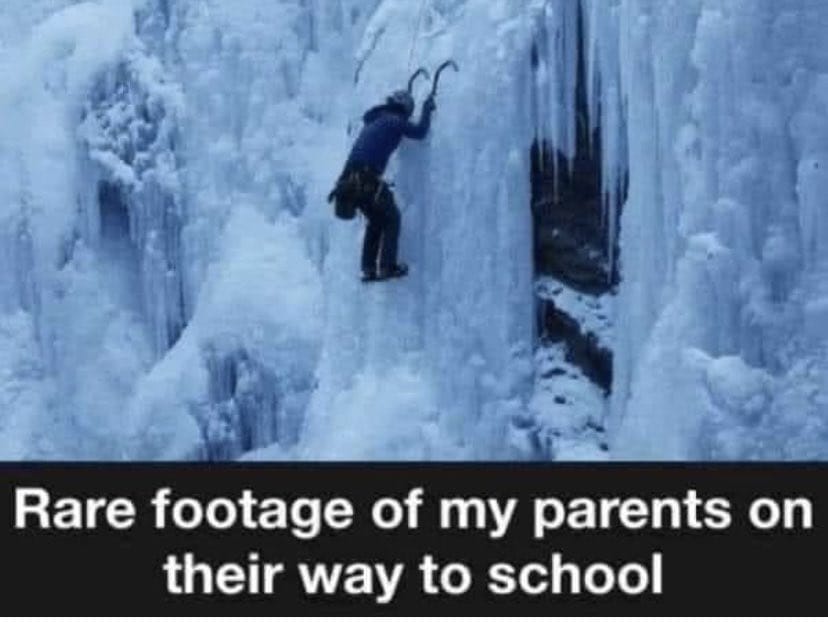 I thought I'd post a salty joke, then I thought, "Na, people won't get it."

balrog said:
I thought I'd post a salty joke, then I thought, "Na, people won't get it."
Click to expand...

A man walks into a pet store and asks for a dozen bees.
The clerk carefully counts 13 bees out onto the counter.
"That's one too many!" says the customer.
The clerk replies "It's a freebie"

When should single men put on a condom?

In every conceivable situation.

My wife accused me of achieving nothing so I told her, 'Well I won the Leslie Nielson award at school.'

'It's a big building with kids in it.' 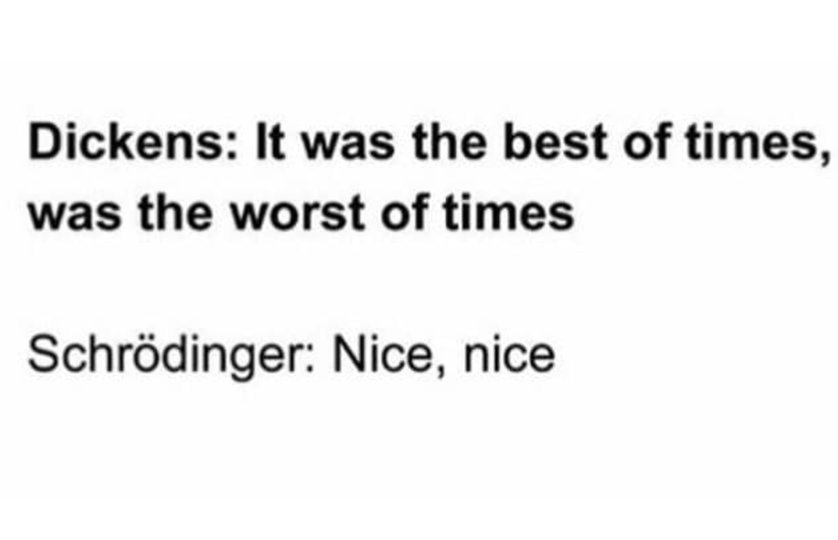 Last night in bed, my wife kept saying “I was born in 1892 in Bloemfontein and I wrote The Hobbit and The Lord of the Rings”​

She’s Tolkien in her sleep again. 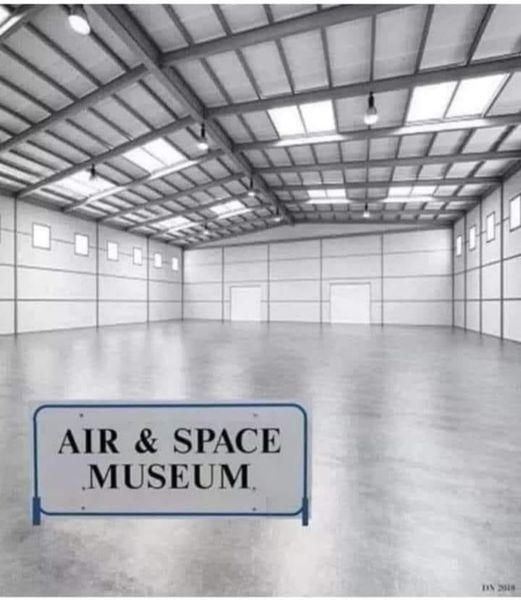 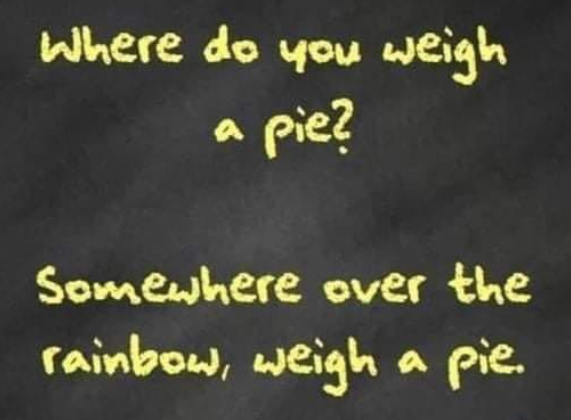 A newly-married couple wakes up on their first Christmas morning together...​

The wife kisses her husband on the cheek and says, "Merry Christmas, hun! Don't get up, I have a surprise for you - as your first Christmas present, I'm going to make you your favorite breakfast in bed... Eggs Benedict!"
"Wow, great!" says the husband, propping himself up in bed as his wife scampers away to the kitchen.
A little time and lots of clanging and cooking later, the wife returns with a beautiful plate of Eggs Benedict - fresh and steaming hot on a plate.
The husband smiles from ear to ear as he takes the plate from his wife, but gets a slightly quizzical look on his face when he notices that the plate is one he's never seen before. Instead of their usual dinnerware, this plate is a shiny, silvery metallic one.
"This is wonderful, darling!" the husband says, "But what's with the fancy plate, did you get it special for today?"
"Of course I did," beams the wife, "it's Christmas!..."
"... There's no plate like chrome for the Hollandaise!" 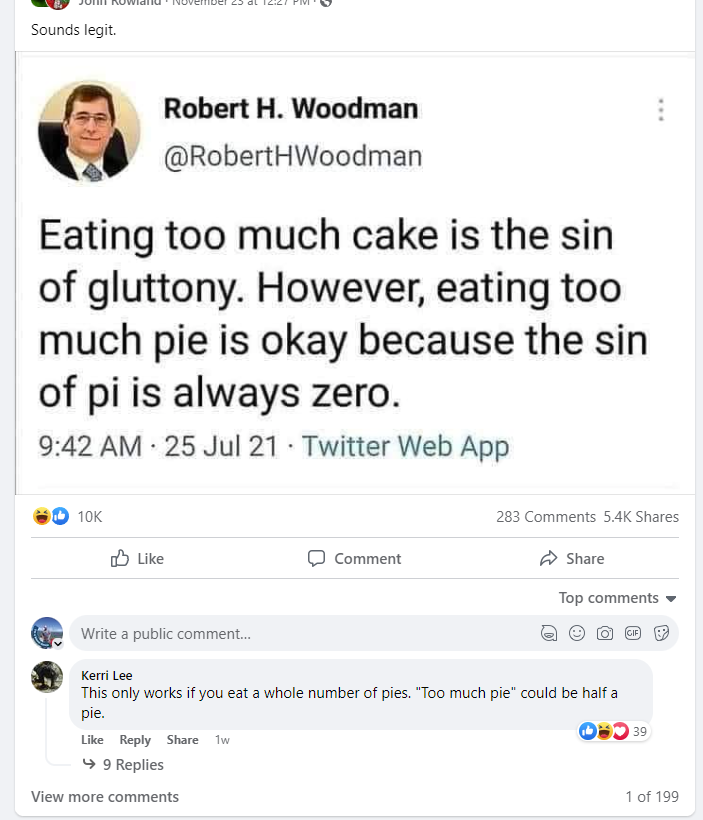 so wanted to post this in the begginer's sub-topic....

but knew i'd get it deleted there! was reminded of this thread, thought it'd be more fitting....

So a guy goes to the supermarket for some apple juice to make hooch, wants a 10 gallon batch. they only have 6 gallons of the cheap stuff, figure F'IT...i'll add water to top up, and use some extract, pure cane type to get the gravity i want...

now this guy isn't total loser! he has 4lb's of baker's yeast, but fins a pack of premier blanc in the fridge along with a pack of 05...says hell happy yeast make happy alcohol, and who doesn't want a friend to play with! pitches both!


Wonders, is this a sign, from his doctor, or god?

....welll, it seems to me to be more fit for Random Drunken Thoughts.

balrog said:
....welll, it seems to me to be more fit for Random Drunken Thoughts.
Click to expand...

balrog said:
....welll, it seems to me to be more fit for Random Drunken Thoughts.
Click to expand...

yoou're right, for some reason it just seemed like a joke at the time....

(you did just give a good idea for next time, buy a bunch of Frozen AJ conc, instead of the table sugar...!)

I asked my dog what 2 minus 2 was.
He said nothing. 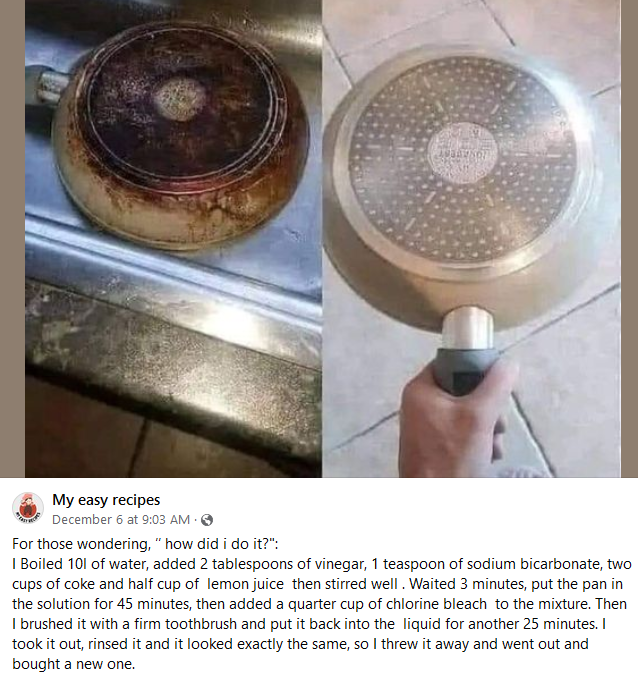 A very successful attorney parked his brand new Porsche 911 Turbo in front of his office, ready to show it off to his colleagues.
As he was getting out, a truck came barrelling down the road, drifted right and completely tore off the driver's door. Fortunately, a cop was close enough to see the accident and pulled up behind the now door-less Porsche with his lights flashing.

Before the cop had a chance to ask any questions, the attorney started screaming hysterically about how his precious Porsche, which he had just purchased the day before, was completely ruined and no matter how any car body shop tried to make it new again, would never be the same.
After the lawyer finally wound down from his rant, the cop shook his head in disbelief,

"I can't believe how materialistic you lawyers are," he said, "You are so focused on your possessions that you neglect the most important things in life."
"How can you say such a thing?" asked the lawyer.
The cop replied, "Don't you even realize that your left arm is missing? It was severed when the truck hit you!"
"OHH, MY GOD!" screamed the lawyer. . . "My Rolex!"

Q: What do you call a magician that has lost his magic
A: Ian 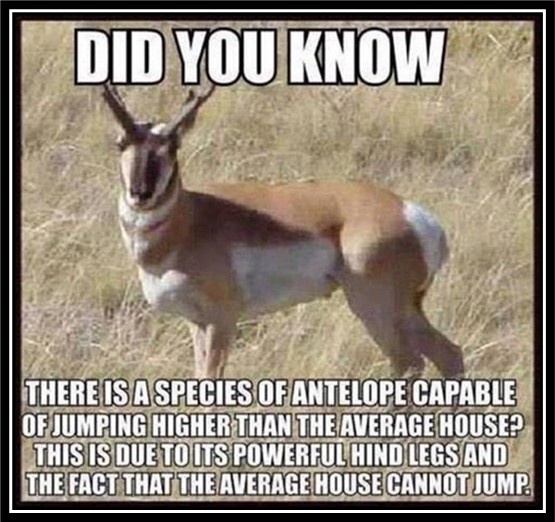 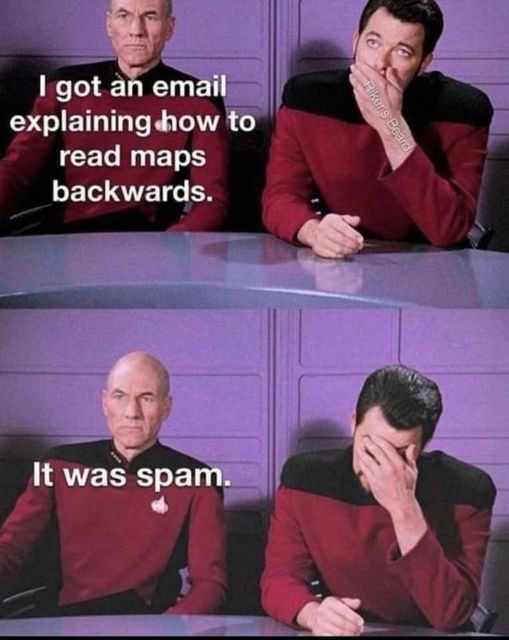 An America couple was being shown around Moscow one day, when the man felt a drop hit his nose.​

“I think it’s raining,” he said to his wife.
“No, that felt more like snow to me,” she replied.
“No, I’m sure it was just rain,” he said.
Well, as these things go, they were about to have a major argument about whether it was raining or snowing.
“Let’s not fight about it!” the man said. “Let’s ask our guide, Rudolph, whether it’s officially raining or snowing.”
As their tour guide approached, the man said, “Tell us, Comrade Rudolph, is it officially raining or snowing?”
“It’s raining, of course,” he replied officiously.
But the woman insisted, “I know that it felt like snow!”
The man quietly replied, “Rudolph, the Red, knows rain, dear!"

What did the king name the knight he didn't need?​ 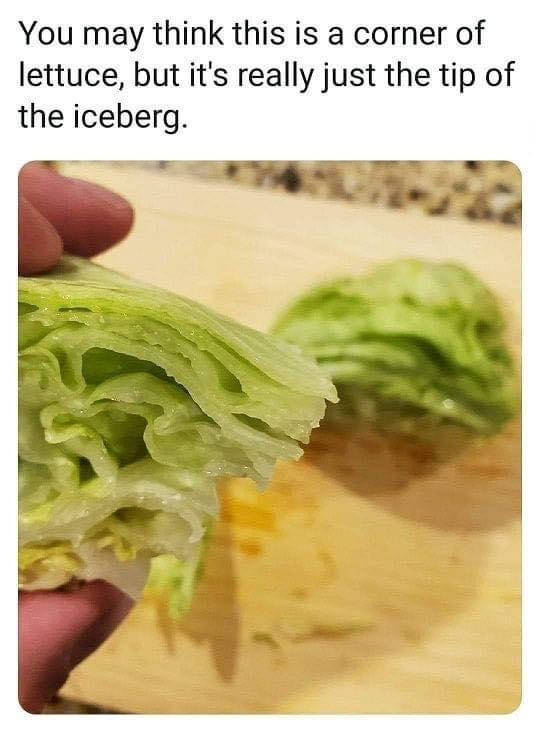 I wasn't able to make reservations at the library.


They were completely booked.

What did the buffalo say to his son when he dropped him off at school?

There used to only be 25 letters in the alphabet. 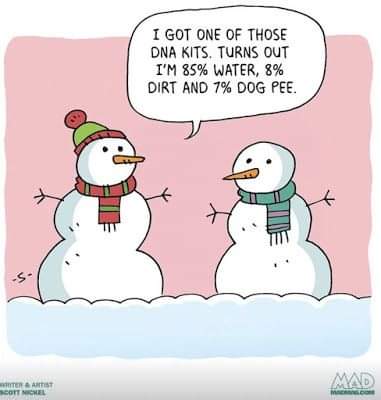 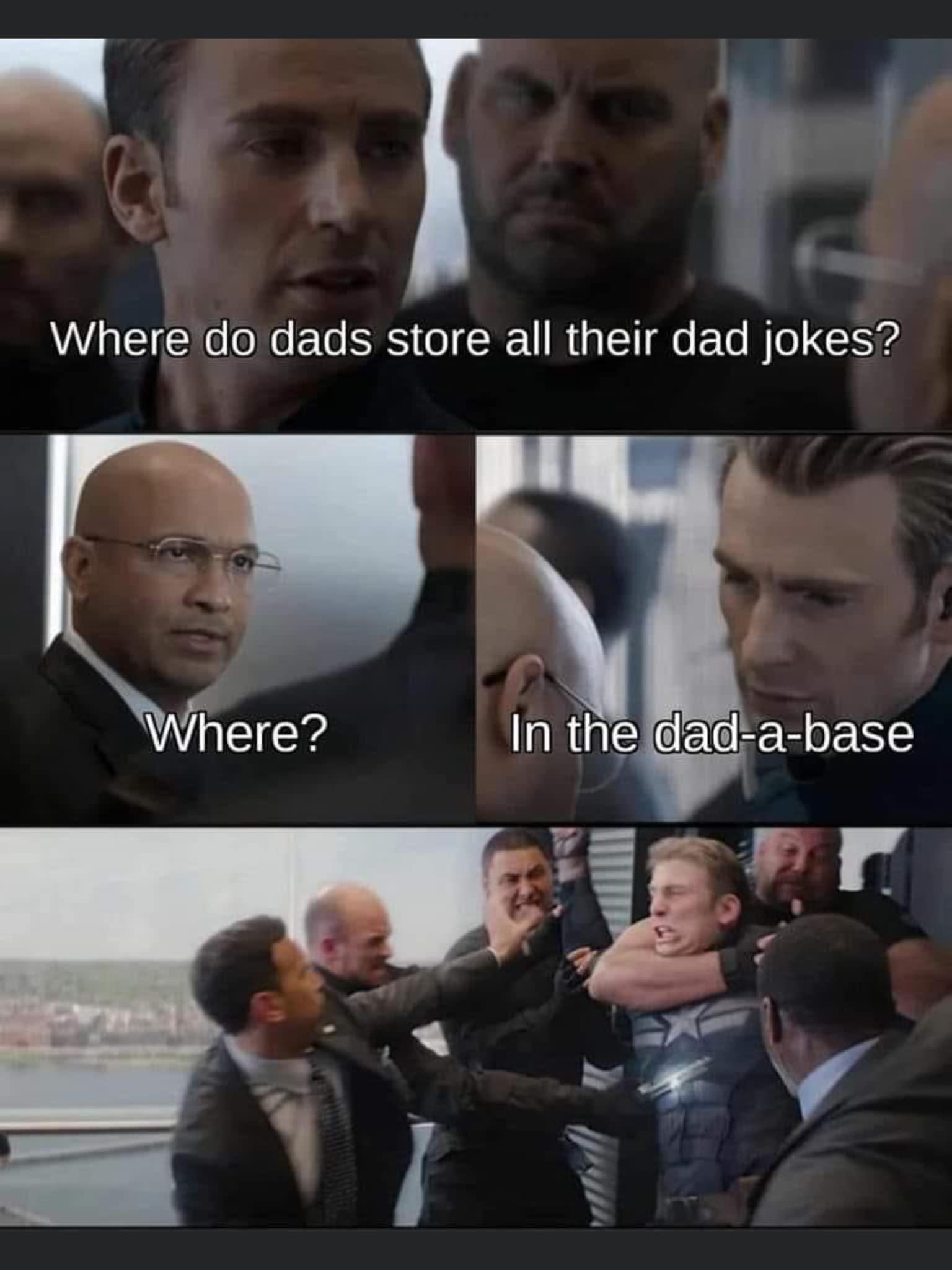 C
Do some winemakers really ferment 'dry' before moving to an airlock?