I've been working on a single-hop citra IPA recipe, and something really strange happened with my latest iteration. I'm aiming for a lovely pale straw color, and my brewing software said that the SRM for this last batch should be 2. Somehow, it has come out much, much darker; between 8 and 9. My grain bill was as follows:

I have no idea what could have caused the color to be so far off what I was expecting. It didn't look this dark when I bottled it (with 4 oz corn sugar, in case that has anything to do with it). Any ideas what cold have caused this?
B

Temperature and process often play an outsized role at the extremes - what time and temp? Are you direct fired?
OP

Not sure what you mean by direct-fired. Mash was 154 deg F for one hour, fly sparge at 170 deg F. 60 minute boil. Fermentation at 68 deg F, in primary for 2 weeks, dry hop for another two weeks. Bottle condition for three weeks at 68 deg F.

High mash ph can cause darkening. So can oxidation. As can thermal stress from boiling too hard.
B

SanPancho said:
High mash ph can cause darkening. So can oxidation. As can thermal stress from boiling too hard.
Click to expand...

Strong boil is what I was referring to with direct fired (strong flame during boil), which can cause caramelization and darkening.

More details of your process are needed to determine the source of the higher than expected SRM.

Direct fired doesn’t equal thermal stress. You can overboil with any heat source.

High mash pH probably isn't the culprit, since I keep a close eye on the gravity during the sparge, and it never got below 1.020. Overboiling is definitely a possibility. I'm starting the boil with 6.5 gallons in the pot, and ending with 5.5, which is a 16% boil off . . . and that's too high, according to SanPancho above.

but what are you getting for ph readings?

I should be more clear, the high ph in the kettle is where you see the darkening increase. Mash ph isn’t specifically the cause. Theyre kinda related but its the actual boil ph in the case of darkening.
V

If it got darker with aging then oxidation in the package is a prime suspect.

I don't know which software you use, but it's not possible to get a SRM of mere 2, by using 2-row and 1 lb of Carapils. For a 5.5 gallon ( fermenter ) batch with that amount of grains and 75% efficiency, you will get a 7.1% ABV beer with a SRM of aprox. 4.3. A SRM of 8 and/or 9 is dark orange/light amber, sort of like an old school West Coast IPA, maybe a touch lighter.

Buit when did the darknening happen? How did the beer look before bottling? Was it as dark or the wort was OK, but gor darker after the 3 weeks conditioning? Also, I might add that waiting 3 weeks for an IPA to condition in the bottle is way too long. Of course, your process might be different, but I would not start drinking an IPA after 3 weeks from packaging. At 5-7 days that beer should be very good.
OP

thehaze said:
I don't know which software you use, but it's not possible to get a SRM of mere 2, by using 2-row and 1 lb of Carapils.
Click to expand...

The SRM of 2 comes from brewtoad.com, which actually just folded, so I can't point you to the recipe on their site. I've had some issues with their site before, so it's possible their SRM calculator was wonky.

Anyway, I think I've got this one figured out, after going over my notes and remembering that I didn't have any Irish Moss on hand when I brewed this batch (or any other clarifying agent, for that matter). I'm 99% sure the darkening haze is resulting from that. The next batch will tell!


thehaze said:
Of course, your process might be different, but I would not start drinking an IPA after 3 weeks from packaging. At 5-7 days that beer should be very good.
Click to expand...

Yup, my process is different. Almost all of my brews taste green when I open them before two weeks. Three weeks has always been my sweet spot, even for IPAs. Anything less, and the flavors just aren't as integrated or mature.
S

I’m thinking you’re either misjudging the color or you got an ingredient swap on the CPils.
OP

Here's a picture. I'm holding this in front of my stove light. 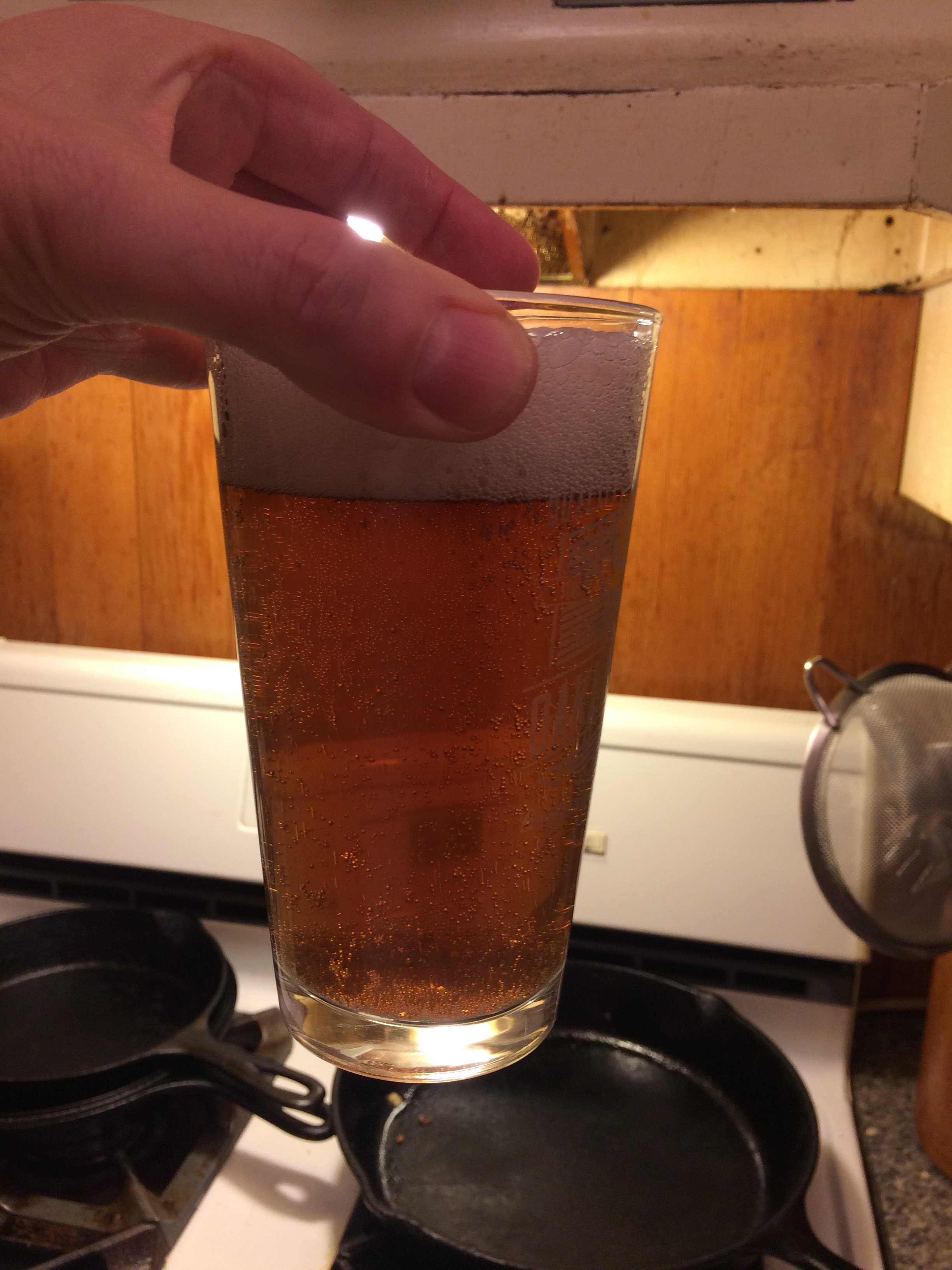