Some trellising ideas (my setup this year -- photo-heavy)

Been at this a few years now so ... thought I'd share some photos in case they give y'all any ideas on a setup that might work for you. This is Columbus, Ohio -- and everything seems to be doing well so far this year, trimmed the bull shoots about April 23rd or so and the bines I trained are up to about 3-5 feet now. (Wolf-like, you might say, in this period of their growth. ) Fertilizing with only compost so I guess you would call them organic?

1) The janky setup in neighbor Paul's yard. Sixth-year Chinook at back left, 4th-year Centennial front right. No irrigation here, and only about 11-12 feet high at the tallest, so ... only got about 8 ounces off this setup last year. The poles in the middle have been there for decades; we used some leftover fencing parts to build the outer two supports. 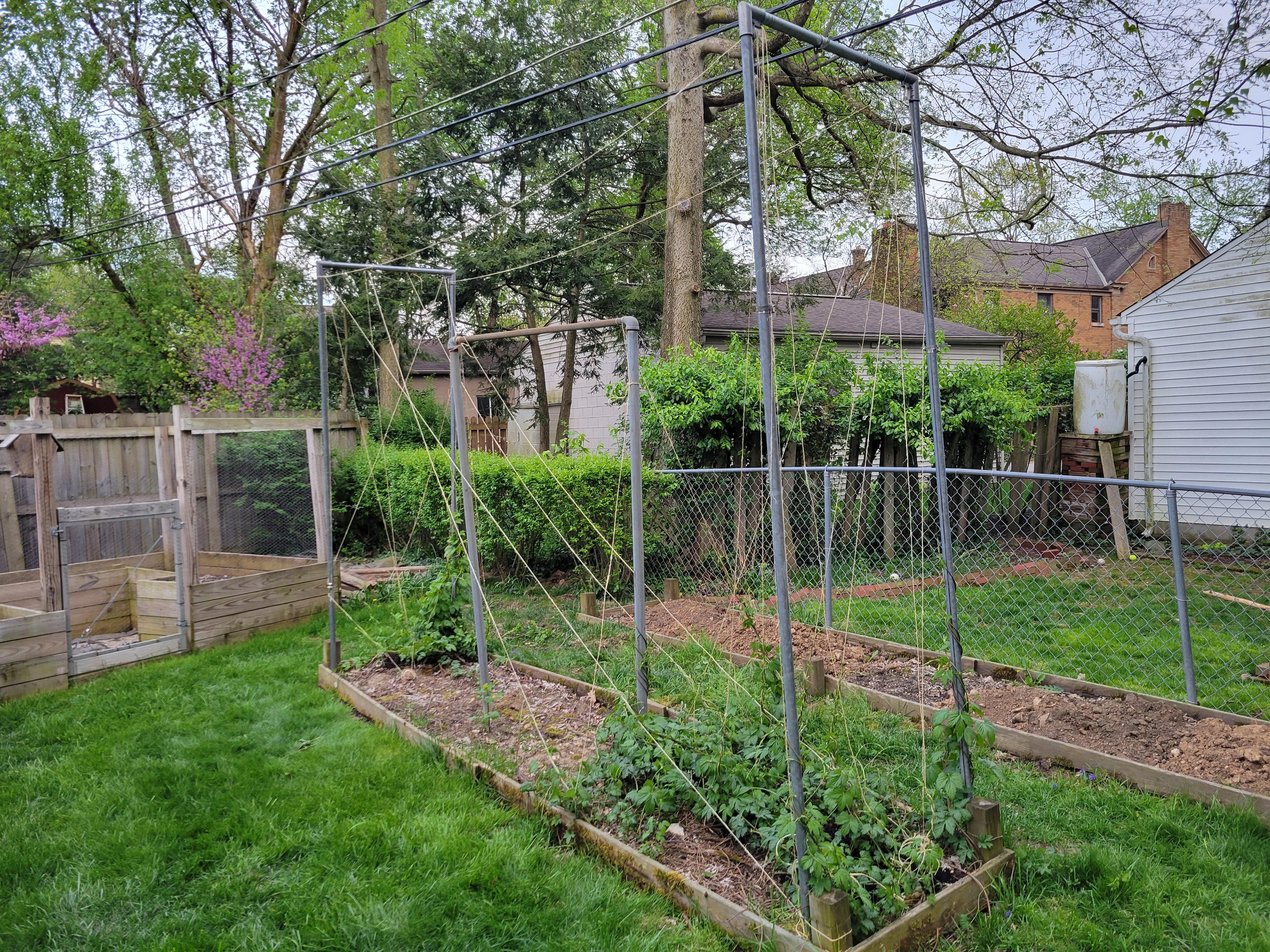 2) New setup at mom-in-law's rental property. 2nd-year Sorachi Ace and Eroica, and just put in a new Southern Cross. An extendible 16' pole from the hardware store ($25 or so?) is giving them the height on the pre-existing trellised deck, and hopefully providing some shade for the deck this year too. Just put in an irrigation timer last weekend with some old hoses punched to let the water drip out slowly ... we'll see how they do! (They really, really want to climb that Japanese maple at lower right ... been doing lots of trimming there!) 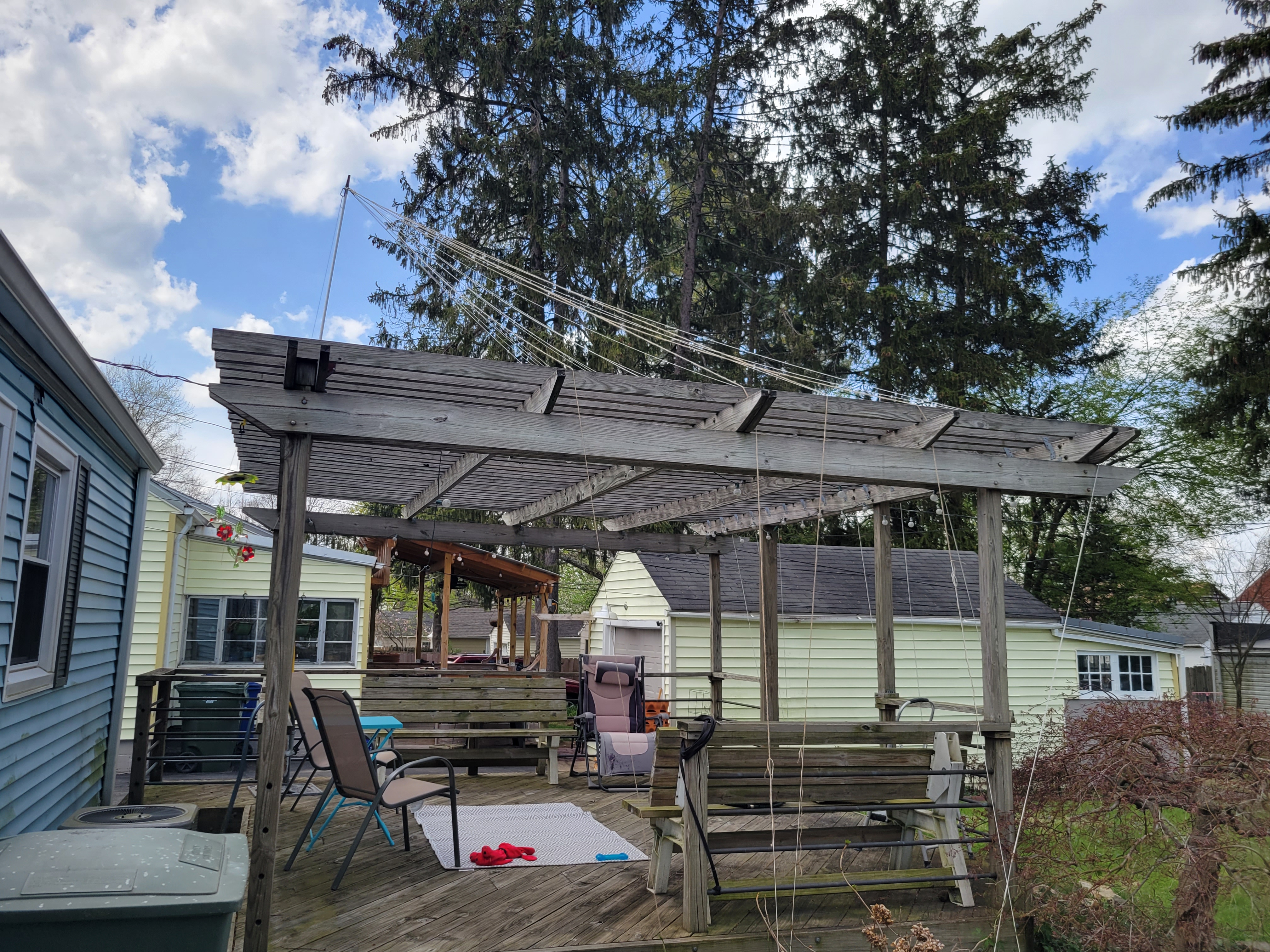 3) 8th-year Columbus -- the first one I ever planted. Strings up to the eaves -- kind of a PITA to run the ladder up every spring, but the harvest makes it worth it. Still going quite strong, even though it loses direct sun about 1 PM each day on the east side of the house. Consistently gives me 3-4 pounds dry weight every year. 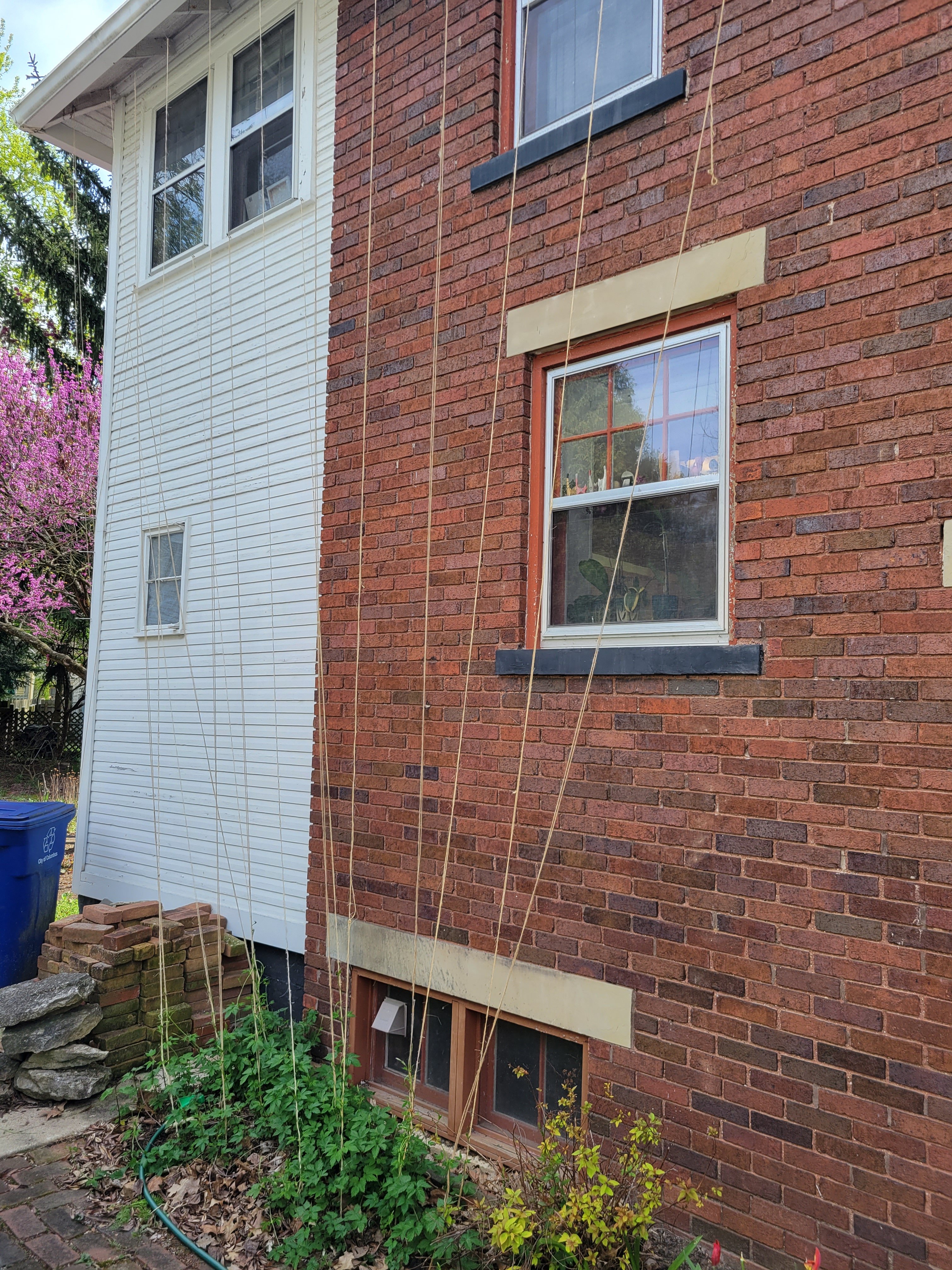 4. 4th-year Zeus -- the moneymaker. South side of the house, got like 6 lbs from this one last year. Added a few more strings this year (right side of the photo) to wrap around and catch the afternoon western sun. Still irrigating semi-manually by filling those old buckets up most mornings, but no big deal ... it's a moment of zen. 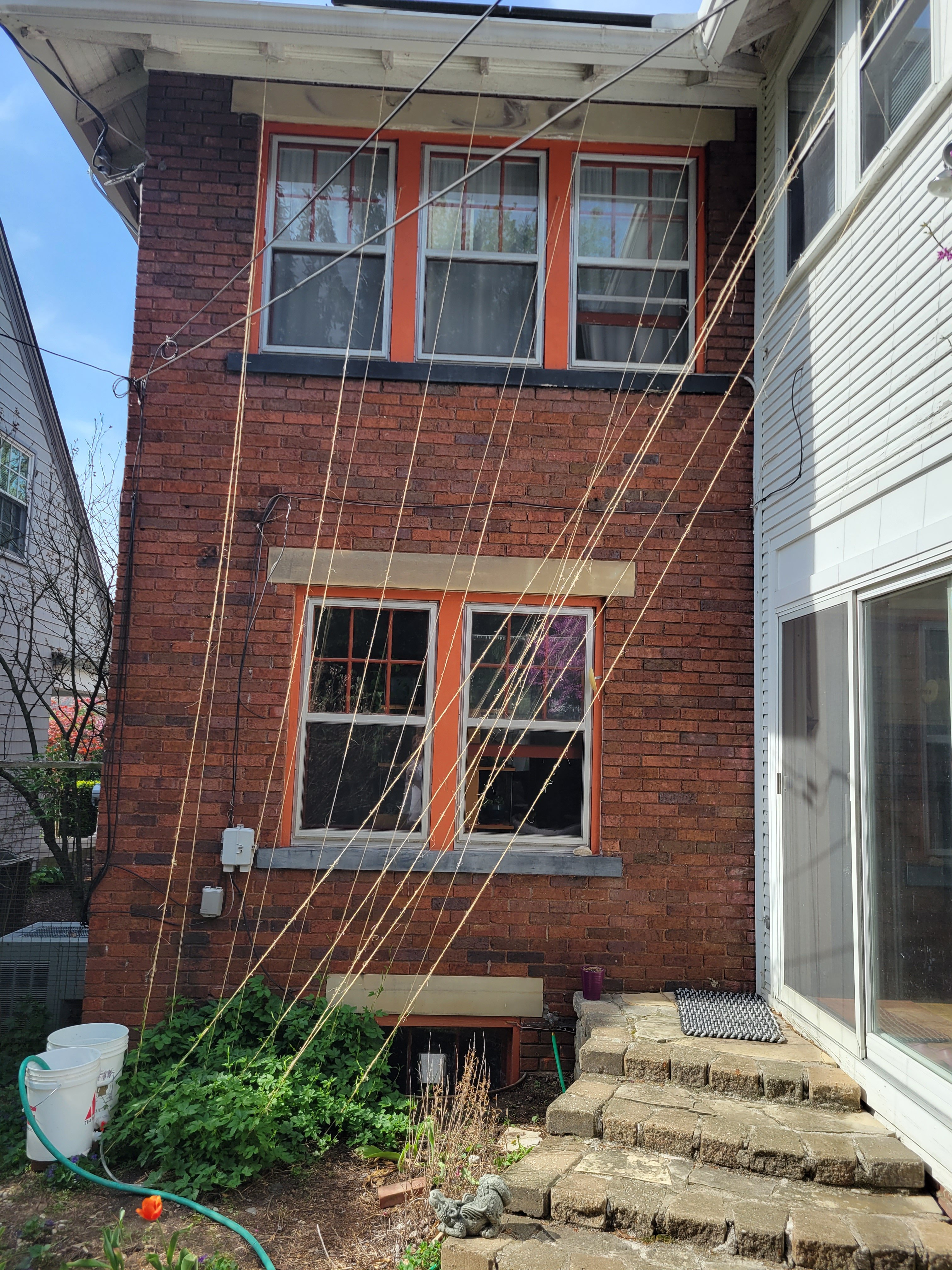 Hope you enjoyed the post, and best wishes for a great harvest on your setup this year!!!

They look great, thanks for sharing. I especially like the shading of the deck idea. You’ll have to post an update photo later in the season.
N

Are you prepared to harvest that much once the plants really take off?
OP
OP
W

NitrogenWidget said:
is the Zeus 1 plant or 2?
that's a lot of lines.
Click to expand...

One plant ... it did great last year on 12 lines, so this year I'm trying 15. With full southern exposure and a lot of drip irrigation, I'm curious to see just how big she's willing to get this year.
OP
OP
W

mashpaddled said:
Are you prepared to harvest that much once the plants really take off?
Click to expand...

Good question - answer is, I think so (based on last year). It's a lot of trimming, drying and packing work over several evenings in late August/early September ... but I don't really consider it work. Looks like my LHBS is willing to help me sell some of them this year, so I'm looking forward to calling myself a revenue-producing urban farmer.

Wow. Those are nice. This is my first year growing hops and can hardly wait till I have multiple lines. After seeing your setup, I am tempted to drop a line from the top of my antenna tower to see how high I can get them. My house is only one story.
M

I run 2 lines per plant up about 15'. You're making me feel inadequate
N

willy_mugobeer said:
One plant ... it did great last year on 12 lines, so this year I'm trying 15. With full southern exposure and a lot of drip irrigation, I'm curious to see just how big she's willing to get this year.
Click to expand...

my hartwick hops look like that except i have two plants in one large planter.
i usually just go with 4 or 5 bines but there are so many this yr i think i'll see what happens when i go to 8 or 10.

Hummm I've always cut mine back to only two bines per plant also. But this year all of mine have multiple bines so I'm thinking I will also run at least 3 or 4 up on strings.

E
Getting back into homebrewing, seeing how the landscape has evolved

B
Hops in Tennessee