So this is my second time doing a starter.
I popped my smack pack more than 3 hours before (or so I thought). It inflated a little but not as much as I remembered the last one doing, but I assumed it was just a bit slow and poured it into the wort anyways because it was getting late. But when I poured it I found out that the small bag inside hadn’t popped. I ended up cutting it open and pouring it in the starter as well.

for context I used canned wort and followed the directions on the can and I’m manually swirling, I don’t own a stir plate yet. My brew day is tomorrow. Just trying to figure out if I need to quickly run to the brew shop before they close.

Attached will be images before swirling, after swirling, and after it’s rested for a while. 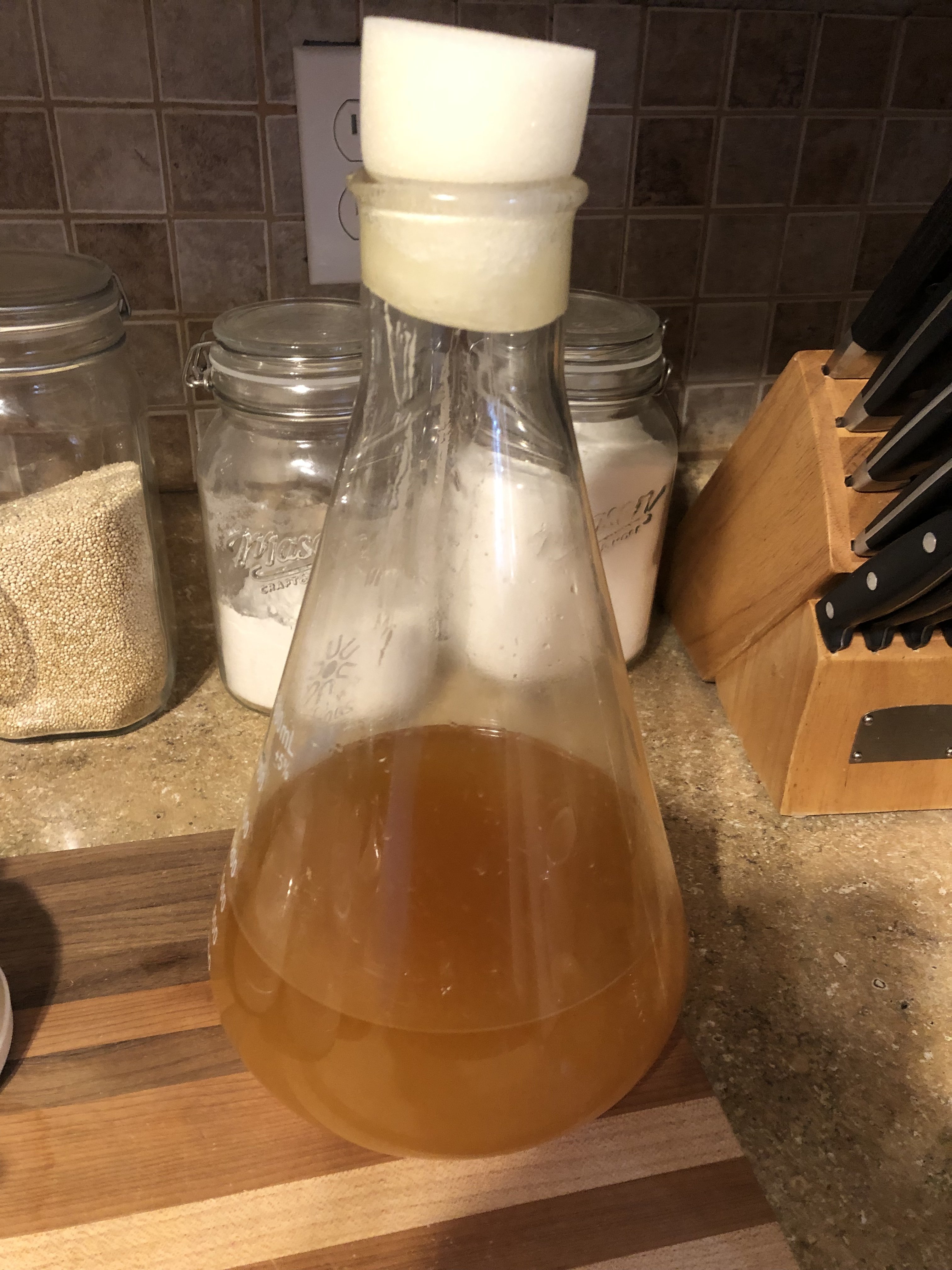 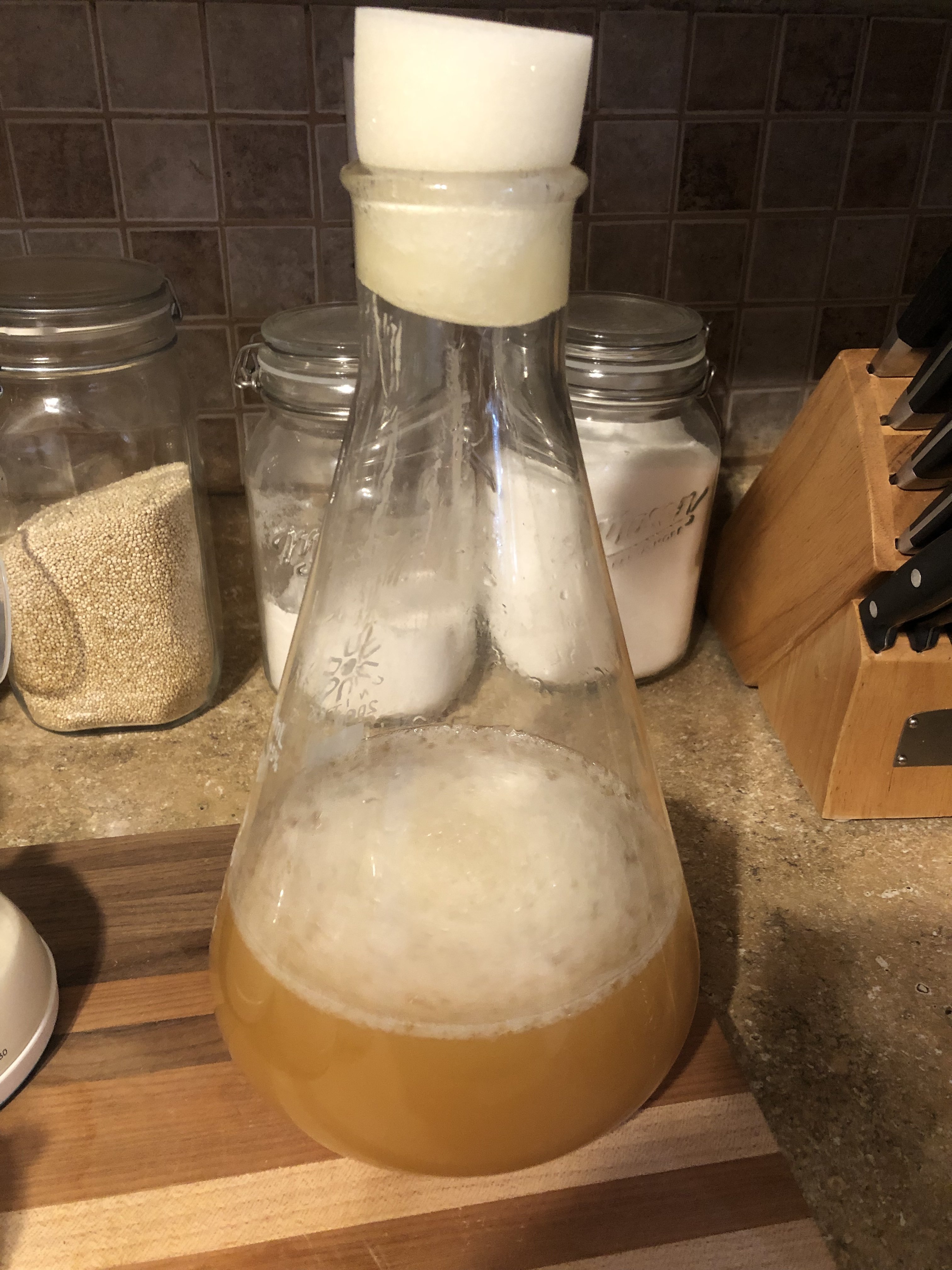 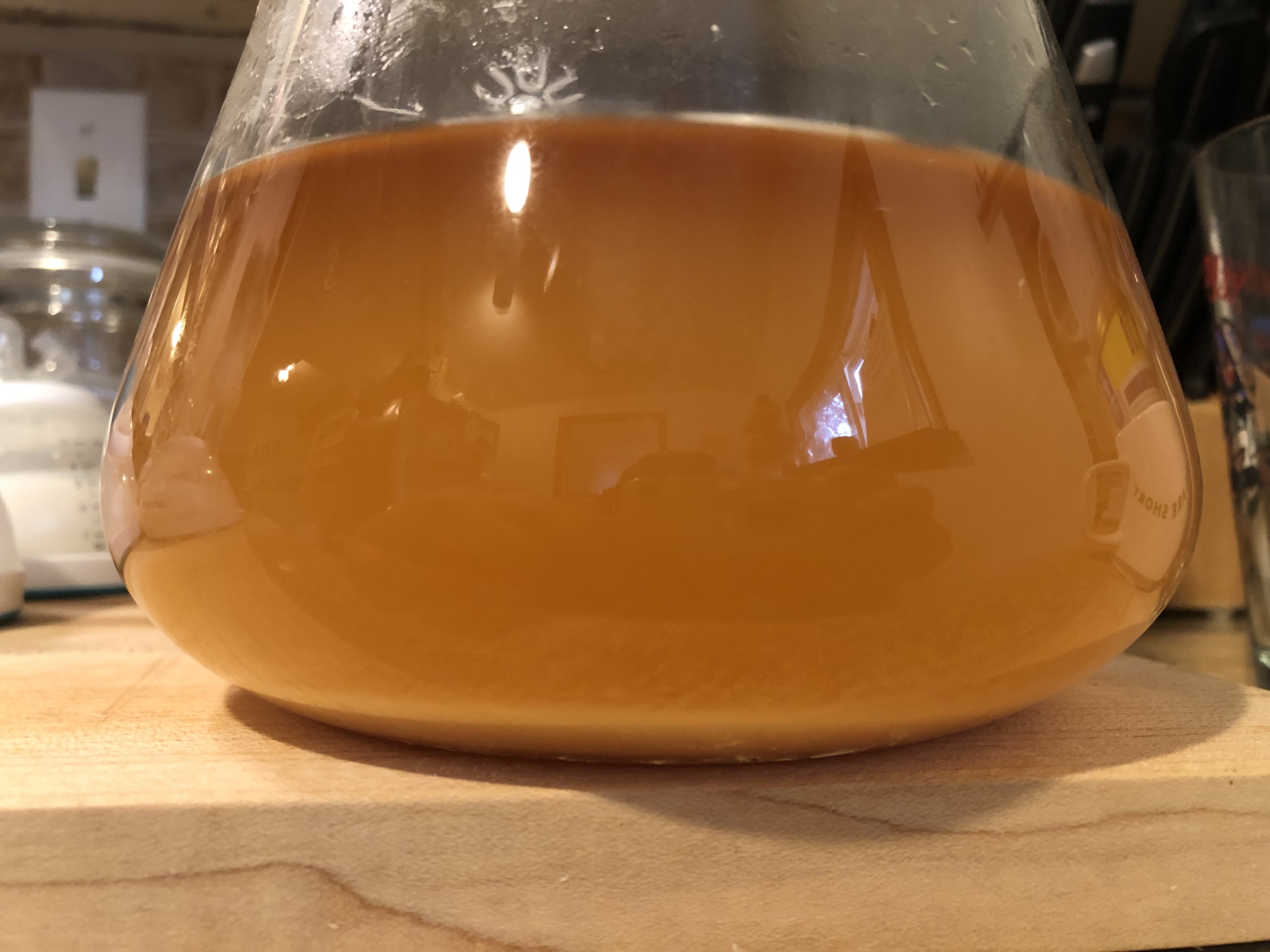 The pouch inside has yeast nutrient and sugar water. If it doesn't pop, the yeast itself (which is inside the foil witht he labeling on it, but outside the clear poppable thing) won't have anything to eat. And thus they won't wake up and make the CO2 that causes the swelling you are looking for.

When building a starter the nutrient pack is of minor importance if any.
The "smack pack" thing was entirely a marketing construct supporting "direct pitch"...

Thanks for all the help, so sounds like I should be good.

I pitched the yeast at 10:30pm thursday and plan to have my brew done and in the carboy about 6pm Saturday. I was planning on popping it in the fridge tonight to let the yeast settle so I can-pour out some of the spent wort. Would you advice against that since the mishap, or should I go forward as planned?

I have a new born so I’ll be up several times over the night as well so I could pop it in the fridge around 2 or 3am if the extra hours would help.

Once the starter has fermented out you can go ahead and crash and decant...

I haven’t witnessed any high activity or Krausen yet should I be worried?

You can't expect a ton on a small starter. Judging from your pics the starter is doing it's job, and might even be done by now. If you are thinking you'll pitch around 6pm tomorrow then maybe stick it in the frig around 6AM. Decant just before use.

Congrats on the newborn. It was a wonderful time but I also don't miss it. Might explain why you are over thinking things
OP
D

tracer bullet said:
You can't expect a ton on a small starter. Judging from your pics the starter is doing it's job, and might even be done by now. If you are thinking you'll pitch around 6pm tomorrow then maybe stick it in the frig around 6AM. Decant just before use.

Congrats on the newborn. It was a wonderful time but I also don't miss it. Might explain why you are over thinking things
Click to expand...

Thanks for the info!

and thank you, sleep is not something of abundance right now for me so I’ve spaced on a few things already. Luckily I’ll have a buddy to help out tomorrow so hopefully he will keep me from messing it up.
I appreciate the help!

Student of the Dark Arts

I’ve had a couple of packs that swelled a bit before brew day. (1056 is notorious.). I just try to corner the nutrient pouch, letting the yeast and gas get around, then smack it. With all the prior activity, I doubt the nutrient even made a difference.

The old rule of thumb for Wyeast packs is to allow 1 full day for every 2 months old the package is for it to fully swell. I’ve never seen one fully swell in 3 hours. Not sure where you got that advice.

It used to be easier to tell how old the pack is, but Wyeast changed their date code system a couple years ago.

I have used Wyeast packs that were 2 years old that were fully swelled in less than 2 weeks.

The best advice is rather than smack the pack on a table or a surface, hold the pack between your palms and smack it that way. As PberBob said, sometimes the packs can swell a bit before being smacked and that makes it a little more difficult to trap the little nutrient pack and get it to break open. If you hold it between your palms you can find the little pack and smash it between the heels of your hands.