Show us your Bicycle

How many of you turn cranks other than the ones on your malt mill?

I raced mountain bikes a couple decades ago when I was in college. I really wish I had some pictures of the old days but I can find no digital ones. There are probably a few floating around in a photo album but I will be damned if I can find them.

I started to get back into riding last year after I injured my knee running. I decided that running was hard on the knees so I picked up a Trek 3500 mountain bike and started hitting the greenways in my area.

I sort of got bit by the bug again and riding longer distances so I thought I would try my hand at a road bike. I picked up a used Cannondale road bike and have been making the transition to being a roadie.

Show us some of your favorite rides.
OP

Older but rock solid and pretty good for its day.

And I somehow do not have pictures of the dirty bike.

I ride a lot, and I have several bikes. My favorite is a Electra Townie. It's not my exercise bike, but it's a lot of fun, and that's what I'm about.

I haven't taken any pictures but my main ride is a Giant TCX 0 cyclocross bike.

I love to hit the single track, there is a whole bunch of really nice trails in my area of Mass.

Nothing like being able to hop on the bike and in 5 minutes be cruising through the hills.

Fisher Wahoo. I have not done much to it besides peddles and seat.

passedpawn said:
I ride a lot, and I have several bikes. My favorite is a Electra Townie. It's not my exercise bike, but it's a lot of fun, and that's what I'm about.

That is outstanding! Love it!

ill get a pic later i got a S&M dirtbike bmx bike, and i am wanting to get the wife and i some Mt. bikes to stay fit and to pull the little man with
J

This is my kind of thread! I've been a bike junkie since I was a kid. I'm tempted to post pictures of all the bikes I've owned as an adult, but that might take up an entire page. I'll just share the two I ride now.

My Black Cat 29er, single speed, sometimes rigid, sometimes hardtail. This ride's like no other 29er I've been on. It handles like a 26" in the fast, tight twists of a single track and blows over rock gardens like a 29er. I've even loaded it up and done some bikepacking with it. It's amazing, I love it:

My commuter, a Surly CrossCheck, now setup up with the child seat in back and panniers up front. I previously owned a Crosscheck that was too large. Didn't like it, tried out a few other bikes as commuters and finally went back to a properly sized CrossCheck. It's just so versatile. I've taken it off road, with my child on the back. We take the shortcut to the toy store sometimes, through the woods

Here's one of mine.

Oh yeah, I forgot to include my accesory...

When I was young (20y/o) I was living in Amsterdam; they had/have the coolest bikes. I have this image of a Hot Dutch girl leaving a bakery, delivering bread, loaded on a cargo bike.
http://momentummag.com/downloads/16...argoBiking_Carrie Collins_Stephen Bilenky.jpg

Here's my '64 Schwinn Collegiate. 2nd owner. Not mint by any means but my everyday rider for around the neighborhood.

Those are racing spokes....Did you make the rims?

Shout out to the other surly cross check

I gotta get a pic for my Vitis Motobeacane....Even has a brooks saddle. I cant believe I use to ride on a brooks saddle, but once broken into they are comfortable for a 20 year old @@s. Ahh the memories.

This sucker was fast in its day. If I remember correctly it came in at about 14 lbs. Top of the line shimano

Man, I got to get back on it, but its a long way for me to get back to the 170 lb mark when I use to ride that thing

TCGoose said:
Shout out to the other surly cross check

In the late spring, summer and early fall I spend a pretty good amount of time burning off the beer carbs on my Orbea Opal. This pic is from one of our bike club time trials.

When it's cooler, we have some good MTB trails in our city parks. I ride the Salsa Spearfish 29er out there.

I have a racing green Surly Pacer, I love that thing. Sadly I lack pictures.
OP

Oh how I lusted after a Y22 back in the day. I had a pretty trick Litespeed Ocoee back in 1996/1997. I was close to tears when it was stolen from my apartment during a break in. It was worth more than the car I was driving at the time.
OP

julioardz said:
My Black Cat 29er, single speed, sometimes rigid, sometimes hardtail. This ride's like no other 29er I've been on. It handles like a 26" in the fast, tight twists of a single track and blows over rock gardens like a 29er. I've even loaded it up and done some bikepacking with it. It's amazing, I love it:

I like it. I really thought about going to a 29er when I started riding again but I just do not hit anything gnarly enough to justify it.

MidTNJasonF said:
I like it. I really thought about going to a 29er when I started riding again but I just do not hit anything gnarly enough to justify it.
Click to expand...

A buddy just gave me his Fisher 29er. I am not sure what frame it is even yet. Just got it into the garage. I need to switch the seat and peddles and hit the trail. Looking at the tires I might need to get some new ones of those since he liked low rolling resistance I like massive grip.

Still riding my 1987 Klein, though my racing days are long gone. Studded Nokians in winter, and street tires in summer.

I should price out two sets of wheels for my motobeacane. My racing days are also long gone. Might even get a new seat. All these pics of bikes are making my legs stand up and take notice.

johns said:
Those are racing spokes....Did you make the rims?
Click to expand...

No, they are the stock Bontrager Race Lite wheels. My new Mavics came in the mail the other day so those wheels aren't on there anymore.

MidTNJasonF said:
I like it. I really thought about going to a 29er when I started riding again but I just do not hit anything gnarly enough to justify it.
Click to expand...

If you like what you ride, stick with that. Bike prices have gotten pretty ridiculous. That being said, a 29er smooths out the ride nicely, without having to get a full suspension bike. The one draw back, in my opinion, is that many have a long wheelbase, making them feel sluggish in the turns.
J

bhaskins1 said:
Here's one of mine.
Click to expand...

Who needs a camelback? Just put a picnic faucet on that keg and you can drink while riding.

Plus an old Mongoose and Jamis. Then Kona/GT/Fisher/Balfa in bits and pieces.

Here's my riding around the neighborhood bike. A 1936 Monark Silver King.

Nice rides...
I don't have any pictures on this computer,
but my main ride is a Lemond Toumelet. Nice bit, pretty light, Shimano 105 gruppo... very happy with it. #2 Road is an old Cannondale Sport-tour. This is the only road bike I;ve ever seen with grip shifts, these at the end of the bars. My oldest beater bike is an ancient Fuji. Roughly from 1980 or so, 12 speed, steel frame... that thing just fits me right.
My mountain bike is a Specialized HardRock. Full solid. I need to get me a new mountain bike one of these years.

berrywise said:
Here's my riding around the neighborhood bike. A 1936 Monark Silver King.

That's an amazing picture. Did you take it?

You mean the one with the flat tires?
T

Trek, got to work off the beer. 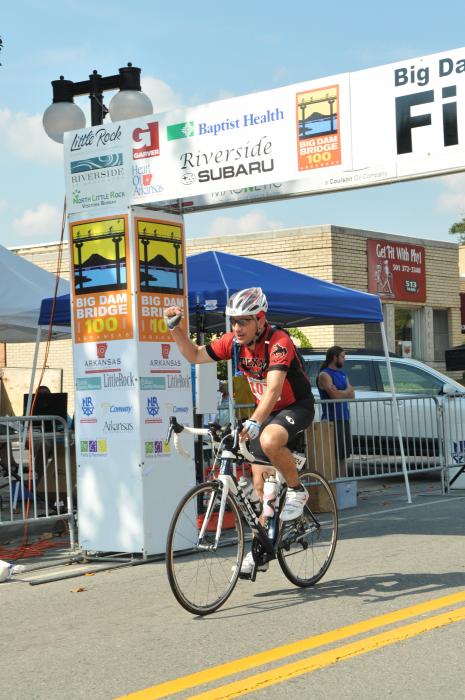 Show us your Ride
2

F
Show us your house

Show us your humidor

Show Us Your Snow

Show Us Your Tanks