For Sale Selling all of my equipment - Chicagoland only.

Hi all- I gave up drinking a few years ago, and obviously don't need any of my homebrew equipment anymore! I've honestly not kept up with the scene at all in recent years for obvious reasons, but when I bought all of this stuff, it was all fairly good equipment- not "starter kit" level stuff. Here's an album I put together with pictures of most everything. All of the equipment is in very good condition, outside of the kegs, which are the typical condition that you'd expect used ball lock kegs that once lived a life of soda service. They're in great condition for that type of item, but they're obviously not shiny & new. 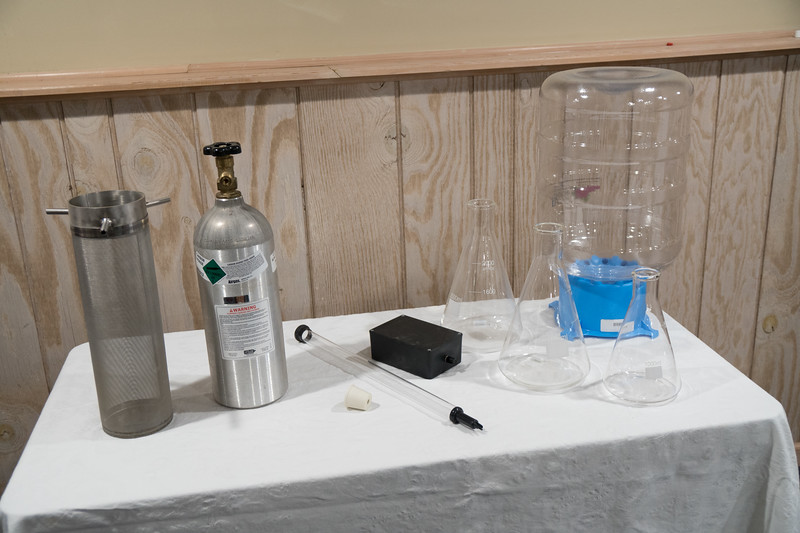 This gallery hosted by SmugMug; your photos look better here.

The basic list is:
All in all, it's a pretty good assortment of equipment that is truly everything you need to brew, keg, and/or bottle 5-8 gallon batches.

I'd prefer to sell this all in one of two ways: there's obviously a lot of equipment, and I have no interest in selling everything off item-by-item. Either someone buys everything, or I'll split the stuff into 2 groups: "kegs & kegerator supplies" and "brewing equipment."

Obviously, as all of this stuff is large, shipping doesn't make any sense. I'm in Naperville, IL but I'm willing to drive anywhere within an hour and a half of the western Chicagoland area if necessary.

As to price- new, all of this stuff was probably around $3k. I'll obviously sell it at quite a significant discount, especially if you buy both the brewing and the kegging supplies- my wife is on my case to move the stuff. If you're looking to move up from a starter kit, or you know a friend that's interested in getting into the hobby and wants to bypass the starter level and jump right into better equipment- it'll be hard to do it more easily & affordably than this. I'm thinking $1200 would be a very fair price to take everything. The brewing vs. kegging breakdown is probably something like $750 / $550.

Feel free to hit me up with any questions. Thanks!
Kurt

For Sale brewing equipment and keezer $700