Brewed my first batch on the Brewzilla 35L (120v) this morning. Nothing fancy, just a Pale Ale

"Typical Pale Ale" Recipe:
Target Volume/Gravity:
Post-brew notes:
Ended up with a little more volume than I wanted and 69% efficiency. I'm thinking was from MoreBeer's crush. There were some whole grains in there, so a much more coarse crush than I'm used to. I'm going to be getting my own crusher, so will try a finer crush next time.

Overall this was a really smooth brew day considering it was on a completely new setup and I haven't brewed on my own setup in over 5 years. Started heating water at 7:10am @ 76F, hit my target temp of 165F at 7:58am. Mashed in at a little over 155F, so I added some cooling water to bring it back down to 150F. Set the temperature to hold at 148F.

Started the sparge at 9:15, and ramped up the temperature controller to 214F. Finished sparge at 9:48 with a little too much in the kettle. Temperature was up to 185F by the time I ended the sparge. Boil began at 10:00am, so just about 45 minutes to get to boiling. Added the first addition of hops at 10:05 and started the boil timer.

At flame out, added the Citra and kicked on the immersion chiller and started a recirculation to help with chilling. Ground water temp was about 74F, but I was surprised how quickly it cooled down. I hit 81F by 11:30, so just about 25 minutes.

Since my kegerator is currently empty (sadness), it's now a fermentation chamber. That London Ale III yeast supposedly likes low fermentation temps around 65F for the first few days. My basement is 75F, so that's out until primary fermentation is over.

All in all, a solid brew day getting to know the Brewzilla. I really like the setup and it sure does make it easy with the self-contained electric heating elements, temp control, and pump. I didn't use any of the automatic settings this time around as I just wanted to focus on the basic use of the system. Next time I'll set the timer delay to get my mash water hot by the time I wake up. Then I can just mash in and make breakfast during the mash. 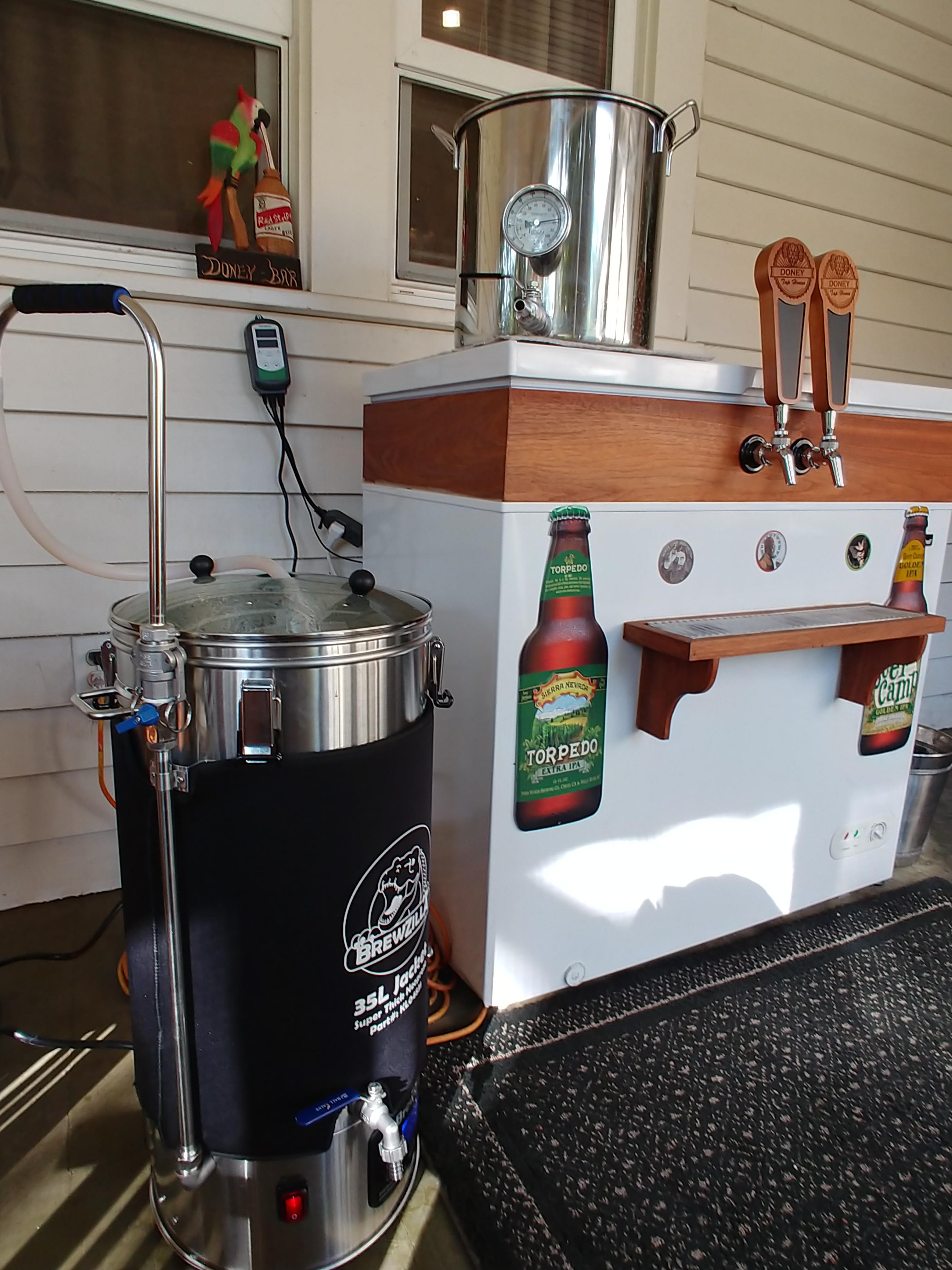 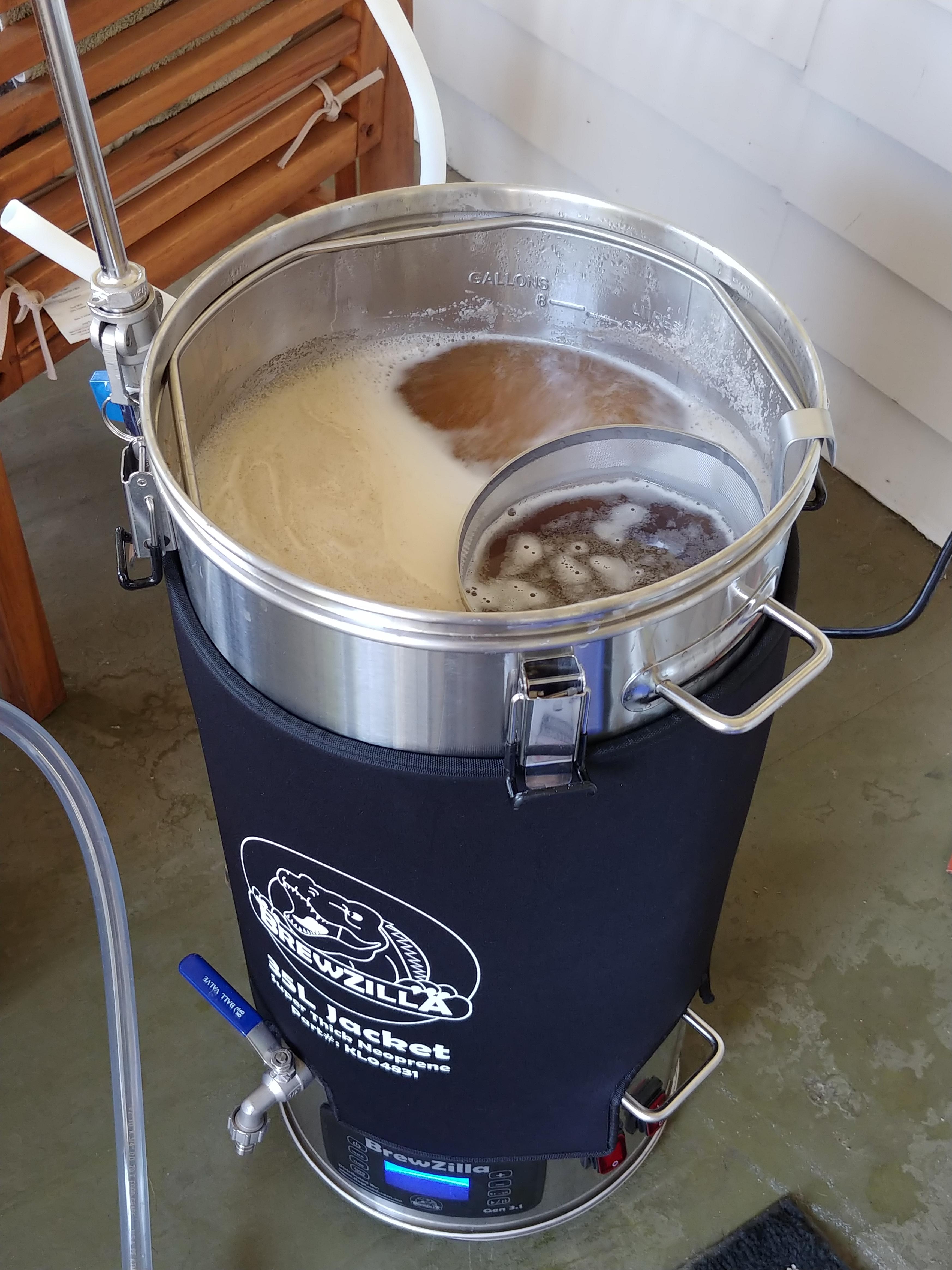 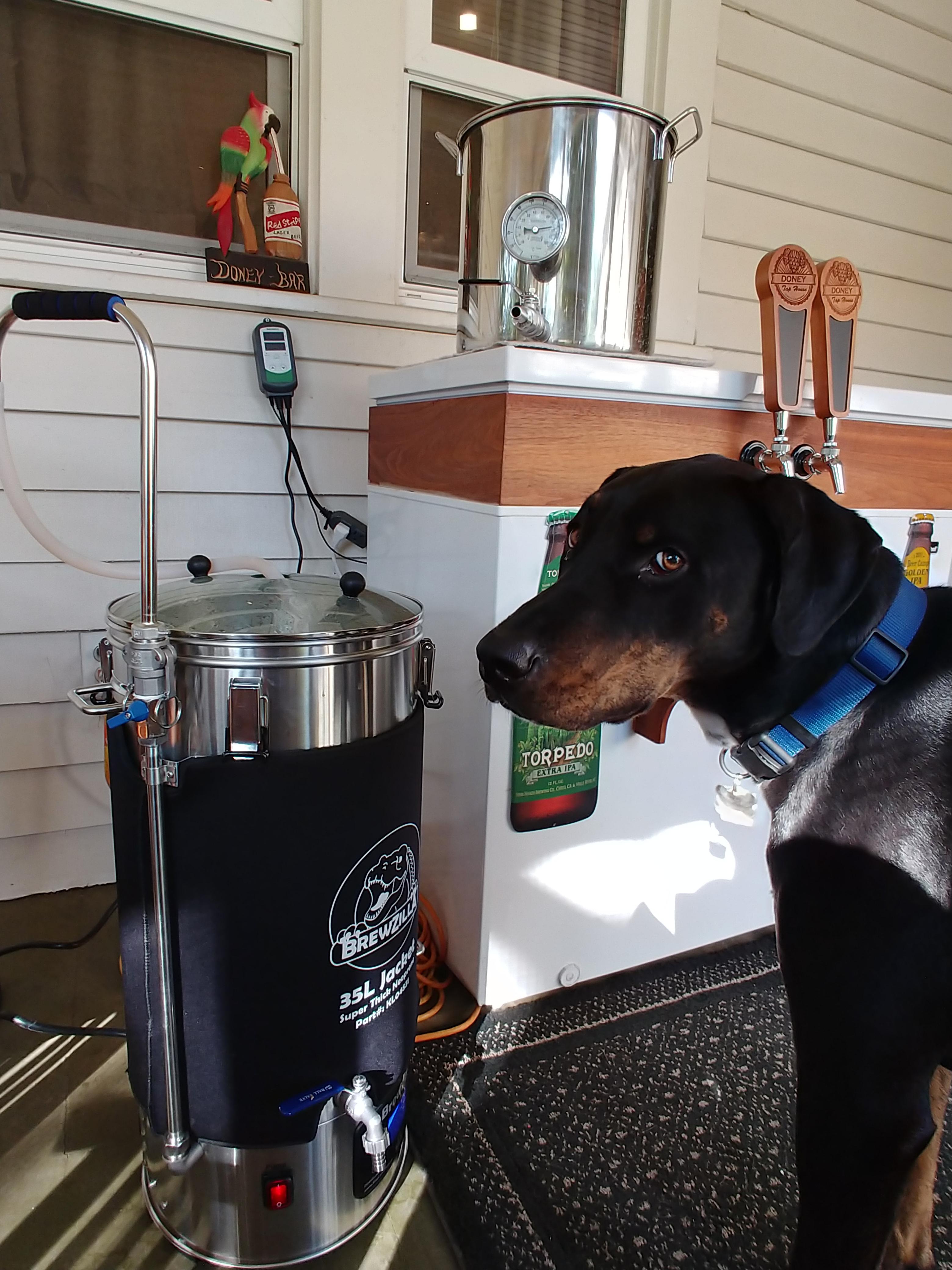 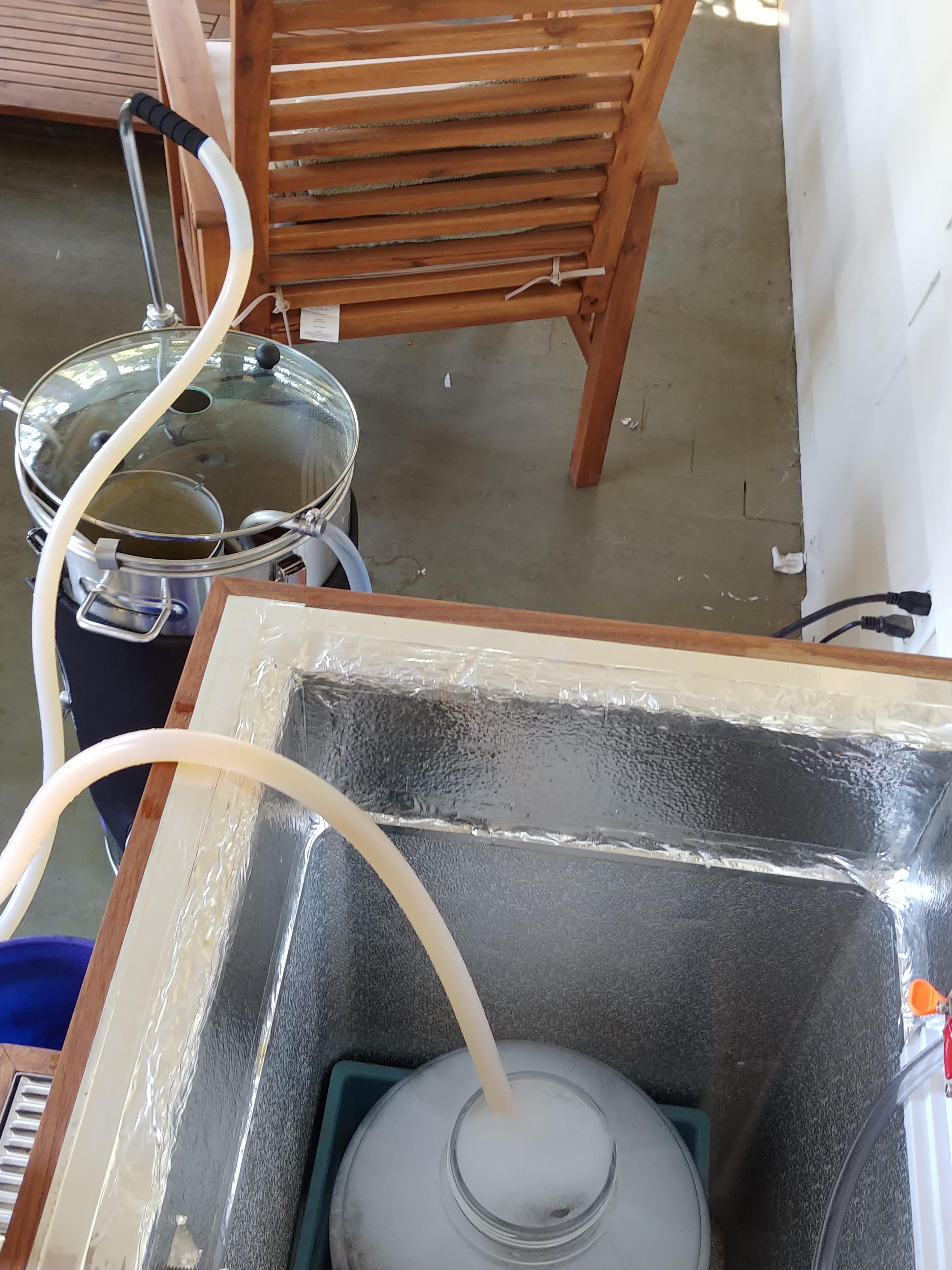 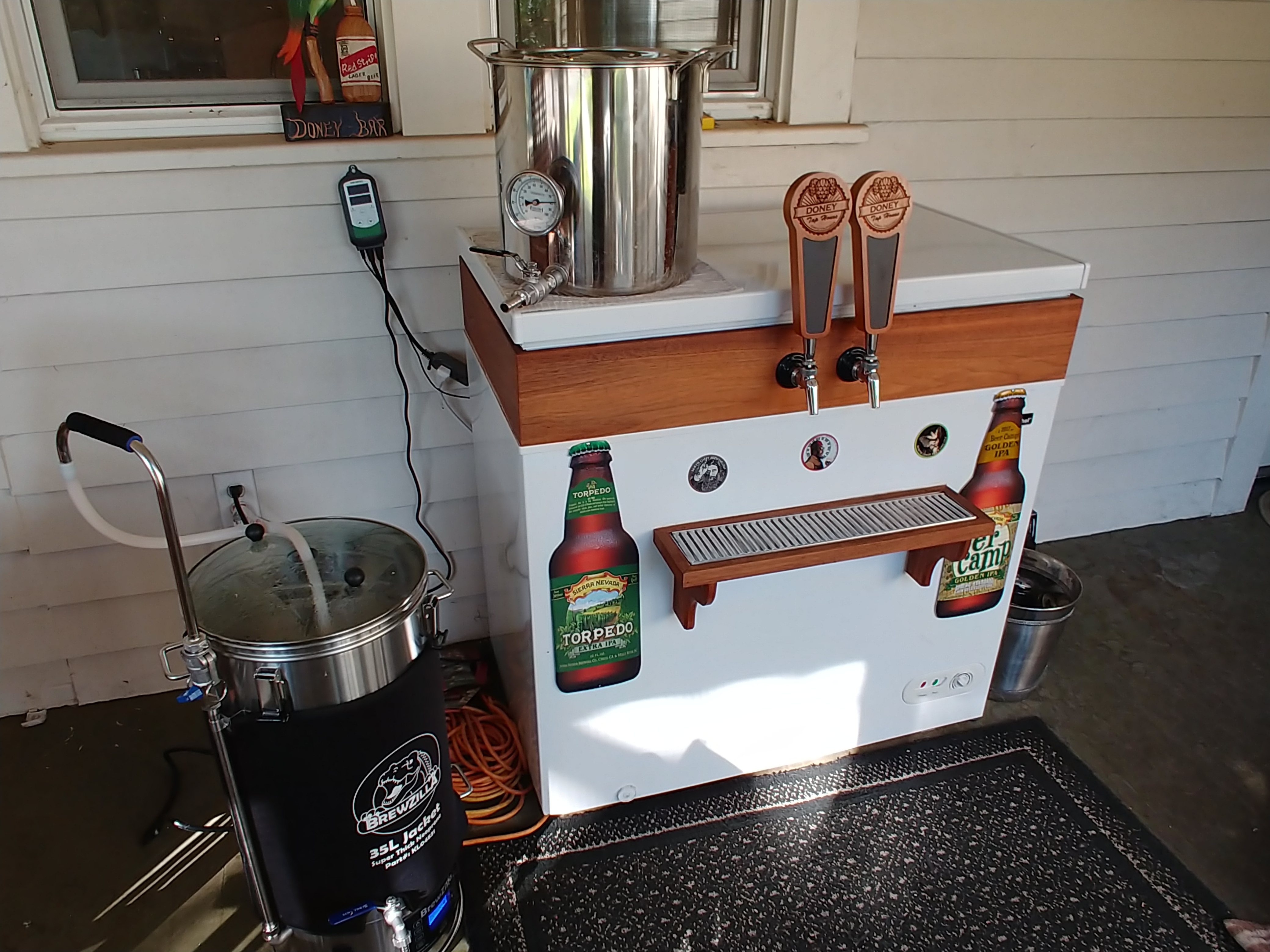 Location
Outside of Nola

I'm kinda looking at a Brewzilla myself. Haven't decided yet as still in the research mode.
That's the 110 version right? I currently have a BIAB setup but want to make the move to electric. I like the Clawhammer set up but they are out of stock and are horrible at returning calls or responding to messages so that has kind of turned me off to their product.
OP
OP

Yes, I went with the 110v version. I wanted the ability to brew anywhere and take my setup to group brew days on occasion. The Anvil Foundry was also on my list, but it was out of stock for several months. I did look at the Clawhammer, but like the Grainfather and Unibrau, it's about twice as expensive. For that price, I think I would rather put together my own system or go up to the 65L Brewzilla. At the $500 price point, I think the Brewzilla 35L and the Foundry (both with pumps) lead the pack.

In the future, I may add a Hot Rod Heatstick to accelerate the boil. It took about 45 minutes to get there last time. It's not terrible, but I could cut that in half with a heatstick plugged into a separate circuit. Would also work to heat my sparge water, rather than using the inside stove.
You must log in or register to reply here.

Jump in efficiency switching to Brewzilla?