I'm going to the brewery in Lamberville on Friday to take a tour and sample some brews! Has anyone gone and taken the tour before, how is it? And after we're going across the river to Triumph Brewing in New Hope for some food and they are tappng their 500th barrel!

I took the tour during the Octoberfest this year. It was pretty cool to see everything, being my first and only tour. I had not started Homebrewing yet so I didn't have many questions but maybe next time. I like Riverhorses stuff a lot and always pick up their limited and seasonal release when I see them.

I used to think they were great beers but that was back when I though Sam Adams was craft beer. I'd still like to check out the operation though.

I've not gone yet, but my SIL lives in Lambertville and I intend to tour Riverhorse and Triumph at some point. Let us know how it goes.

tried to take the tour and do some sampling at last year's shadfest, but we finally made it over to the brewery a few minutes after 5, not knowing that they were shutting down at 5.....

love me some hop hazard! in fact had a keg of it last summer for our annual bbq.

I've always found the beer there a little middle of the road. Nothing has ever knocked me over the head enough to say... buy a case. Nonetheless it's one of the better laid out breweries that I've been to and found the staff to be very friendly. You can't beat the location though if your taking the SWMBO with you. Mine spends all day across the river in New Hope and I get to drink beer and go fishing.
B

Battery_BreweryNJ said:
And after we're going across the river to Triumph Brewing in New Hope for some food and they are tappng their 500th barrel!

Across from New Hope? You mean Lambertville, right?

I'm from Jersey myself.

Actually, I had some of my photogs hanging in the playhouse in New Hope in the 80s when I attended Trenton State College.

As for being near the shore/beach, I lived in Atlantic City and my parents in Manahawkin (Beach Haven West)...so we were quite a bit closer...

I agree with others - not so happy with what I've tasted from River Horse (I feel like they are over-reaching maybe), love Triumph beers.
OP

I will say I'm more excited about triumph than riverhorse. I went to triumph in Philly and loved their beer. My origional plan was to take the trip to Deleware to Dogfish but the friday 3pm tour is booked up. Then iI looked into Flying Fish in Cherry Hill, but their tours are only on Sat. So Riverhorse was my last resort.
A

The Porterhouse, a brewpub just up the road in PA is the place to go. Great beers, great food, good service. Triumph is OK for beer, but has a stylish interior.
B

Aspera said:
The Porterhouse, a brewpub just up the road in PA is the place to go. Great beers, great food, good service. Triumph is OK for beer, but has a stylish interior.
Click to expand...

I've not been there lately (since the yards/PBC relationship and new brewmaster) but they had a spotty at best track record when it comes to decent beer. I'd imagine their current line up is on par with the PBC stuff?
OP

Wow the guys at River Horse were awesome. It was only my pops and I on the tour and I asked a bunch of questions, which were all answered in great detail. Got to meet the 2nd brewer which happens to have the same name as me(Jeremy) and is the same age! Talked to him for about 45min about homebrewing. He said that he was homebrewing so much that one day he thought to himself, There has to be a way I can get paid for this! Small setup but nicely done. Got to try some of their newer beers like a double Belgian wit, and an Honey Wisenbock, which were tasty. Took some pics and will post them.
OP 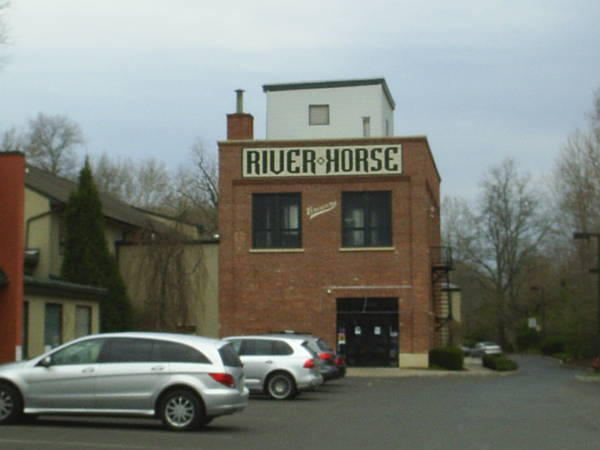 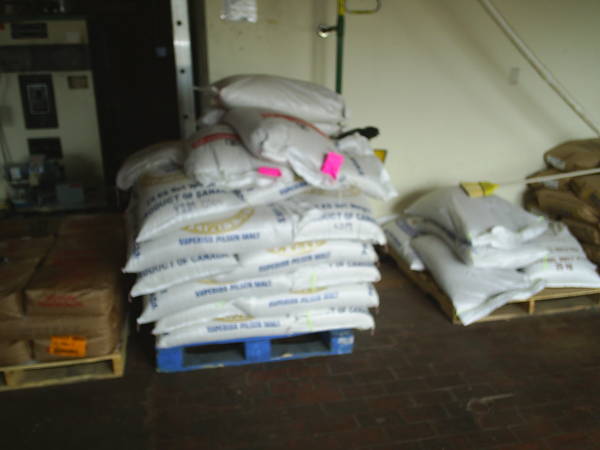 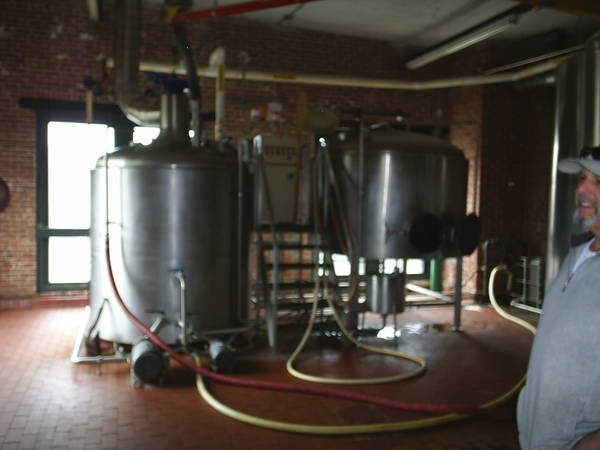 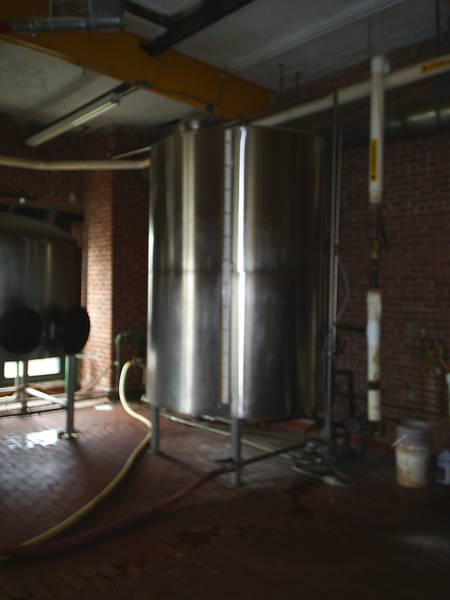 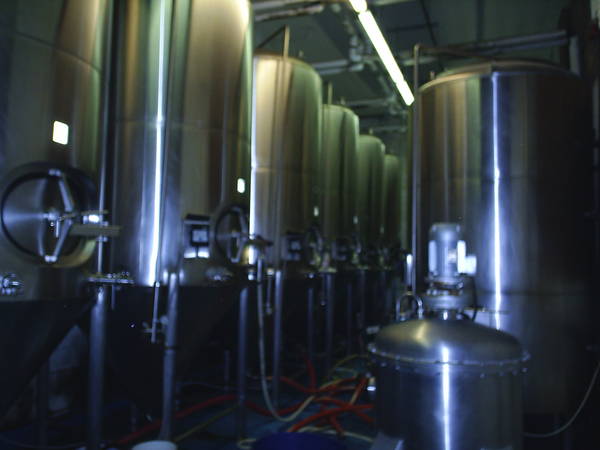 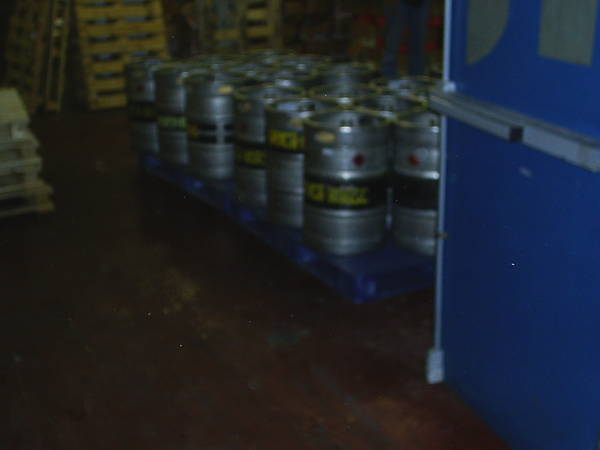 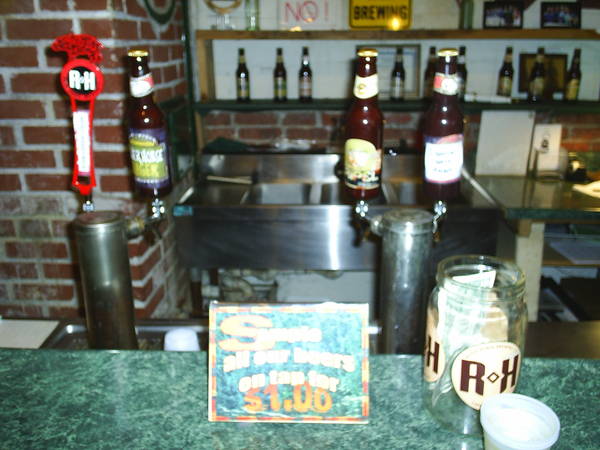 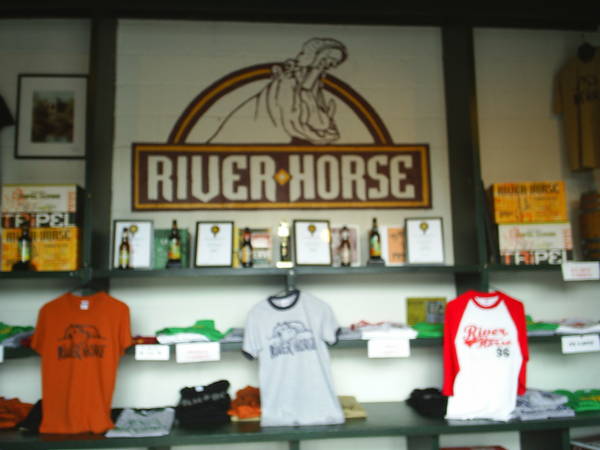 Nice - I will have to give their beers another shot - lots of good Karma!
OP

Yea they had an Imperial Cherry Ale thats fermented with sour cherrys, thats has an awesome hoppyness to it as well.

I've never been to Riverhorse, but I was at a local bar that has a "Keg of the Month" type deal from the local breweries.. and Riverhorse was featured last week. I tried the Burnt Sugar Ale. It was different. I don't know if it was the beer itself or how it was brewed, but it seemed very flat... barely any head on it. It also kind of had a black cherry after taste? It was good, but I wouldn't get more than 1 pint of it. Triumph is the bomb though.
OP

Are you sure it wasn't a cask ale? The brewer told me that they have been doing alot of cask ales lately for special event at different bars.
A

brewt00l said:
I've not been there lately (since the yards/PBC relationship and new brewmaster) but they had a spotty at best track record when it comes to decent beer. I'd imagine their current line up is on par with the PBC stuff?
Click to expand...

The relationship to Philadelphia Brewing Company is that they share the same brewmaster. They also must have put in an RO system as the beer is 100% improved.