Hey everyone. I was wondering what the shortest any of you let an imperial stout/Porter condition before consuming? In advance, I keg my beers so not concerned about bottle conditioning.

I tend to brew against tradition and tap most beers within two weeks, but those tend to be 5-7% abv beers and they almost always turn out nice. I just brewed a 1.093 imperial Porter today and don't feel like waiting 6 months. I pitched around 2pm and it had a healthy krausen within 4 hours and is fermenting strong 6 hours later (pitched a lot of fresh slurry and hit with a lot of pure O2).

What's the quickest you turned around such a beer and was successful? Or maybe you did this and ended up tapping jet fuel instead? Would love to hear your experiences!

You can drink it instantly. The thing is, if you keep a few bottles and wait half a year, you will regret drinking it earlier. These beers improve with time. Depending on your skill, they might already be great straight out of the fermenter, but they are all much better after appropriate aging time.

I just had this exact situation with a barley wine I brewed this summer. Luckily, I kept almost all bottles closed until now. It was already good after brewing but now it is REALLY good.

Do yourself a favour and develop patience with these heavy and big beers. Darker beers need the aging even more then pale ones.

Everything taken into account, my big beers need a minimum of a month, but 3 months is the sweet spot. Last year I set a few bottle aside and tasted every few months and definitely preferred the 3 month to the 6 month aging. Talking about a 10% IRS.
OP
OP
R

Just following up on my original post in case someone looks into something similar in the future, plus I appreciate when people actually follow up on their posts. I brewed the 1.092 imperial Porter last Thursday, 11/11, and took a gravity reading and sample today on 11/17.

It's already down to 1.021, not sure how much lower it will go. It tastes fantastic already. I'm very picky with my own brews and the only thing I can criticize is it's just young and a bit muddy. Needs some more clearing but it tastes awesome. No hot alcohol burn or fusels. No obvious off flavors.

That said I pitched a ton of really fresh slurry, hit it with 90 seconds of pure O2, and fermented steadily in the mid 60's with Mangrove Jack M42.

I know it's not shocking but it appears to pull it off, you need to do what you've already read about: pitch plenty of yeast, plenty of O2, and maintain steady healthy temps.

That said I'm reserving this for Christmas anyway so I'd imagine by then it'll be fantastic.

I have an imperial stout recipe on deck (hope to get it brewed next Friday or Saturday). My plan is to give it some time once fermentation finishes and then add oak spirals for about five weeks. After that, I'll carbonate in conical followed by my normal keg and can routine. Total time from grain to ready for glass is in the 8-10 week range. It all depends on how long it takes to finish fermenting. Current ABV target is about 10%. I'll be using Wyeast 1728 for the batch.

IME, 'quick' is a relative term. Advantage of my setup is I can easily pull a flavor sample from it to decide IF it's actually ready to get packaged. I won't do that early. But if it tastes good/great, it will get packaged up for consumption.
P

Miraculix said:
You can drink it instantly. The thing is, if you keep a few bottles and wait half a year, you will regret drinking it earlier.
Click to expand...

Yes yes yes what you said yes. So often with big beers, I'll brew a batch that's pretty darn good after 2 or (more often) 3 months. But by the time it's six months old, it's absolutely fan-freakin-tastic -- which almost makes me sad, because at that point I have only two or three bottles left.

I have a friend who found a bottle of my imperial stout in the back of his garage fridge, almost a year after I gave it to him. "Best beer you've ever made," he said. Course I had none left myself at that time, so I wouldn't know...

I never brew an imperial stout if I'm not willing to give it all the time it needs. Up to 4 weeks in the fermenter and another 6 months or more conditioning. For that reason I brew several average gravity beers to have on tap to drink until the IS is ready.

Did you ever order an expensive bottle of wine at a restaurant, and realize at the end of the meal that you drank almost all of it before it had enough time to breathe and then be at its best, making those last few remaining delicious sips, er, bittersweet?

If you want your dark beers ready sooner, you might consider cold-steeping the dark malts instead of including them in the mash. This greatly reduces the unpleasant bitter, acrid, and astringent flavors that take a long time to mellow out. On a side note, I read somewhere that some commercial imperial stouts are not aged at all before shipping to retailers; I recall Old Rasputin from Northcoast being mentioned specifically. Second side note, I remember reading somewhere that among Kveik's benefits to the brewing industry is that it enables breweries to quickly turn high gravity dark beers. YMMV. 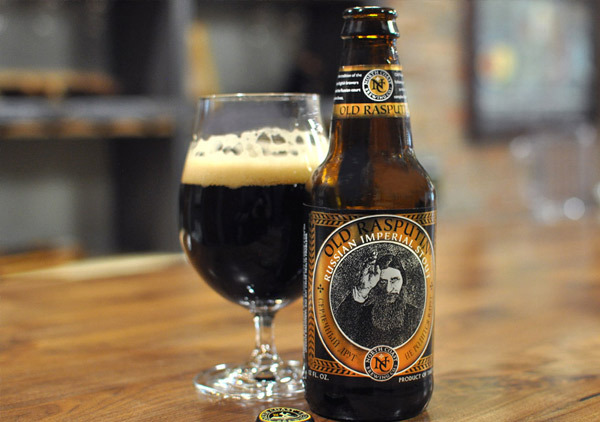 I brewed it once and did come together quite quickly.

In general though I do like a little age on my beers, so tend to agree with other about giving some conditioning time.

I had serious doubts about the efficacy of an overnight steep in cold water to extract the goodness from dark malts. What I discovered the next morning when I pulled the grain bag from the big jar was a viscous, dark as midnight syrup that looked like used motor oil. The flavor was smooth and sweet but intense with complex malty/toffee/chocolate flavors. Would make an amazing syrup for flavoring coffee drinks. I was an instant convert to cold-steeping and have never looked back.

Edit: to be totally fair, I usually up my dark malts just a wee bit to compensate for what I imagine is a slightly lower efficiency of cold extraction vs. hot mashing. I have no data or observation to back that up, just my own superstition. YMMV.

I’d lager the kegs 3-6 months before putting on tap. If you want quicker, you could begin drinking it earlier, but the flavor really improves by around 90 days minimum.

If you brew another batch and get the second keg of it into your rotation, you will always have properly aged beer on tap.
Last edited: Nov 21, 2021

I'm wondering if you could make a quick RIS by making regular strength stout, adding bourbon to bump up the ABV, but also using more specialty malts to balance the flavor.
Basic Brewing Video had an episode a while back making a bourbon stout with extract/steeping grains and added 3 oz of bourbon in 2 gallons of beer at bottling.
The beer was 6.7% before adding the bourbon. So with 3 oz on 2 gallons that makes it about 7% and they said the taste was very good.
Before the bourbon was added, the extract beer finished at 1.022, so if you used grain instead of extract, and got it down to the 1.012 range, you could probably be close to the low RIS range of 8% ABV without changing the recipe. If you wanted higher ABV by adding more bourbon I think you'd have to tweak the specialty malts somewhat.
It would be interesting to see if you could really push it, use Kveik yeast get the fermentation done in 3 days, add enough bourbon to hit your desired ABV, keg it and be drinking it in 5 days.
So the original question was asking if you could get a beer to condition faster, and I'll say no, not really, but there are other ways to get to the same goal.
Last edited: Nov 21, 2021

Voss kveik would speed up the process considerably. Have gone back to wlp004 though as i am not in any hurry. Saying that my last 9% tastes remarkably good after even a week but i intend to wait until Xmas before drinking.
M

I su;ppose the age of this thread is appropriate considering the beer we're talking about.
I brewed one on April 18 and kegged it May 18, tapped mid June. I took it to a beer meeting and was told it's ready now.This is the first 10% RIS that was ready this quick.Yes it's getting better,in that I can now taste the different malts and sugar(love D-180). The reason I think is because I mashed at pH5.5. My last one was 5.1 so quite different and this one wasn't tasty for 6 months. I'm fortunate (?) to have well water that when diluted 50/50 with RO gives me 250 ppm alkalinity.
M

If you have good brewing and fermentation practices you don't necessarily need a long time before the beer is good to drink, depending on the recipe. Some imperial stout recipes are designed intentionally to age. Those are quite harsh early on, which is part of that intended process. The newer, sweeter imperial stouts are designed for earlier consumption and shouldn't need as much time to smooth out. Ultimately it's all relative. When you enjoy drinking the beer is when you should drink it. Not everybody loves the taste of a lot of age on their beers.

Oct 26, 2021
Teufelhunde
T
T
Not sure if I should start brewing again or not