I've been homebrewing for a couple of years now and have 25-30 batches under my belt. I've been bottling my batches this whole time, and one thing I've noticed consistently is rapid flavor loss, presumably due to oxygen. I make sure to practice all the usual recommended techniques - minimize agitation and air exposure during transfer, cap on foam, etc. Nevertheless, my beers are pretty delicious from about 4-5 weeks in bottle up until about 6 weeks in bottle. At that point, they're still good, but the flavors start to become noticeably muted. As the hops flavor fades, my beers often taste too sweet. Diacetyl production during aging could be the cause. Compounding the problem is that I get the occasional gusher before 5 weeks in bottle. After 5 weeks, carbonation seems to reach equilibrium. Ideally, I'd start drinking my beer after 5 weeks in bottle, but at that point flavor is already on the decline.

I'd like to start kegging eventually when time, space, and budget allows. I think this will help with flavor loss due to oxygen exposure, but in the mean time, I'm searching for a better way to bottle.

In addition to beer, I also enjoy wine, and I own and use a product called Wine Preserve. It comes in a can for about $10, and is a mixture of argon, nitrogen, and carbon dioxide. It's very effective at preserving the flavors in an opened bottle of wine for up to a week.

Given that it's fairly inexpensive, I wondered about using it in my bottling process. I could use it both to flush the bottle before filling, and to flush the headspace before capping. It wouldn't help with oxygen ingress over time, but it should help reduce the amount of oxygen the beer is exposed to in the bottle.

Thoughts? I brewed a batch yesterday, so I think I'll give it a shot when I bottle in a couple weeks. I'll fill a few bottles without the Private Preserve, so I have a point of comparison.
Last edited: Oct 4, 2018
B

I think that sounds like a good idea. Just don't be one of those posters who claims they'll report back, and then vanishes into thin air.
OP
E

I used the Private Reserve to flush out any oxygen that made its way into the fermenter when I dry hopped yesterday.

I've since realized 5 gallon kegs will fit in my fermentation chamber with no collar, especially the shorter torpedo kegs. I'm leaning very heavily toward buying two kegs, a regulator, and a CO2 tank so I can do a closed transfer from my fermenters to the kegs. Then I can force carbonate and serve from my fermentation chamber with a picnic tap. I could pick up a Beergun or counterflow filler, and bottle what's left in the kegs when I want to use the freezer to ferment another batch of beer.

If I go this route I'd have to skip my Private Reserve experiment, but I still think it would be worth trying. Whether the cost makes sense just depends how quickly you go through a can.

I bottle my beers and they don't suffer from oxidation.
Never had a gusher.

How well does your fermenter seal?
How many times do you open it after pitching yeast? (For fining, dry hopping, gravity samples, tasting samples, etc.)
How long is it in primary?
Do you leave it in primary or also use a secondary vessel?
How do you transfer to bottling bucket?
How long does it take to bottle once it's transferred?
Do you use a bottling wand?
Do you use oxygen absorbing caps that you active immediately before or after bottling?

5 weeks to carbonate? What temperature are you conditioning them? Mine are fully carbonated in about 2-3 days.

I use vitality starters so I don't add oxidized beer to my fresh wort.
I leave my beer in primary with a waterless airlock (after switching from blowoff after a couple days). The Fermonster with silicone airlock seals incredibly well.
I bottle soon after it is finished (around 10 days for most ales).
I have a spigot for samples so I never open the top. I don't use finings in the fermenter.
If I did need to open the fermenter I would want to purge with CO2 (or other inert gas).
I silently rack on top of the priming sugar, wait a couple minutes, stir it gently, and bottle with a wand that doesn't leak.
My wand doesn't generate foam.
I use oxygen-absorbing caps that I active after bottling.
I condition between 70-75 and invert the bottles a few times to rouse the yeast twice a day for 2-3 days.
A day to chill and I'm drinking them on day 3 or 4 after bottling.

Hope this helps.
Kegging seems to have its own set of headaches and expenses. However, the benefit of closed transfers can't be disputed.

You could pretty much bottle with a mostly closed transfer by using a purged bottling bucket with lid/airlock or bottling straight from the fermenter. Of course it still hits some air while the bottle is being filled unless you somehow could purge that too.
I haven't found this necessary.
Last edited: Oct 10, 2018
OP
E

RPh_Guy said:
How well does your fermenter seal?
How many times do you open it after pitching yeast? (For fining, dry hopping, gravity samples, tasting samples, etc.)
Click to expand...

Pretty well. I use a pair of glass carboys with a rubber stopper and an airlock. I only open to pitch yeast, dry hop, and fine. The last two depend on the beer. I usually try to dry hop as fermentation is winding down, so the yeast are still producing CO2 to expel any oxygen I introduce.

How do you transfer to bottling bucket?
How long does it take to bottle once it's transferred?
Click to expand...

I use the sterile siphone starter. Try for a nice smooth transfer without any agitation or bubbling. I'd say it takes me about 15 minutes to bottle once transferred. I get everything ready first.

Do you use a bottling wand?
Do you use oxygen absorbing caps that you active immediately before or after bottling?
Click to expand...

5 weeks to carbonate? What temperature are you conditioning them? Mine are fully carbonated in about 2-3 days.
Click to expand...

Not five weeks to carbonate. I keep them around 70F. I usually start drinking them around 3 weeks, but I find the flavors take longer to stabilize. They're not very consistent bottle to bottle at 3 weeks.

I think oxidation is hard to recognize. It doesn't always have a distinct flavor, it's just responsible for the muting and fading of the various flavors in the beer. If the flavors all fade at the same rate, this isn't so bad, but when some flavors fade faster than others, the beer gets out of whack.

I've bottled quite a few batches and have worked the whole time on improving my process to reduce oxidation, but I'm still not happy with the results. I've recently come to the realization that when I cold crash the beer, the fermenter sucks in a lot more air (oxygen) than I had originally thought, so I need to device a balloon to fill with CO2 that can be sucked back into the fermenter.

I think having a CO2 tank on hand will be really useful. I can purge the headspace of the fermenter when I add dry hops or gelatin, and can do a much better job in general keeping O2 away from my beer. Looking into a couple torpedo kegs and CO2 right now...

Totally understand oxidation happens in degrees. I can notice the decline in flavors a lot in the first few weeks after bottling if I screw up something. I also notice a lot of commercial beer oxidation. If it's a beer I've had multiple times I can tell when it's fresh pretty easily.

I think the cold crashing and fining are what's introducing too much oxygen in your process.
I noticed a big difference the one time I cold crashed and used gelatin; it was noticeably less fresh than my normal process.

Maybe try a batch without crashing/fining and see if it helps. Personally I'd rather have flavor than clarity, and the bottles clear with time +/- refrigeration anyway.

The bottle caps are activated when they get wet. I take the risk to not sanitize them. So far so good.

I suppose if I were to get a couple of kegs I could cold crash in the keg.

I will say that my cold crashed, non-carbed beer typically tastes fantastic at bottling time. It could be that the effects of oxygen introduced during cold crashing have some lag time, or it could just be that most of the oxidation is happening during the bottling process.

Oxygen dissolves in the beer during the crashing and fining, but doesn't react quickly because it's cold.

During the couple weeks of conditioning at room temp is when the chemical reactions occur, causing the loss of flavor.
OP
E

RPh_Guy said:
Oxygen dissolves in the beer during the crashing and fining, but doesn't react quickly because it's cold.

During the couple weeks of conditioning at room temp is when the chemical reactions occur, causing the loss of flavor.
Click to expand...

I've always cold crashed with a solid rubber stopper which seems to make a pretty good seal. The stopper is always under vacuum when I package, even if I leave the beer at cold crash temps for a few weeks. I don't doubt there is some oxygen ingress, but hopefully it's minimal.

RPh_Guy said:
During the couple weeks of conditioning at room temp is when the chemical reactions occur, causing the loss of flavor.
Click to expand...

That's a good thought... I tend to leave the bulk of my bottled beer at room temperature. It is usually fully carbonated after 1 week, but due to fridge-space limitations I leave the bottles in our cellar; only bringing up a sixer at a time to chill and serve. I'm thinking I should be moving them to cold storage once they are carbonated to slow those reactions. General space limitations in the house have prevented the installation of a beer-specific fridge.

Check out this article:
https://www.morebeer.com/articles/oxidation_in_beer
In table II it shows how much storage temperature makes a difference in staling.

Also, oxygen solubility increases as temperature of the beer increases, so exposing cold beer to oxygen is potentially worse. 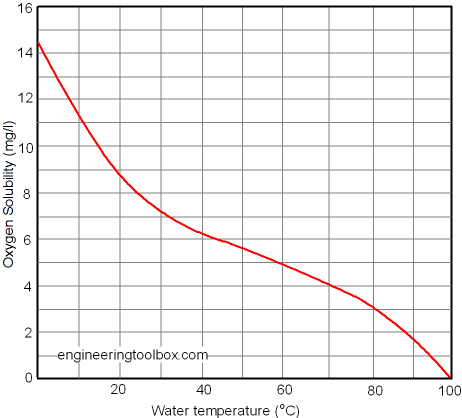 Waxing the bottle for preservation