1. In the league (co-workers), where I'm the commish, I moved from ESPN to Yahoo. Each site has it's pros and cons. I'm good with whatever is selected, though.

2. Half the league making the playoffs might be a bit much. Now if it were a 14 team league, then 6 teams would work out pretty good.
(EDIT: If there were enough teams for two leagues, the three bottom teams move to the "B" team the following year, while the 3 top teams of the B team would move to the "A" team. Just a thought)

3. Regarding the IR spot. Is this something that can be abused? Possibly hoarding players?

4. It seems that there are derelict teams every year. In other leagues, I have seen teams that would play, make moves and so on.... but as soon as there are some back to back losses, they lose interest.

In the Yahoo leagues that I play you are allowed a certain number of IR spots. (it's 2 in one, and 4 in another) But, if a player becomes available you're not allowed to make any roster add/drops unless you move that player from the IR spot. This eliminates any hording of players.

In those leagues I had a bigger issue with managers taking advantage of unlimited add/drops, since that places players on waivers instead of being a Free Agent after the waiver claims are processed. So we instituted a weekly add/drop maximum.

I also like the thought of rewarding the second place team. I would be willing to send #2 a couple of beers, since it will fit in a USPS Flat rate box for cheap.

Well, looks like I'm headed for the consolation round...

How much beer am I supposed to be sending? I never really looked at the rules because I just planned on winning it all

Looks like it's Just Joshin vs Hop To It for the championship, and more importantly, the beer!

Congratulations Just Joshin! When you send us your address also let us know your style likes!

Congrats Just Joshin!
Like @TallDan and @TBC said, we'll need your address and what styles that you like.

Quite a good season--you led the league in points scored AGAINST you, but still managed to fight through that to the playoffs and the championship. Impressive!

Shoot me a PM with your address and I'll get something out to you. I'm in Southern California if you want anything West Coast... I can semi-regularly find Russian River stuff (more their normal bottled stuff than the sours--those are still hard to find).

Thanks guys! Who would have thought, huh?

I'll put together a PM and send it out in a bit. It was as fun as it always has been. Looking forward to next year already!

Thanks @betarhoalphadelta for the fantastic breakdowns. They had me believing I was out of it, but enjoyed them none the less.

I just sent out the PM's. It had to be 2 groups since we are limited to 5 recipients per message. I didn't include the 2 derelict teams. Thanks again all.

I would have put in the two derelict teams. Who knows.. maybe they would honor it.

I can send out a separate message to them.
OP
OP
L

Anything you prefer, or in search of, further north in California?

Nothing I can think of off the top of my head. Anything super local would be greatly appreciated!

Got this today from @_BullDog_. Thanks! I have to assume that the bottles are homebrew, what styles? 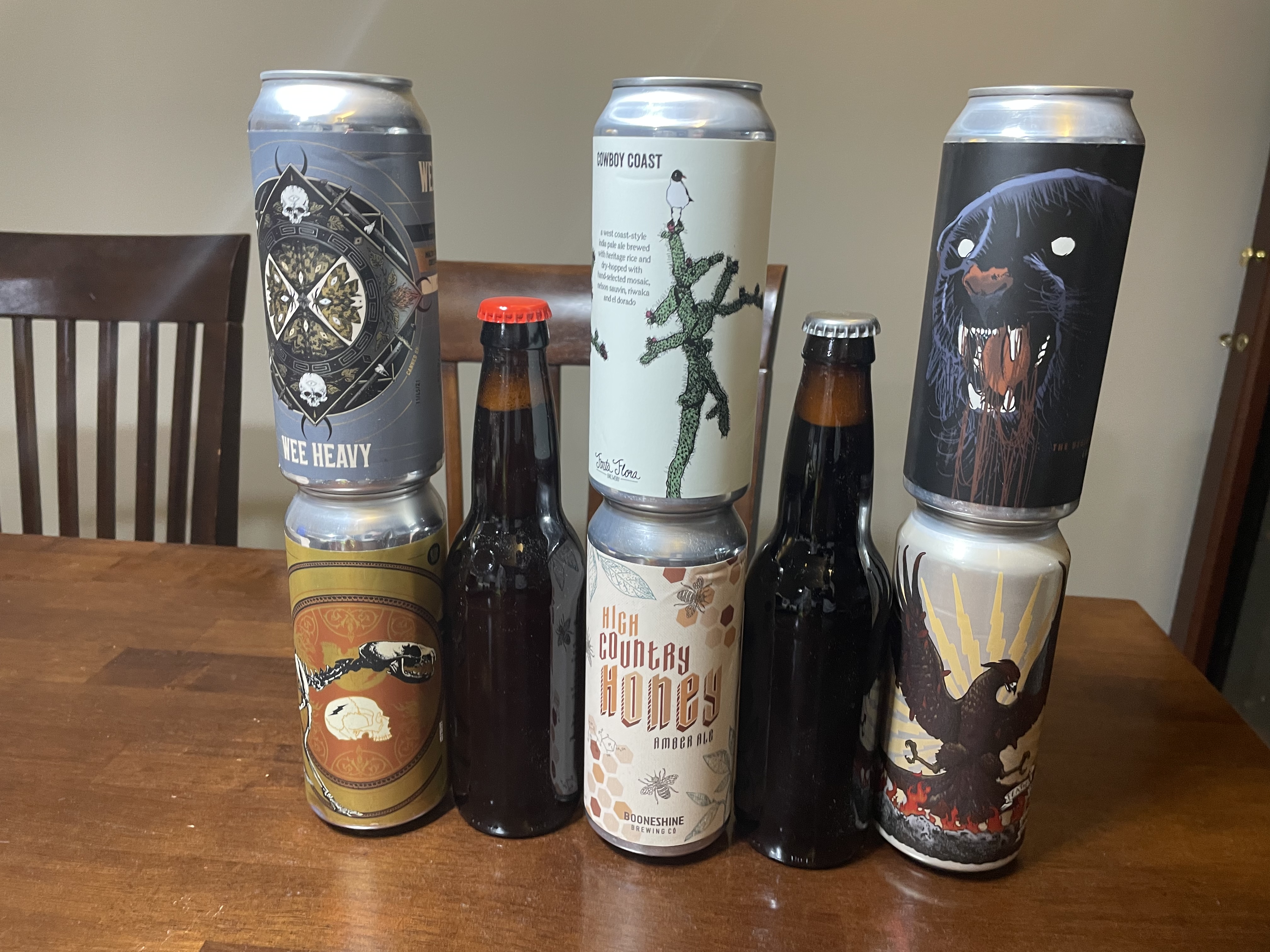 As soon as I receive some beer, I will be.

Sorry for the late update…. But this beautiful package from @_BullDog_ came last week. I can’t wait to get into them. Birthday is Sunday, so it might be a good time. 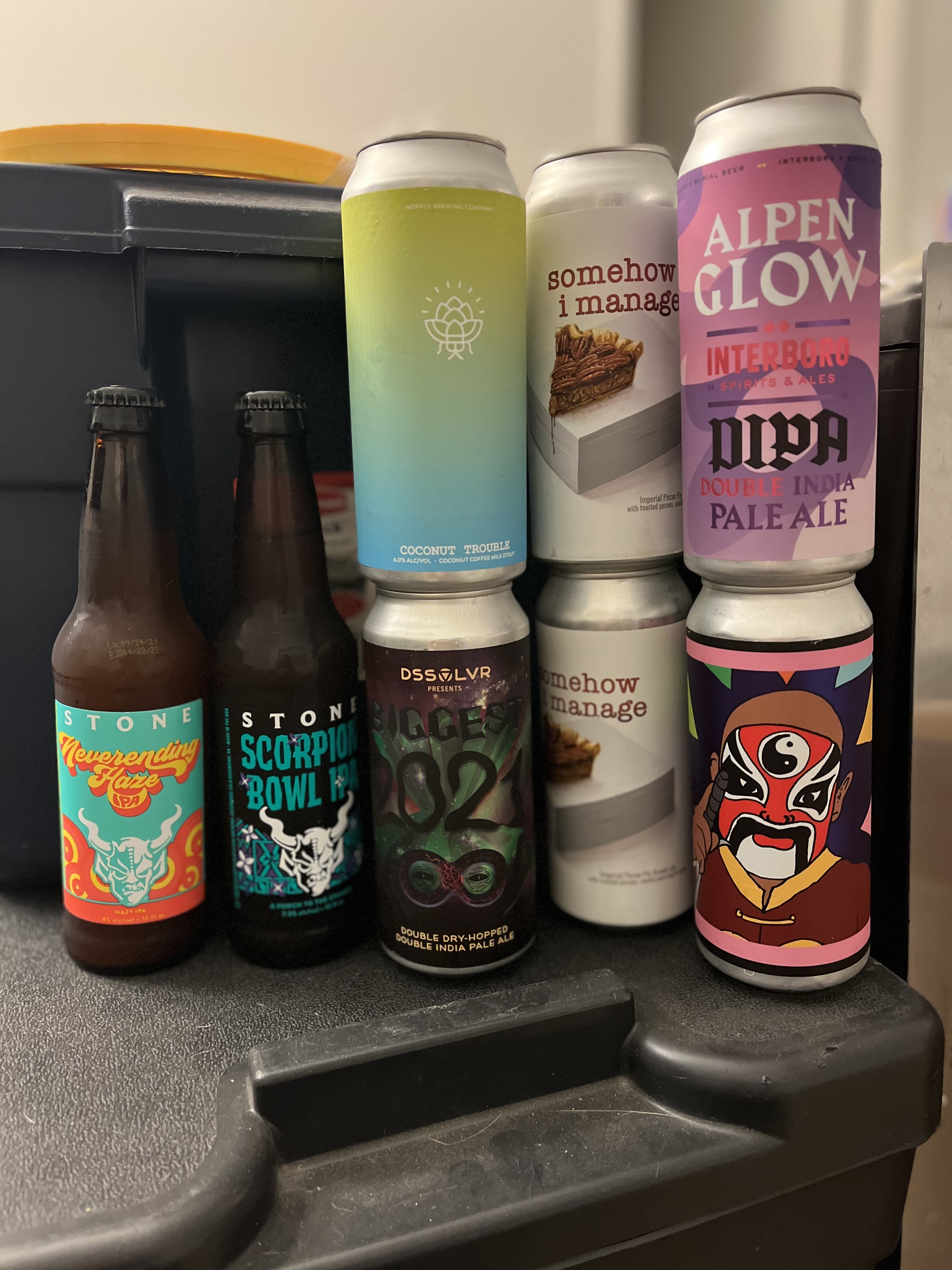 And this glorious package from @TallDan came yesterday. If not for the generous people on this site, I would never get the chance to try something like Dark Lord. Many, many thanks! 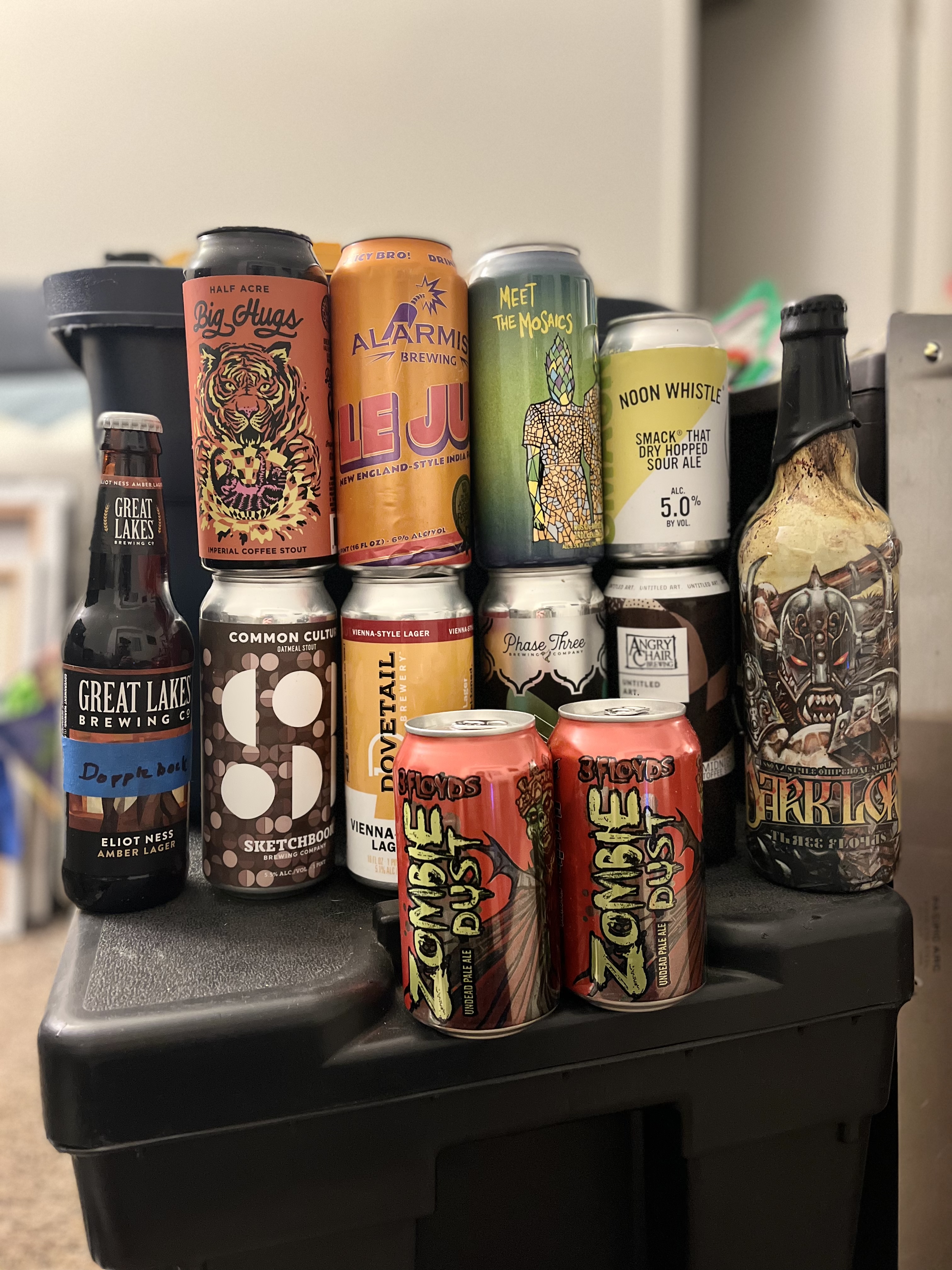 The bar has been set high with these first 2 packages. No pressure though.

Enjoy and have a great birthday! 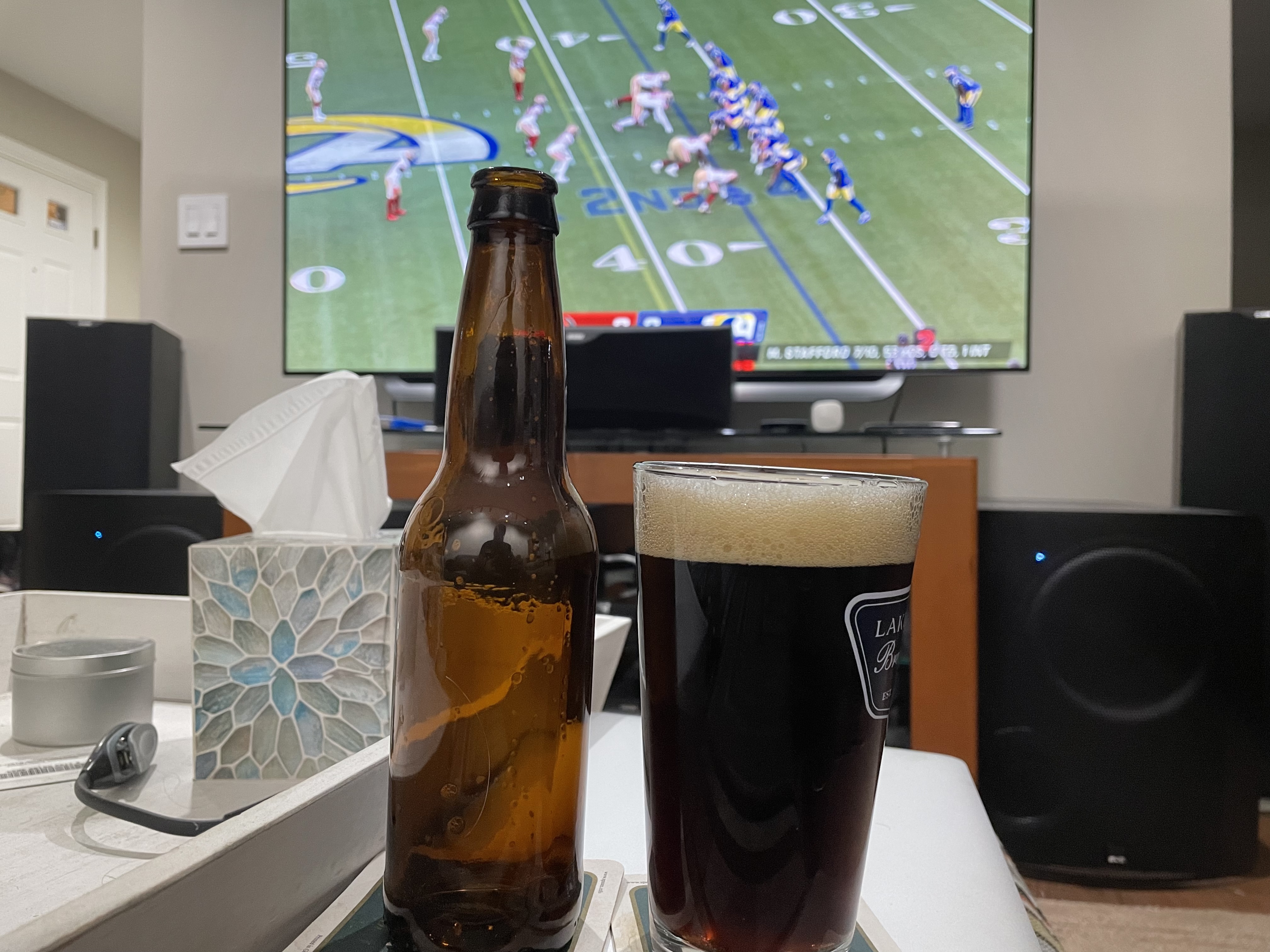 Happy Birthday @gromitdj !
I'll send the beer soon. Hopefully in a week or so.
B

Happy Birthday! Hope you had some good beer with the games!
B

@TallDan hope you enjoyed the HB.

Thanks, everyone. I did enjoy some great beers.

I always love meeting other brewers, and @betarhoalphadelta was certainly no different. Had a great time hanging out with you and Mrs. Blonde. Even better that you brought a bunch of great beers I can’t wait to try. 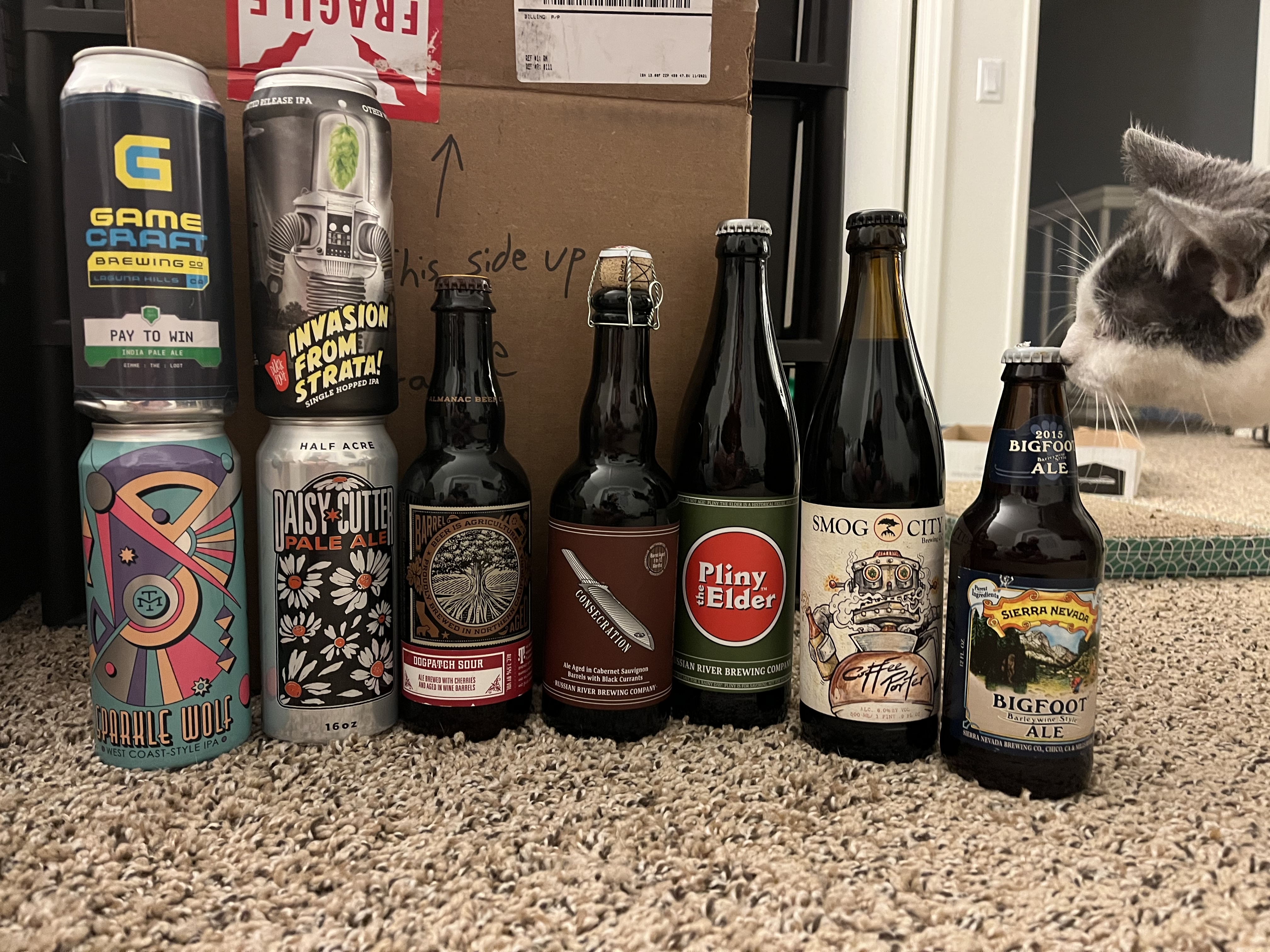 Haven’t forgotten about sending my box out to @gromitdj should have it out in the next week. Style preference or a dislike I should stay away from?

LoneTreeFarms said:
Haven’t forgotten about sending my box out to @gromitdj should have it out in the next week. Style preference or a dislike I should stay away from?
Click to expand...

No sir. Anything you think I should try is very much appreciated.

I did receive a very nice box from @TBC. I'm sorry that I haven't gotten a picture of it up yet. It's one of many things on my weekend todo list.

For housekeeping purposes, the following people have punched their tickets to next season:
@_BullDog_
@TallDan
@betarhoalphadelta
@TBC

Box says delivered @gromitdj hope they all made it safe.

I did receive 2 boxes while I was away over the weekend. Will get them opened tonight. Thanks!

I can finally provide some pictures for all the beer I’ve received. Man, these are some great boxes! You have no idea how hard it has been to wait until I could take some pictures.

Thankfully, the abundance of beer has helped. 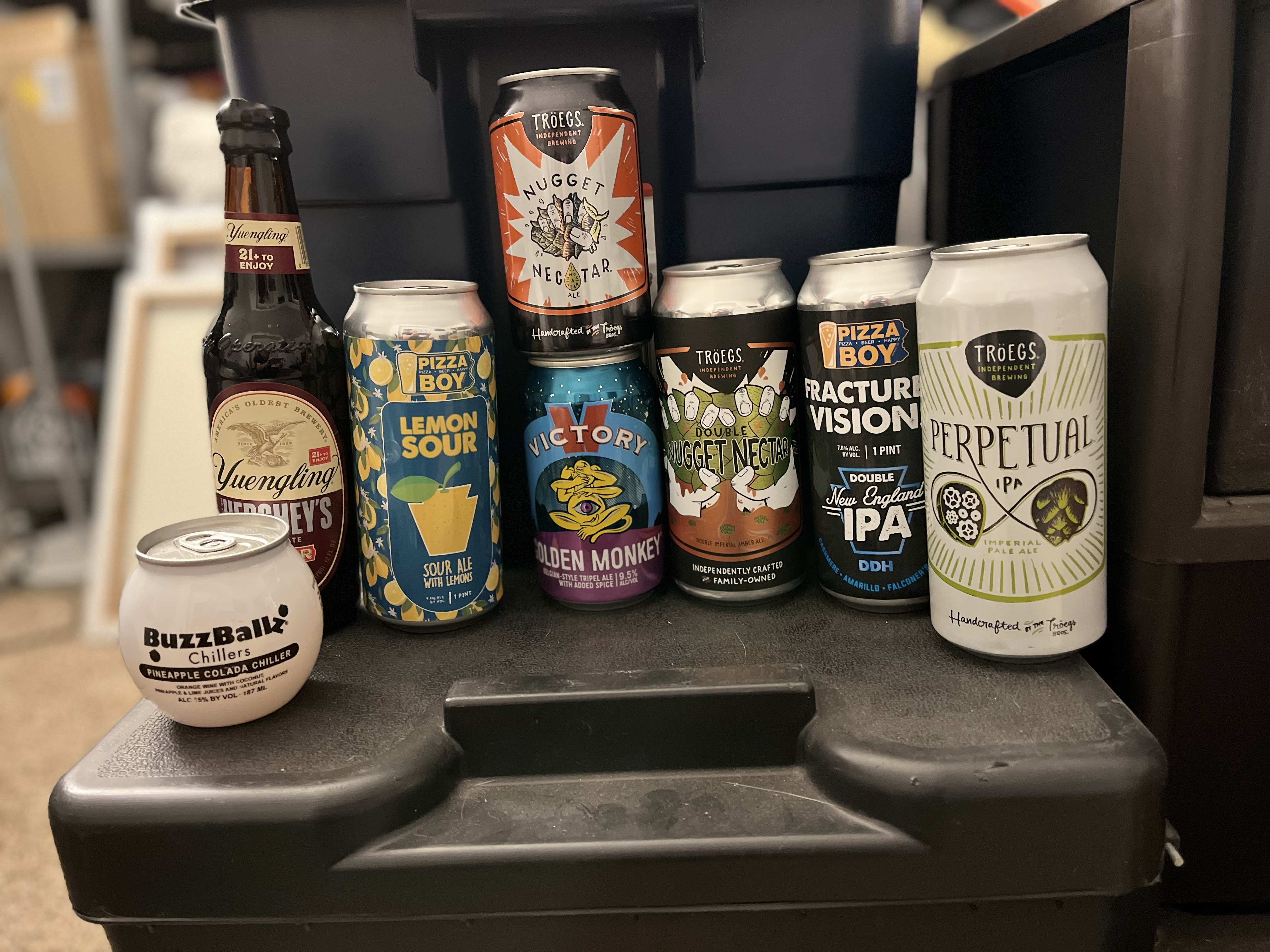 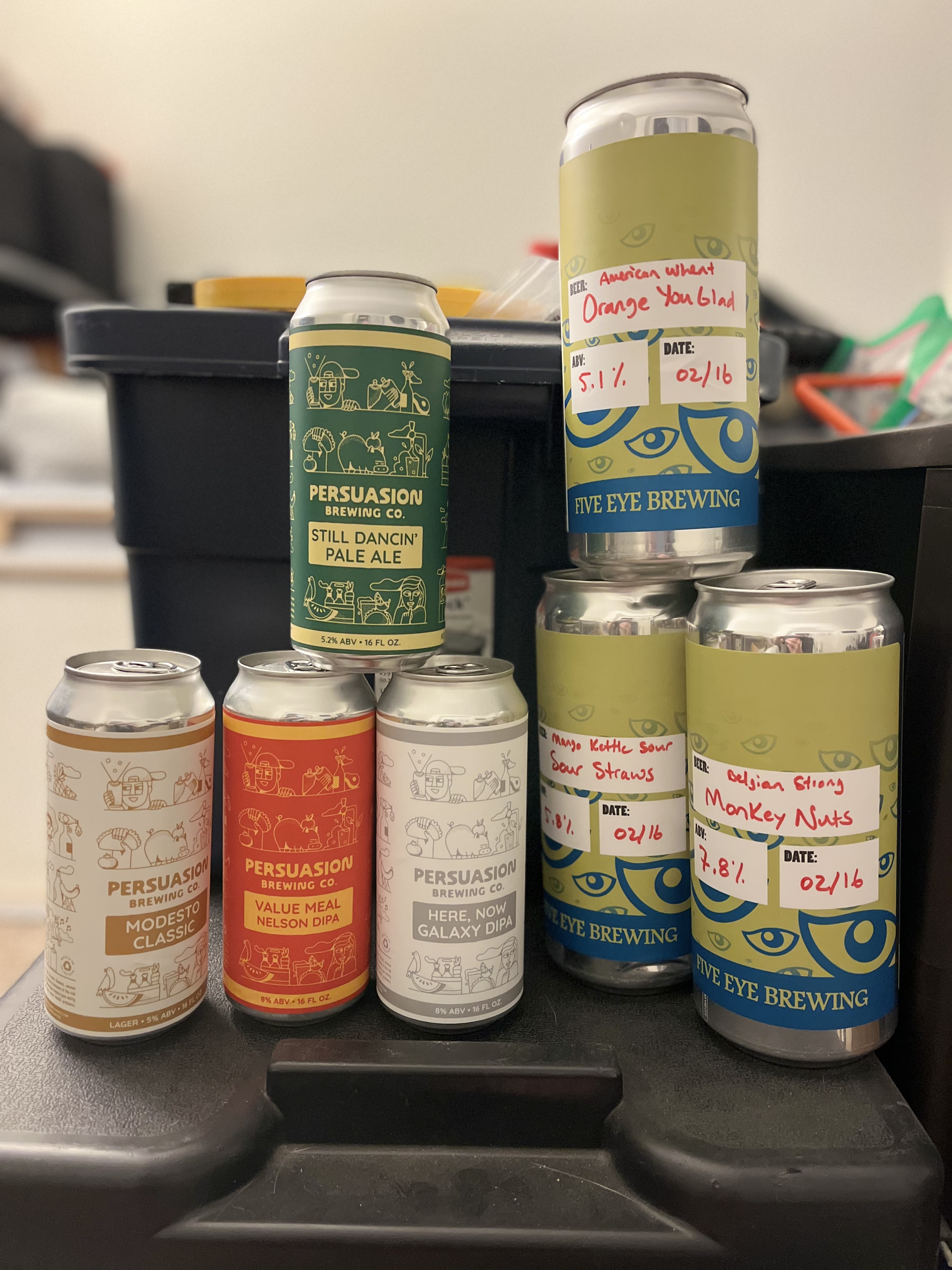 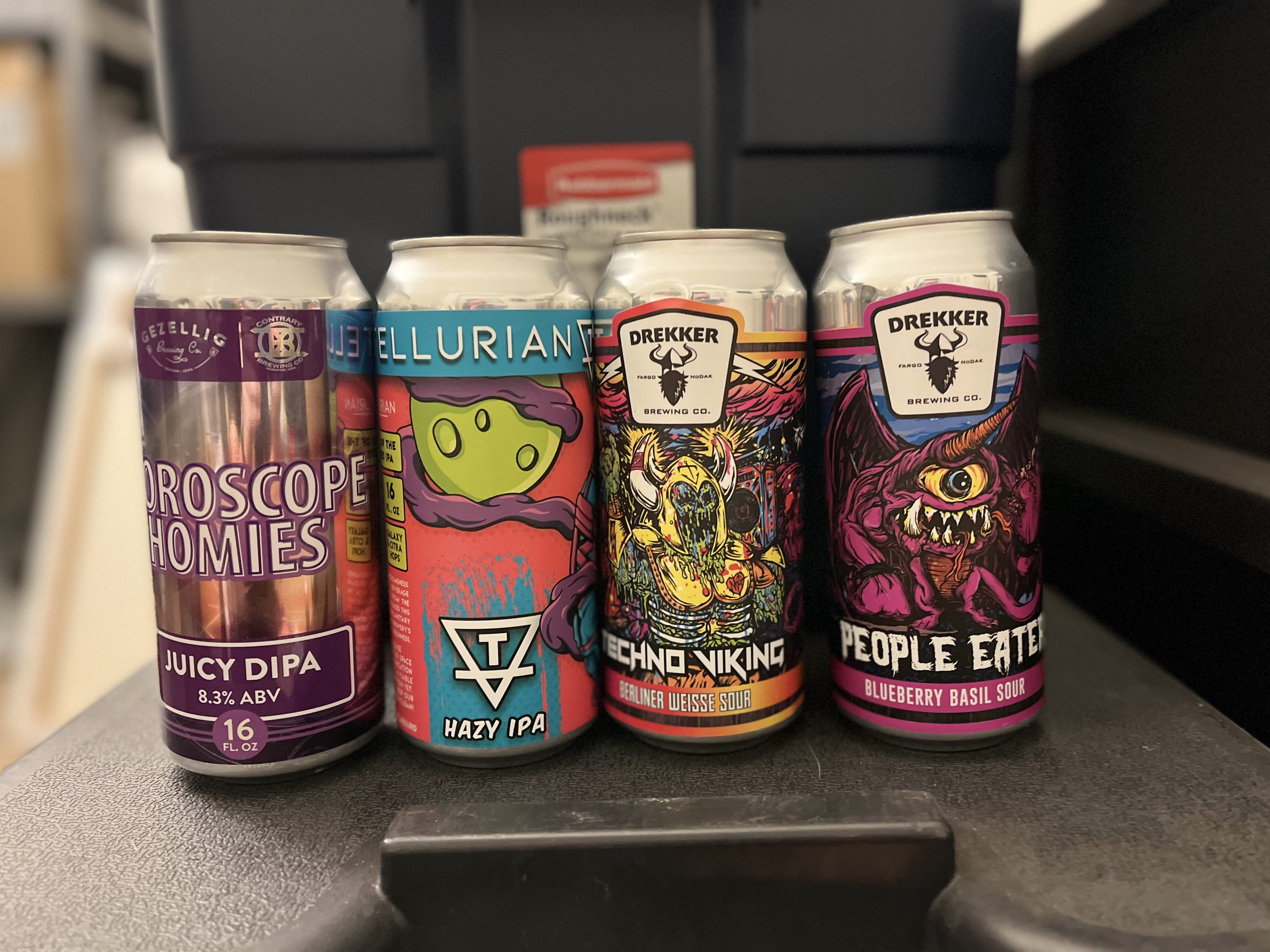 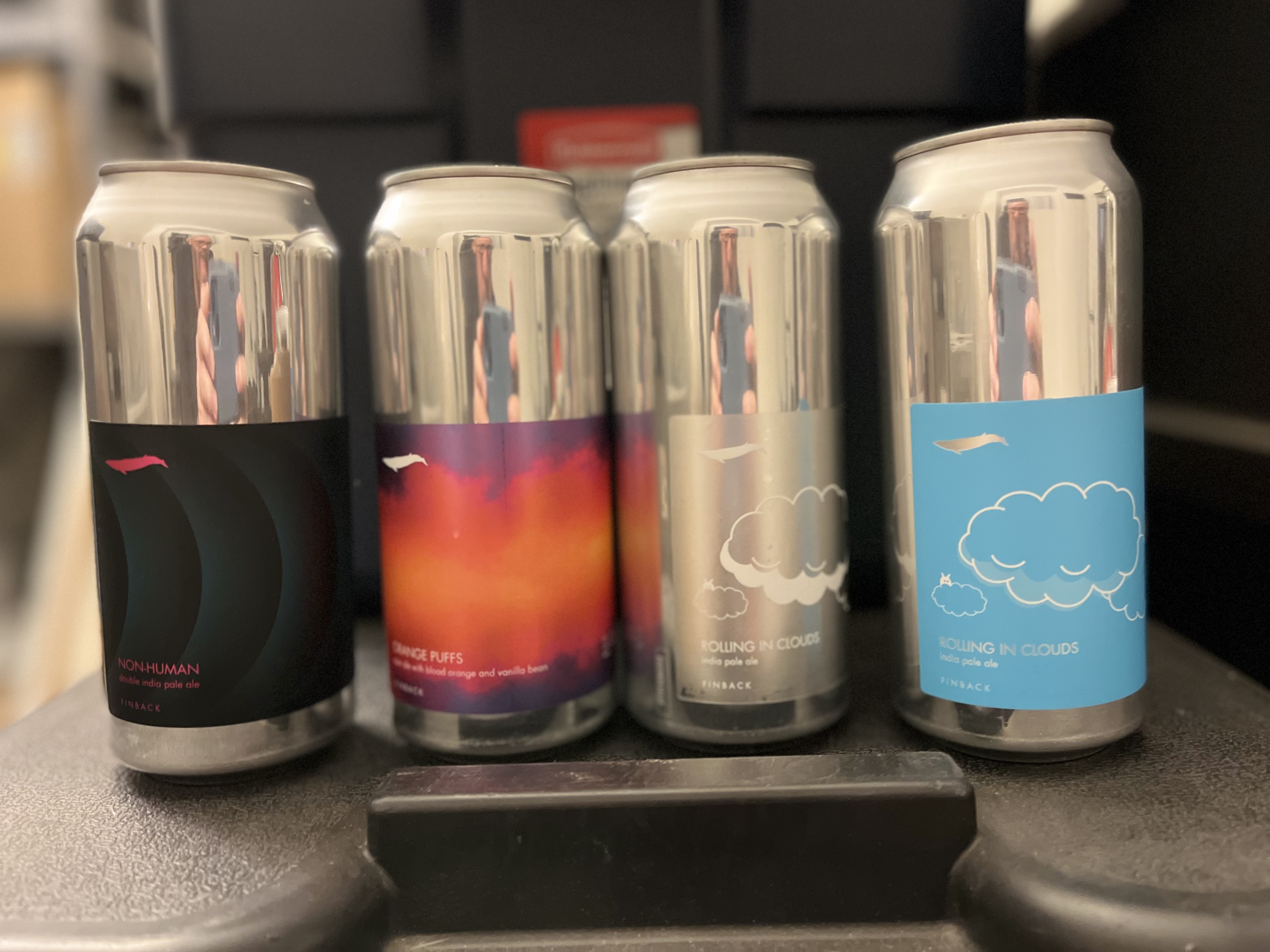 Chorgey said:
I would have put in the two derelict teams. Who knows.. maybe they would honor it.
Click to expand...

Holy Crap. I just realized I was one of those teams.

Sorry, things got in the way and this is the first time I'm logging into HBT since before this past season even drafted. I had no idea I had a team, but can understand as I had been actively part of the discussion leading up to it. I would never have purposefully screwed up the competitiveness of the league, I'm so sorry to anyone it negatively affected (although it appears almost everyone had a good win against me).

That being said, I got the PM and the least I can do is send over a bit of winnings, @gromitdj

No worries. Life gets in the way sometimes. Glad to hear you're doing well. Sent you a PM.

@gromitdj, I fell behind as well. Last year I was the first to send out the beer and it looks like this year I’ll be one of the last. Grabbing some beverages on Saturday and shipping on Monday.

I did receive a package from @Chorgey over the weekend. Will get it opened tonight. Thank you sir!

Another incredible package. This one from @Chorgey 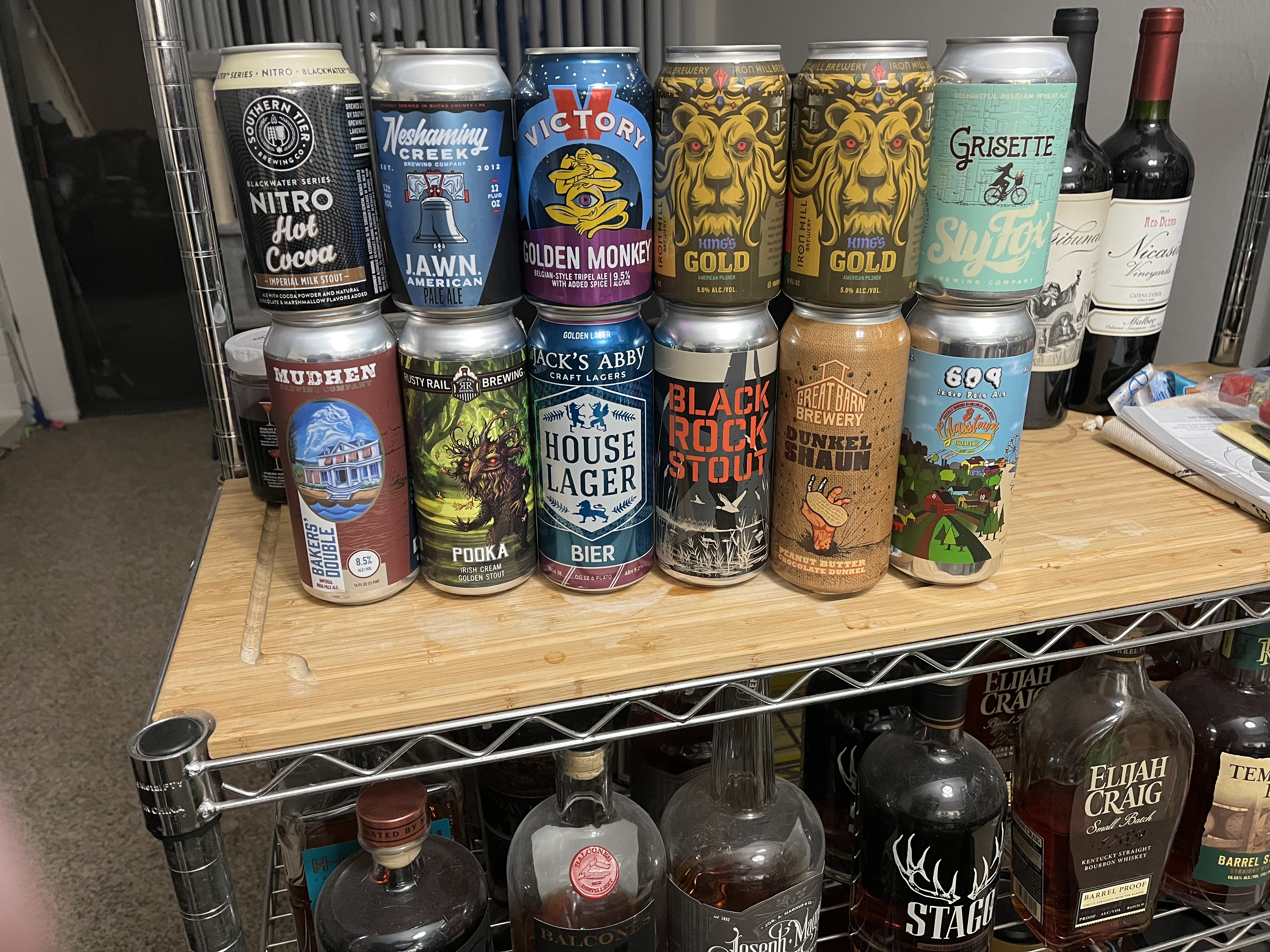 Enjoy! Iron Hill's King's Gold is a GABF winner (American Lager - 'King's Gold' GABF Gold Medal winning Pre-Prohibition Lager) from our very own @kingmatt
You must log in or register to reply here.