I just returned from three weeks in the Philippines and, apart from the excellent San Miguel beer (grandes, of course) and Tanduay rum, I had a chance to try tuba (2-bah'), or homemade palm wine. Tuba is widely made and consumed around the Philippines and during a visit to the mountainous rice feilds to visit some in-laws, we had several glasses after the pork, fish, and rice was served during the afternoon meal.

Shortly after the coconut palm flowers, and before the coconut forms, the flower is cut off with a bolo and a liter soda bottle is attached to the stem. The juice flows into the bottle and is fermeted with the wild yeast present in the area. The Filipinos get ****faced on the stuff. I had a few glasses and found it kind of yeasty and only ok, but if that was all that was available, I'm sure I'd be drinking it too. 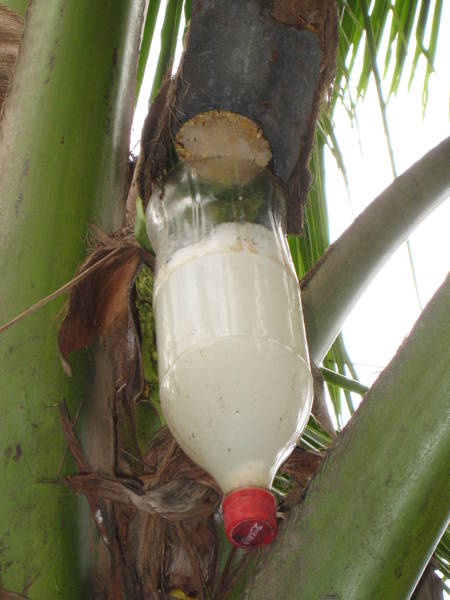 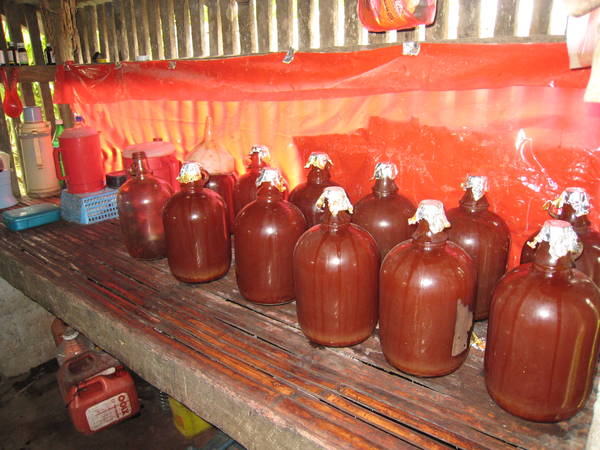 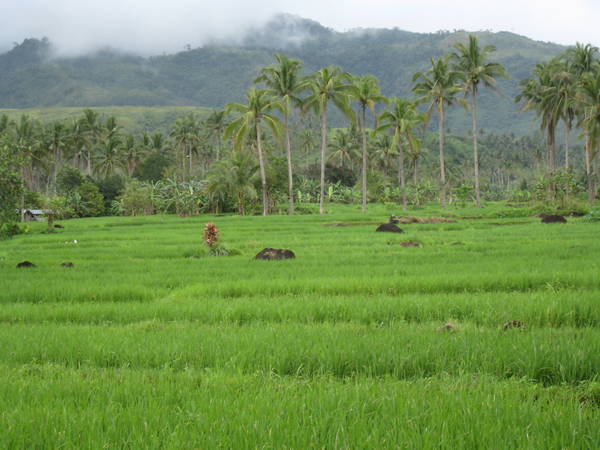 I did a little research last year after seeing some travel food show(can't remember which one). It seems that it needs to be consumed while young to prevent it from turning to vinegar. Which is a shame because most alcohol tastes better with a bit of age.
H

First off I luv San Miguel!

secondly, I have a really good friend who drank lots and lots of palm wine in Africa while in the Peace Corps. I wanted to get him some as a present, but found out, like you said, that it doesn't age well due to envirnomental factors.
T

Hello Solstice. I visited the PI when I was in the Air Force. That picture of that rice field (?) is post card perfect. There is an awfull lot beauty to be seen in that contry and the people are so warm and friendly. I loved it there.
OP
OP

You really have to hand it to the Filipinos, they work hard to make their wine. First, they have to climb a 30 or 40-foot palm tree with a sharp bolo dangling from their waist and then attach a plastic soda bottle to a severed flower stem and then return a couple of weeks later to retrieve the bottle. 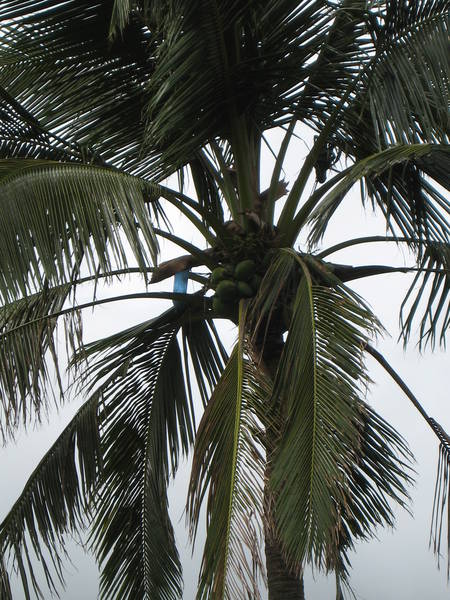