I started organic ginger bug with brown sugar and saw bubbles on day 1, day 2 and day 3 but on day4 and day 5 (today is day 5) there is no bubble.
I fed it every 24 hours with 1 teaspoon organic ginger and 1 teaspoon brown sugar.
I used non-chlorinated water and used wooden stirrer only.

1. when this bug will be ready?
2. when will it start bubbling from bottom to top?

Please comment and let me know what if its going good or something is going wrong? 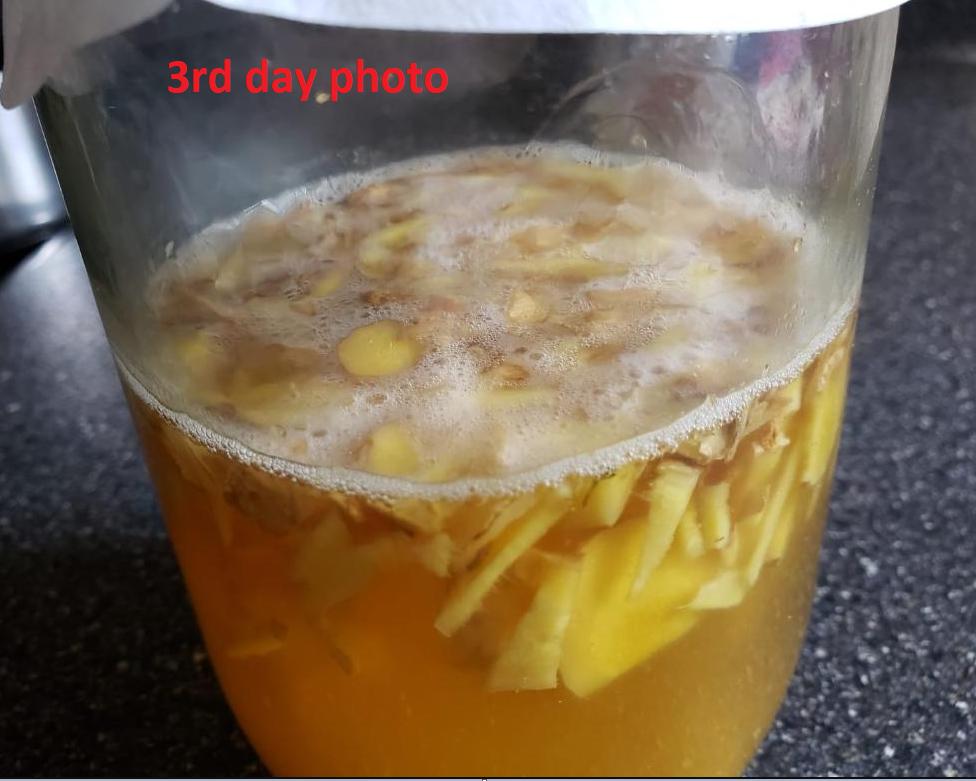 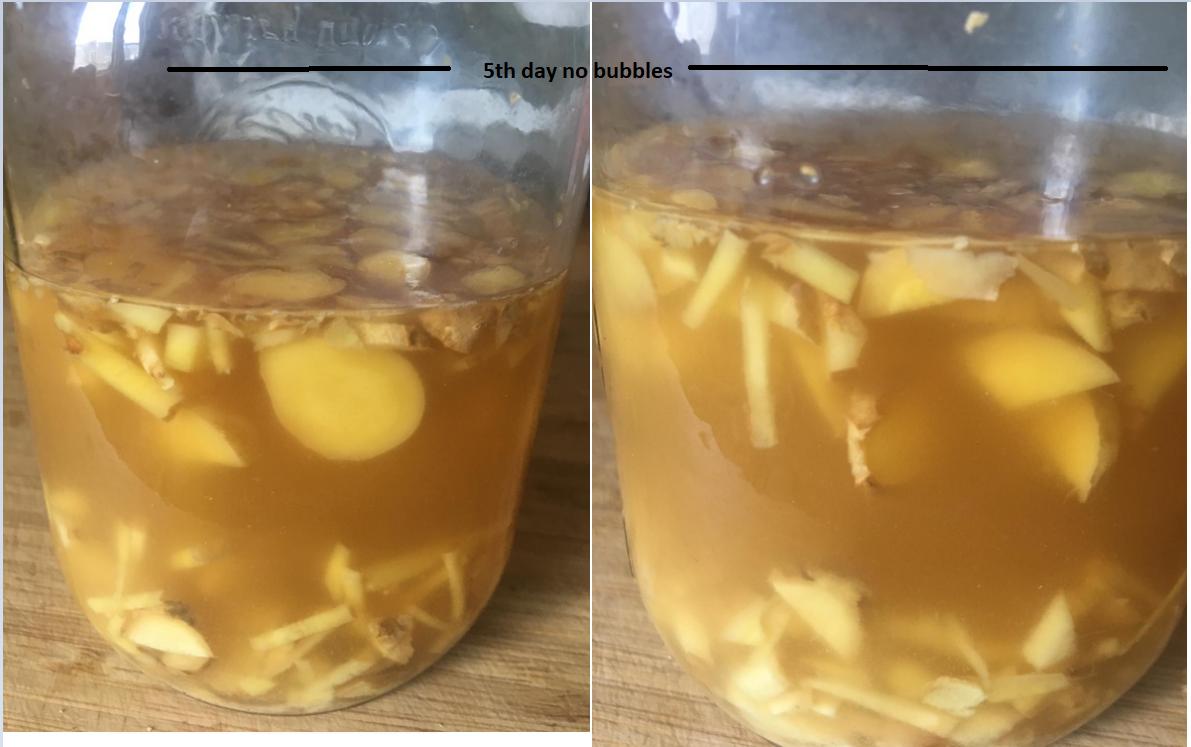 I've been maintaining a ginger bug going on three years now and have not done anything other than semi-regular feedings with white sugar. My bug was started with about 500g raw ginger, half of it sliced and the other half chopped through a food processor to increase the surface area of ginger to liquid. Filled the Mason quart jar with De-ionized (distilled) water enough to cover the ginger thoroughly but with a little head space for air to expand. I originally fed the bug with 1tbsp turbinado sugar each day and, like you, it was bubbling nicely. After about a week, I made a batch of ginger beer using the liquid from the bug and it came out okay.

I then replaced the liquid with more DI water, fed this time with white sugar and left it on the counter to rebuild. Within a few days it was bubbling again and has been doing so for three years now and supplied "bug juice" for multiple ginger beer batches. I actually keep two going, both from the original bug. The second was an experiment in longevity of the bug without feeding and had a surprising result.

For the experiment; I placed some of the original ginger slices from the bug into a second quart mason jar, filled the jar with DI water, fed it once, waited for bubbles, then placed it in the refirgerator and didn't feed it nor open it for over a year. The result was a pretty amazing batch of very mild ginger vinegar that I use for some recipes now.

My findings are that ginger bugs prefer white sugar as it's more readily consumed and they have a difficult time with the darker sugars due to the higher ratio of molasses and more complex sugars. Occasionally I will take a spoonful of the bug juice and taste it to check viability... if syrupy; the yeasties haven't yet consumed enough sugar and, so long as they are bubbling; I will leave it on the counter at room temp. If I need to stall it or don't want to make some ginger beer; I will place both bugs in the back of the fridge where it's coldest and let it go into hibernation.
You must log in or register to reply here.
Share:
Facebook Twitter Reddit Pinterest Tumblr WhatsApp Email Link

making ginger bug but it didnt show up after 4 days

T
HELP Bug In MY Brewery