I purchased four used kegs a while ago, two of which I just got around to cleaning out. The first had a stripped thread on the 'out' side and may be unusable. I'm unsure at this point if the seller will honor a refund, but that's another issue.

I'm cleaning the last keg and notice what I thought was residue on the rubber top doesn't scrub off. It does scratch off though, like dried-on paint would. Also I may be imagining it, but I may detect a faint whiff of paint as the inside soaks in oxiclean. It did come with a small amount of soda in the bottom like the other three kegs, but unlike the other three it doesn't have a lingering soda smell.

What are the chances I'm right? Could it be something else? My instinct says I shouldn't use this, if it was used for paint, even if the interior is spotless. Appreciate input on this. 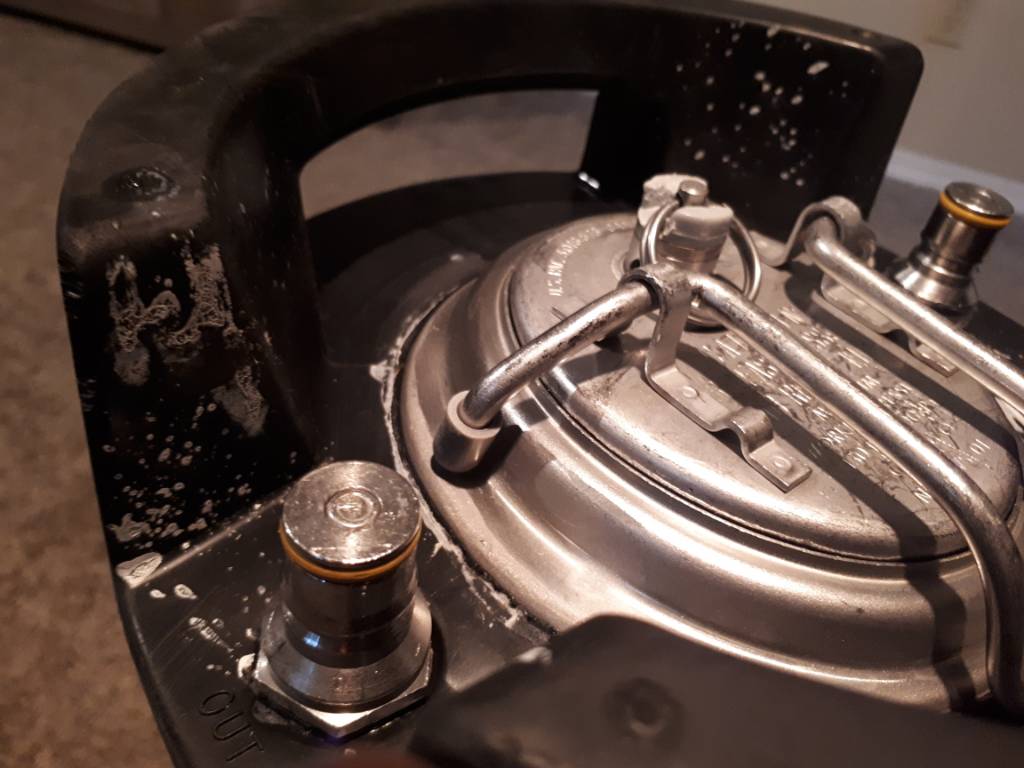 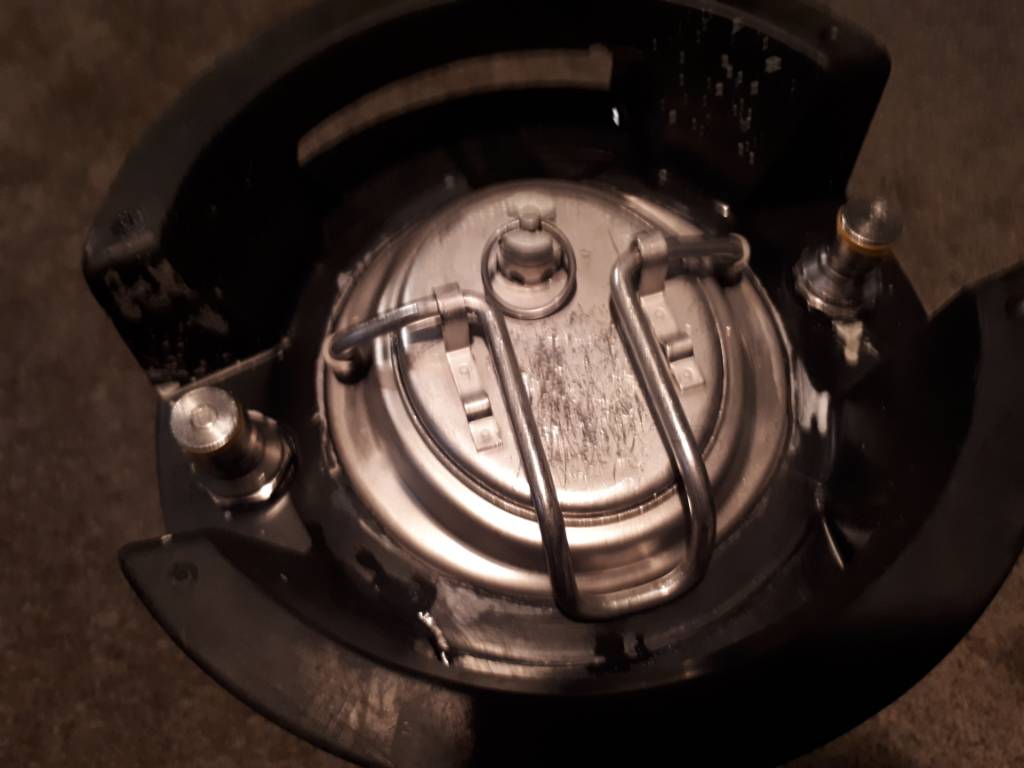 I think I’d call the seller and ask if it was used for paint. They might not know but I’d ask.

I can’t imagine why they’d be used for paint but I guess it could for some reason.

That doesn't look like paint to me. Even if it had, to what end? And how would it have been cleaned out?

Did you remove the posts and dip tubes? If it had been used for paint I'd expect to find dried paint somewhere underneath them or where they contact the keg.

It looks more to me like something splashed onto the keg.

BTW, just cleaned the outside of a keg that had mold on it. I filled a small tub w/ hot water, added PBW, and let it soak for an hour. You might try that and see if it comes off.

Thanks for the replies guys. I don't know what it is, but its adhered like paint and scratches off like paint too. There's a ring of it all the way around the mouth. I will try making an oxiclean bath and soaking to see I'd it comes off. Thanks for the idea.

As for the seller, it's a big retailer and they're not always known for trading in good faith.

Your supplier probably bought the kegs in bulk and then retails them out. Its a used keg, you've got to accept that there might be some problems. Maybe next time you need some kegs, check out your local craigslist, then you can look them over before buying.

So if you DON'T think your supplier treated you right, why not go ahead and say who it is? Why the secrecy?

Contact the retailer first if you feel it is unacceptable before "outing them"...... always give them a chance to provide customer service before going down that road.
I have a tall, narrow garbage can that I use for major cleaning of kegs. It is only a little taller and wider than a keg. I put the keg in the garbage can and do a double/triple dose of PBW and fill the entire thing with hot water. The entire keg ends up 100% submerged. Not something I do all the time, but it works great for major cleaning of used or really dirty kegs.

I thought I had a keg leak and sprayed Star San all over the top looking for bubbles (couldn’t find my regular water bottle) and didn’t wipe it off very well. After a few days it looked just like that.

No leaks but not carbing